I'm back with another post to show you my Iron Father Jebez Aug! I have recently completed adding transfers to him but I have had him mostly painted up for a quite a while as he is another model I started before I joined the blog. 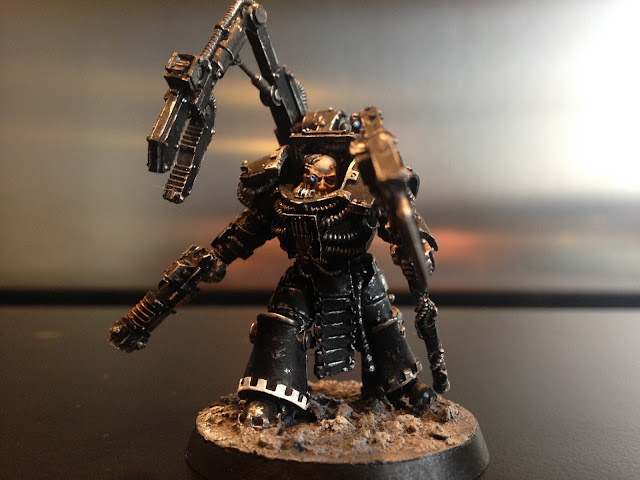 Now I may end up using him as two different characters, the first being Jebez Aug and the other being Autek Mor but this will depend on which campaign or scenario we end up playing. 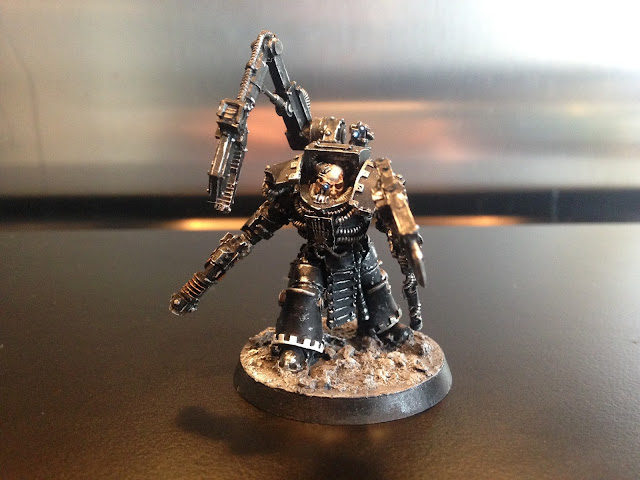 However, he will probably stay as Aug because of his ties to the Sorrgol Clan and Captain of the 10th company Shadrak Meduson. If you haven't heard of Aug yet he is a character from the black library books and the Warhammer World exclusive book Meduson as an Iron Father of Sorrgol. 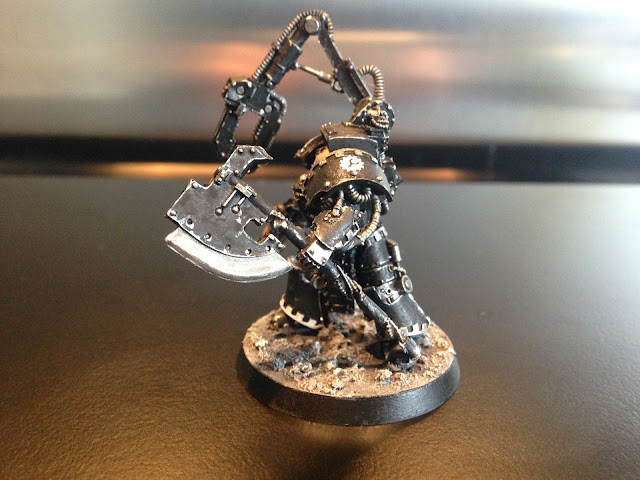 I won't give much away if you haven't read about him just yet but he is part of Medusons shattered legion force. So I am planning on using him through my stories to interact with Aveinus Kaane and Meduson (When the model is hopefully released!) 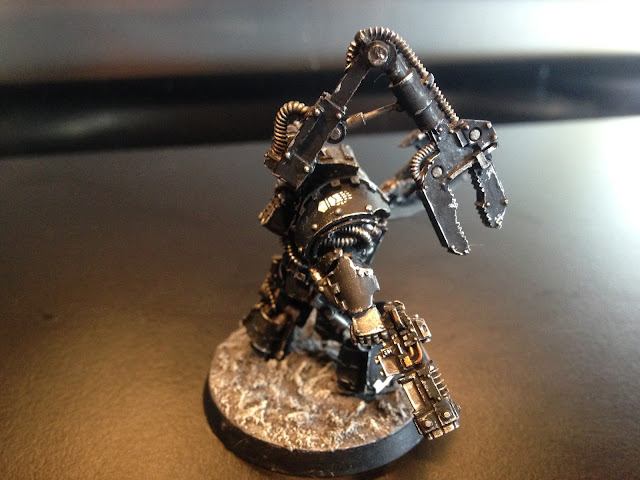 I have just armed him with the standard load out but the kit does allow you to use different hand and weapon options and it was a really nice model to build and paint. One thing I will mention is that when I applied the transfers I chose to have the Iron hand symbol with the fingers facing forwards, purely as a personal preference because from the front of the model you can't see the transfer, where as from the back you can and I just preferred the way it looked. 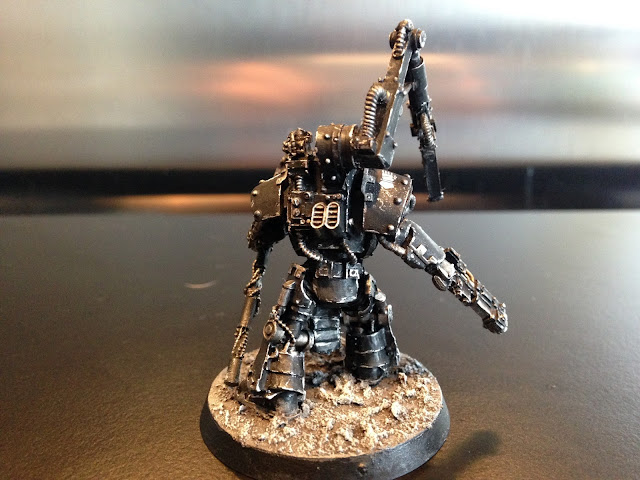 You will see his story and past fleshed out as we start our campains and it will then filter into the black library fluff when we eventually reach the heresy. 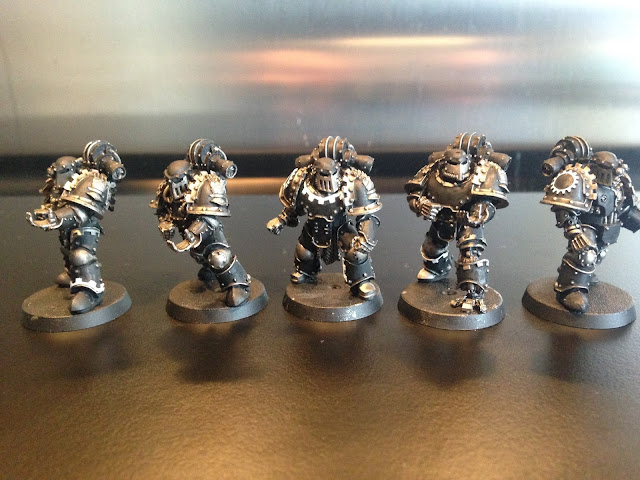 Just on a side note I thought I would just show you a quick work in progress shot of my plasma gun support squad. I've now completed the Leadbelcher, wash and just need to add the white to the eye lenses before I use the Guilliman Blue Glaze. So these should hopefully be completed for my next post at the weekend!


So I hope you like my Iron Father, let us know about what you are working on at the moment too before it gets busy over the easter weekend!