Today I want to show you my take on Kurtha Sedd - a Chaplain in order to have a legal, playable ZM force for my Word Bearers (or atleast, the start of it!). Need to admit, I wasn't really a fan of that model as a Word Bearer when they released Betrayal at Calth - he just looks too generic. But it is at it is, they made that guy Kurtha Sedd, and the model grow on my during painting. I still may convert a Maloq Kartho in the future, who will get a more chaotic armour and serve as propper chaplain or diabolist - 'till then, this model will have to work!

The Faithless Friend, The Hidden Dagger, Dark Apostle of the Word Bearers 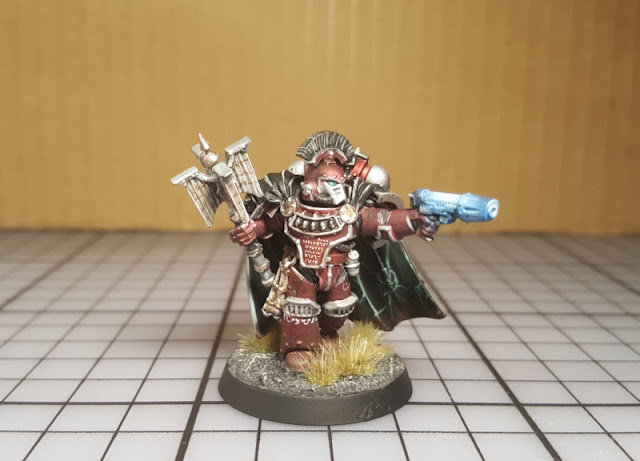 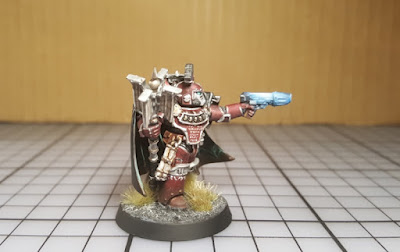 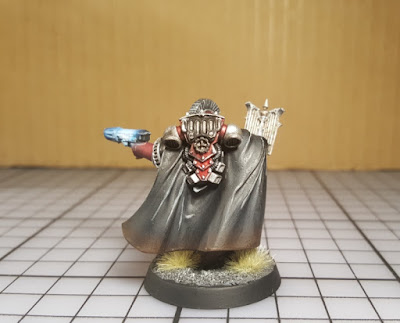 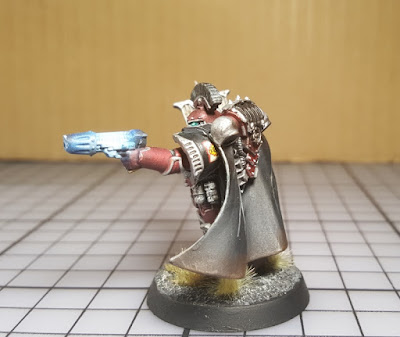 A veteran Chaplain of the Chapter of the Third Hand, Kurtha fought at the forefront of the Great Crusade. He became known for his boundless drive, faith, and heroism. During his Legion's worship of the Emperor, he was told by Lorgar himself that the Master of Mankind was watching and taking notice of him. He later fought alongside the Ultramarines against Orks in the Ultima Segmentum, gaining the friendship of Steloc Aethon, Captain of the 19th company.

However after his Legion's censure at Monarchia, Kurtha Sedd's sanity began to slip. Shortly after this, his despair and rage drove him to massacre a group of pilgrims within a prayer hall. Remembering Lorgar's words, Kurtha became panicked that the Emperor had witnessed his shame and became certain that retribution would come. However retribution never came, and his Legion's officers covered up the incident. Having come to realize that the Emperor was not an omnipresent, divine being, Kurtha renounced his faith. He pledged to undo the works of the False-Emperor just as his Legion itself fell into the corruption of Chaos. His fanaticism led him to be selected by Kor Phaeron to lead a portion of the Word Bearers contingent against the Ultramarines during the Betrayal of Calth. Upon hearing that he would see his old friend Aethon again, this time as an enemy, Kurtha felt a twinge of regret but this was nothing compared to his burning hatred ... 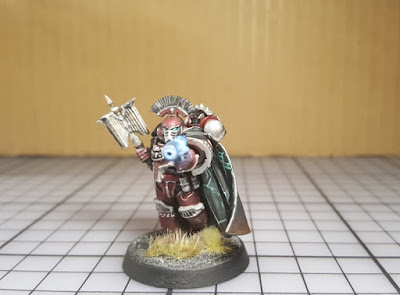 Hope you like him - my next projects will be a Heavy Support Squad - and of course Orks! Thanks for reading ^_^