Hi all.
Another busy week in the Bunny camp. So let's see what we have been up to: 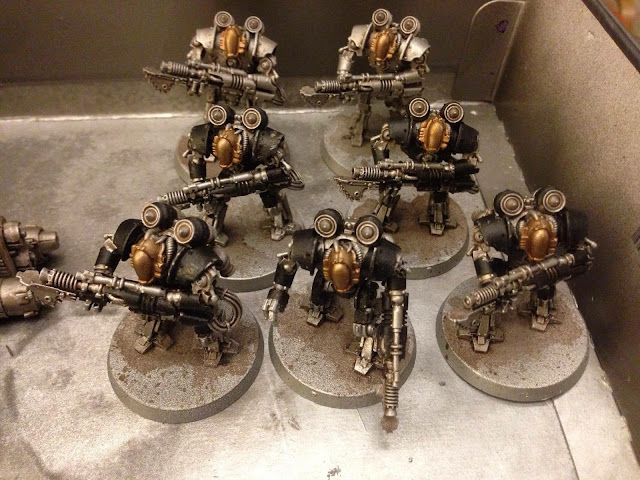 This week King Fluff has been slowly progressing his Mechanicum and Night Lords, expect posts in some finished units over the next few weeks. 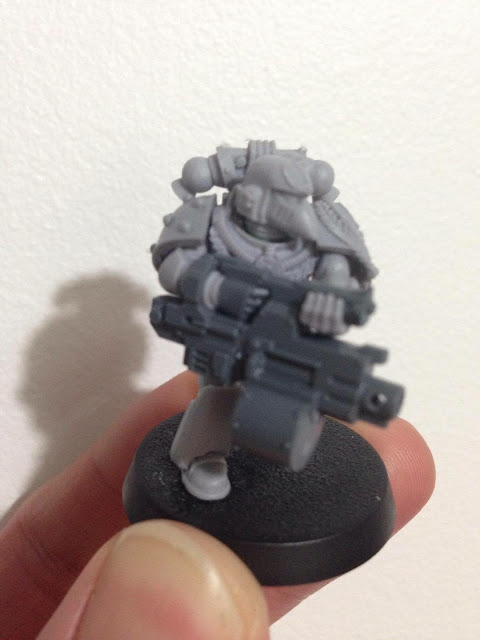 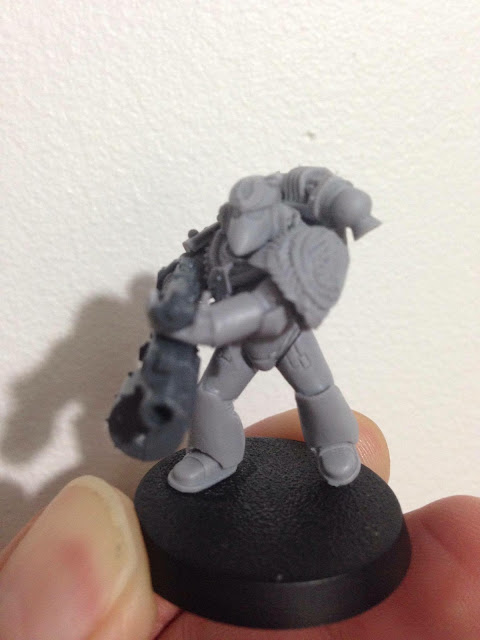 Kaelo has been assembling a veteran squad for his Raven Guard. Here is a preview of a Heavy Bolter marine as part of that squad. He will be armed with a suspensor web allowing for a mobile ranged squad with the sniper rule. 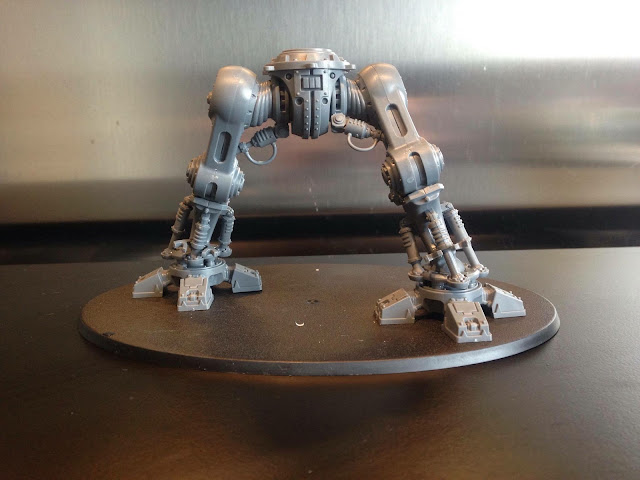 Aveinus has started building his Questoris Knight-styrix this week and hopes to have if built in the next few days. 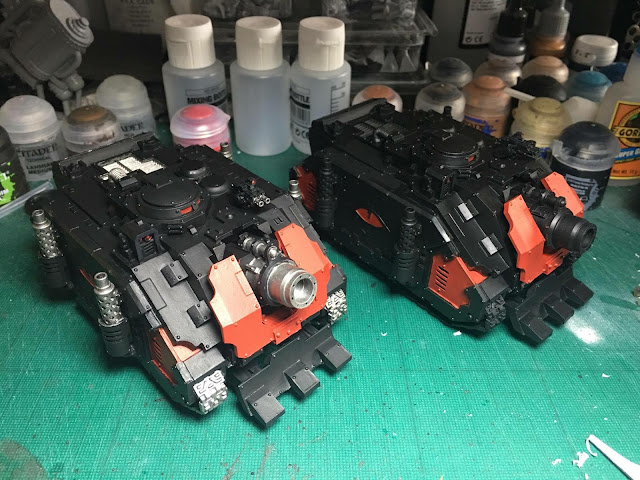 Darien has finished painted his Land Raider MK2B and has now started working on his 2 Vindicators for his Sons of Horus First Company. 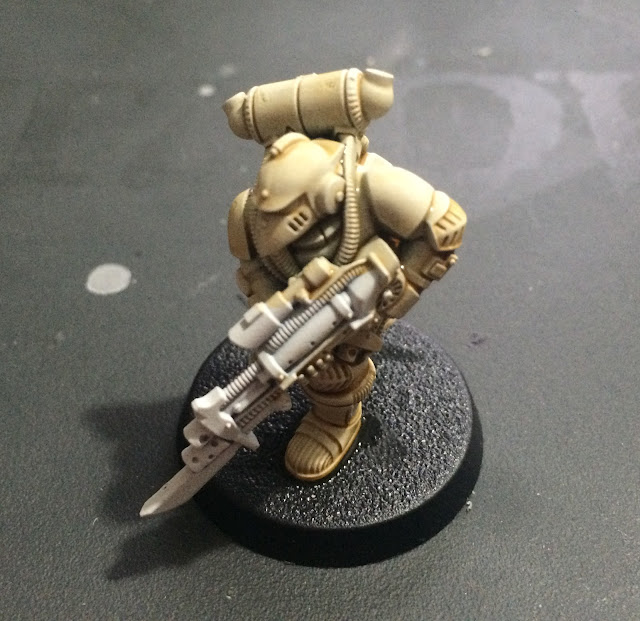 Drake has already shown off his first Ltd Ed Imperial Space Marine earlier in the week. He also at the same time worked on his Death Guard Legion version which is also complete. You should see the finished model within the week. 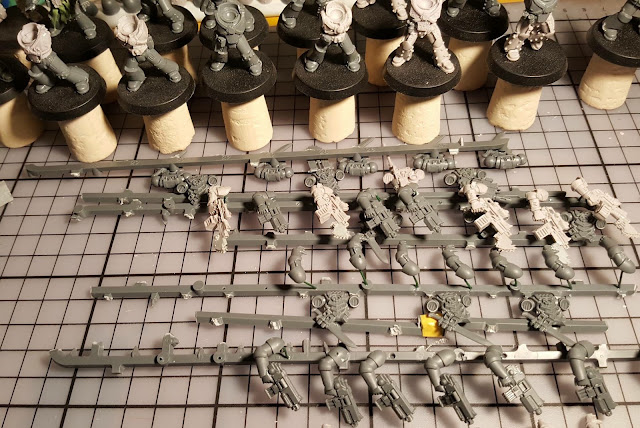 Atia was busy working on her Contemptor Dreadnought this week, who shall be revealed in the next days. She also started to prepare her 15 Tactical Marines for painting. Last but not least, there are some whispers that her Word Bearers are trying to summon another Greater Daemon - stay tuned! 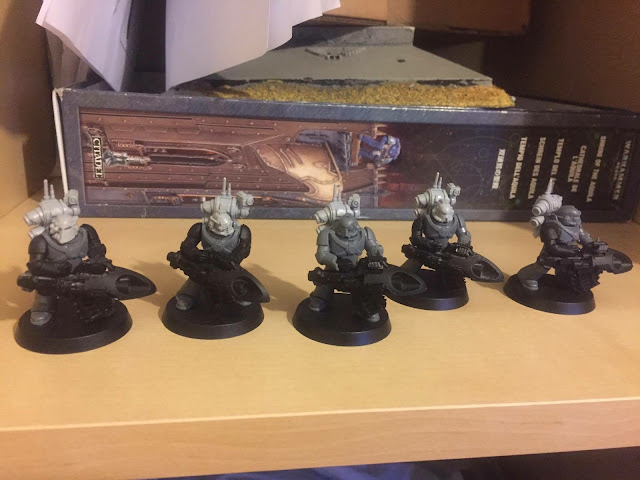 This week Tylar has used his limited hobby time to clean prep and build his next addition. A Missile launcher Demi-squad with the new Proteus II pattern launchers.
He hopes to complete these over the next week or so before moving onto a Tactical squad. Look out for his upcoming Tank post.
That's all of the updates for this week. Go on guys. Comment below to let us know what you have been working on!
Drake Seta
Posted by Drake Seta at 20:10