I'm back again for another post in the same vein as last weeks. I did enjoy the post as it gave me some new insights on the best way to field the Immortals and how to play with them. Again thanks to everyone who commented last time around and thanks to Unknown, Kylare and Jack for the comments I didn't get the chance to reply to with being away.

So the Gorgon Terminators.... 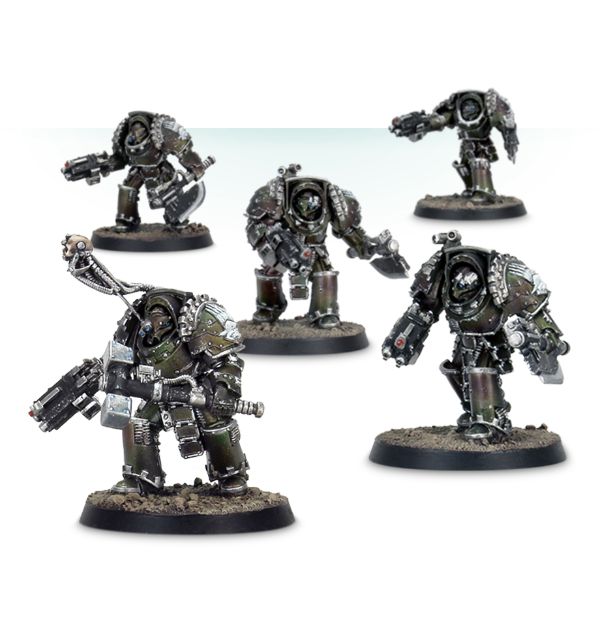 Now as you have probably seen on the blog, I currently have five Gorgon Terminators completed. When I bought them initially they were one of my first ever heresy units so I armed them in the way you can see above. Again I wasn't going for a competitive build, as I wasn't playing games with them at that point. Currently I am a bit underwhelmed by the Iron Hands special units so I was hoping to see if for the next five, I could find a better way to field them. 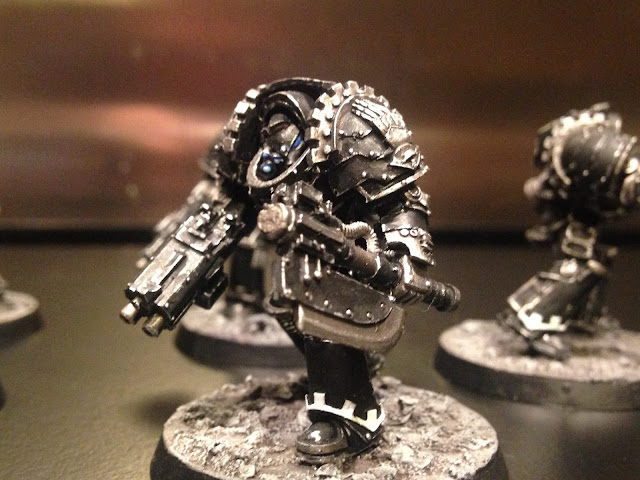 So without posting pictures of the rules or stats on the blog, i'll just note down some of the key special rules and weapon options below for discussion:

- Legiones Astartes Iron Hands (For the -1 strength to shooting)

- Implacable Advance (Allowing them to take objectives, where the Immortals can't)

- Gorgon Pattern Terminator Armour (To me it doesn't seem very useful, allows them to have the blind special rule in combat)

As for weapons they can swap their power axe and combi-bolter for:

- For every five also have the option for a heavy flamer, autocannon and graviton gun.

- As for the sergeant he can't change from the hammer but can take a combi-weapon, grenade harness and cyber-familiar

As for my experience using them, its pretty been poor so far. It is likely down to how I have the weapons set up or how transport them but I am looking to change that as my gaming experience grows.

So how would you field the Gorgons? Let me know about what weapons you would take and what tactics you would use for them?