I have spent the last 10-11 months working non stop on my Sons of Horus First Company. I am running out of steam and models to paint for them, having finished about 5500 points! I still have a little bit to finish off and I will hopefully be completing a few more bits ready for the Shadow War campaign at the end of October.

I am now looking to get going on my next legion, The Emperor's Children. 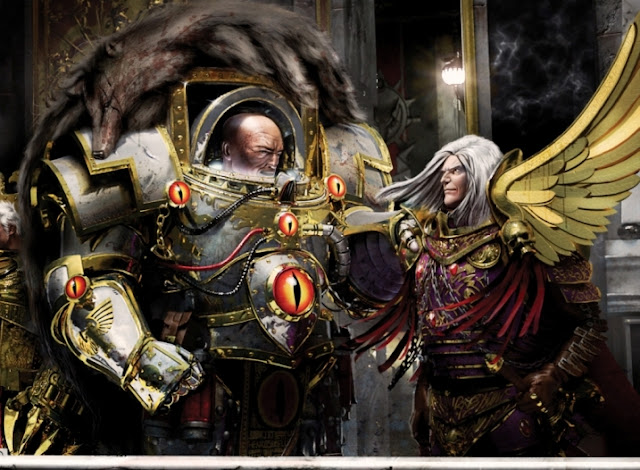 I found coming up with a list to be quite straight forward. I wanted to include elements that I felt suited the legion as well as those that Fulgrim was known to favour. I also wanted to make sure they play very differently to the Sons of Horus. As such I have planned to include lots of marines, some fast moving elements and of course the legion specific units. The legion will be set in the great crusade era so will be seen at its high and before it starts it fall to Chaos, meaning I won't be making any use of  Kakophoni or Sonic Shriekers.

The army will be headed up by a bunch of different characters depending on the campaign they are fighting at the time. Fulgrim, Saul Travitz, Eidolon and Darien Vasco will be main leaders. The current line up for the army is as follows:

It will mostly be used with the Emperor's Children Rite of War The Maru Skara. Which will add another different level of play feel over the rest of legions.

As for painting I am planning on getting some test models done soon, I think I will be using a metallic scheme to match the art from the black books. Base coat leadbleacher, zenith highlight with runefang, wash with nuln oil and then wash with Eidolon clear from forgeworld. I am not sure what gold to use yet, so any suggestions you have would be greatly appreciated. Hopefully this will then look like this: 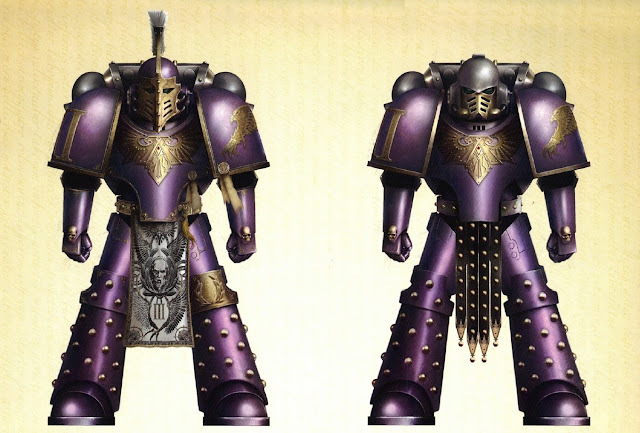 I would love to know your thoughts on the list and paint scheme plan!

Darien
Posted by Darien Vasco at 21:35