Tonight I would like to introduce you to my 30k avatar; Castiel Druas. I will go in to his rules in a later post, so today I will be looking at the model that I have kitbashed/converted. 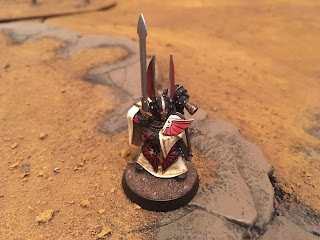 The base model is the Commander from Dark Vengeance, I then replaced the helmet with one of the Forge World, Dark Angel specific heads and then glued the wings back on. I wanted Castiel to be obviously Caliban born and I hope that comes across in his attire and the equipment that he uses (which I will discuss more next time). 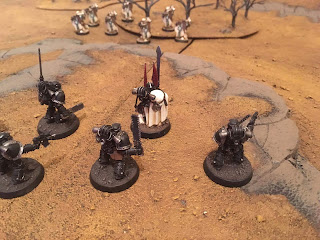 Castiel and his bodyguard of despoilers launched a counter-attack at the Death Guard breachers on the desert planet Karadrex. 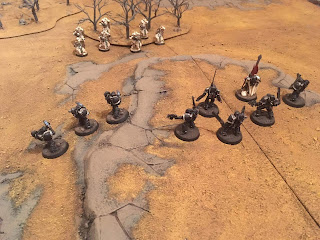 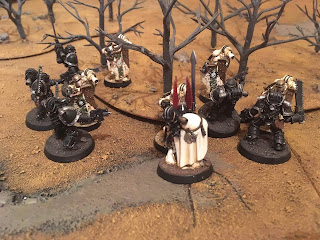 Fighting his way to the marines, an aggressive combat ensued with casualties on both sides. 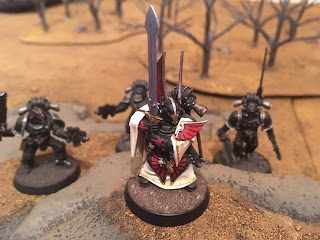 In the end, Castiel was victorious and returned to the main thrust of the Dark Angel assault.

I hope that you have enjoyed my post. For my next one I will be showing you more of Castiels rules and a discussion around them.

Castiel
Posted by castiel druas at 22:25