Hi all
Another Horus Heresy by John French is approaching. His novels have been very good in the Horus Heresy setting so I am really looking forward to this one. 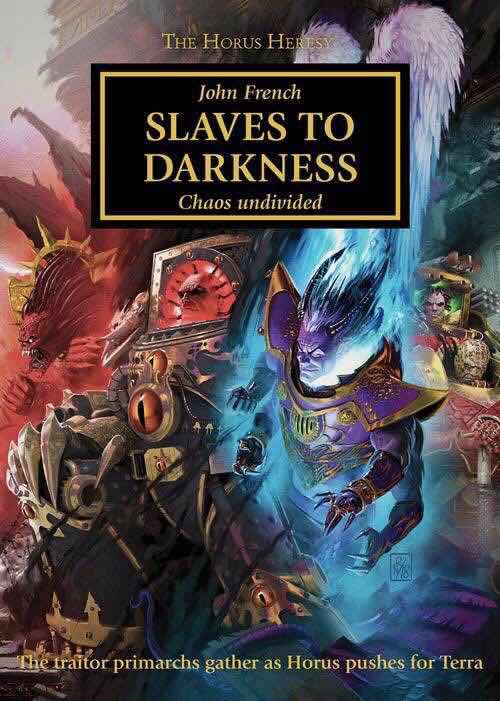 So we have from left to right:
Daemon Angron. Damn he looks evil. The cool thing about his image, is that you can see aspects of his FW pre-Daemon design in his new look.
Big H. Well he has some new Chaos arrows on his armour plates, I can imagine him getting a new model before the Siege of Terra (as many other Traitor Primarchs will).
Fulgrim. Well he looks about the same as from the front of the last Novella he was on the front of. Smaller than I expected though.
Perturabo. Always in the other’s shadow. Love this guy, still looks like he has not had much Chaos-Work done, but is that a multi-launcher on his shoulder?
Lorgar. He looks a bit more like the old art of Erebus now. I assume that’s not scarring (Plasma Blastgun double tapping) and it is in fact cuniform scripture.
Other than that. It could be that Morty is there (2 big white wings), but if that is the case, he really got hit with the Black and Gold box.
Drake Seta
Posted by Drake Seta at 18:00