Hi all
Here is a review of the Beasts of Chaos Battletome. 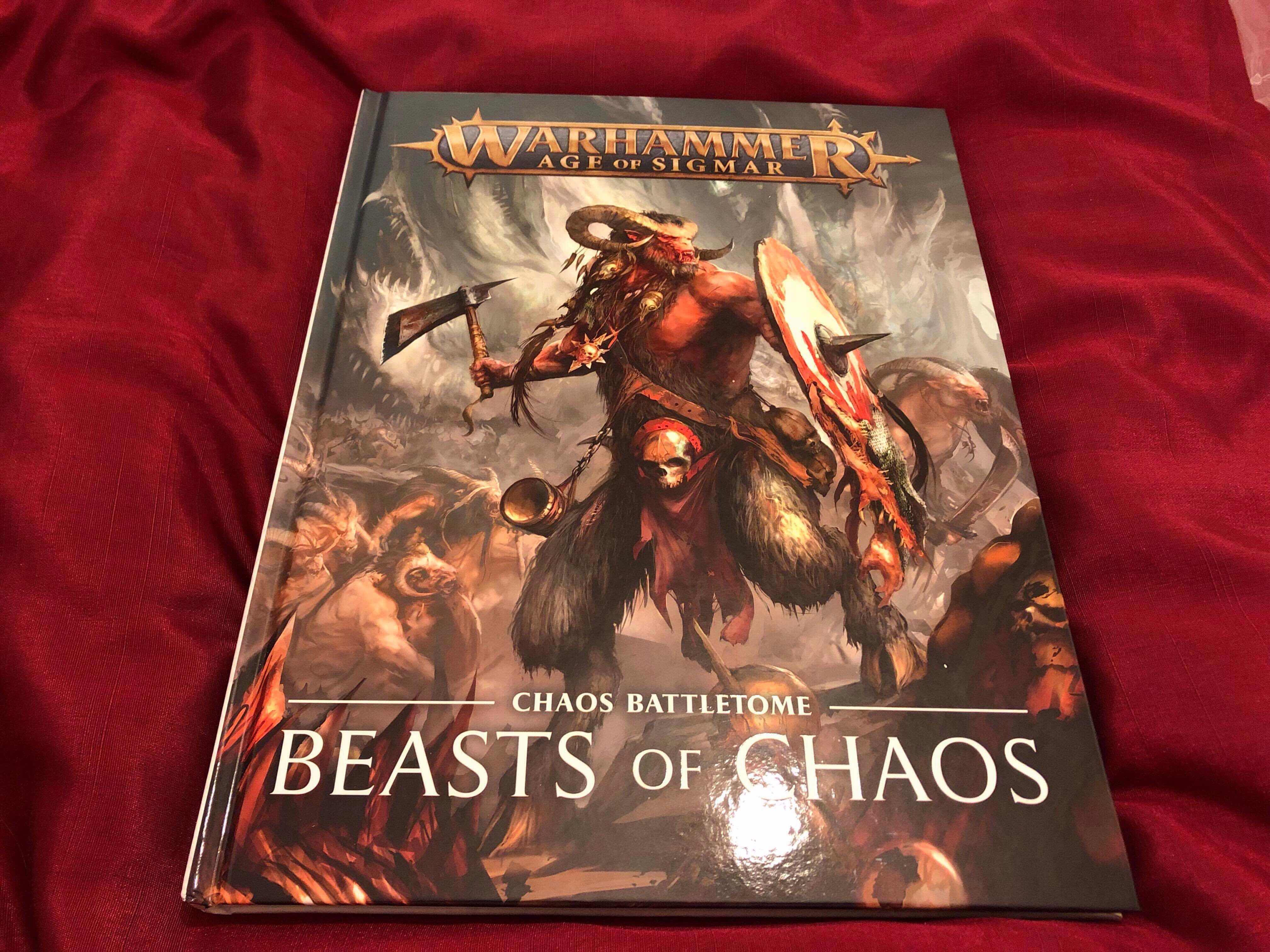 Lets start by looking at the fluff! The Beasts of Chaos believe themselves to be the true, pure children of Chaos. They inhabit the mortal realms in great big war hosts called Greatfrays. Each Greatfray has a distinct way of fighting, hierarchy or deity that they worship - really it’s just a great way for players to take a chance to do what they want. The Beasts of Chaos have an unknown origin and it is only speculated at where they came from.
Some of these Greatfrays owe allegiance to the major Chaos gods, such as the Twistfrays who worship and have gifts from Tzeentch and the Rotfrays who are corrupted by Nurgle. 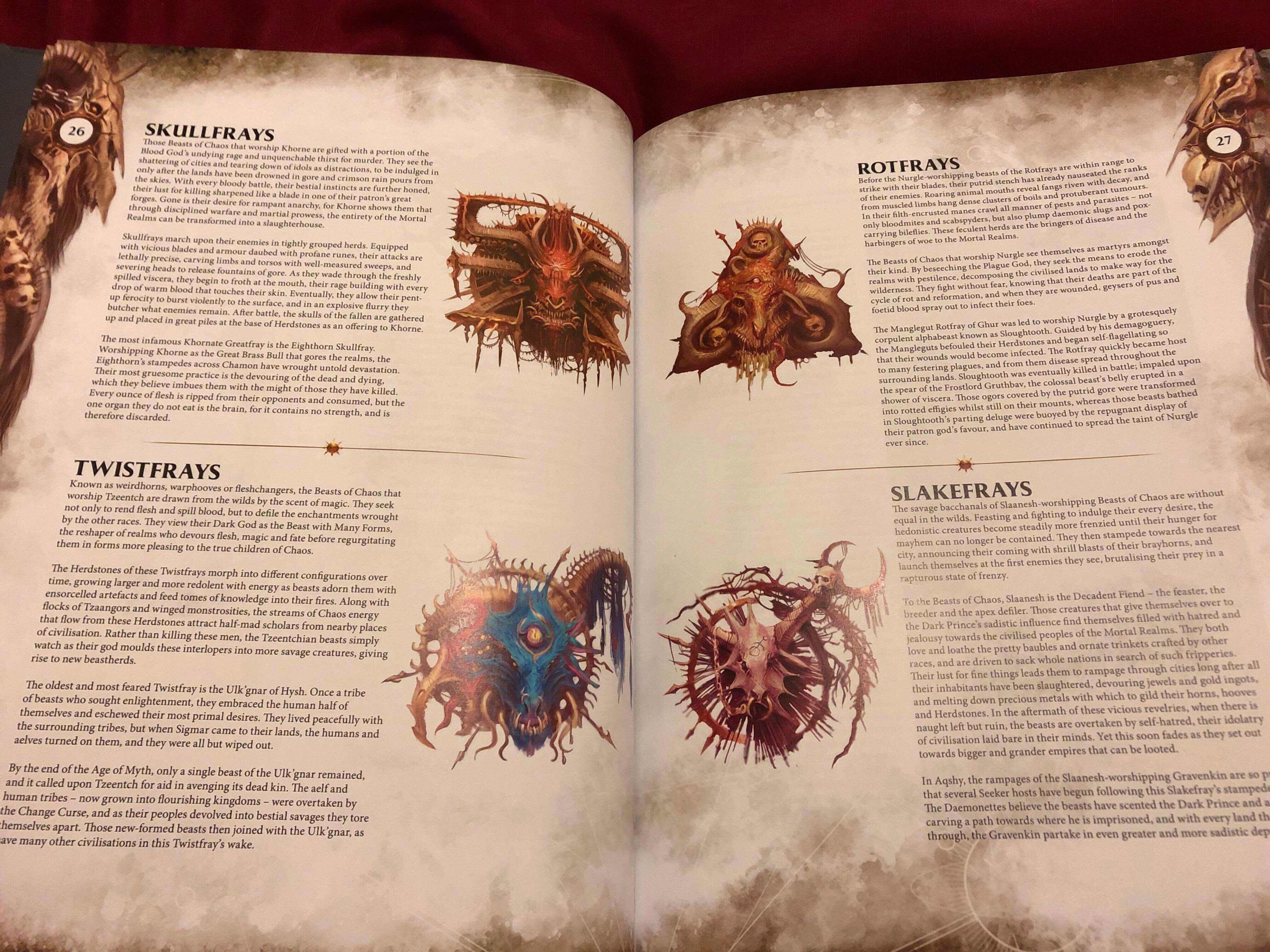 The main Greatfray is called the Allherd which seems a bit like a good all-round standard with tonnes of variety. Personally I like the sound of the Rotfrays as I can imaging all of the bloated and diseased conversion possibilities. 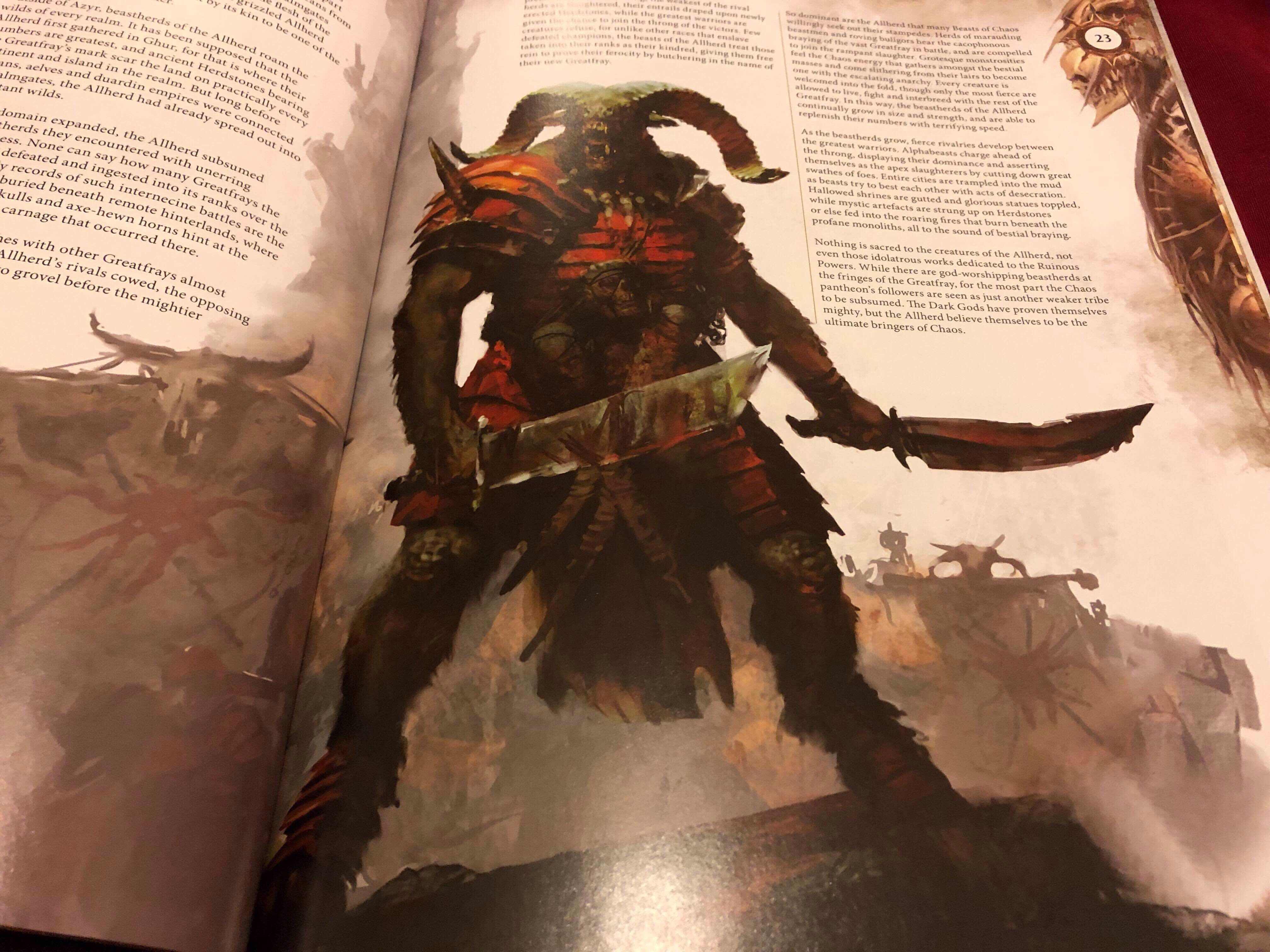 Each of these major Greatfrays have access to their own Command ability, spell and Artefact of power and they also gain an army wide buff to reflect their fluff.
There are also paint guides in the book to show you different ways of painting your Beasts of Chaos force to match the different Greatfrays. 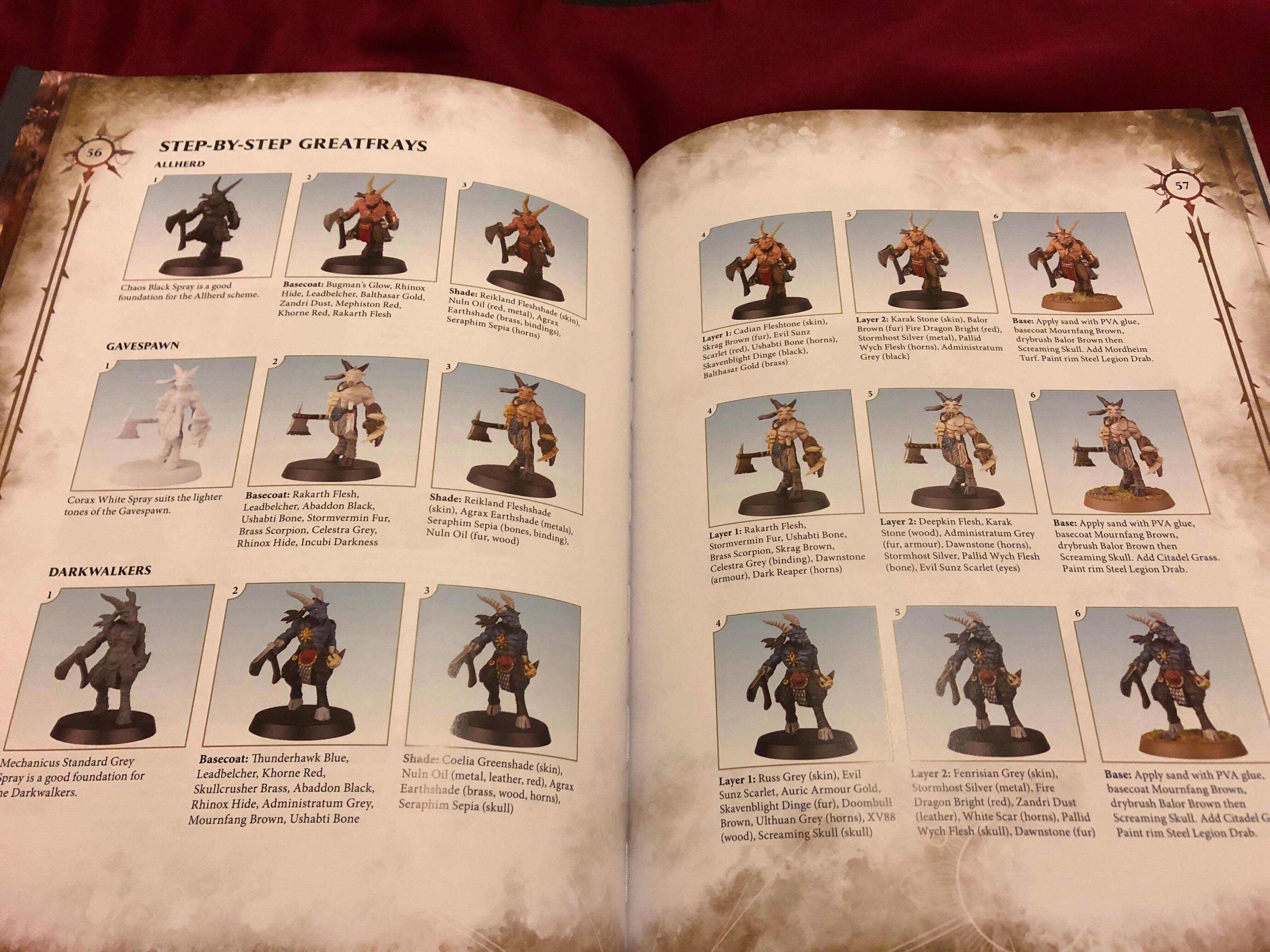 Included in the book is also a section of artefacts, command abilities and spells which can be used for each faction within the Beasts of Chaos book, such as Brayherds, Warherds and Thunderscorn.
All in all, this is a great book with many options to keep Beastmen players happy.
Hope this has given you a taste of the book but for more information Warhammer Community have done some solid previews which can be found here:
https://www.warhammer-community.com/2018/09/11/11th-sept-battletome-beasts-of-chaos-preview-1-the-army-with-loads-of-allegiance-abilitiesgw-homepage-post-4/
Posted by Drake Seta at 18:58