The momentum continues to build back to 30k! After the Horus Heresy Weekender in which we saw loads of great new models released and preview. Today we have a huge update to the FAQ and Errata for the Age of Darkness.

At the time of writing the Community site didn't have the latest version up but a link was available via Forgeworld on FaceBook.

There are many small updates around wording and clarification. I have listed a quick breakdown on some of the bits that I felt stood out.

Malcador Tank - no longer a super heavy, this is an interesting change but not something seen around all that much. Doubt this will change that.

Augary scanners - back to 18" for infiltrators and for reserves. This is great, full range inceptor seemed a tad to harsh for certain armies.

World Eaters - Angron got a very minor update, now has standard Feel no Pain. Gahlan Surlak has a clarification as well.

Ultramarines - small wording change relating to playing with Guilliman. Looks like you could potentially lose another VP if he dies due to 'Rigid Chain or Command'. Though lets face it he is hardly easy to kill!

Raven Guard - Mor Deythan gained Implacable Advance (become scoring). Cool change though they not sure how usual it really is.

Alpha Legion - Headhunters, they didn't get the points reduction I felt they needed but they did gain Implacable Advance and Preferred Enemy (infantry). Dedicated transports also no longer remove infiltrate. Not quite as much as I had hoped for but making them scoring helps. Preferred Enemy is ok if you don't use Alpharius otherwise a bit pointless. Not losing infiltrate when in a rhino could be handy for keeping these guys alive.

Mechanicum - Graviton Hammers have a profile update, I'm not very familiar with them so not sure what has changed.

Space Wolves - Clarification regarding how apothecaries work with Warriors Mettle. 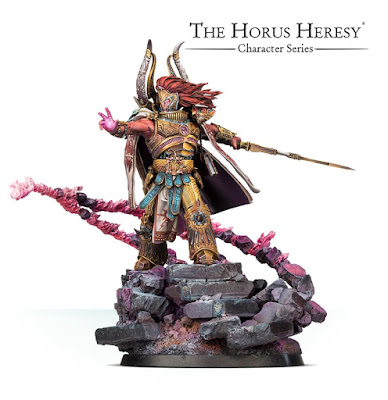 Magnus the Red - He has a whole new profile listed. This is fantastic all the changes that were needed have now all been made and he is now what I expected him to be in the first place. The new Age of Darkness rule book removed Invisibility. This FAQ changes his negative to hit to a max 6+, this is still pretty annoying but at least he can be hit now! His super psychic powers are now an upgrade to his base profile and cost you 175 points more!! And to go along with this he has lost the ability to make them Destroyer attacks, and they only increase by a D6 in strength rather than 2D6.

Acastus Knight Porphyrion - new profile. Not sure whats changed as I wasn't familiar with the last one.

Special/named Dreads - check the list some can now take a Dreadnaught drop pod.

We also have some new Playtest rules for several units.

Moritat - This looks good - 6 shots for each pistol type weapon. With Melta and plasma roll separately as soon as you roll a 1 the shots for that gun stop. The 'Chain Fire Overheat' rule has been removed. So plasma Moritat's look a bit stronger.

Praevian - Legion Inductees rule has changed each legion now give one specific bonus as apposed to the whole of the Legion Astartes rule. 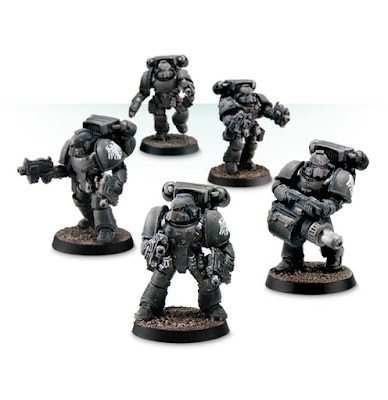 Destroyers - these guys have benefitted hugely! Base points reduction, increase base attacks and hardened armour. Point reduction for extra bodies and upgrades. Jump packs now per model and not unit.

Palatine Blades, Phalanx Warder, Medusan Immortals and Ashen circle all have new profiles. It looks like point reductions across the upgrade sections for these. I'm sure these will all be welcomed as they aren't seen all that much!

Overall a great set of updates to the game. Magnus and the Destroyers are the highlights for me. I've seen Magnus arrive in a drop pod and knock out nearly 2000 points of stuff in one power so this update is very welcome for the community. I've always liked the look of destroyers but they have always been over costed for the rules, now they look great.

All this excitement around 30k has started to get Bunnies refocused on the Horus Heresy so look for more content coming up soon!

Whats your favourite change from this update?