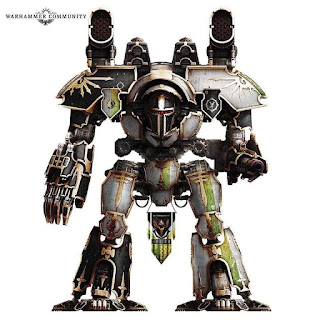 As a quick break from the hobby side of things, I'd like to highlight my titan legio rosters and what maniples are available to them.


It took me a while to work out how I was going to generate the names but what I ended up doing was spending a lot of time skimming through Magic the Gathering white holy themed cards and the bible and built a dictionary of words which I could use. From this dictionary, I created around 40 different names, all of them unique and not combinations of each other; I figured the translation process to "High Gothic" would mean that I would have to use synonyms and therefore similar names may actually translate as exactly the same in. In regards to translating, that was pretty easy, Google translate English -> Latin and then tweak using synonyms and such.

As mentioned, I have about 40 names total so I have another 20+ names which could potentially be useful for the rest of my titans - there are some particularly grandiose but not dripping with religious reference names that I can use for those but I want to see what legio I end up with first!