Tonight we are promoting a Kickstarter project by one of our authors who is on sebatical - Kaelo Rylanus! 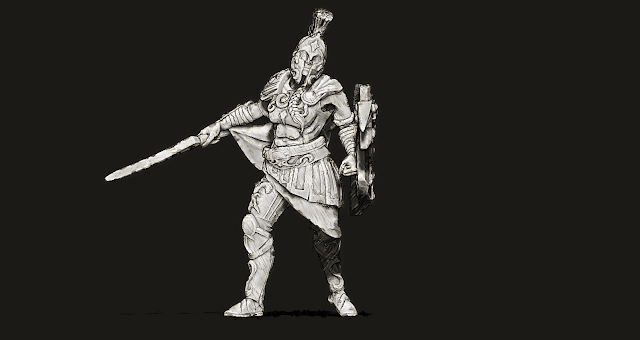 Kaelo has been an avid war gamer for two decades and, with an admittedly limited budget, he has decided to create the ‘fantasy wargame he has always wanted’ lol. 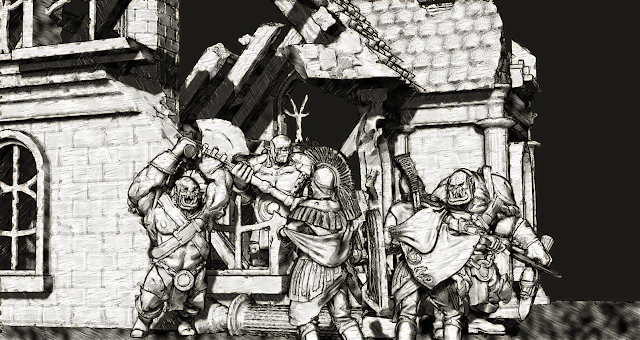 Drakenheim; Emerging Empires is a 20mm tabletop war game set in the war torn world of Mythrandris. As a new, sandbox style IP it boasts the ability for gamers to eventually create their own narrative and areas of the world. With various civilised cultures on the horizon there is a sense of realism that other fantasy games have moved away from. The Corustir look like a Roman and Greek, elf mash-up and the results are awesome - whereas the huge Orcs (known as Drek in Drakenheim) look menacing and devastating - to name just two. 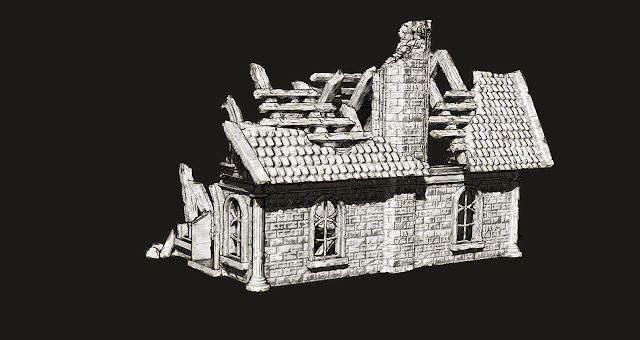 I have had the chance to play some of the Beta rules that will be available after the Kickstarter and from what I played - it was tremendous fun! The game features a very interesting activation mechanic which means that there isn’t really player turns but more that players perform actions almost simultaneously - Kaelo calls this 'active and proactive' decision making and it feels like it works (however we only played a small battle of 80ish per side and I haven't had a chance to play a large battle of 800-1000 a side - which Kaelo believes is perfectly achievable). 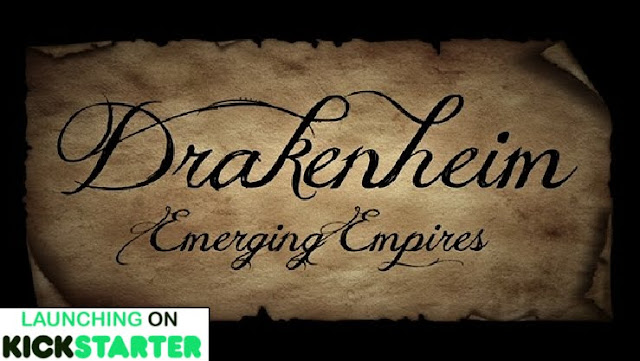 The game features some very simple mechanics for determining the outcome of combat so fights are often brutal affairs - for me, this is quite nice and realistic and it never felt watered down or unfair. The combat was punchy, flowed and made a lot of sense. Fighters roll to hit depending on their prowess and successful hits then roll to wound. Models that lose all their damage points are removed from play. No saving throws. The complexity and balance comes from what the target of the attack happens to be - for example your elf may hit the opponent, but it's far easier to damage a human in light armour than a massive Orgrek (half Ogre, half Orc!) In heavy armour. Models with shields get a chance to parry successful attacks only - making them a tremendously useful commodity.


A final point on close combat - all models from units in a particular combat, that are within range, fight simultaneously. Very brutal but the differing quality of warriors really has the ability show in such a gameplay mechanic.


Ranged combat is mostly at the mercy of well-designed templates which act as a bit of a minigame - place the template, roll to see which section each arrow hits, work out if it is a solid or weak hit and compare to the targets armour, roll the dice to see if they die. Very quick and very simple, but due to factors like armour type and solid/weak contact, the outcome never felt unfair. Once again, if you have a unit with shields you may choose to take cover under them giving you a save against successful hits - this is particularly useful if you have mixed a unit of shield troops with an elite, shield-less unit (yes, you can mix unit types to help get your less defensively prepared models across the battlefield!) 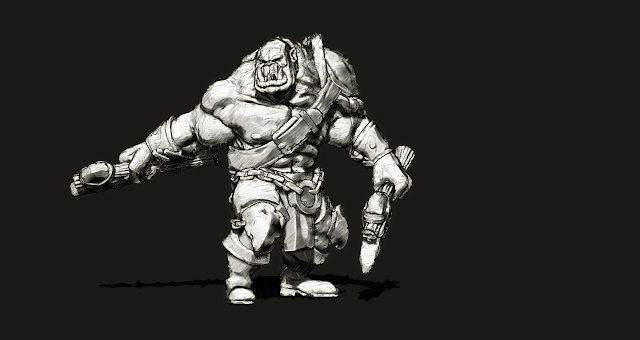 All in all I have enjoyed the game so far. Kaelo (Tim at Noctis Gaming) is reaching out on Kickstarter to try to get the models funded and I hope it is successful - he describes it as a chicken before the egg scenario where pledgers will want to see the product before it's complete but the product needs investment to be complete. In a lot of ways I see where he is coming from. Companies have been using Kickstarter as a 'pre-order platform' for so many projects that now a genuine project looks 'incomplete' in comparison. It is easy for me to say it though because I know him personally where as the average pledger probably won't. 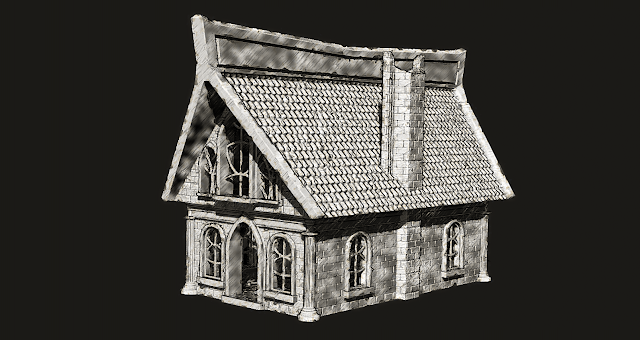 
Stay tuned for more information over the coming weeks!