Hi all.
As some of you may know I have a son who is 5 and a half years old (pushing 6) called Nathaniel (after Nathaniel Garro obviously). Just over a year ago I began dating again and was very fortunate to meet someone who I honestly consider my soulmate, and she also came with a little man of her own named Arlo (who is also great fun to be around). The even greater thing is she has a healthy interest in board games (and now thanks to me all things Warhammer).
The kids will often see many boxes of models and painted pieces sitting round the house (including at hand height). We have stressed to them that they are the grown-ups toys and they are not to touch.
About a year ago I decided to play a game of Lost Patrol with my then 4 year old Nathaniel. I simplified the rules so he could understand it very simply and we had our first game.
Since then we had met Lauren and Arlo, and upon one faithful day at home Nate (Nathaniel) decided to suggest we all play Lost Patrol together. We all loved it.
Since then Lauren and I have been playing many games on many different boards, trying to maintain the basic rule sets that we have devised and just porting them over. 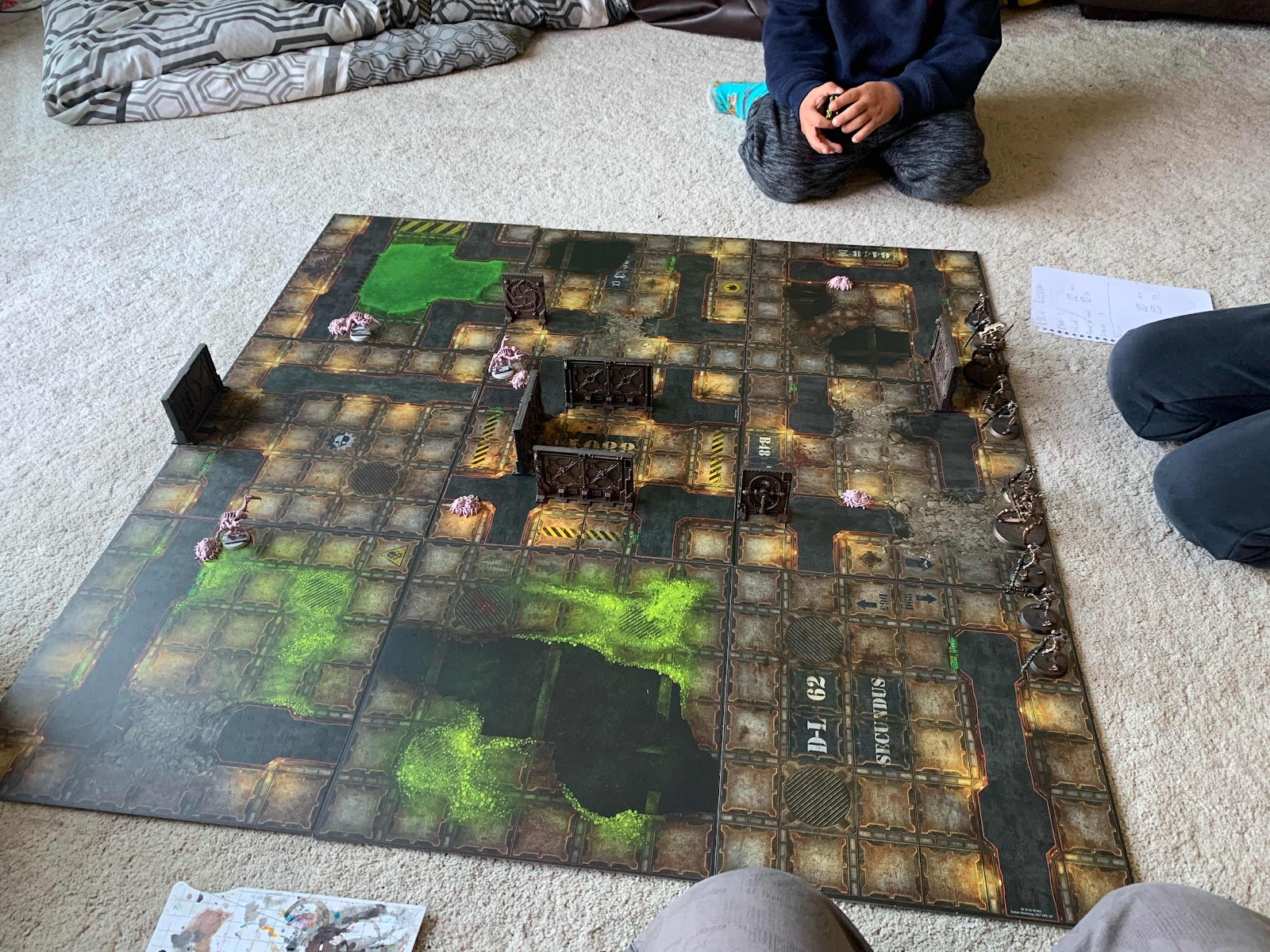 Most recently we have had a go at utilising the Necromunda board (it has squares so it is pretty easy for them to judge distances they can move). I have been painting a Necron army up for Nate, so he decided that he wanted to use them. So we simply had the following rules for the Necrons (including a character each).
Big Necron
Move: 2 Squares
Shoot: Rolls 2 dice, removes 1 enemy life on 4+
Combat: Rolls 2 dice, removes 1 enemy life on 3+
3 lives. 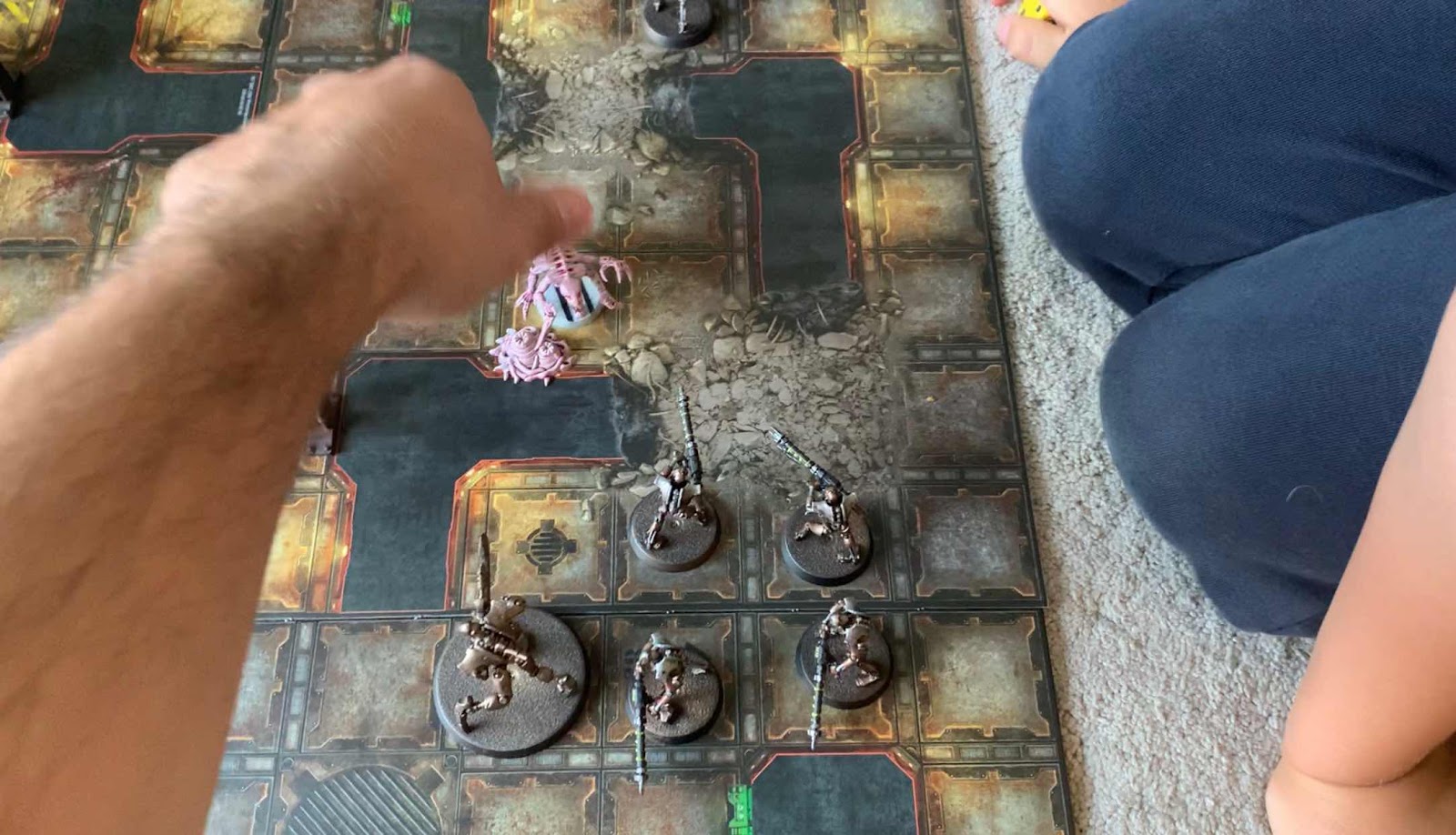 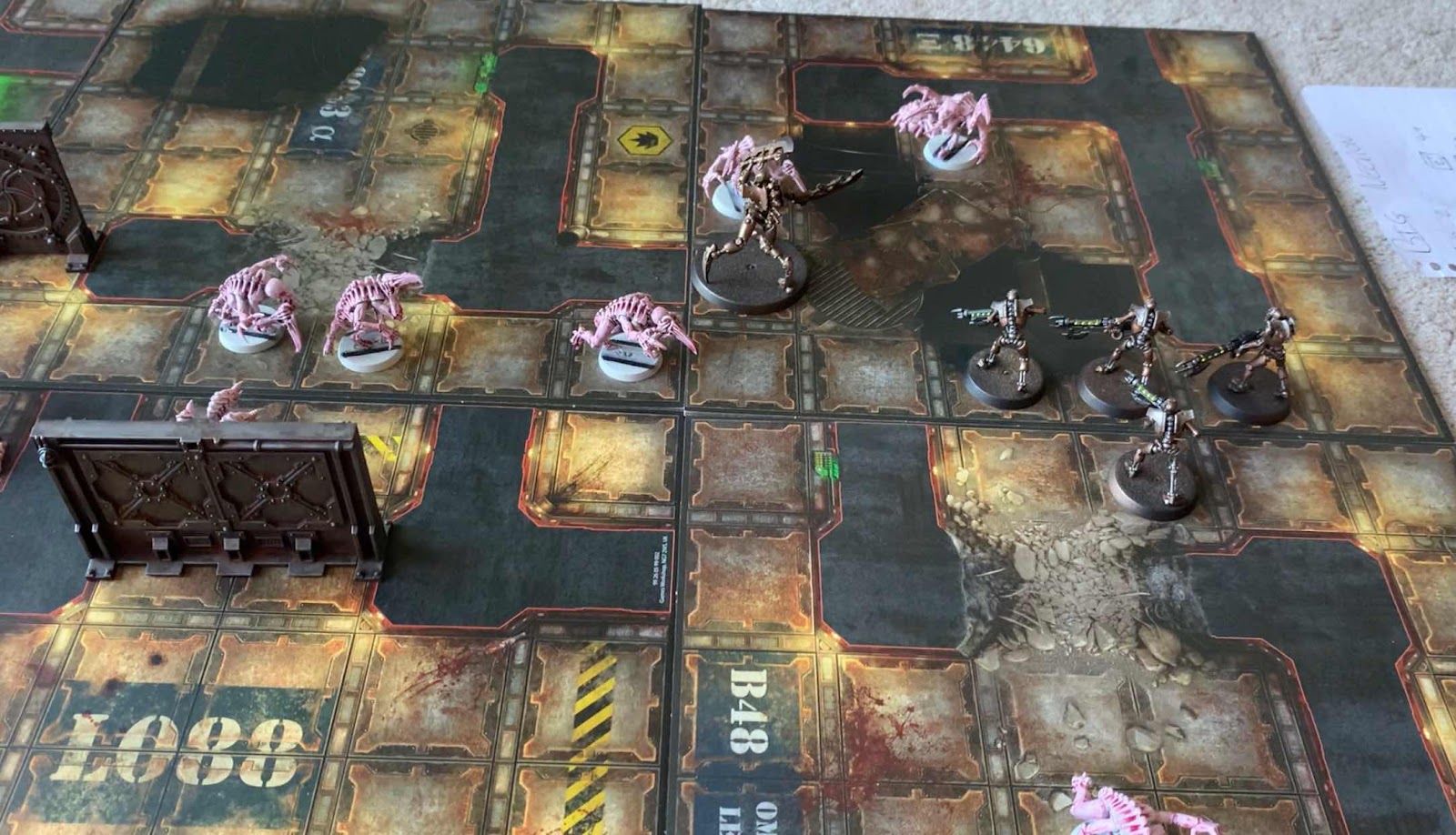 The kids love it and it forces them to think tactically and plan moves to help each other, as well as priorities. We don’t count range at this point. If a model moves into an adjacent square to another model they fight them in hand to hand combat first before the other person can reciprocate. 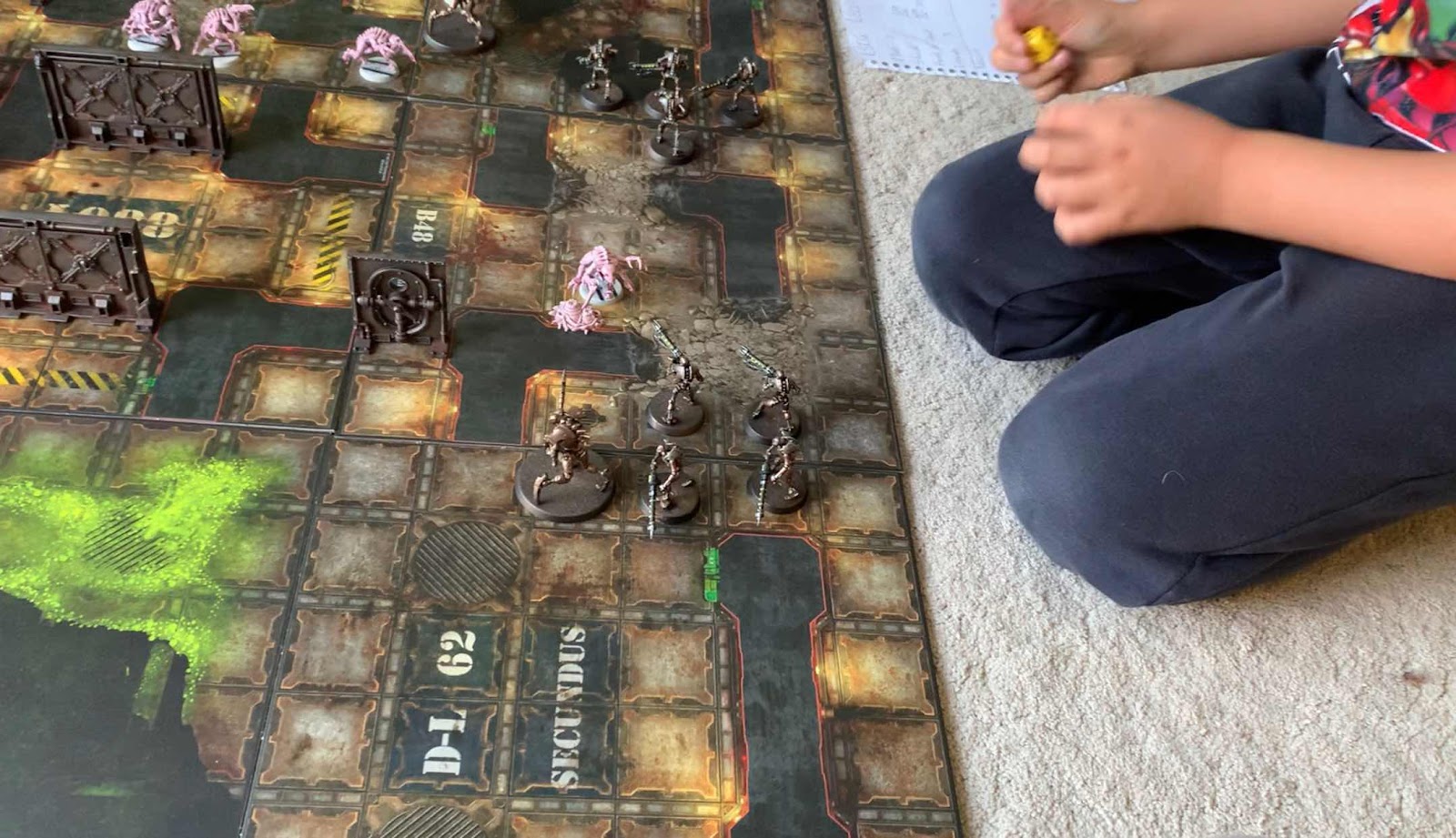 We do thoroughly enjoy getting models out with the kids now, and due to the large range there is available out there from GW we can always keep the games fresh.
It’s a stepping stone in the right direction :)