Today I want to show you my first HQ choice - Kor Phaeron. Always liked that dude since I read "The First Heretic" - a grumpy old non-Astartes who has a Terminator suit and commands a company of real Terminators? That guy must be bad-ass (or have really good connections ;D).

Painting his base was also pretty fun - first time i tried such a big OSL effect. It was achieved using my airbrush after the whole base was painted as usual, spraying from above, first brown, than orange and last but not least yellow.

"Humanity must have faith. Nothing unites mankind the way religion inspires unity. No conflict rages as fiercely as a holy war. No warrior kills with the conviction of a crusader. Nothing in life breeds bonds and ambitions greater than the ties and dreams forged by faith. Religion brings hope, unification, law and purpose. The foundations of civilization itself. Faith is nothing less than the pillar of a sentient species, raising it above the beast, the automaton, and the alien." 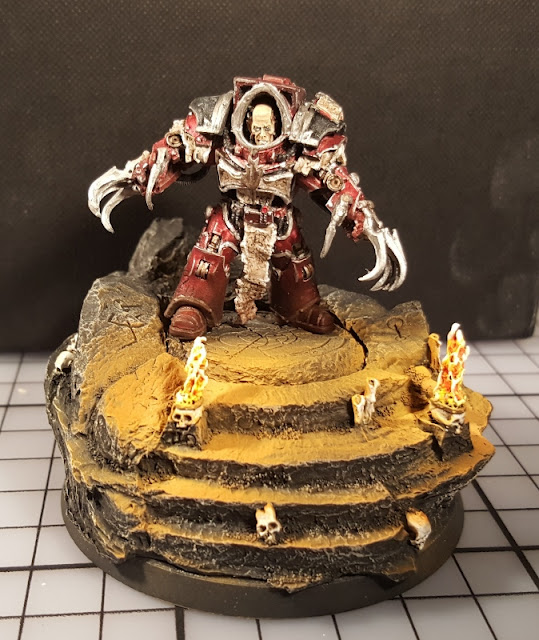 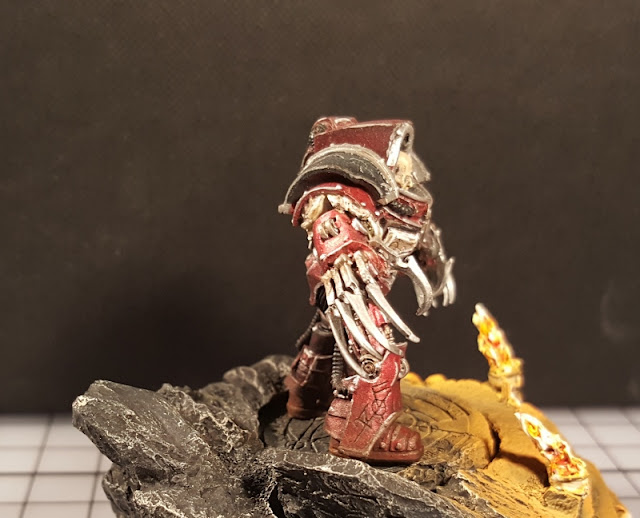 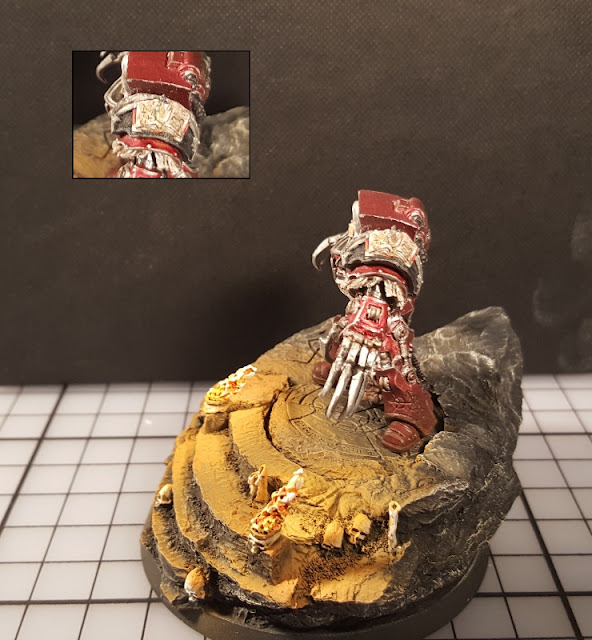 Kor Phaeron was the First Captain of the Word Bearers Legion and the Primarch Lorgar's spiritual counsel and foster father during the years of Lorgar's youth on the Word Bearers' homeworld of Colchis. When the Emperor found Lorgar, Kor Phaeron was too old to undergo the full implantation process to become a a full-blooded Space Marine, but so favoured was he in the eyes of his Primarch that he received the most potent of biological augments it was possible to bestow upon a man short of elevation to the Legiones Astartes.

Scorned by many in his Legion as "half Astartes", Kor Phaeron nevertheless had the ear of the Primarch and, more than any other individual save perhaps Erebus, is responsible for the corruption of his Primarch into repudiating his oaths to the Emperor of Mankind and becoming a willing pawn of Chaos.

Kor Phaeron became the Master of the Faith for the Word Bearers after their secret conversion to the service of Chaos. With Lorgar finally embracing the worship of Chaos with enthusiasm following his Pilgrimage, it was not long before the Word Bearers were wholly dedicated to the Ruinous Powers. As before, Kor Phaeron served as Lorgar's principal spiritual adviser and led contingents of the Word Bearers in some of the most devastating battles of the Horus Heresy. Kor Phaeron was eventually defeated by the Ultramarines Legion at the Battle of Calth and was forced to flee to the Daemon World of Sicarus in the Warp Rift known as the Maelstrom ... 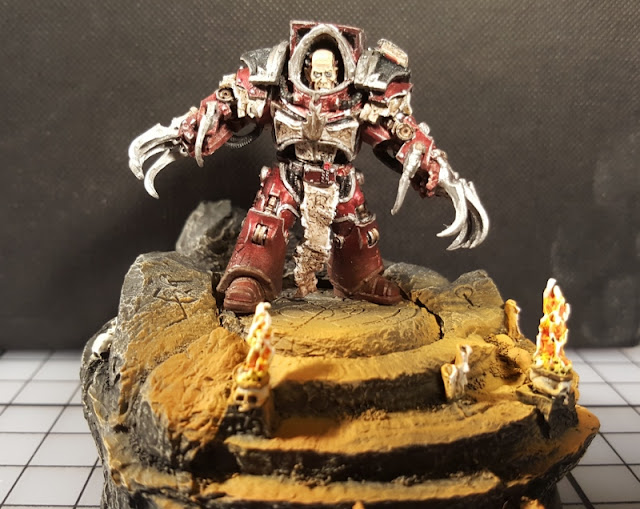 Note: The Claws of Colchis - master crafted Lightning Claws. Also concealed within Kor Phaeron's regalia of office are digi-flamer weapons which are as powerful as a full sized Hand Flamer. 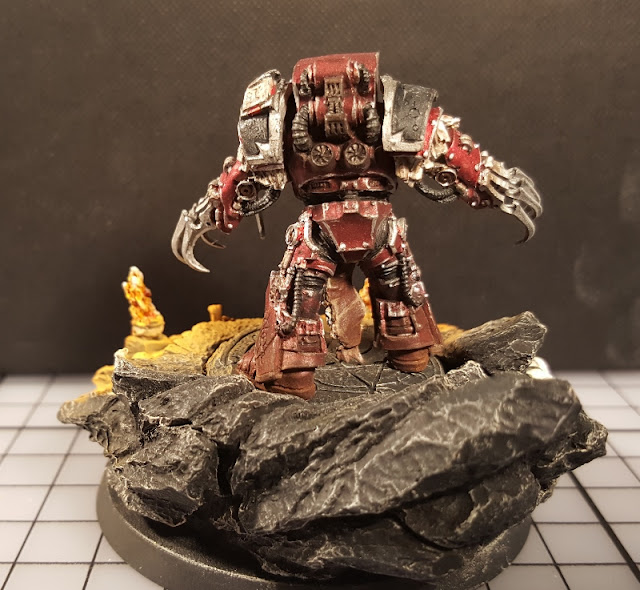 Note: The Terminus Consolaris - Too old for transformation into a full-blooded Space Marine when the Emperor found Lorgar on Colchis, the Primarch nevertheless assured, through the use of gene-craft and anti-agathics, that his foster-father would join him on the Great Crusade as his First Captain. Before his later transfiguration by Chaos, Kor Phaeron's aged physique was augmented in battle by a custom designed suit of Cataphractii-pattern Terminator Armour reinforced and modified with additional medicae, exoskeletal and life support systems. 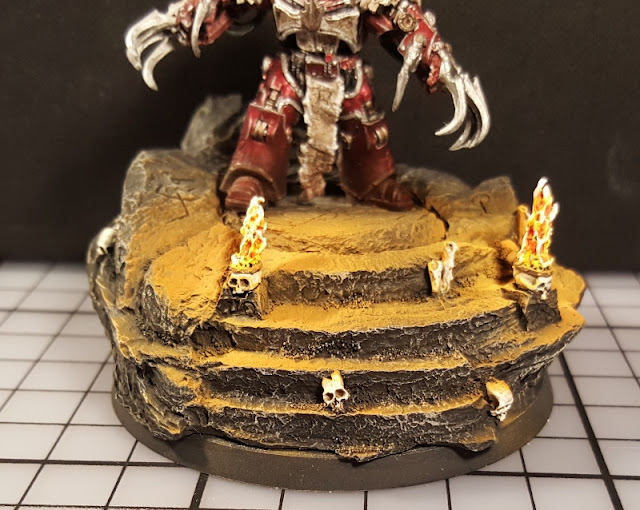 Hope you enjoyed my little post - thanks for reading!