I'm back again to show you my completed contemptor dreadnought brother Carinus! 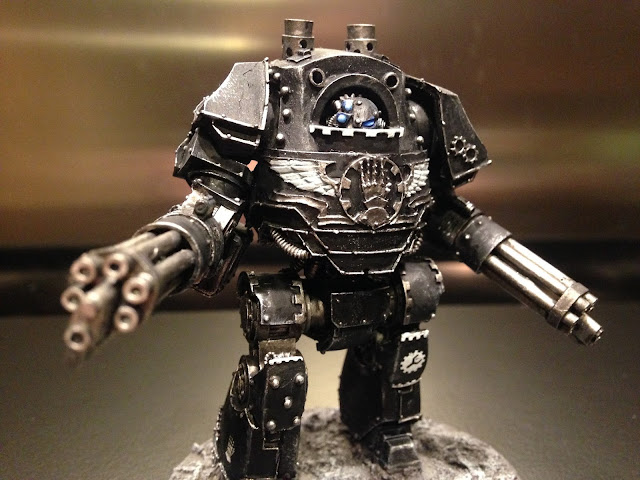 A veteran Storm Walker brother Carinus hailed from Old Albia like many other Terran born astartes of the tenth legion. Carinus' flesh proved weak during the Seraphina Offensive and the Battle of Rust, where he led his squad to the defense of Imperial Army troopers of the Urshan Velites. Carinus' aid saved the Velites and held the position against the Orks but not before the greenskin tide slipped through his own defenses and almost cleaved his torso in two. The last of his strength was spent caving in the greenskins skull before his brothers recovered his broken body. 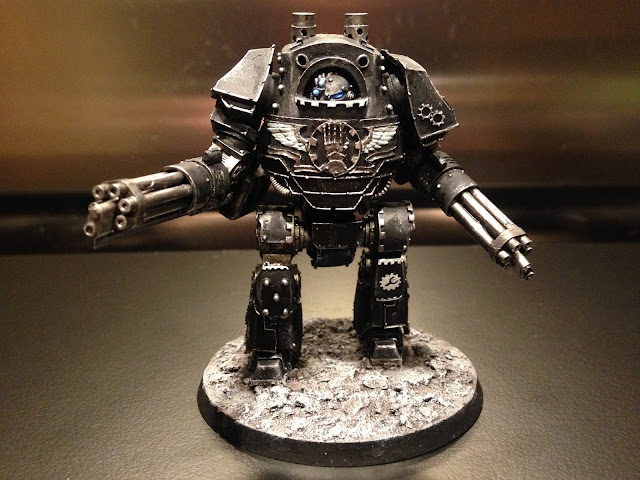 Now entombed in a dreadnoughts sarcophagus as an Iron Hand, cold logic and reason now fill his waking thoughts as he repents for his former weakness. 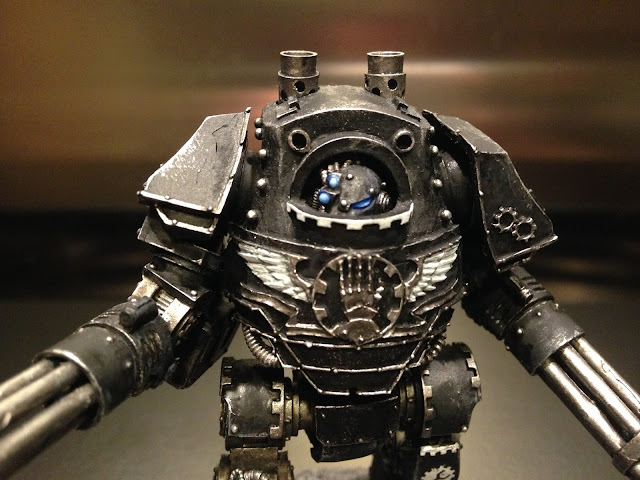 So here is the first of my older completed units to receive transfers! Brother Carinus is one of my earlier models I started when getting back into the hobby since being a teenager. There are a few mistakes here and there like a few mold lines which I would have removed if I had built this recently, but they are not too noticeable. 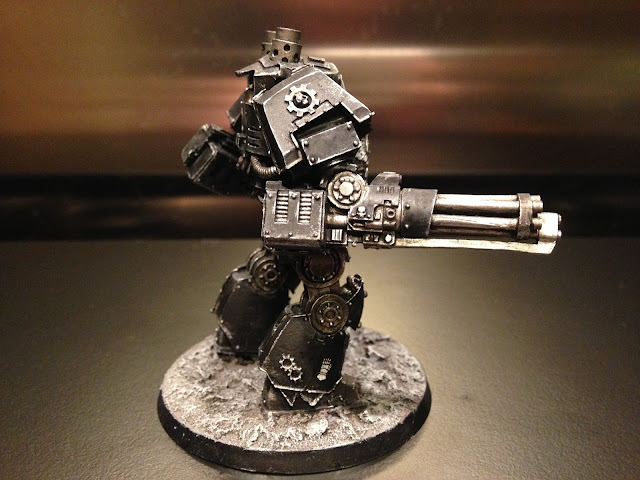 Other than that in hindsight I would have 100% taken this kit back to Forgeworld for it to be replaced as the mold was awful! The leg closest to the camera in this picture is a good example, i've made it look more like battle damage but that is actually how the leg was originally when I bought the kit. However when I first started with Forgeworld I assumed this was relatively normal for their models so just left it! Fool! ;P 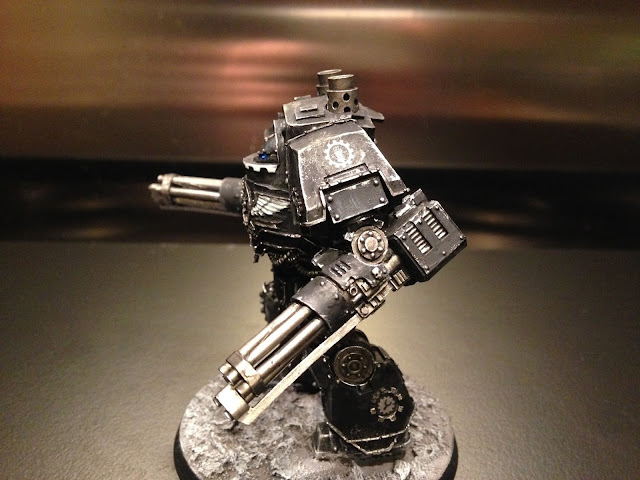 So that is why with this contemptor I went for more battle damage by using a sponge to apply the Runefang Steel. On this photo you can see i've used a silver transfer for the leg and an Iron Hands symbol on the shoulder. The light and the shine of the Runefang makes it hard to see so i've taken a better picture below. 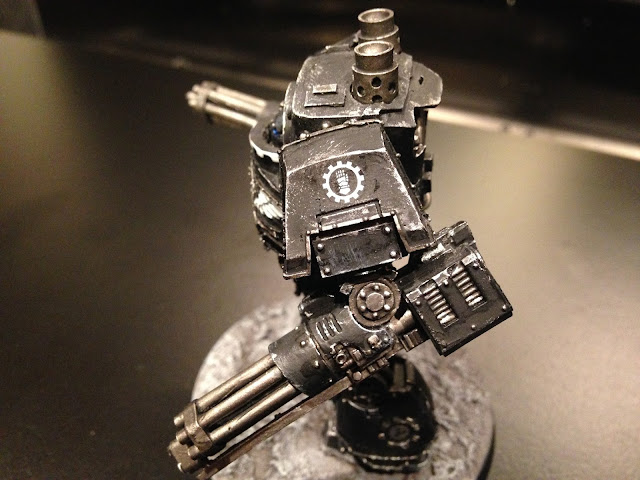 Regarding transfers I used the new sheet which Forgeworld has brought out recently. I do fully recommend using these as they as so much nicer to use and sit alot closer to the model with barely any edge visible on them. I will talk about how i've been applying these transfers in my next post, but i'm pretty happy with the result. I also may add a number to the right shoulder in the future when I have finished the other contemptors I have planned.

Although one thing I will say is that i've sponged a very small amount of black and silver onto to the transfers just to help them blend in a little!

So I hope you all like it, I will have another completed character to show you on my next post followed by more Iron Hands now that I'm up to speed on applying transfers thanks to Drake and Kaelo!

Thanks again for reading,