Progress has been slow this week, however I did manage to put the finishing touches on my 20 Reavers. Its great to have reached the end of these guys! Now that they are completed I have around 2350 points of my Sons of Horus First Company completed, 19 Justaerin, Abaddon, 2 Contemptors, Chaplain and the 20 Reavers. Here they are with my Chaplain, Isaac Cordactus, at the front. 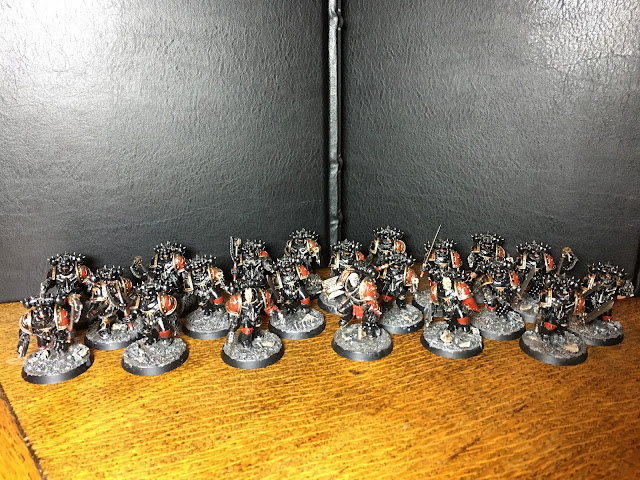 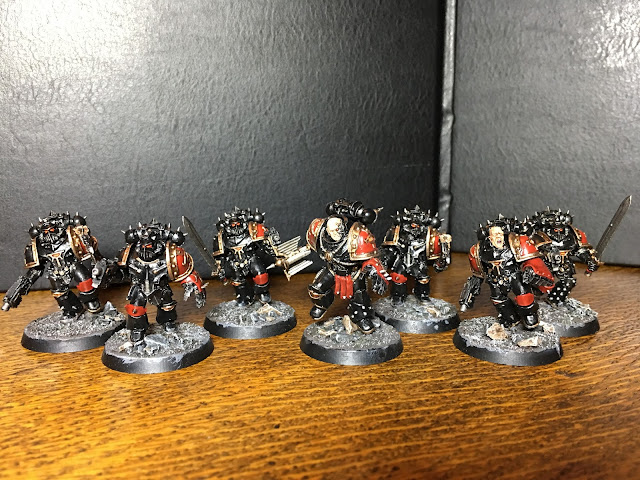 Most of the squad are armed with pistols and axes, however I have added 2 power fists and 3 power swords to each 10 man squad. This will make then a touch more affective on the battle field. They come with a high number of base attacks and having some AP2 and 3 in the squads should help to swing combat results in there direction. One of my Chieftains has a hand flamer and I have included a plasma pistol as well because it looks cool! 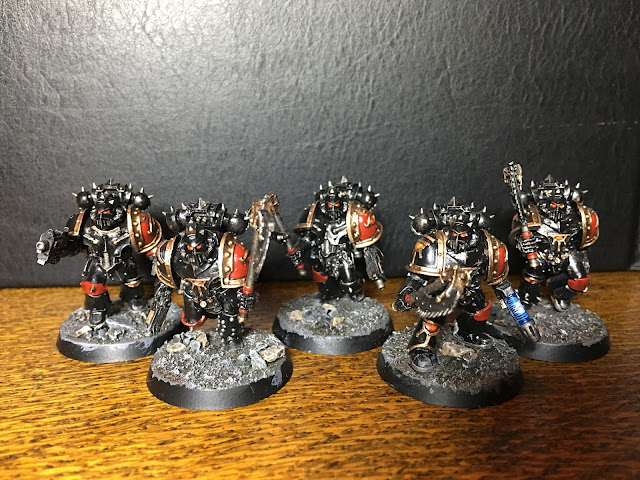 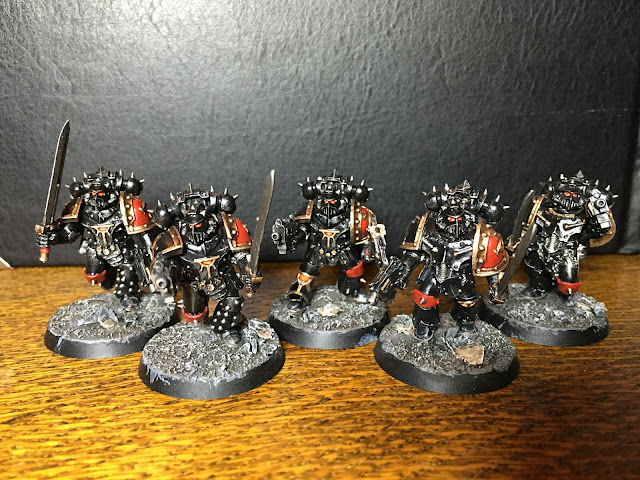 I have found that the Reavers can pack a real punch when they get to combat, however you need to make sure they make it there! They will most regularly be dropped into the battle in a Dreadclaw Drop Pod. This offers them some protection at the beginning of the game and can get them to combat safely without taking to much fire. 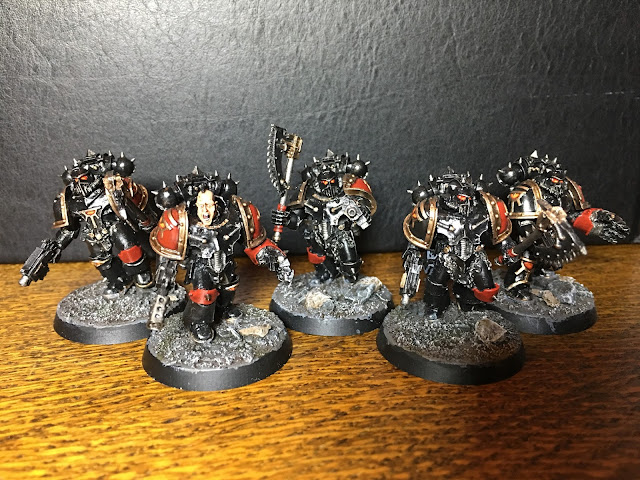 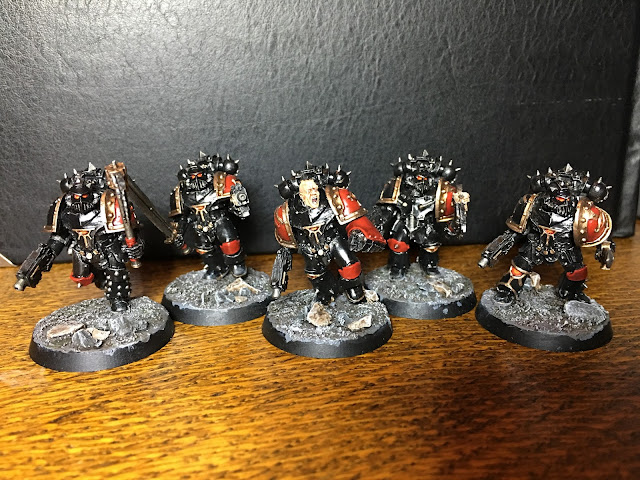 Coming up next will most likely be my remaining 11 Justaerin. I have a special project in mind but that requires a bit of prep work before it can begin, which I will be doing whilst I paint the Justaerin. I have an order on the way from Forgeworld which will add a few more units to the First Company, including some much needed fire support. I am feeling good about what I have left to complete for this army and I think that the vehicles will paint up quickly. I am confident that by the end of May I will have nearly everything completed for them.

Darien
Posted by Darien Vasco at 17:00