Howdy Guys and Girls - take a look at a new upcoming series of 30k books, starting with none other than Roboute Guilliman! 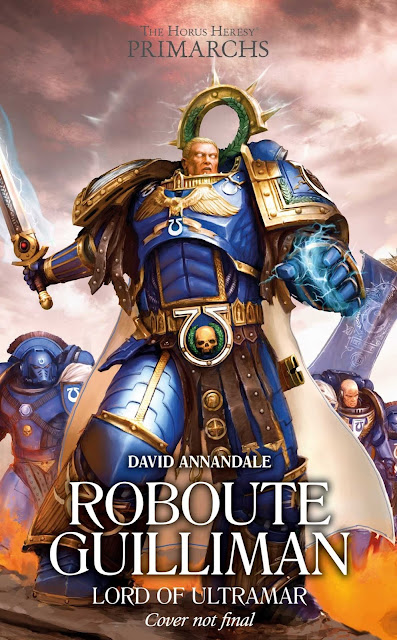 Long before the coming of the Imperium, the realm of Ultramar was ruled by Roboute Guilliman, the last Battle King of Macragge. Even after learning of his true heritage as a primarch son of the Emperor of Mankind, he strove to expand his domain as efficiently and benevolently as possible, with the XIII Legion Ultramarines as his alone to command. Now, facing a rival empire on the ork-held world of Thoas, Guilliman must choose his weapons carefully – otherwise his dream of a brighter future could be lost forever ...

Release is supposed to be around October. Cover isn't finished yet :)

What do you think about this? A spin off series about the Primarchs showing them before the outbreak of the heresy? Some more background for the Great Crusade? Maybe a book that shows how awesome Ferrus Manus was? Write us in the comments below!