Good morning all.
I've had a busy few days squeezing in some build and painting inbetween work shifts and Princess Fluff's nap times and I thought I'd drop some work in progress on you.
I've been working on Triaros Armoured Conveyor and Thallax cohort for my Graian Mechanicum force.
I know placing Thallax in a conveyor isn't everyone's cup of tea as this limits their jet pack status but I do plan on adding in other units that can utilise the conveyor so this really is a way of generating options for the future.
I found the build to be pretty straight forward hence no build shots. Any tank with moulded on tracks is a winner in my book.
I'm painting these in exactly the same way as my other Mechanicum units - however the Triaros was a bit of a challenge in regards to where to place the secondary bone colour of the force. In the end I did a tinternet search and found a scheme I liked to emulate on mine.
Here's the unit, primed in grey and then sprayed with Leadbelcher (I LOVE the new aerosol range from GW - it's so useful for armies such as this) and a wash of Agrax before s dry brush of Necron Compound. The dark metals really bring out the menacing Art Deco aesthetic of the Triaros. 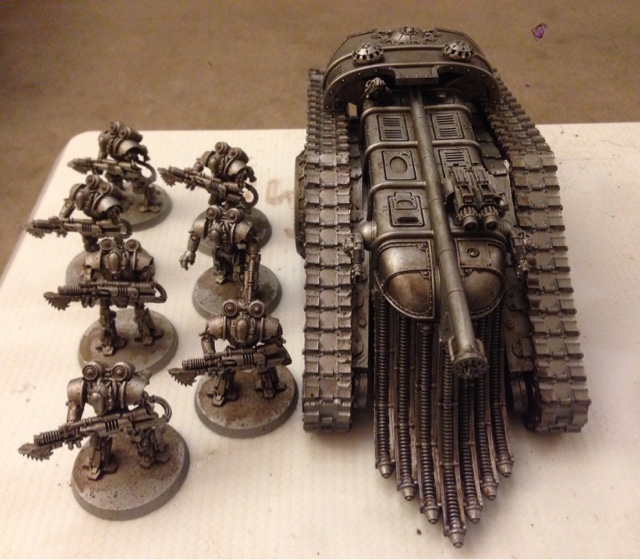 Some process shots of the base colour going on... 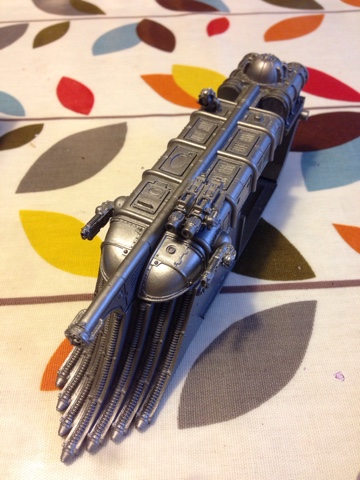 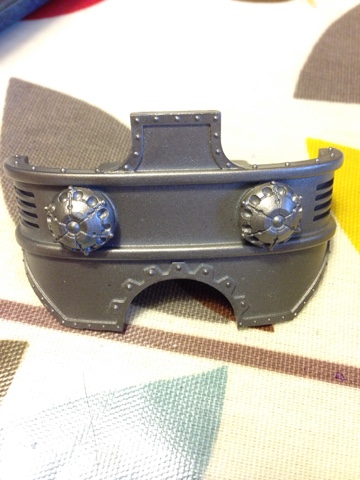 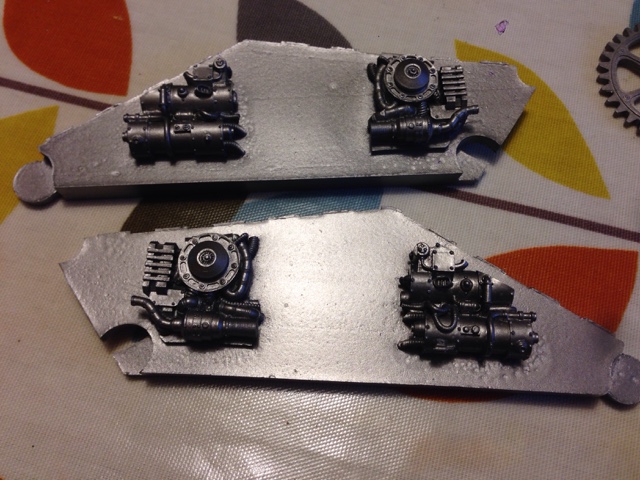 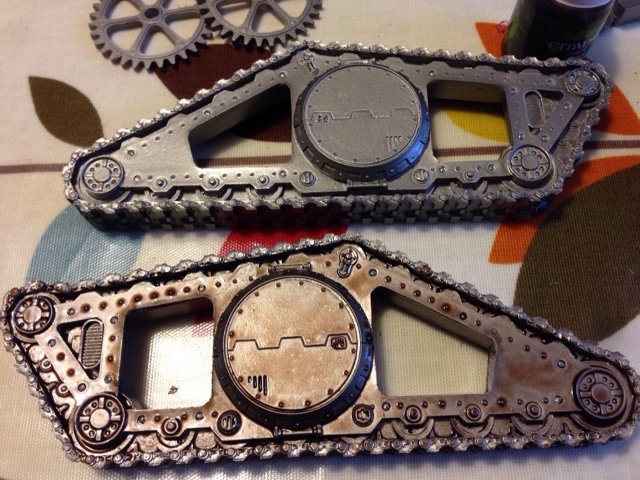 Because of the level of detail layered into the model I decided to build sub-assemblies (which were dry fitted together to check for warpage) in order to reach the details easily.
And onto the top colours, my plan is to make the prow look more like a weapon rather than just the front of a vehicle. 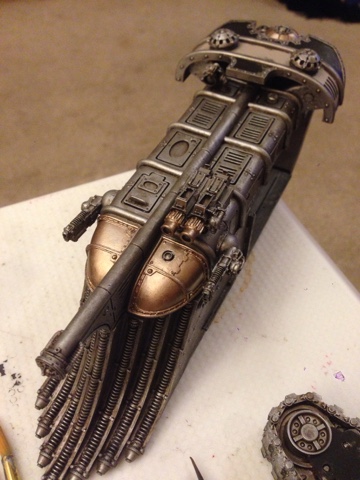 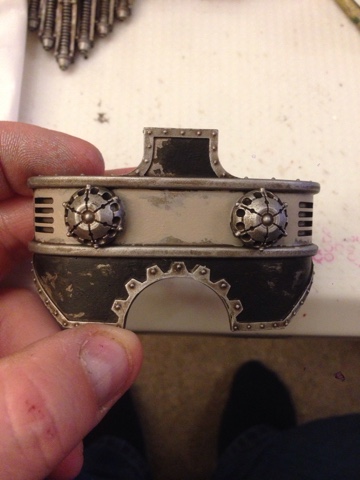 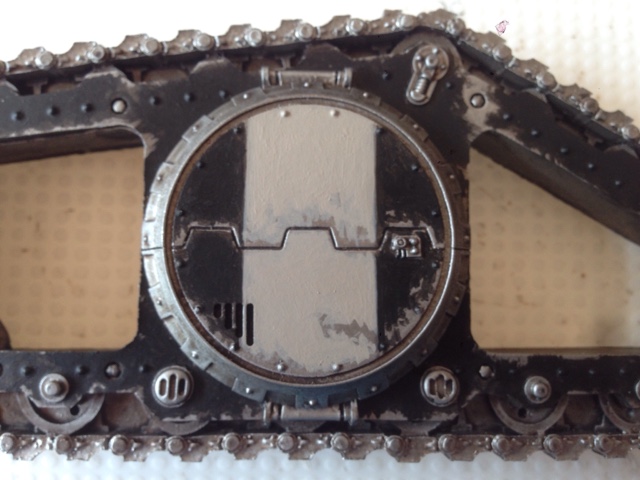 For the stripe I used the same method I use on my Titans, place a piece of sellotape on the model, press down firmly, draw a line each side with a pencil then use that line as a guide to paint up to - it's pretty simple but works for me.
I think I'll probably finish the tank before starting on the final bits of the Thallax, as there's not a lot of detailing to be done on them. I also need to cast up their scenic bases but that's another story.
I'm hoping for a Warlord progress post sometime soon.
Remember the truth is out there.
KF
Posted by King Fluff at 10:00