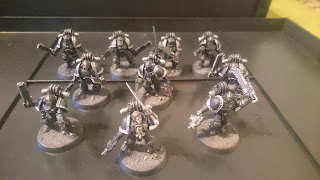 It has been a while since my last update mainly because I have been busy so hobby time has suffered as a result. Here is my latest completed unit a 10 man despoiler squad. 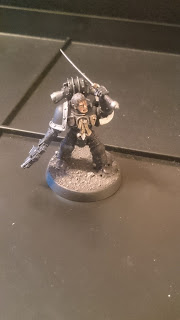 They have taken me a while but I am very pleased with how they have turned out. Originally I had planned to have them just black and silver but after painting the first model I felt that they needed a little something to help them stand out from the rest of my units. I achieved this by simply adding some bronze to the chainswords and other small areas which I think works really well. 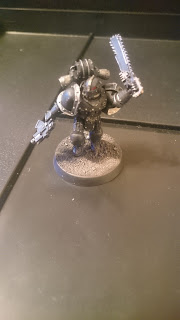 The unit is made up of mk2 and mk3 armour as most of my squads have a mixture of armours it would have been daft not to continue with this trend and along with adding some Dark Angel upgrade parts here and there brings some much needed variety. 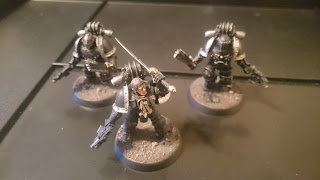 As with some of my other units I am still waiting for an opportunity to get these guys on the battlefield to see how they do. I hope I get the chance in the near future.

This is the last infantry unit I have planned  until some Dark Angel specific units come out, but never fear there are plenty of vehicles I have planned to keep me going until such time. Let me know what you think.