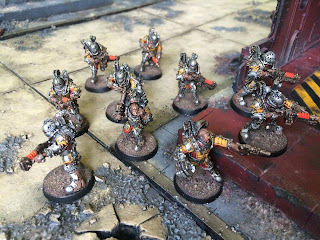 This is a quick look at the latest addition to the groups Solar Auxilia force a Veletaris Storm Section. 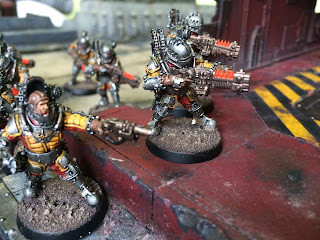 The Veletarii are the most skilled and dedicated warriors in the Solar Auxilia, issued with the most potent weaponry and tasked with the most arduous of battlefield missions. Veletaris Storm Sections are often gathered together into special, cohort-level reserves whichever as their commander's household under his direct command, or they may be raised on a company-by-company basis. On occasion, they serve as a formal guard of honour for the Legate Commander, bearing ceremonial power axes which they sometimes use in battle.

The Veletaris are deployed in a number of roles. Some commanders use them as shock troops whose discipline and firepower can overwhelm even the most fearsome of enemies. Others utilise them as a line reserve, able to react quickly to enemy breakthroughs and bolster a wavering defence. 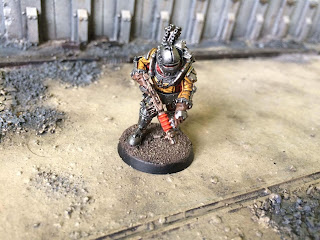 We divided painting duties between us in a production line style using the Forgeworld paint scheme which is as follows. 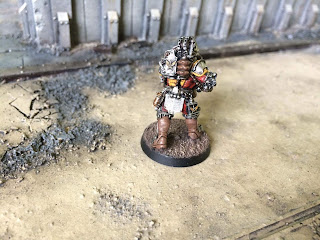 Next time I will be bringing you a look at our Solar Auxilia Flamer Section so keep an eye out for that in the near future.