As promised yesterday - here she is - my Zarakynel, Exalted Keeper of Secrets! I mostly used GW paints for her - the skin is based on Warpfiend Grey and white, the purple is based on Xereus Purple. As she has many large, flat parts my airbrush helped a lot. I'm really happy with the results - next on my painting list is a Greater Brass Scorpion of Khorne, so stay tuned :)

But now, without further ramblings ....

Bringer of Torments, Souleater, Unholy One, Angel of Despair, The First Maiden, The Girl You Dated Last Summer, Exalted Keeper of Secrets, Lady of the Abyss, Daemonqueen of Slaanesh 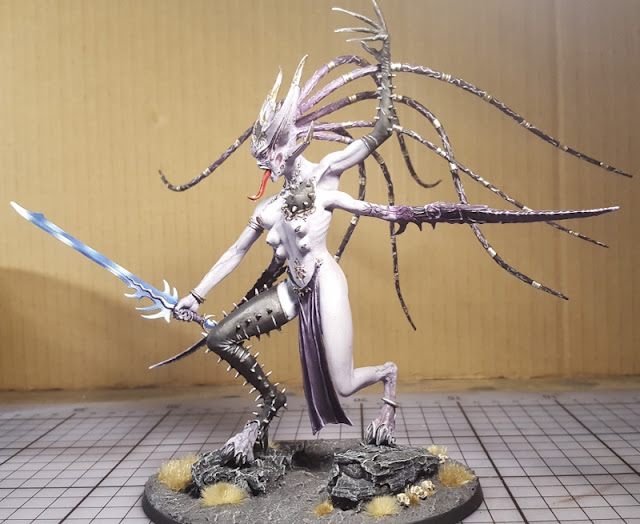 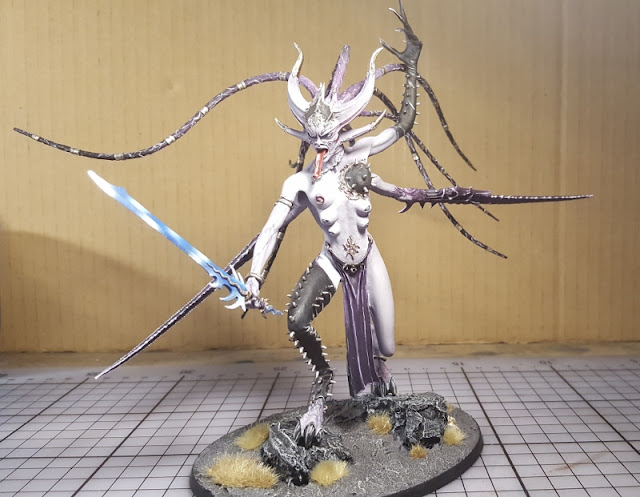 Of all Slaanesh's unholy servants, the name of Zarakynel is revered above any other Keeper of Secrets. Summoned from the darkest recesses of the human psyche, Zarakynel was bestowed Daemonhood as Slaanesh's perfect creation. Zarakynel is the physical representation of Mankind's repressed emotions of jealousy, sadistic pleasure and carnal desire. This potent mix contributed to the creation of the Dark Prince's most feared and prolific daemonic killer.

Zarakynel is well known to the Farseers of the Eldar race. Eldar tales speak of Zarakynel preying upon their race several times since their Fall. The Greater Daemon has ravaged several Exodite worlds on multiple occasions, slaughtering their kin and feasting upon their Spirit Stones, condemning them to eternal torment at the whims of her dark patron Slaanesh. 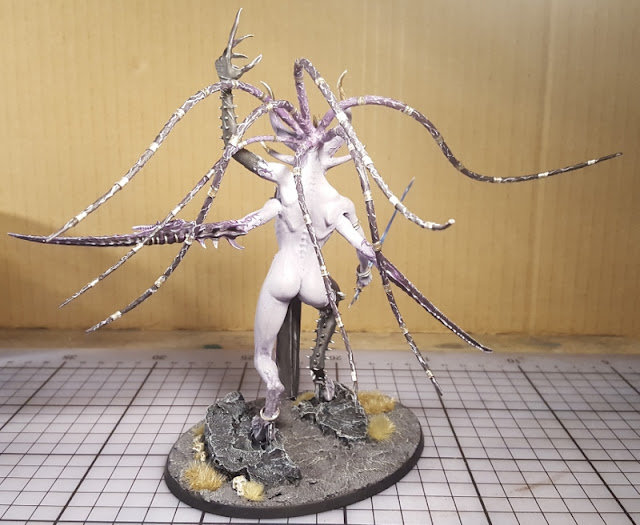 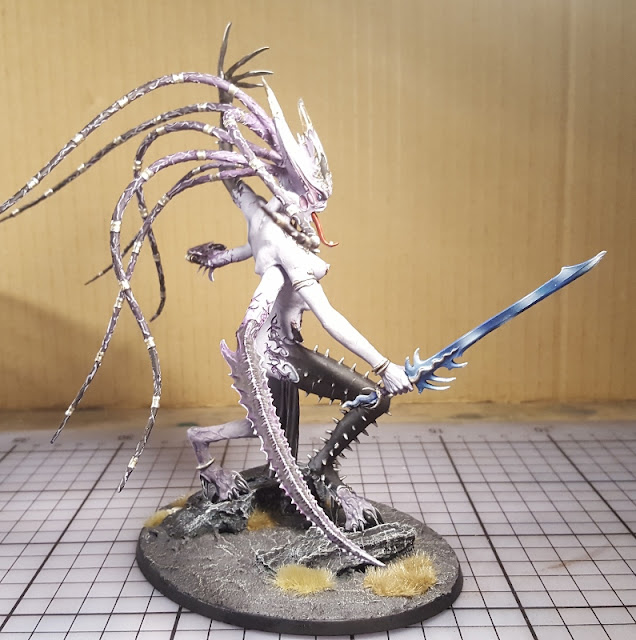 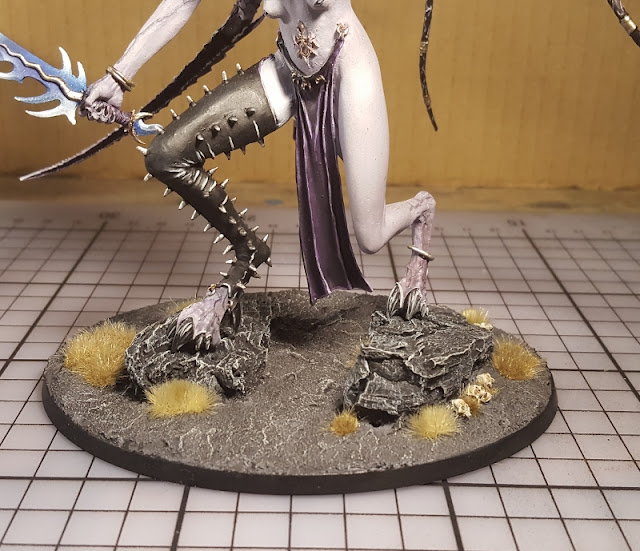 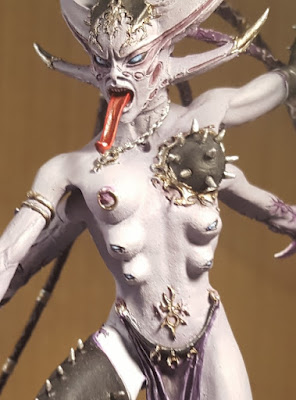 Note: Souleater, a daemonic blade of terrible power, which is said to be forged from a single crystal taken from Slaanesh's own throneroom, and thirsts for souls of the innocent. 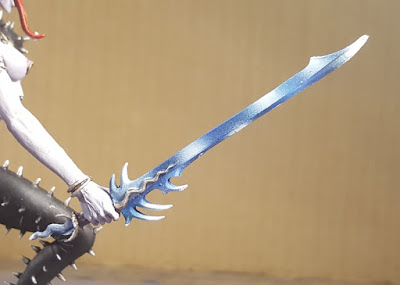 Hope you enjoyed her as much as I during painting. It's a gorgeous model and I'm glad I finally managed to work on her. I'm happy the paint scheme worked out well for me, and I will have to add some more Slaaneshi Daemons in the future ... :)