Just a quick post about some upcoming releases and pre-orders for this weekend.


Today up for pre-order is the Legiones Astartes: Age of Darkness book - full up to date, including a new Jetbike unit: 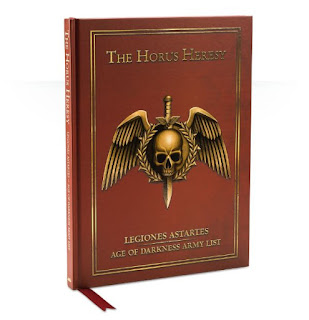 The Horus Heresy Legiones Astartes: Age of Darkness Army List is a 144 page hard back book containing the complete profiles, special rules and wargear, compiled and updated, for all Space Marine Legion armies in Horus Heresy games using the Battles in the Age of Darkness gaming expansion for Warhammer 40,000. This book contains the unit profiles 65 units, from Command units and Troops, such as Legion Tactical Squads, to vast fortifications and devastating super-heavy units like the Stormbird, each available all Space Marine Legion armies including new units such as the Legion Jetbike Sky Slayer Support Squadron.

Collecting together all of the unit profiles and special rules for Space Marine Legion armies from the Horus Heresy Books One to Six, along with the full Battles in the Age of Darkness gaming expansion rules, it allows you to carry something lighter to your games than the weighty tomes of our main volumes, and is intended to be used both as a resource for consulting and collecting your armies and as a handy reference during play.

Using this book, you can create army lists for any Space Marine Legion and engage them in the devastating conflicts of The Horus Heresy. This book is intended to be used alongside its companion book - The Horus Heresy Legiones Astartes: Age of Darkness Legions - in which you'll find special rules and wargear for individual Legions, as well as unique units and unit profiles for the mighty Primarchs.

This product is also available in digital editions designed for tablets and iPads.


There was also a special limited edition in black, but it's sadly already sold out. Oh - an if you order this book by 31st July, you can get The Horus Heresy Book One – Betrayal for just £64. Both books must be purchased in the same order. Cool deal in case you didn't got the first book yet!

Also up for pre-order tomorrow, from GW


Are the re-boxes from Betrayal at Calth - MKIV Marines, Cataphractii Terminators, Contemptor Dreadnoughts and Heroes in single boxes. 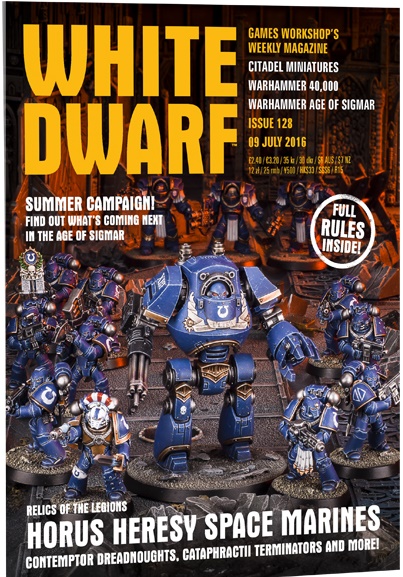 They are btw branded as "The Horus Heresy", and also got the Warhammer 40k logo on their boxes: 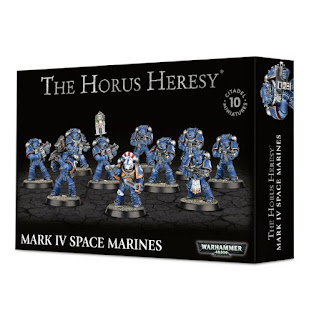 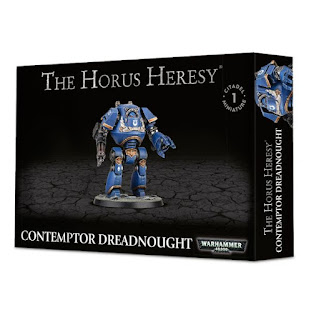 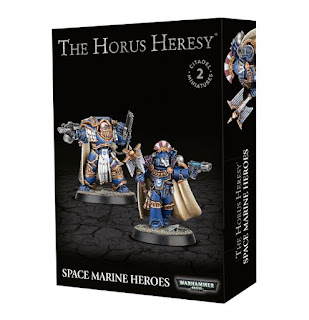 Last but not least - two upcoming books from Black Library - possible spoilers so don't read further if you want to avoid them! 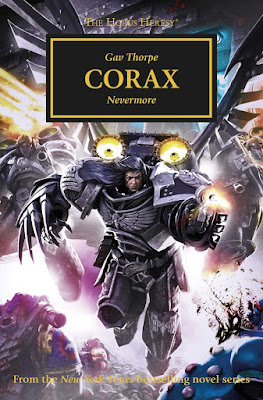 As the Horus Heresy gathers pace, the Raven Guard primarch Corax and the remnants of his once mighty Legion now wage an entirely different kind of war – liberating worlds oppressed by the traitor forces.

After Isstvan, after Deliverance, the Raven Guard still endure. Their primarch Corvus Corax has rallied countless warriors to his banner, striking back at the forces of the Warmaster on every front – from the degenerate hereteks of the Mechanicum to the cruel legionaries of the Sons of Horus, none shall escape his wrath. But although Corax has managed to stall the physical corruption of his own Space Marines, what of their spirit? And what sinister end must await those who dwell forever in the darkness? This anthology contains all of Gav Thorpe’s tales of the Raven Guard in the Horus Heresy – the novellas Soulforge and Ravenlord, along with the short stories ‘The Shadowmasters’, ‘The Value of Fear’ and ‘Raptor’. Also included is the brand new novella Weregeld, bringing Corax’s legend to its grim conclusion.

Magnus the Red - Master of Prospero 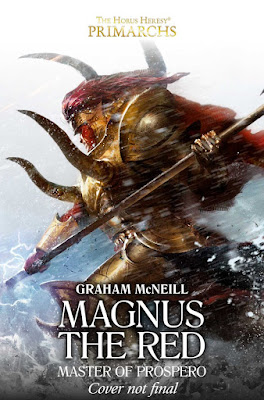 The third novel in The Horus Heresy: Primarchs series, a brand new sequence of novels focused on the superhuman sons of the Emperor.

Lord of the mystical and uncanny, Magnus the Red has long studied the ancient crafts of sorcery. A psyker without peer, save only for the Emperor himself, he commands his loyal followers of the Thousand Sons Legion in the Great Crusade, always vigilant for any lost knowledge they might recover from the remains of dead human civilisations. Now, fighting alongside his brother Perturabo of the Iron Warriors, Magnus begins to foresee an approaching nexus of fate. Will he remain true to their mutual aims, or divert his own efforts towards furthering his own mastery of the warp?

What do you think about the upcoming stuff? Are you going to get more plastic HH stuff this weekend? Let us know in the comments below :)