Howdy Guys and Girls - today we have a quick overview and review of the Forgeworld HH Masterclass Book for you. Special thanks at Sansa for helping me with the pictures (she also tried to eat the book and failed - so it's pretty sturdy!). 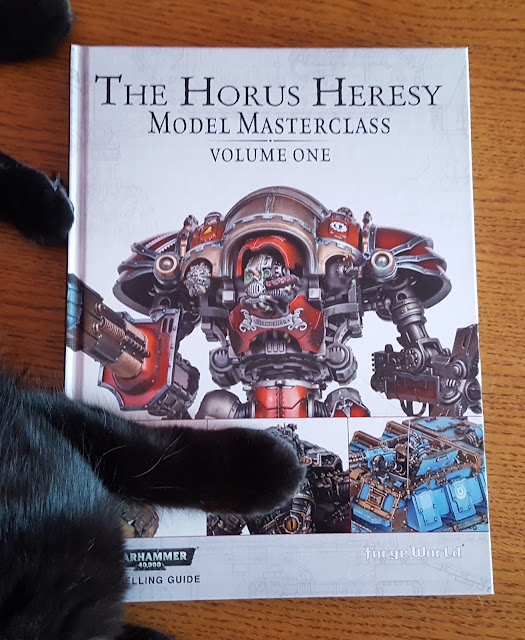 What's in the book?


Let's start what exactly is in this book - and what not. We were originally told this is going to be more of a "painting series for your Legions" - well, it's not. The book itself features three good step by step guides, another guide for Ferrus Manus arms - and besides that, it pretty much just gives you inspiration for your own projects. 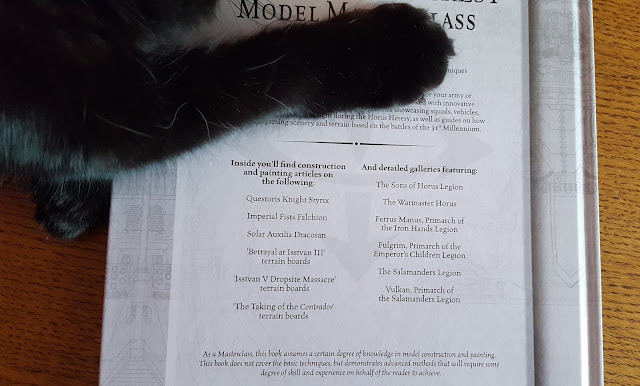 That said - we got told that one (or more) propper "how to paint that Legion" books may be in the works for later releases. I really hope they will do that, it would be great to have a basic guide for all the Legions using the FW airbrush paints!


The four painting articles themselves are pretty good if you want to paint these specific models, and also give you some good techniques useable for other stuff, especially tank weathering.

The first, and in my oppinion best article is about the red Questoris Knight Styrix - using Forgeworlds "Clear over Metallic" technique, featuring their new airbrush clears. I have used this guide for my Brass Scorpion, and it really works well. Sadly, I would have liked some more background about the pre-shading, maybe a chart which shows other colours and what tones to use for them. 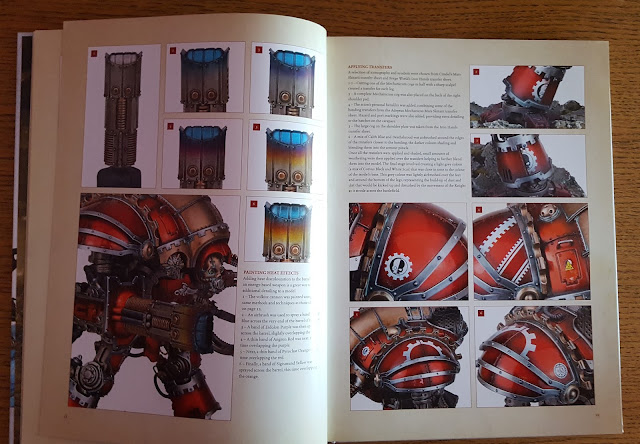 The next two are for tanks - an Imperial Fists Falchion and a blue Solar Auxilia tank. Both are very good, and show some nice weathering techniques. Especially if you don't own the older FW masterclass books, these will be helpfull for your own tanks. 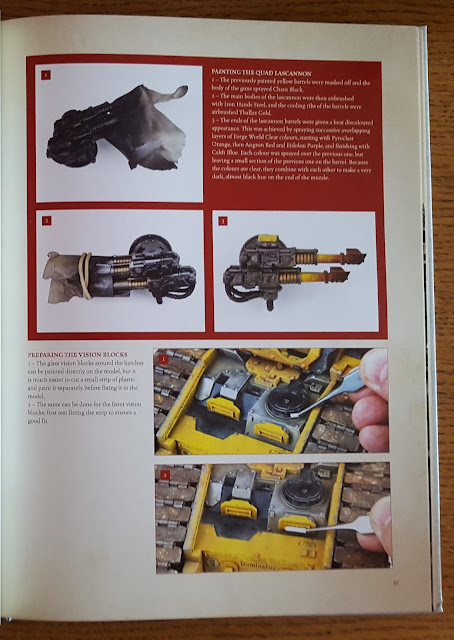 Last but not least - a small step-by-step guide for Ferrus arms - but why stop there? I get that the arms may be something most people are afraid off, but why not also add the really well done armour or his face to the article? 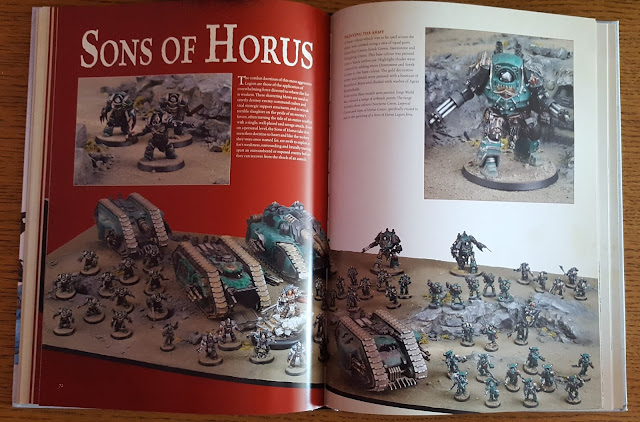 I really - really love these Sons of Horus. They were done before the FW airbrush range was finished, and use a mix of different greens. They give you the recipe, but mixing is always a bit of a problem, They also say you can use the FW airbrush greens for your Sons of Horus - but no step-by-step guide. Also, I would have liked a comparison between one of these and a model painted with the new airbrush paints.

Last but not least - the book contains three of their display boards, including the awesome "Boarding of the Contrador" Zone Mortalis board. While these are really great for getting ideas for your own game boards, they are not all that helpful, especially when they tell you "the design team did these walls and casted them in resin". 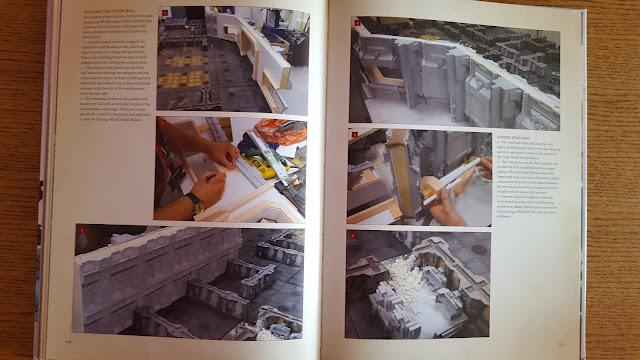 Our opinion on the book


Drake Seta: The techniques within are fantastic. If it was a regular Masterclass book I would be very pleased. I think that as a Horus Heresy Masterclass that they should have covered the painting guides of at least 6 Legions and that they should have used their existing paint range to illustrate them properly. I was disappointed that the Sons of Horus paint guide only mentioned the Forge World paints in an off hand comment at the end of the guide, where instead they should have shown how to use them.

Lady Atia: I'm actually quite split. I really enjoyed the first part of the book, the showcased armies and characters are great and I love the terrain boards, but for 30 pounds it feels a bit weak. If you own the preview two Masterclass books, most if not all techniques were already covered, although it's good to see them used with FW products. Speaking about it - the days of oil washes and Tamiya are gone - you won't find non GW/FW products in the book anymore. If you are new to the Horus Heresy and Forgeworld, this book can give you some good advanced techniques, especially for tank weathering.

Would I buy that book again?
Yes. It helped me with my Brass Scorpion, that alone made it worth it's money for me.

What would I like to see in the next HH masterclass book?
More guides for the different Legions. Maybe some conversions or kitbashes for HH era stuff. Oil and Enamel paints included - maybe FW could do their own mini ranges for these?

Hope you enjoyed the little review - if you have any questions, just ask them in the comments below. What stuff would you like to have in the next HH masterclass book?