Atia's Projects - Past, Current and Future

So - I got asked to take the pile of models I have currently finished and take some pictures of them. That sounds easier than it is. I'm 100% sorry for the quality of the pics, but it should give you a good overview of my armies. Once the Zone Mortalis is finished and I have some spare time I'll try to do good awesome army pictures for a future post.


My first Horus Heresy army - here it all started. This army is more or less done - it focus heavily on Terminators and Tanks. I may add an unit of veterans later on, but for now, I'm quite happy with them. 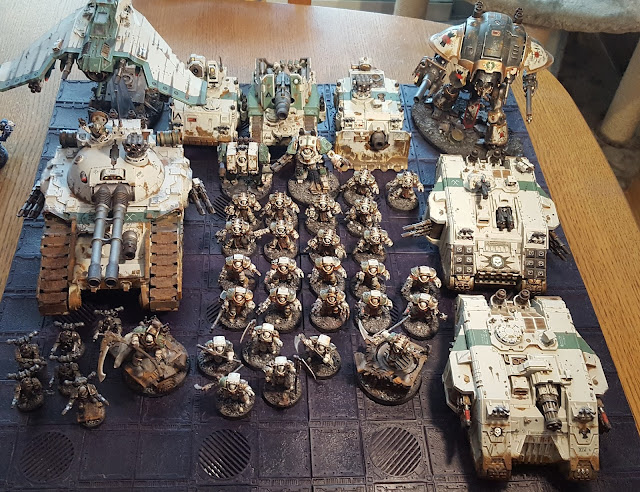 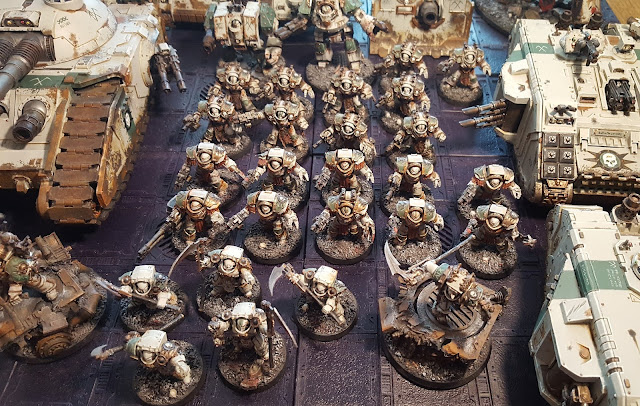 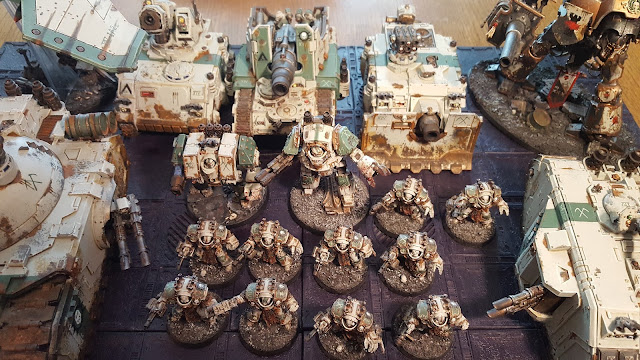 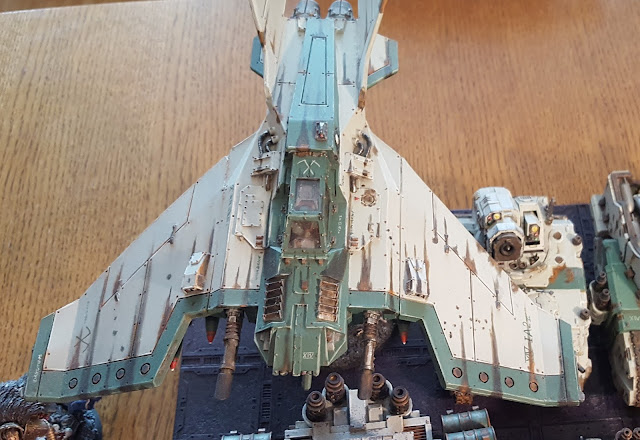 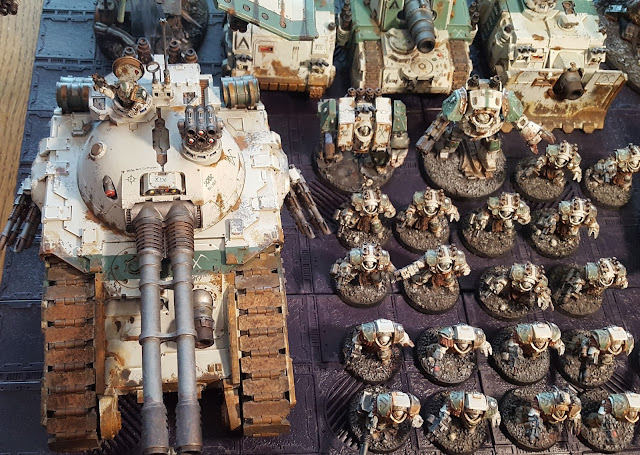 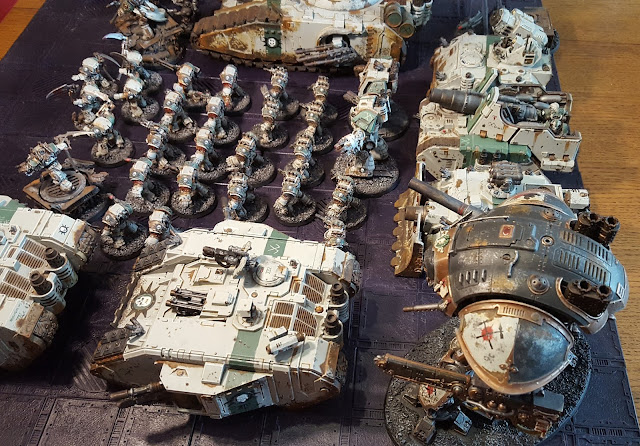 I also just checked how many points this army would be (for Apocalypse) - it's 4.800 points.


Next is my current project - my Word Bearers. You can see more pictures of them here. They are roughly 60% done. I'm still working on their tactical squad - after them, only legion specific stuff is left. 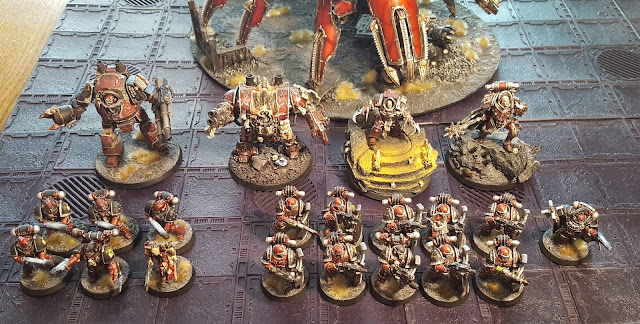 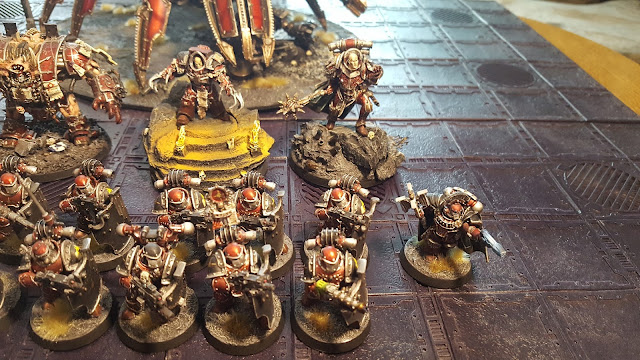 My daemons are far from done - but I'll do them from time to time. They are more a side project when I need to paint something different than Marines to be honest. That said - I'm glad that I managed it to paint up two of the Lords of the Abyss - Zarakynel and Ang'grath. More daemons pics are here. 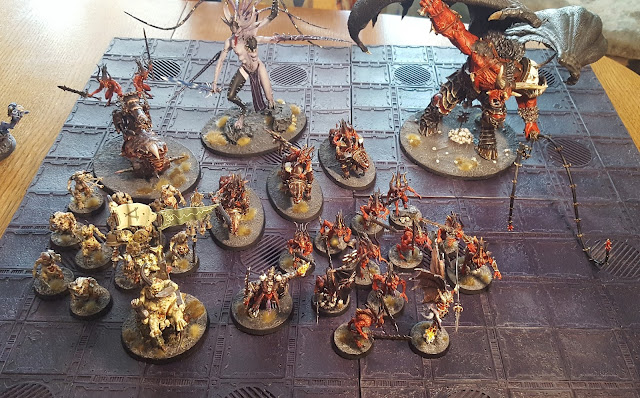 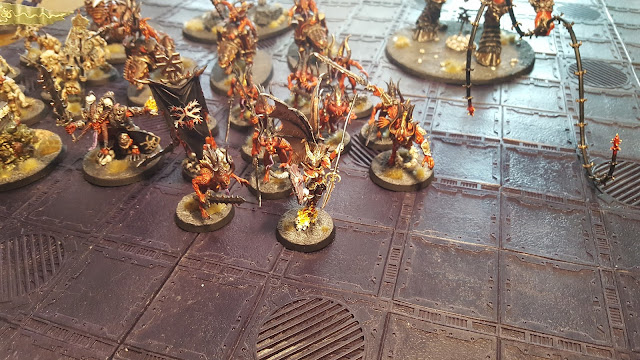 The next big project after my Word Bearers - Shattered Legions. 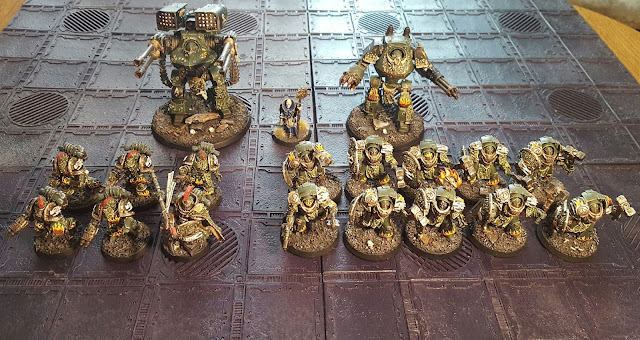 My Salamanders are 60% finished. I still have a veteran squad, a jetbike unit aswell as Vulkan to paint. I'll do them alongside my Raven Guard Legion this fall.


Last but not least, I still have plans for 3 Xenos armies:

- My Orks, most of them are already build. I want to paint a few of them later this year, probably around christmas.
- Eldar. A small Zone Mortalis army. Craftworld Ulthwé.
- Necrons. Some Tombworlds were already awaken during the time of the Great Crusade. It's even hinted that some of them were at Necromunda ...

Besides that, I also have some AoS armies aswell as a few Deathwatch Kill Teams on my to do list, but about these shall be spoken elsewhere.

I hope you enjoyed my overview post. If you have any questions, or wishes regarding my upcoming armies - now is the time to ask them, as I'm currently in the planning phase.