Little post about my Word Bearers Tactical Squad today - hope you enjoy them :)

Note: Most members of this squad seem to wear a non-production variant of Mark V power armour, either through field repairs, bonding reinforced armour, legion specific additions or production Mark V and Mark VI armour parts. This appereance should become even more common during the later days of the Heresy and beyond. 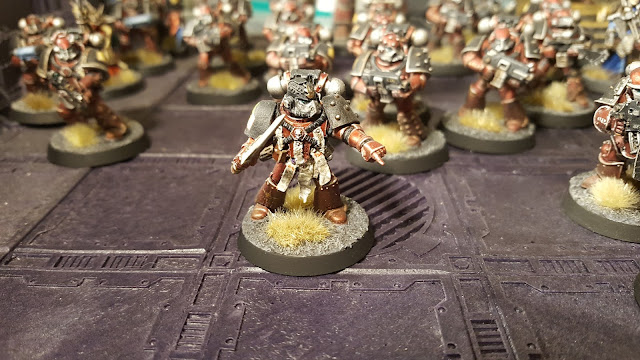 It is unclear how exactly Veteran Sergeant Cadraeus obtained parts of Mark VI armour at the time of the Betrayal at Calth, but it is believed to be either scavenged from the Raven Guard or an early prototype piece, supplied prior to the Istvaan Massacre. 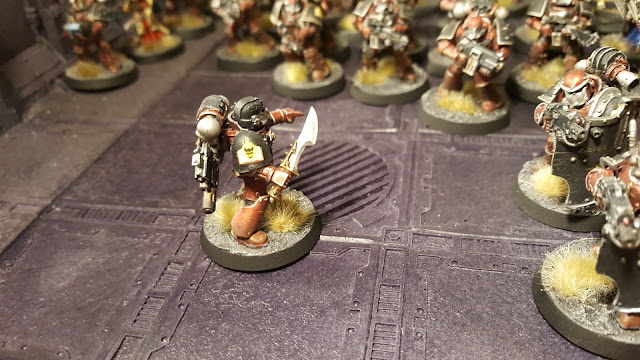 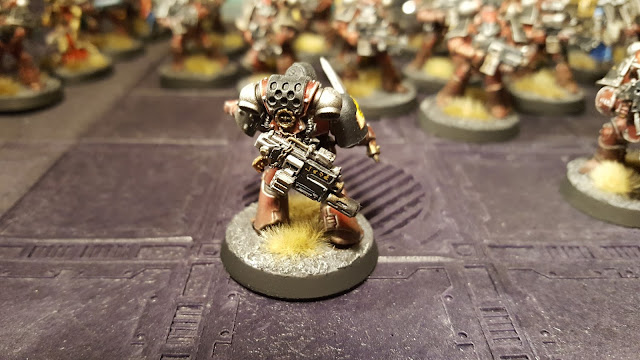 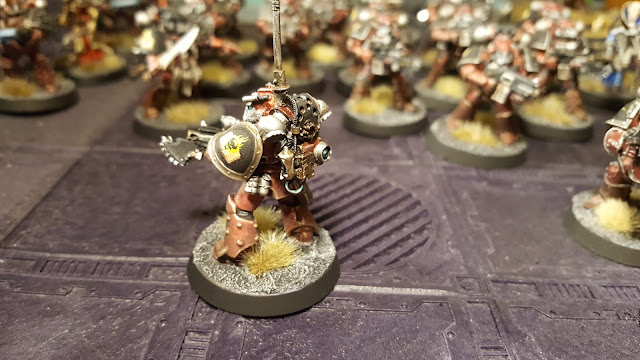 With these guys my troop choices are done! Next on my painting table are some Gal Vorbak, Zardu Layak and friends aswell as a Mhara Gal Dreadnought.