Everything comes to an end. . . 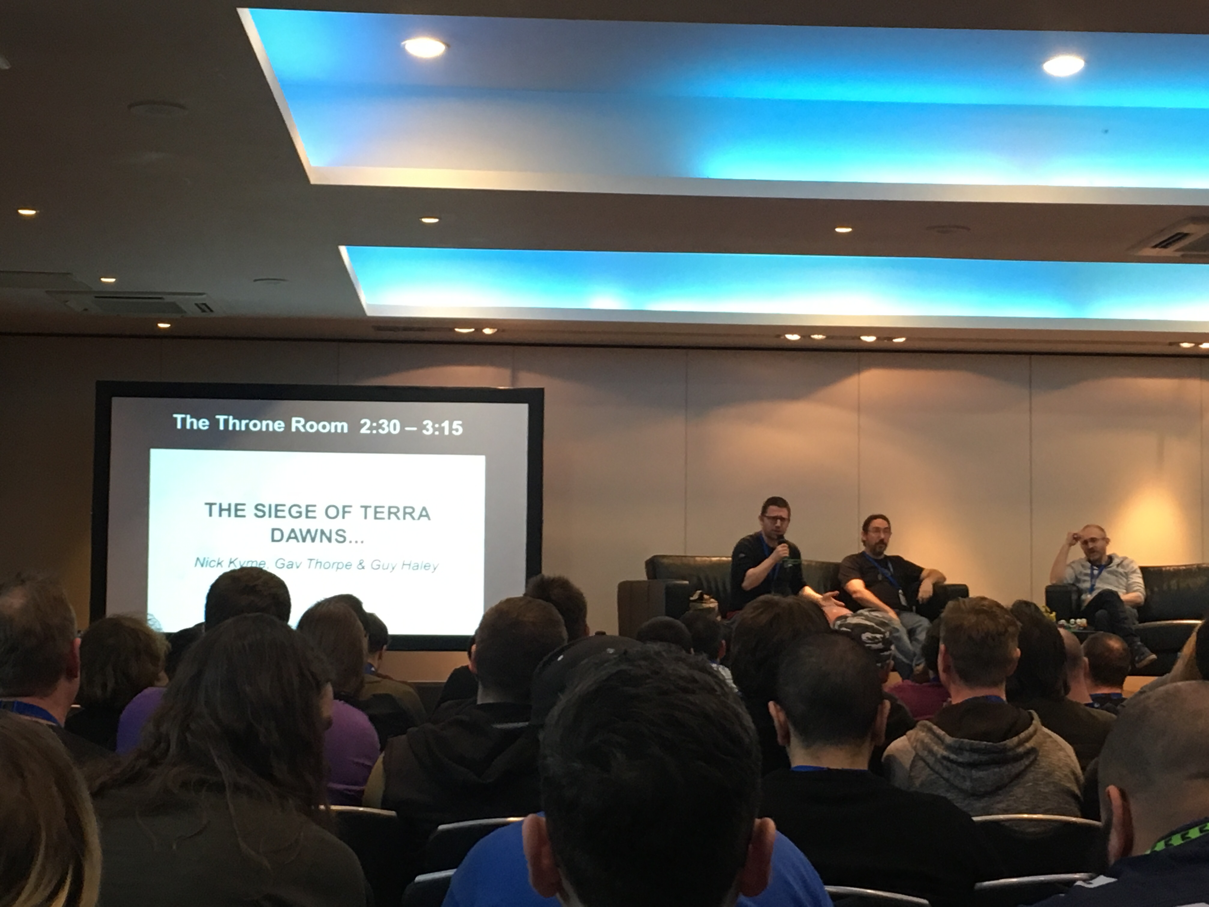 Since 2006, this project has been my favourite aspect of the GW project range.

They decided on Friday last week who will be writing what stories of the final stretch of this story.

Angron offering terms to the Emperor from the base of the walls (that sounds cool). Not sure if this happens or if this is metaphorical.

They are really trying to end all loose ends to enrich this final stage.

They can’t just focus on the Siege on the wall. They need to focus on the other aspects and setups to do it justice.

It’s very difficult to balance the scale of the conflict from a single character’s perspective.

The conclusion of the perpetual story line.

Guy Hayley will be writing a book with Imperial Army’s perspective on the conflict.

The Horus Heresy will end with the Emperor on the Golden Throne. Then the Scouring could begin, with a different logo on the cover.

Won’t confirm who will be writing the final book.

B. Cawl is in Wolfsbane novel.

Angron will approach the wall and issue terms to Sanguinius.

How many books? Can’t say a definite number. They should be relatively punchy on the release schedule.

Keeler will have a role.

The Death Guard’s fall to Nurgle will be before the Siege of Terra mini series (the penultimate).

When The Horus Heresy series finishes, they can envision potentially doing revisit books set within the Horus Heresy timeline. Even if they are taking forward the Scouring.

A Horus Heresy Encyclopaedia is a possibility (but would be a f**king nightmare).

Will they look at the impact of the Siege on the regular citizens? Yes. Minor viewpoints here and there too.