Hi all.
A little while ago I started my journey into a dedicated gaming room. I asked a few years ago for inspiration and how people have done their Gaming Rooms. Mike responded and shared his room and some words.

Thanks for letting me give you some insight into the War Room from its humble beginnings to its current state and future plans....

The War Room was a long time in planning, as I was working in Abu Dhabi for 3 years, with a forced hobby break, so when I returned in 2011 I was ready to get back into the hobby in a big way. Plans where made, materials bought.....but then life got in the way new baby, garage filled with junk so  plans it remained until October 2014 when a house move into the same area as most of my  gaming buddies and a big double garage to call my own got things moving again.

The table itself is a simple timber frame that forms 2’x2’ squares and allows me to build board tiles that can have a sunken section in them, plan is to have a city board with a canal running through it in the future. By placing the old kitchen table under the frame it allowed me to have some in board storage, some cheap book shelves were then built in and plinth created to slot in the beer fridge (an integral part of my gaming group, all in there 30s) and some batons between the legs allow my GW and FW 2’x2’ tiles to slide in flat.

Once the table was built I added some optional extras, a nice green felt dice rolling box with raised edges (didn’t like the idea of trying to find dropped dice in the garage) and then on the end wall I mounted an old TV, now surplus to requirements and linked it up to my laptop, this lets us have the rules or codex’s up on the big screen or as its linked to the movie server have a good war movie playing in the background.

The first set of board tiles I’ve done simple GW realm of battle board, painted up and snow flocked, it can be 4’x8’ maximum but tiles can be removed and replaced by blanks to shorten the board and create more table space for dead guardsmen (my main opponent).

Future plans for the War Room are many, but the next main projects are a 4’x4’ Zone Mortalis Board (tiles are purchased, just need painted), a full 4’x8’ City board made up of the FW tiles, GW City Tiles and some scratch built canal tiles and terrain to fill them.

Thankfully now my gaming buddies live nearby we’ll spread the terrain painting between us, which frees me up to paint my Tau, Traitor Guard and Dark Elves. Have yet to play 30K, but my plan for January is to start a Raven Guard force for my local GW’s Tale of Many Gamers and will need to find some awesome models to paint up to better my silver placing in the Aberdeen Golden Trolls.

The big change of late is the big wooden display cabinet is now gone, to be replaced with a new work bench and shelving, so I can have my airbrush permanently set up and have some better storage for all the terrain and minis. With a good sized work bench I will be able to also get back to my long term project of my Tau Manta, which is the first (and I think still only) non-imperial/chaos titan on Titan Owners Club.

If anyone finds themselves in the Frozen North (Aberdeen, Scotland) your always welcome for a game and a beer in the ‘War Room’.

Thanks for reading......just realised I’ve written a bloody essay! Feel free to cut it to shreds and I hope it is what you where looking for. (Naaaah it's great :) )

Love your blog, keep up the good work.

I will be asking Mike for an update after this post to see if it has evolved any more (sorry it has taken so long to put up). 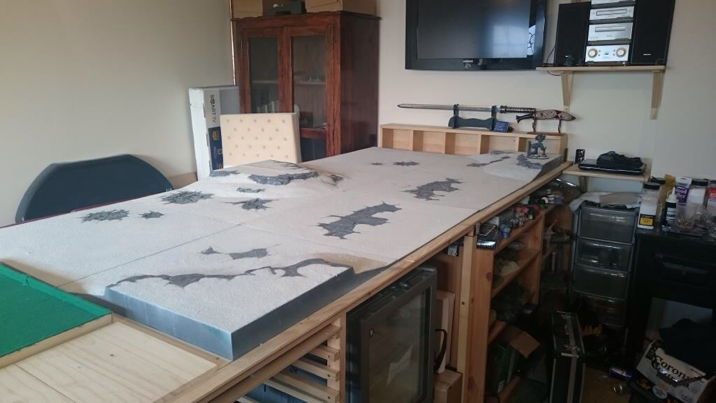 The design and construction phase. 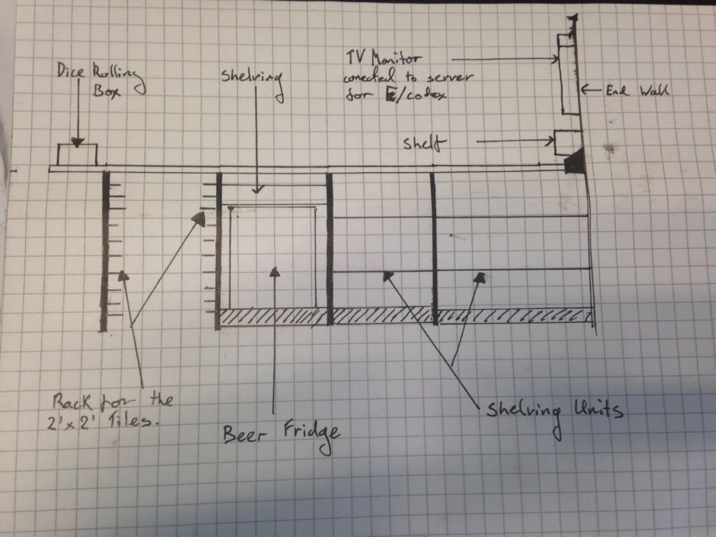 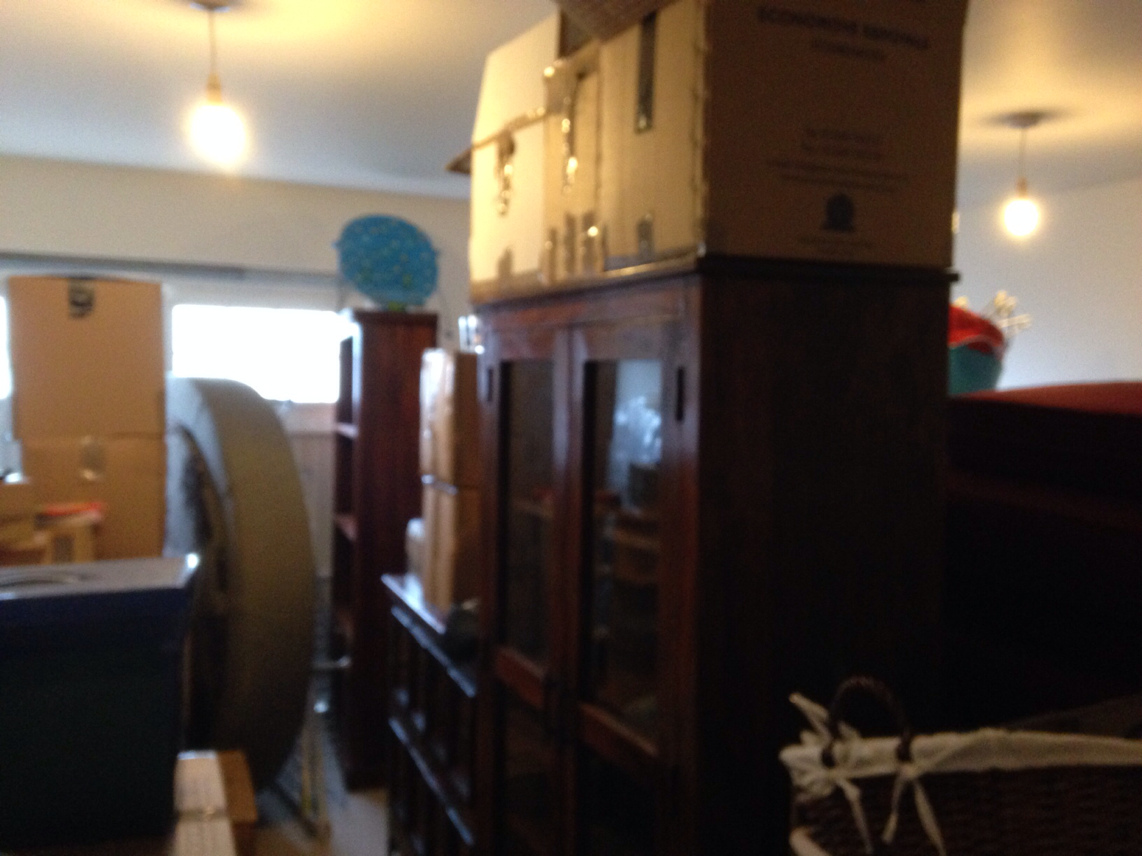 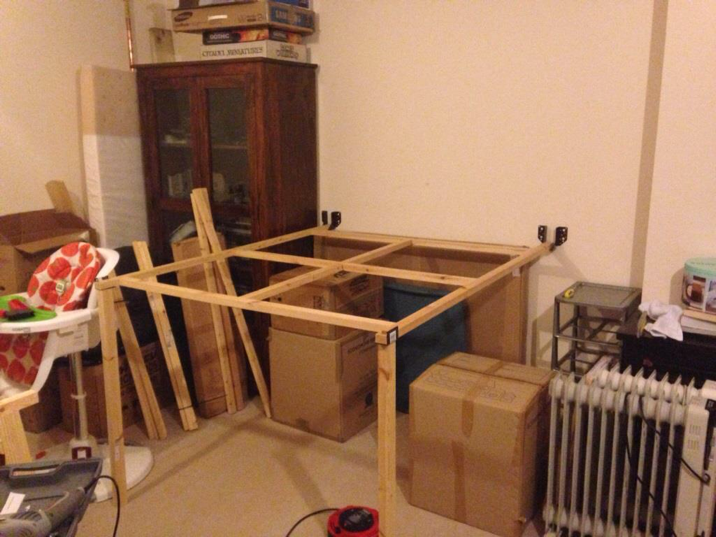 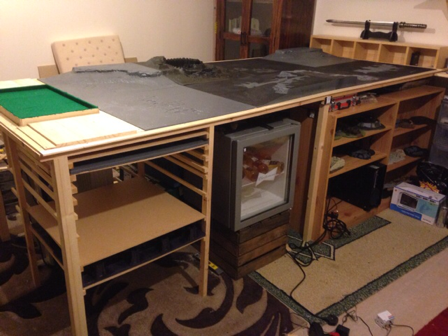 Love the racking idea. I'm nicking it for mine! 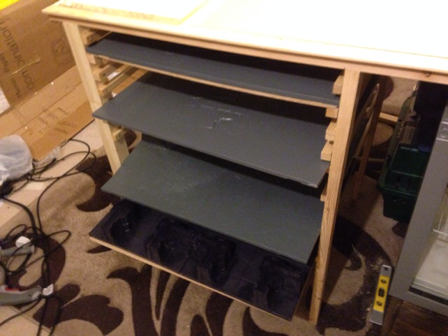 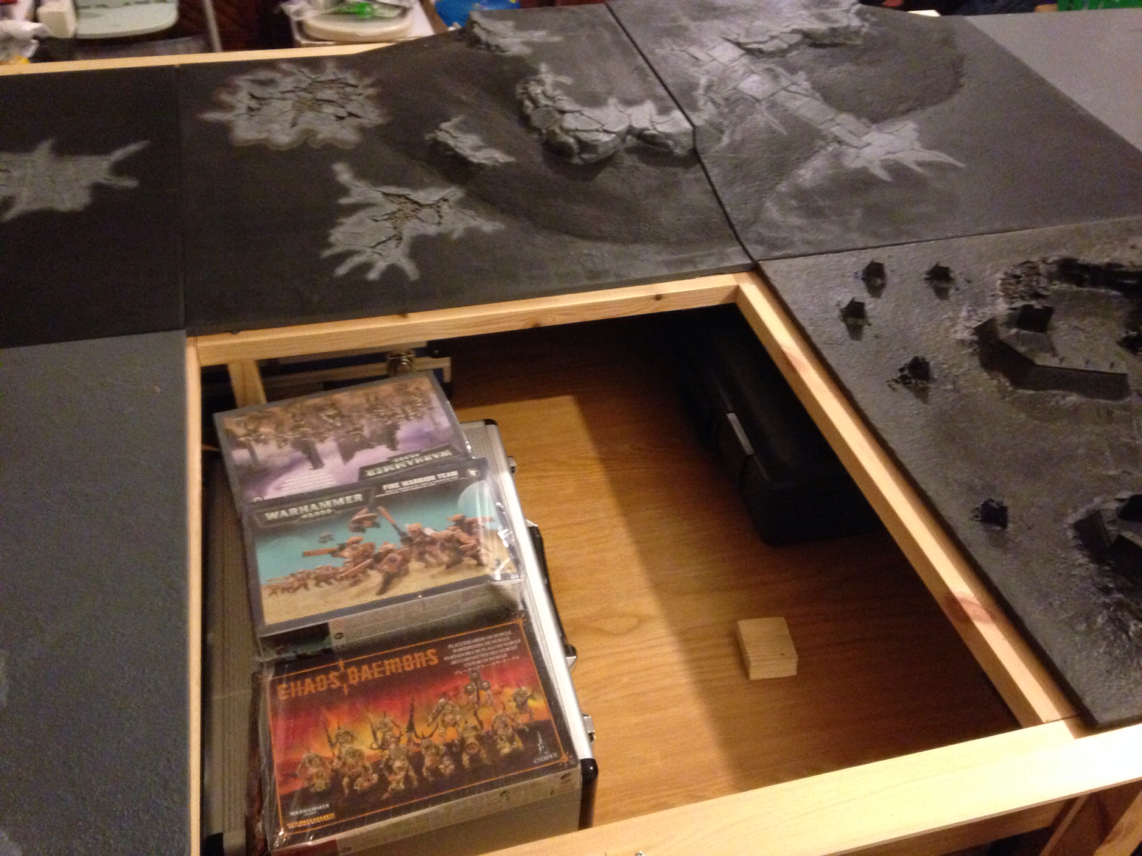 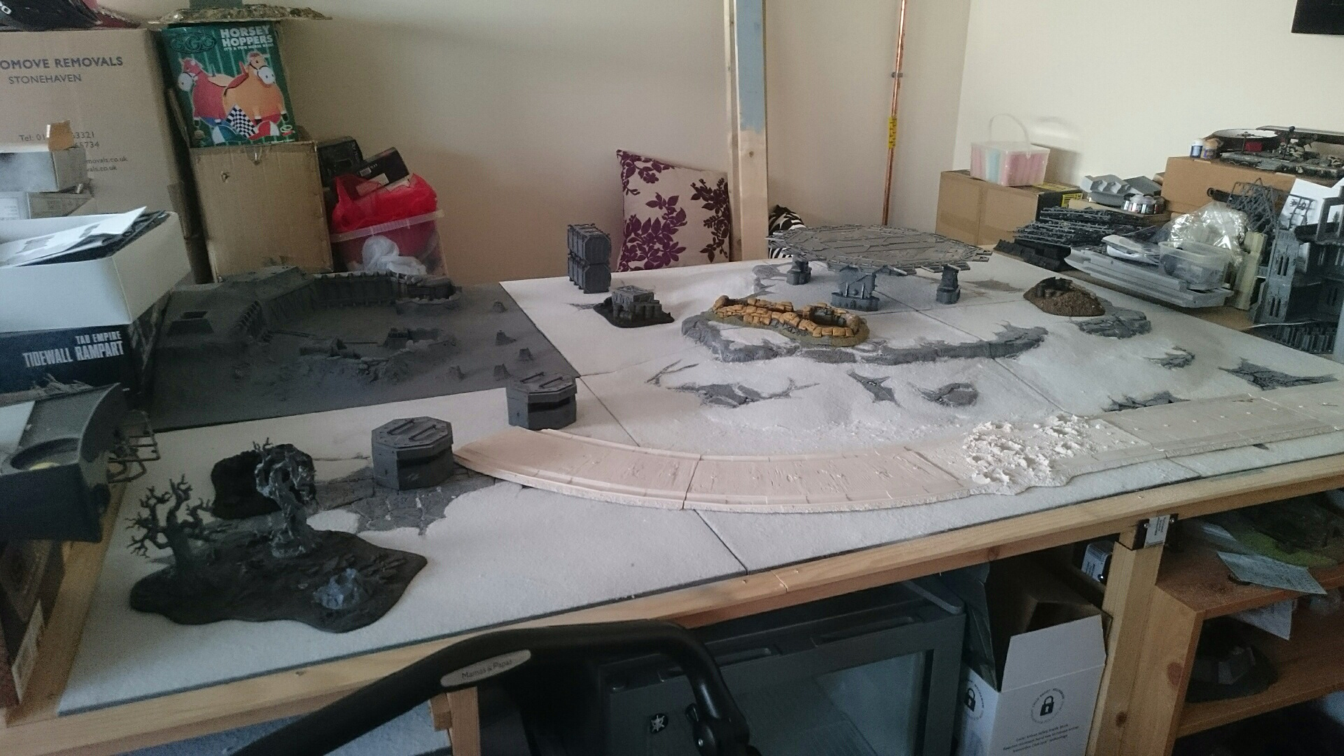 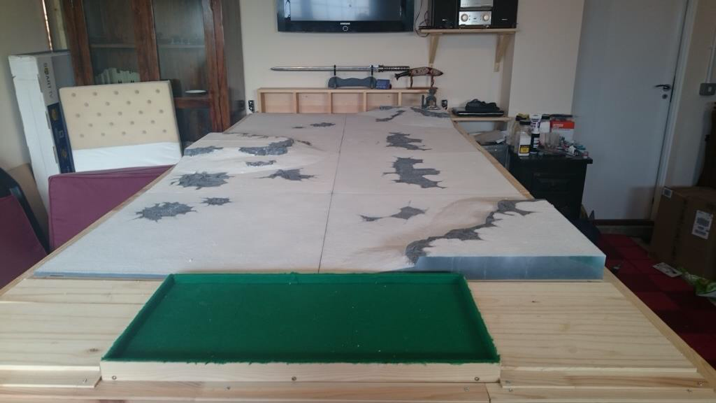 A great space. I will be posting an update underneath at some point soon hopefully. Please email us your Gaming room pics and designs. We will be sharing a few over the coming weeks as I get my gaming room converted (I need inspiration).