Hi all
For the past few months I have been one of the people Beta Testing the upcoming Adeptus Titanicus Dominus Computer Game. It has been and still is an awesome experience.
Here is the Early Access video below.

As you can see the game is awesome. 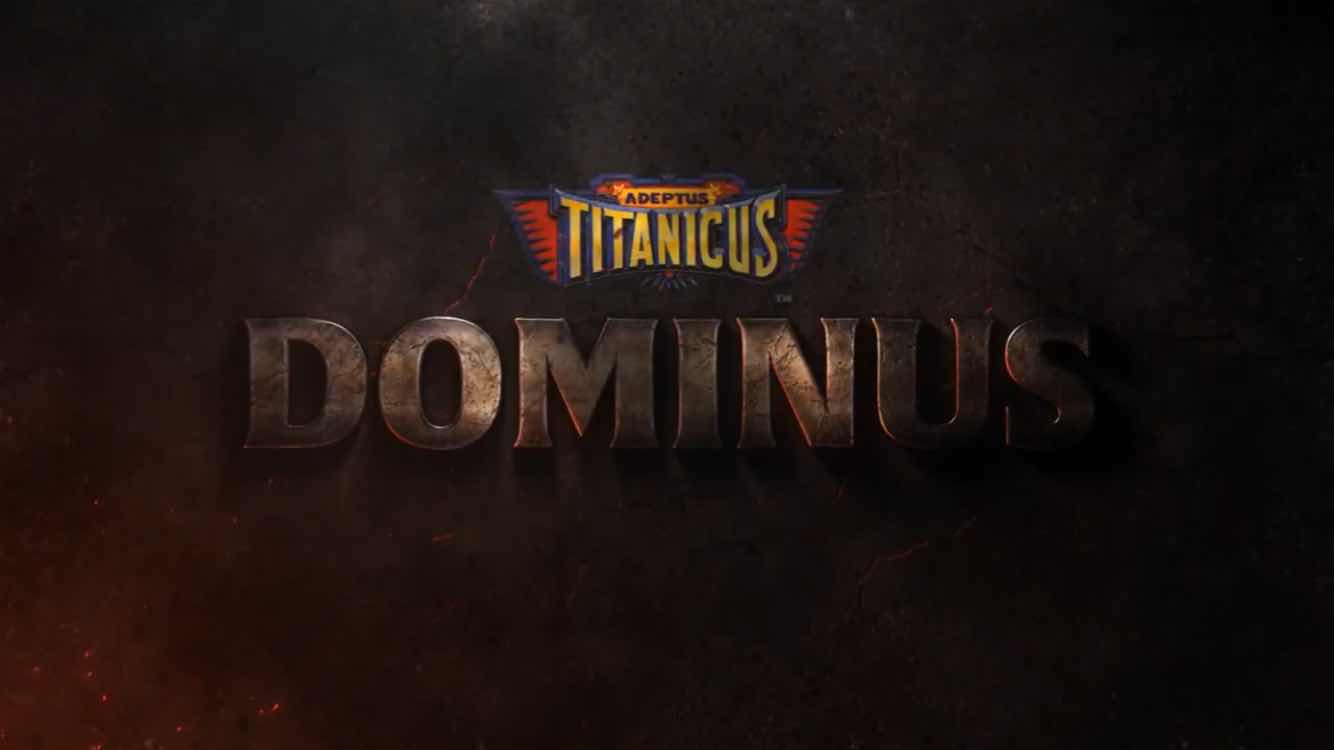 There are numerous 3D models you may recognise in the game from the FW and GW range. 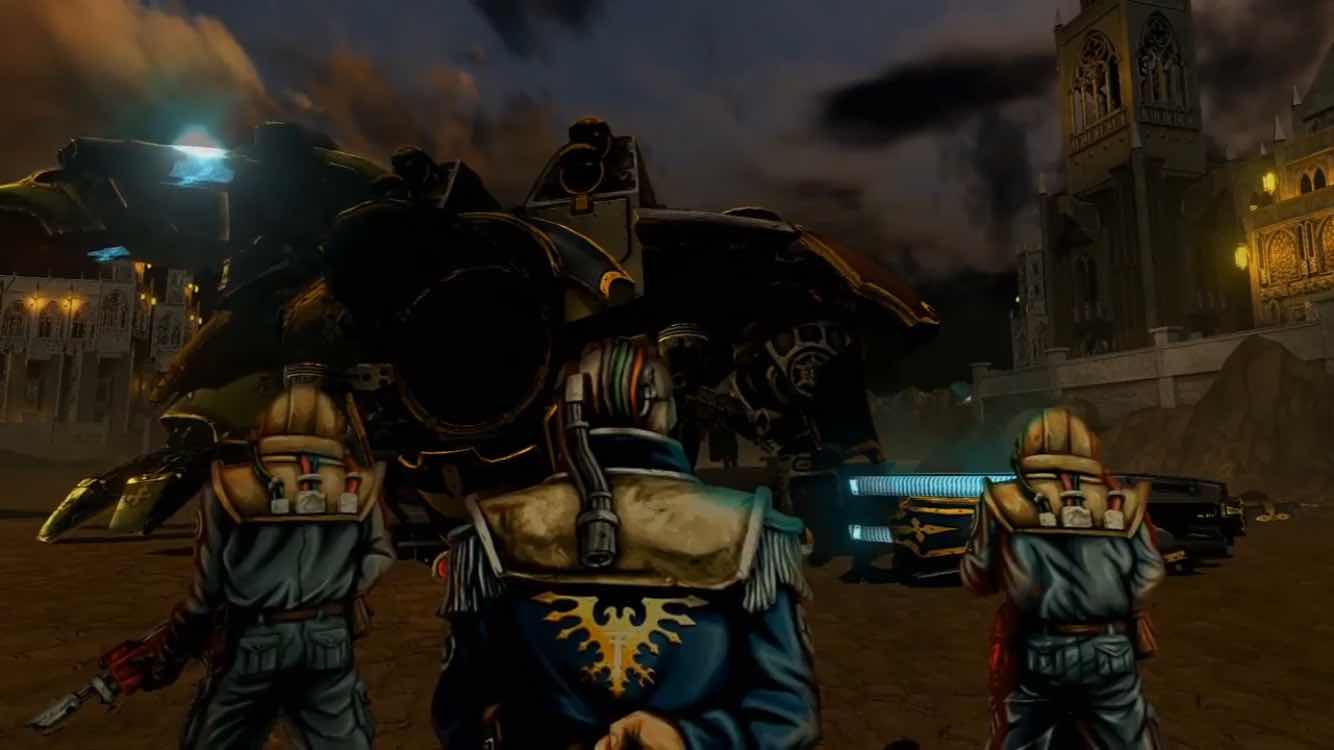 The Warlord Titan also comes in Chaos flavour :D. As you can see from it's load out, it takes a nod to the armaments of yesteryear when it comes to Carapace mounts. 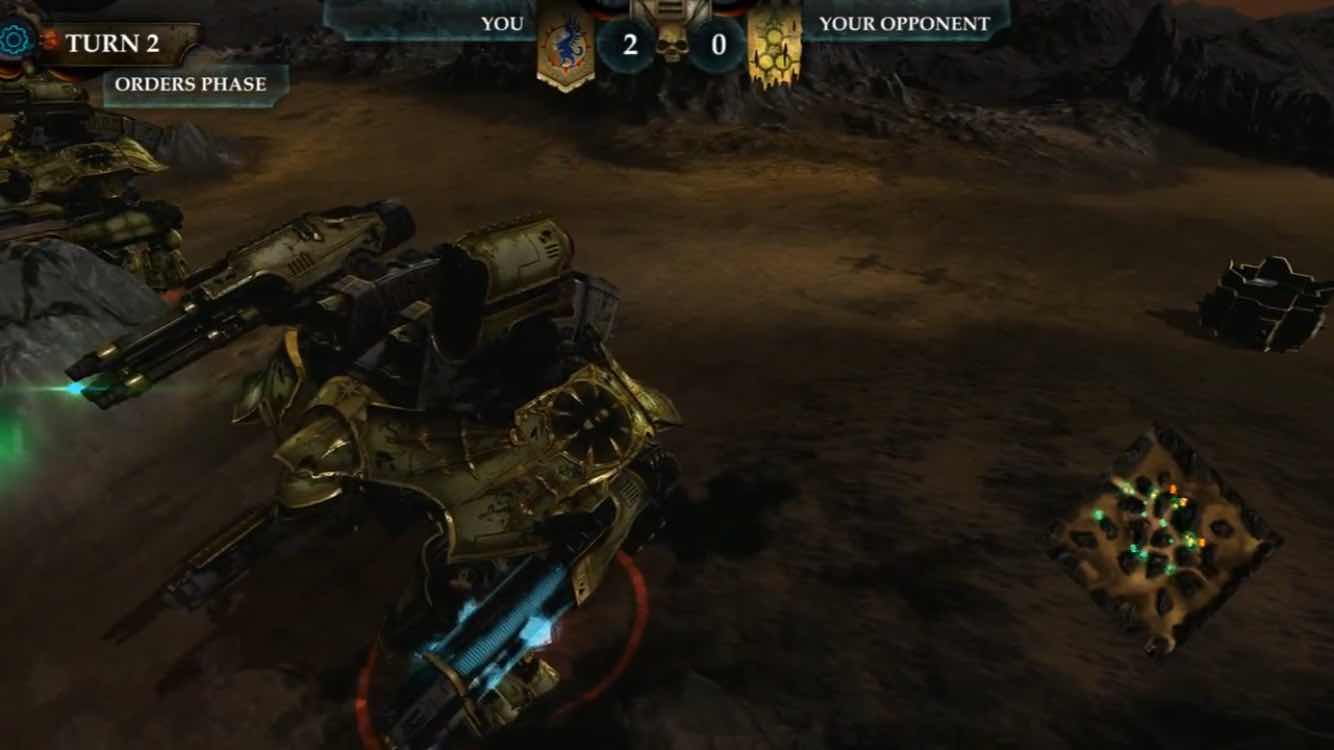 Hear you can see the Sunfury letting rip a huge shot to damage the Reaver. 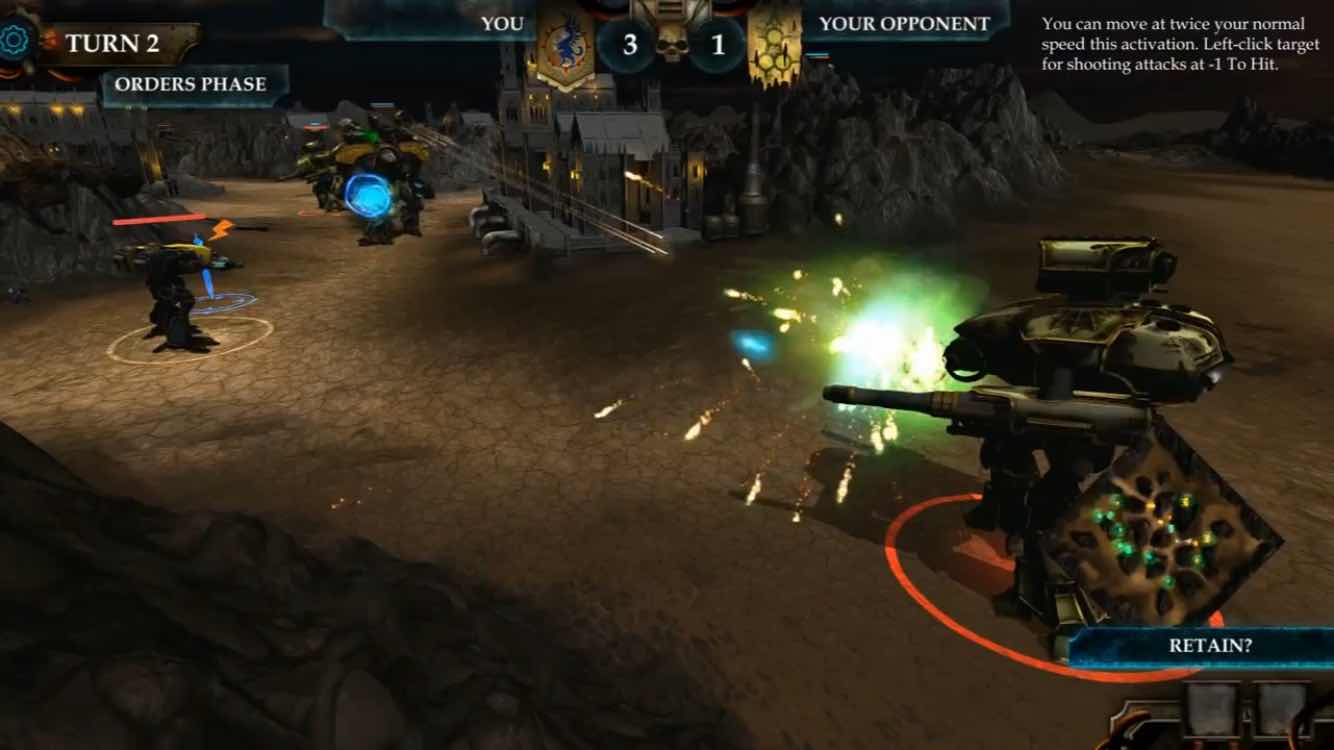 The pyrotechnics have evolved over the past few months. The void flares and sounds are brilliant. As you can see on the image below that the Warlord on the left has lost his voids so is now ready for a pummelling. 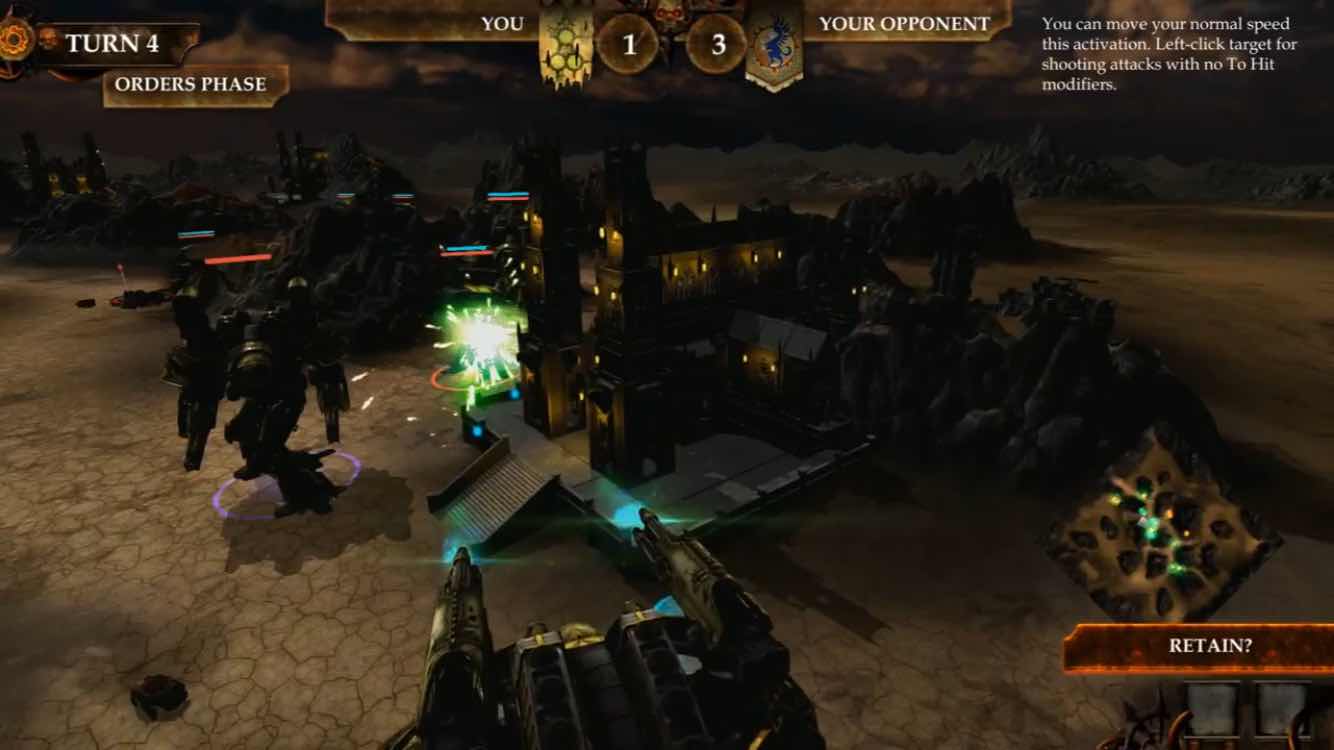 The (cough) small Cathedral was in my way! 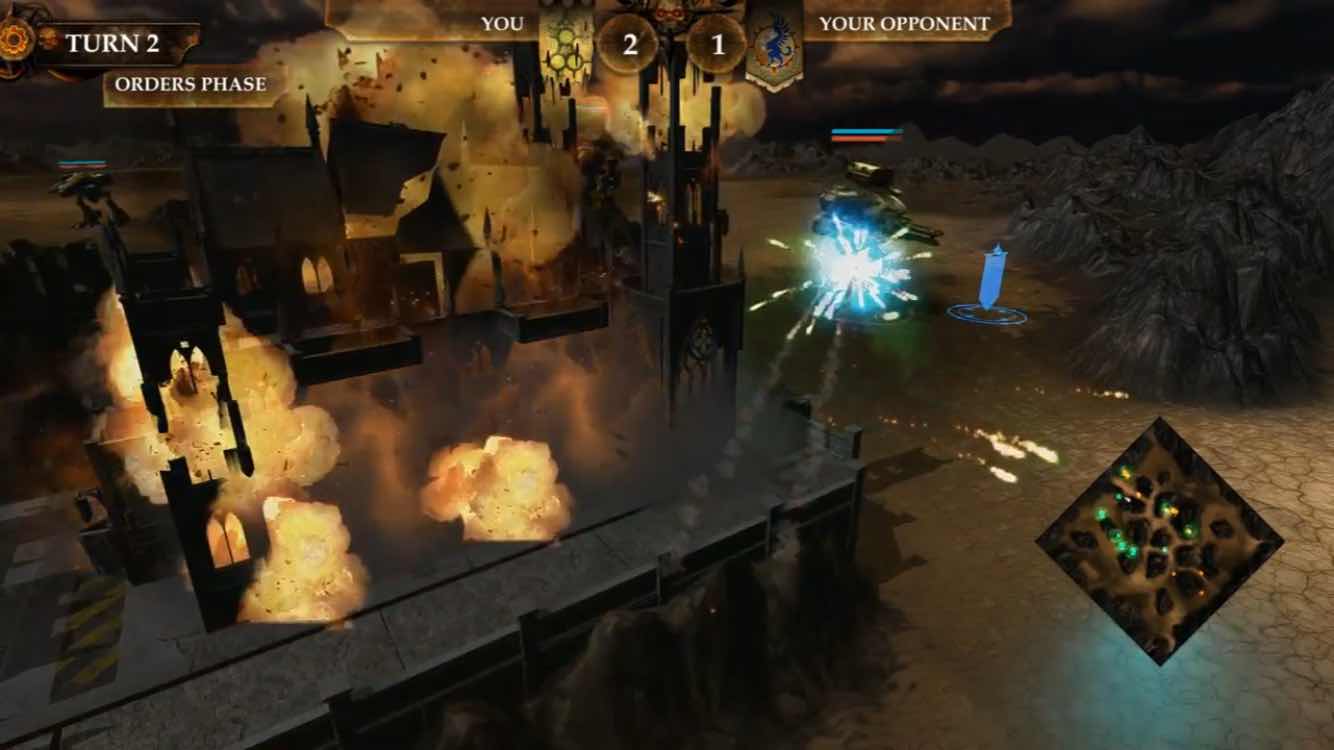 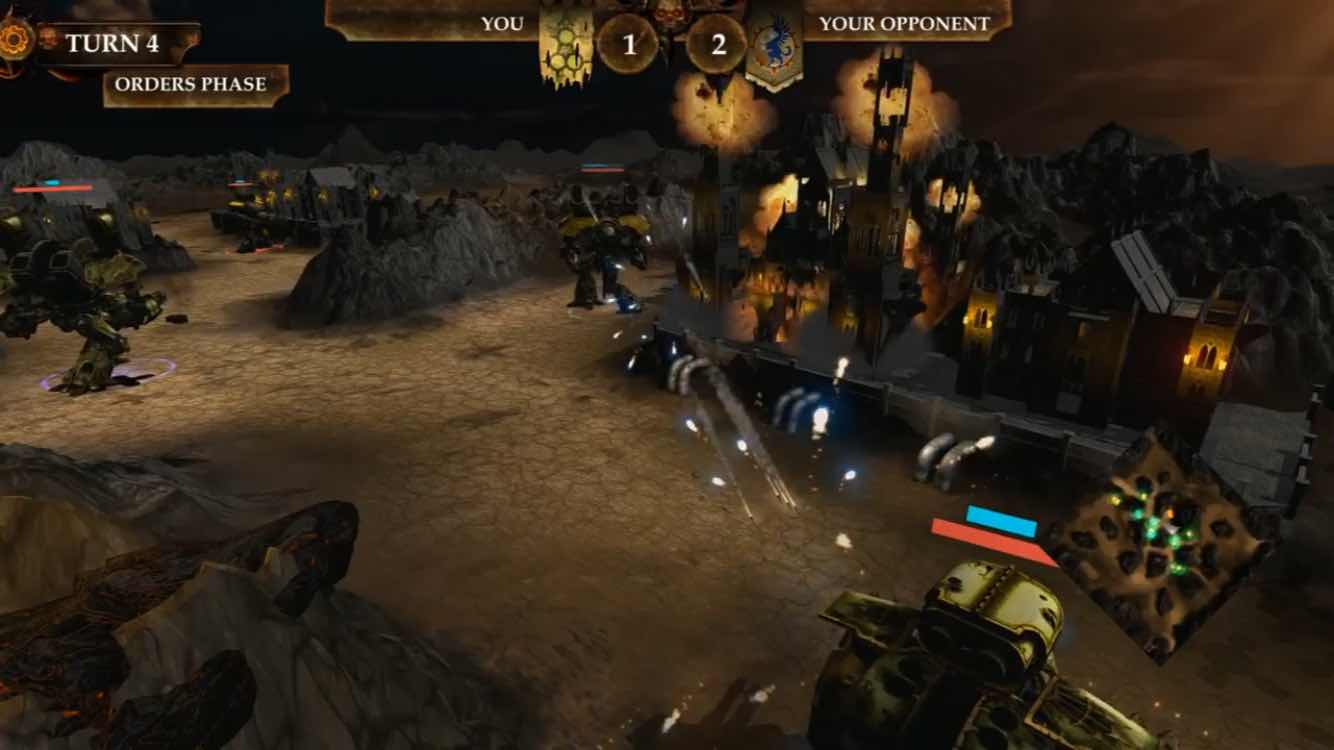 The Eyes above the Engines represent the Princeps Senioris of the Maniple for the slay the Warlord objectives. 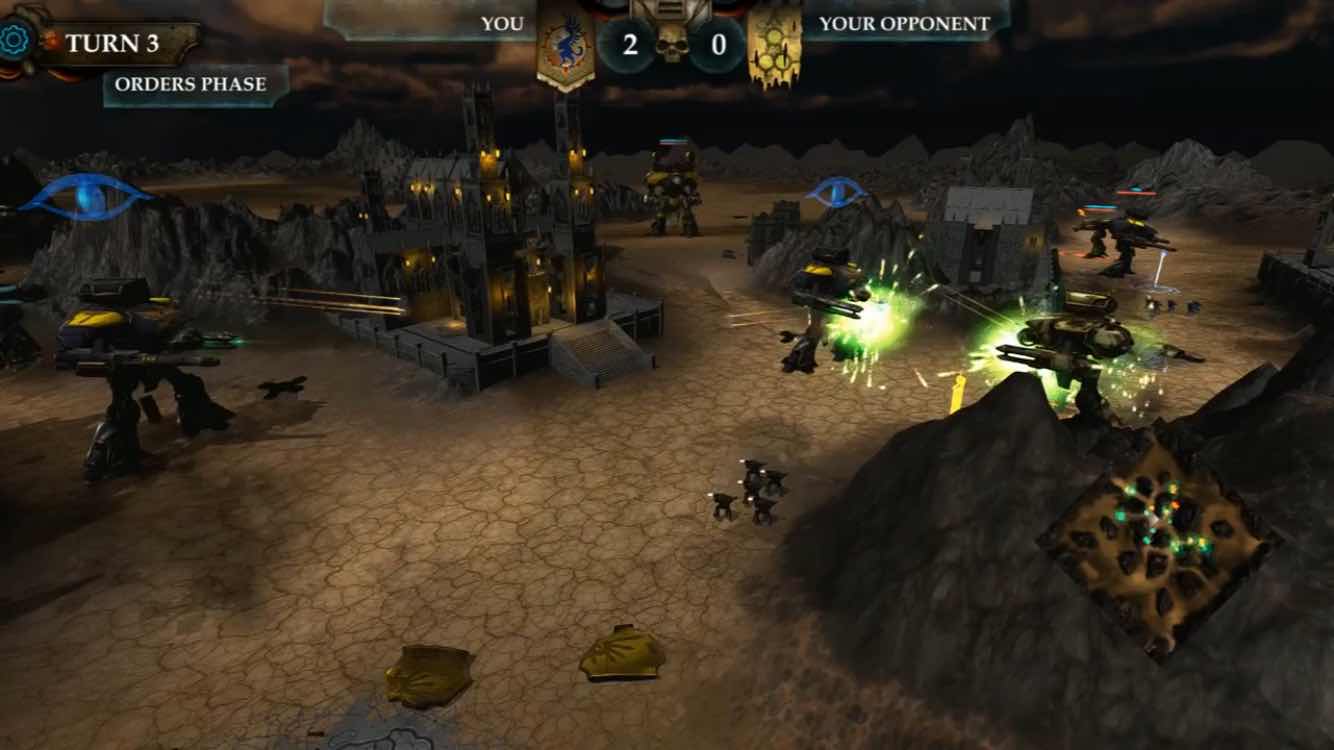 The terrain and the tactics/engines you employ are really important on this map. Which makes this game feel very special. 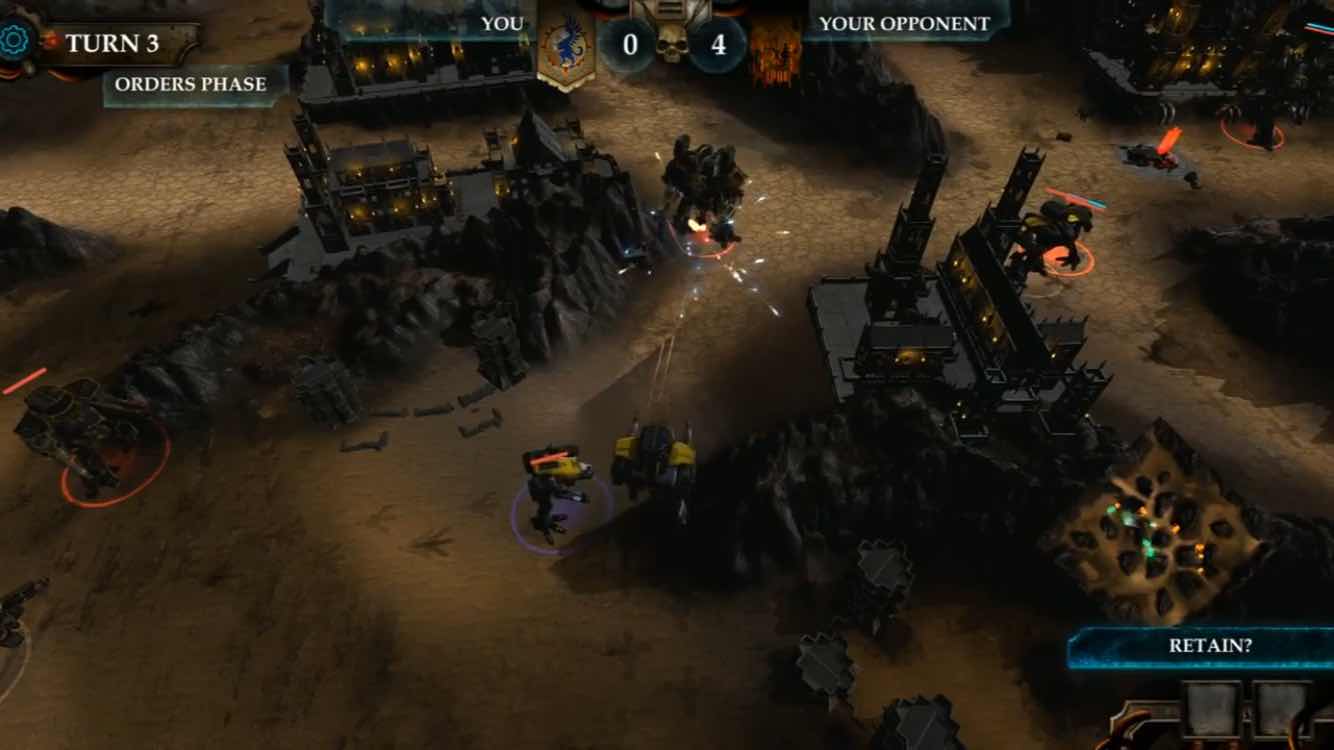 The little orange circle is the objective claiming circle. End your move with an objective within this circle and it is claimed by either a drop pod dropping, or a space marine squad running forward in the end phase. 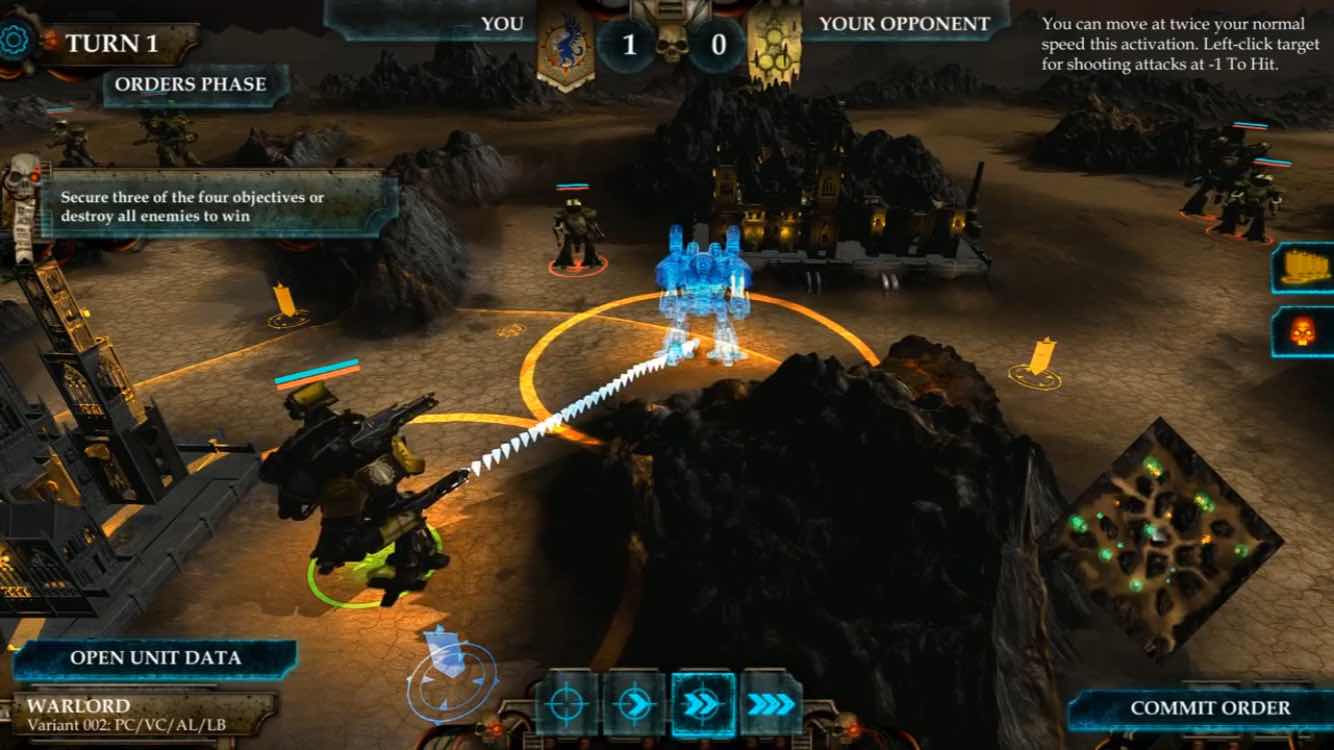 From the amazing team at Membraine:

Hi everyone! We are announcing today that Adeptus Titanicus: Dominus, our 3D turn-based strategy PC game adaptation of Games Workshop’s classic Titan Legions tabletop game, is launching on Steam Early Access on 31 May 2018 at just US$9.99!

Even better, a discount of 30% off will be available during the launch week for the early adopters among you!

Check out the new trailer below!

Our press release will start being distributed in a few hours time, but we wanted you to know before anyone else. Glenn and I are extremely grateful and humbled by the support we've seen for Dominus, and we can't wait for you to play it.

We'd like to take a moment to thank our community testers—brave souls who have endured many, MANY bugs and helped us refine the gameplay and the user experience to a point where it's an engaging game that is strategic and tactical yet also quick to play, so you can knock over several multi-player games with your friends in only a hour or two. THANK YOU for your time, your commitment, your efforts in providing your feedback, and your overwhelming enthusiasm for Dominus' Titan-on-Titan combat. Without your help, we would not be launching Dominus in just one week's time!

The great thing about the Membraine team is that they are Table top gamers too. They love Epic and other 40K games, and have been into the hobby as long as I have. Adeptus Titanicus Dominus was in good hands from the very start. 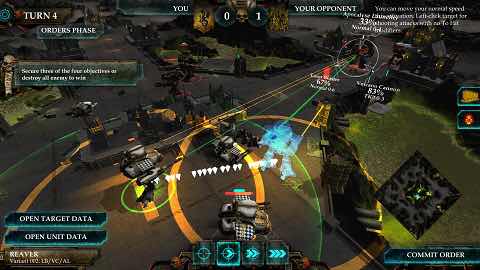 “Membraine Studios is a small team—Glenn and Mark. We need feedback from a larger base of players who will help us understand what's working and what we need to improve. If you understand what Early Access is about, you're happy to be part of a journey of discovery with us, and you love the idea of helping shape Adeptus Titanicus: Dominus by giving us your constructive criticism in our Steam Discussions forums or Facebook, it would be great to have you on board.”

Approximately how long will this game be in Early Access?

“The Full Release date is currently a moving target. Between our own ideas and ambitions for the game and the feedback we anticipate our community may contribute as we make the game together, we are unsure how long we'll be working on the game, but we think a reasonable estimate is somewhere between six months and a year.”

How is the full version planned to differ from the Early Access version?

“We plan to expand the number of battlefields and the roster of Titans variants over time in regular updates. We also want to add more significant features, like Steam Achievements and a loot-drop system, in the Major Updates we have planned. Beyond these things, we also hope to be able to implement new ideas and features that our community may request—all reasonable requests will be considered...but we're not making any promises.”

What is the current state of the Early Access version?

Will the game be priced differently during and after Early Access?

“The price at Early Access launch will be commensurate with the amount of content available in the game at that time. We intend to then raise the price with each Major Update, as by the time each of these updates is released, significant new content should have been added to the game. We feel this approach will appropriately reward those gamers who join us on our Early Access journey, and will particularly reward those who join us right from the start.”

How are you planning on involving the Community in your development process?

“We want to recreate the world of Adeptus Titanicus and the glorious Warhammer 40,000 universe on PC, doing justice to that universe and forging a true-to-source game to which players want to return again and again. To achieve this, we will need constructive feedback from the community on each Early Access release. Feedback like this will enable us to amend and prioritise our development cycle as appropriate. We will of course avidly monitor our Steam Discussions forum, but we will be particularly active on our Facebook page, where you will be able to engage with us in public and/or private discussions, depending on your preference.” 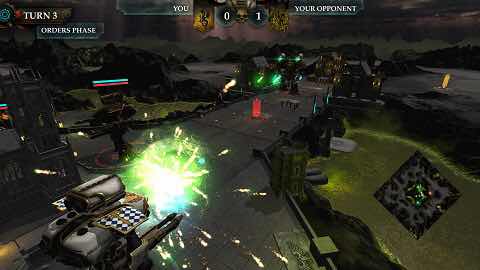