I would like to share with your guys and girls our review of the newest Age of Sigmar Battletome, the Idoneth Deepkin. 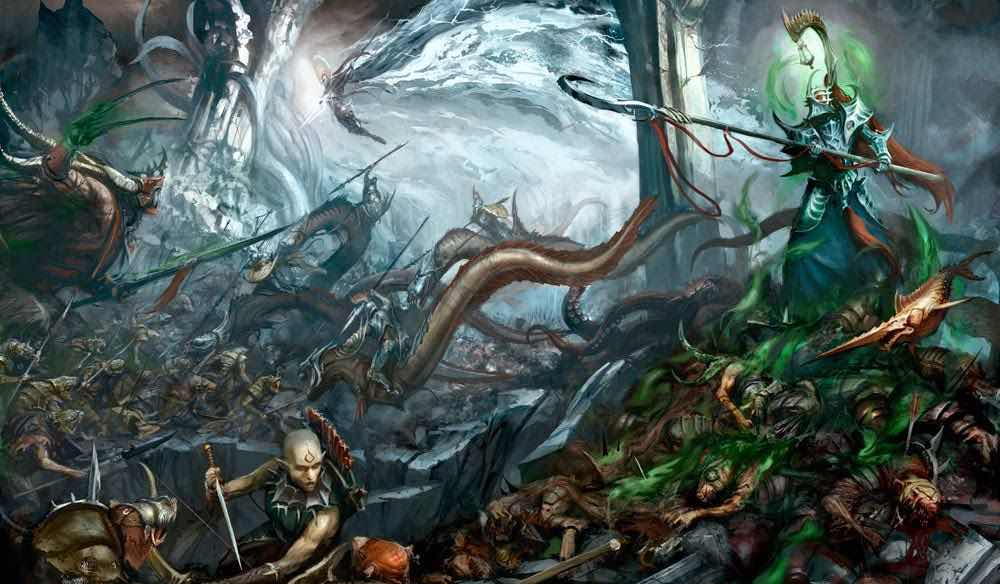 The Idoneth Deepkin are a race of aelves that live in the depths of the oceans in the mortal realms. They only come to the surface for one reason, and that is to carry out raids. These raids are not for treasures however, but for mortal souls. They bring the magics of the oceans with them. This allows the sea creatures to swim through the air as if flying. 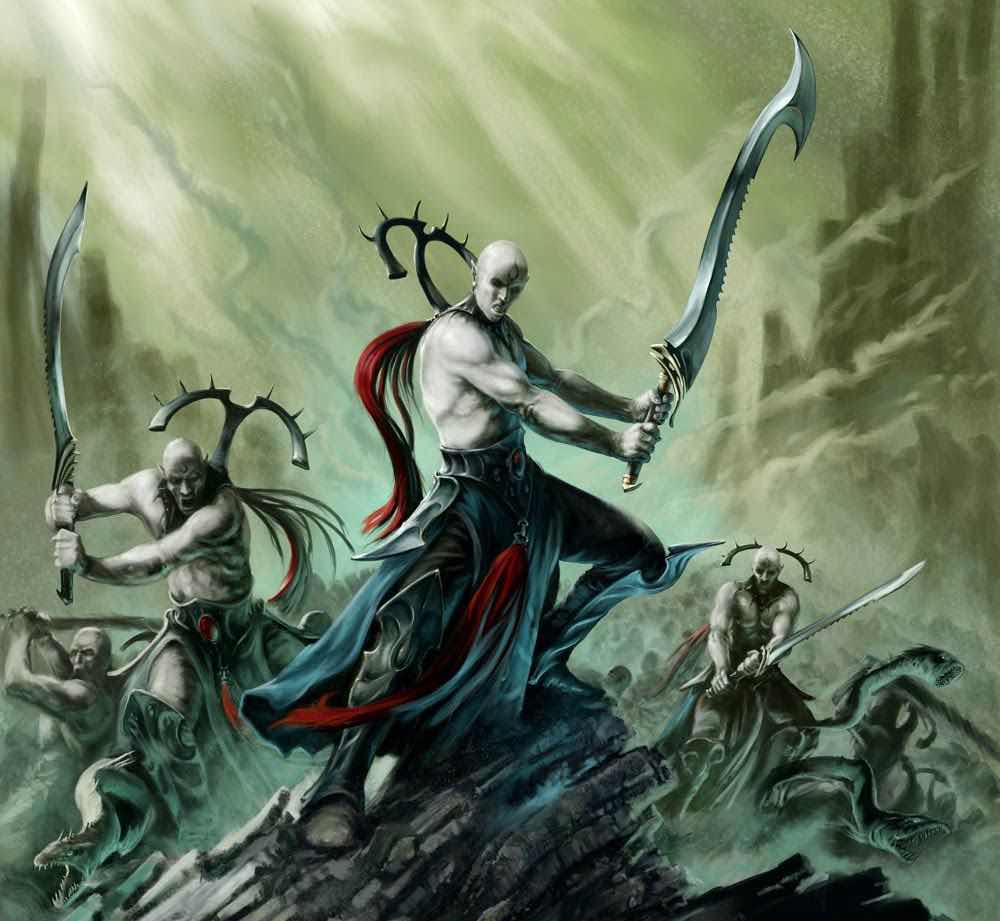 During the end times, Slaanesh fed on so many aelf souls that he became bloated and weak. As a result Teclis, Tyrion and Malerion, were able to capture him during the Age of Myth. The Dark Prince was tortured and the aelven souls were reclaimed. Teclis used a portion of the souls to remake aelves in the image he most fondly recalled, noble and bright. This did not go to plan however as the aelves grew restless and began to fight among themselves. In an attempt to correct this, Teclis began to purify them to root out the darkness. Fearful for their lives, many aelves fled and were scattered across the realms, seeking solace beneath the waves. Teclis wanted to destroy his creation, but it was his brother, Tyrion’s plea for leniency that stayed his hand. Thus the Idoneth Deepkin were created. 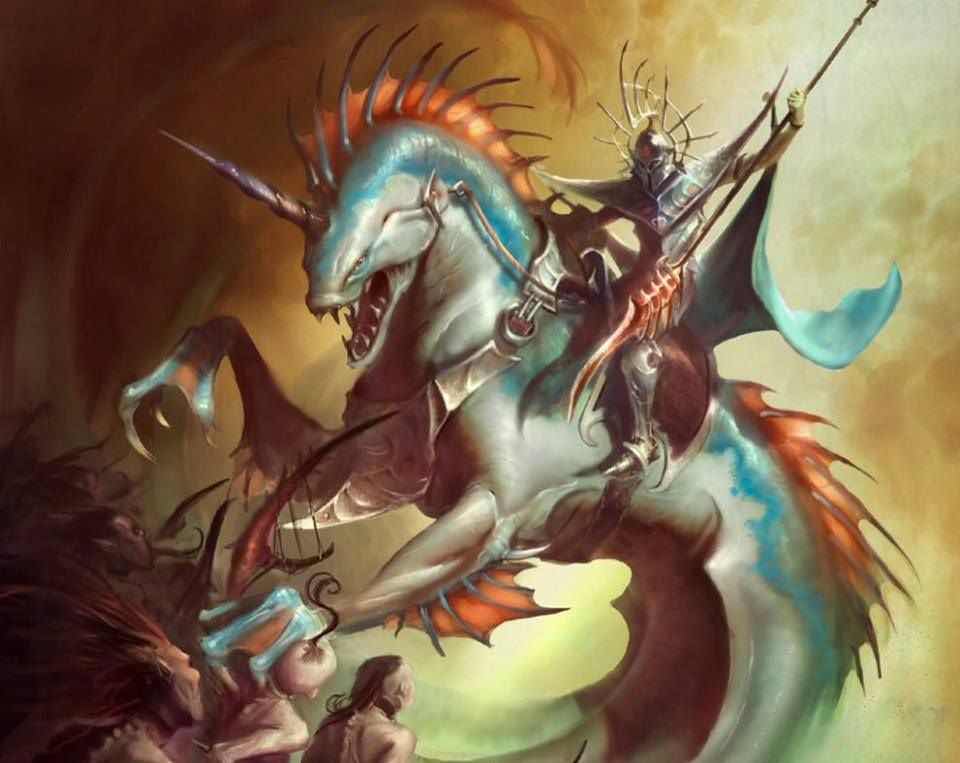 The Idoneth began to realise that they were cursed, as out of every 100 born only one would survive infancy. This is because the majority were born with withered souls. These were named Namarti. To overcome this, they learnt that they could steal souls from other mortals, and use the souls to ensure longer life for their offspring. This is the reason the Idoneth carry out raids on the surface. 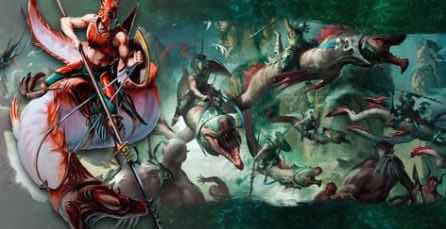 One thing that the Idoneth value above all else, is secrecy. As a result of this they will go to great lengths to ensure they are never discovered. This includes clouding the minds of any survivors of their raids through the use of sorcery. They even did not know the whereabouts of other enclaves, and they would only meet occasionally at periodic gathering called assembrals, where the leaders of each faction should meet to avoid loosing contact entirely. 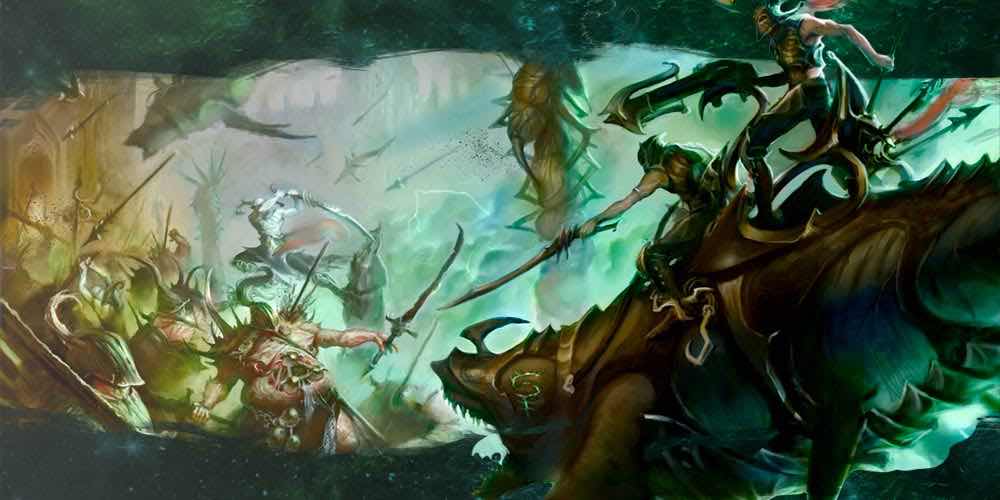 There is a pretty cool story in the Battletome where a army of the Seekers of Slaanesh, while looking for their lost god, chanced upon an Idoneth raid. The Seekers decided to attack the Idoneth, but were defeated when an Eidolon of Mathlann was summoned and killed all of the Seekers and a Keeper of Secrets called Sslish the Depraved. However, as we all know, daemons are immortal. So, a century later, Archaon was able to summon Sslish, and learn the existence of the Idoneth. 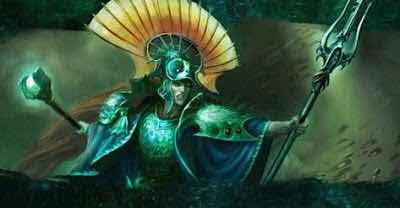 With this knowledge, the Everchosen commanded the Skaven Lords of Decay to seek out the Idoneth. What was once the hunter, had now became the hunted. This caused the Idoneth to increase the frequency of their raids, which in turn caused more races of the Mortal Realms to learn of their existence. The forces of Order, tried to form alliances with the Idoneth to help fight back the forces of Chaos. However, The idealistic views often caused conflict and friction between them and the other forces of Order. Some Idoneth enclaves would still raid Order forces for their much needed souls. 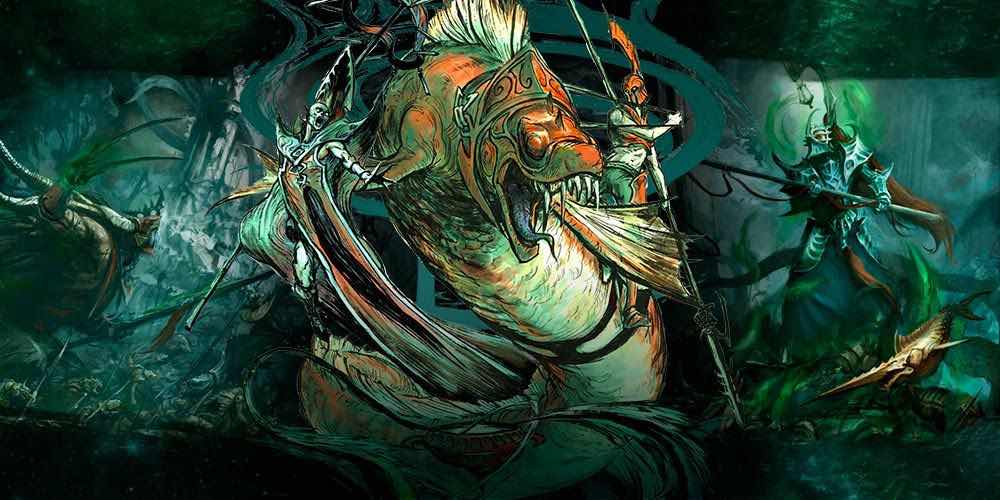 Of course, there is a lot of background that I have not covered. Like how the Idoneth bound creatures of the deep to their bidding, the structure of the military and also information on some of the enclaves.

The first thing that should be known about how the Idoneth battle, is the Allegiance Ability called Tides of Death. This brings different abilities depending on what the battle round is. 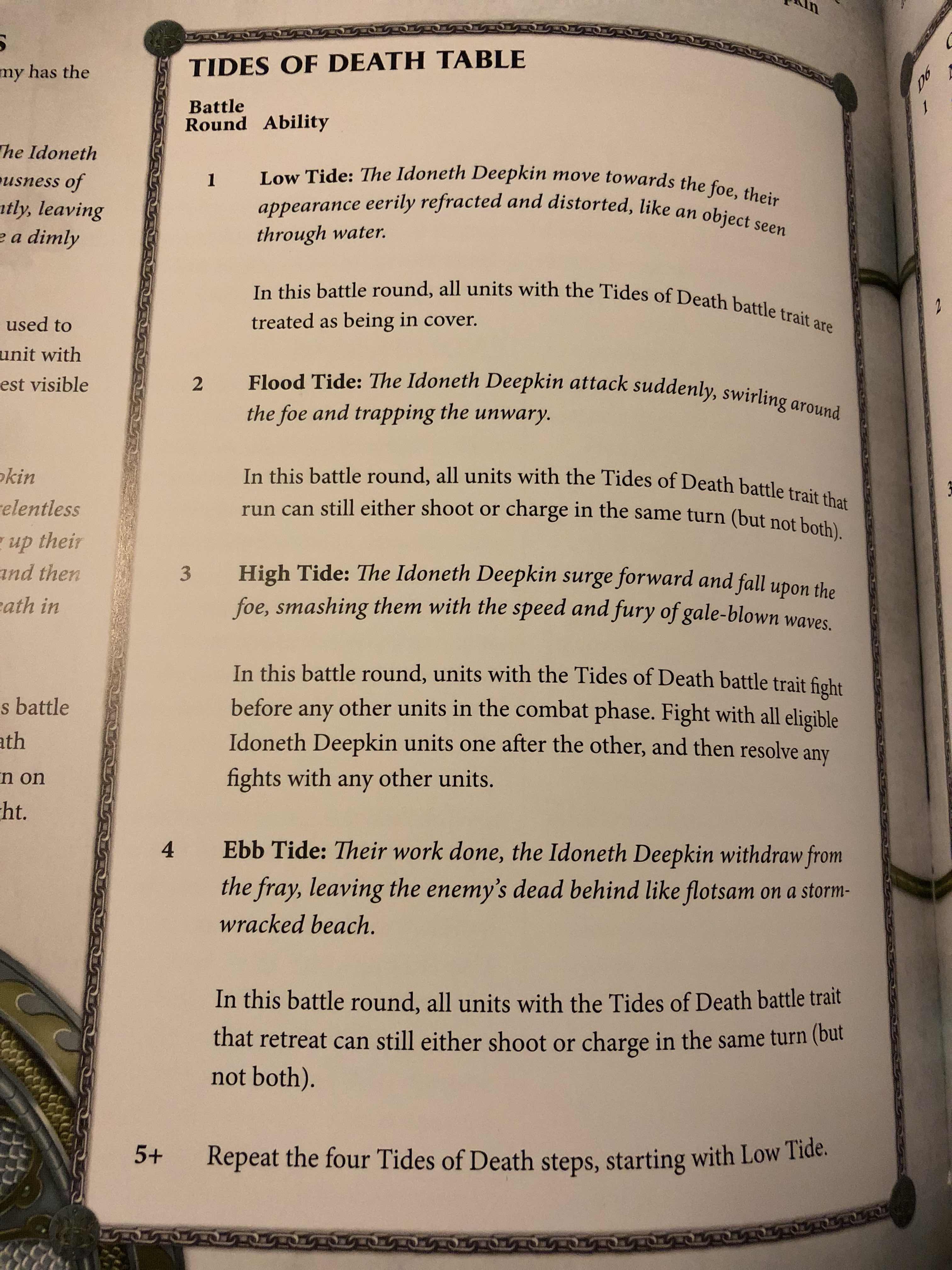 As you can see, if timed correctly, these could be extremely effective. There is also an ability called Forgotten Nightmares, which means that missile weapons have to target the closest Idoneth Unit. Very useful when protecting your more valuable units. 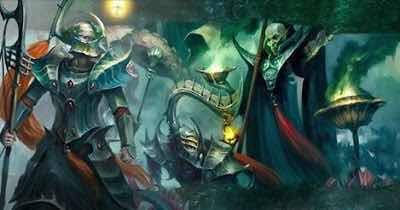 There are some fairly standard Command Traits available, with 2 standing for me. Hunter of Souls which allows the general to re-roll wound rolls of 1. And the Born From Agony which increases the generals wounds by 2. On to the artefacts, as we would expect, there isn’t really any that are game changing.

Each Idoneth Wizard, gets to choose, or roll for a spell on the Lore of the Deep table. 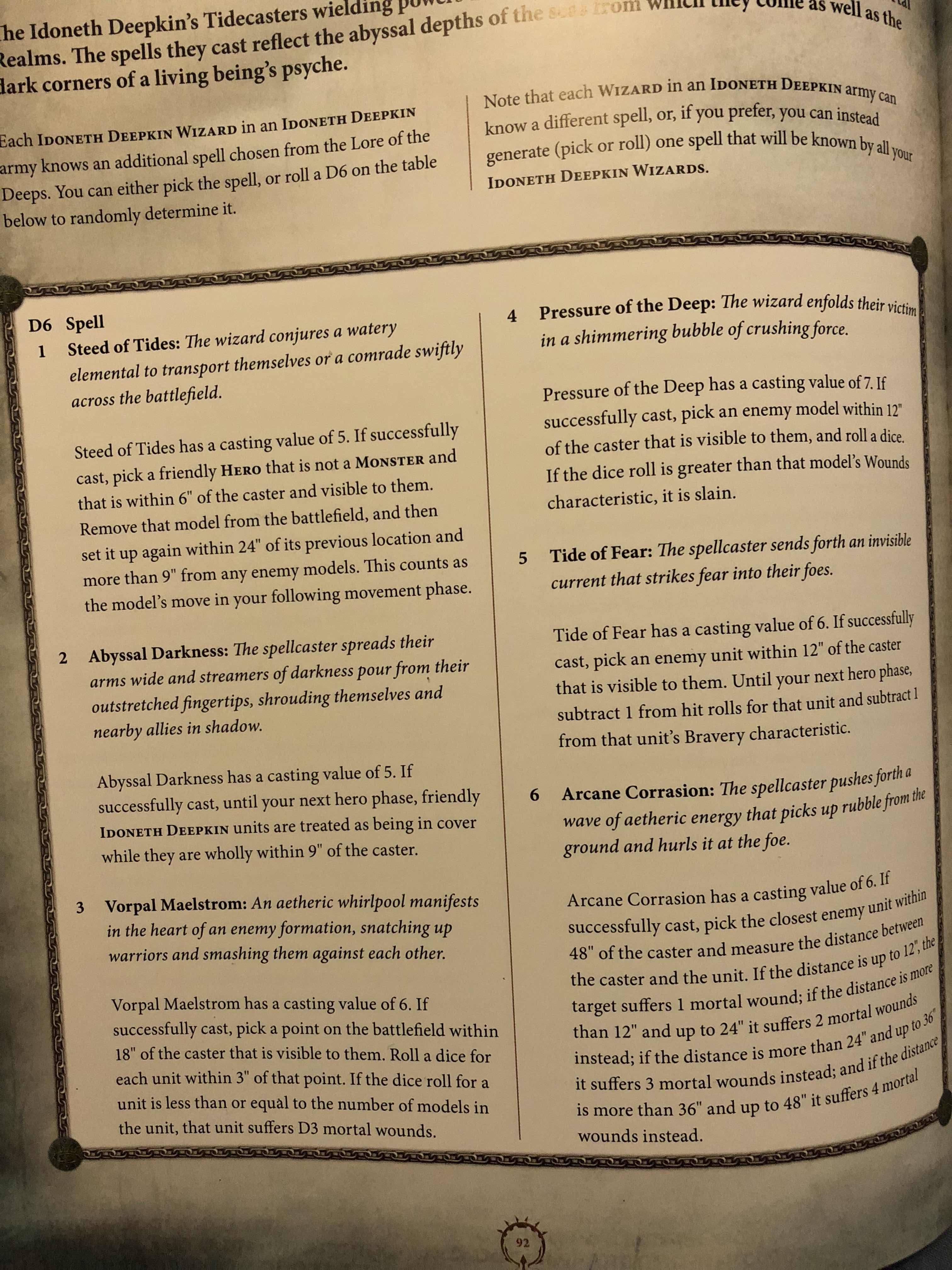 Personally I like the Arcane Corrasion spell. If you set up correctly, you could inflict 4 mortal wounds right off the bat.

There is a piece of scenery available to Idoneth players called the Gloomtide Shipwreck. These will only be useful if placed on/near objectives, as it grants a 6+ invulnerable save to friendly units nearby, and also has the chance of inflicting mortal wounds to enemy units nearby. 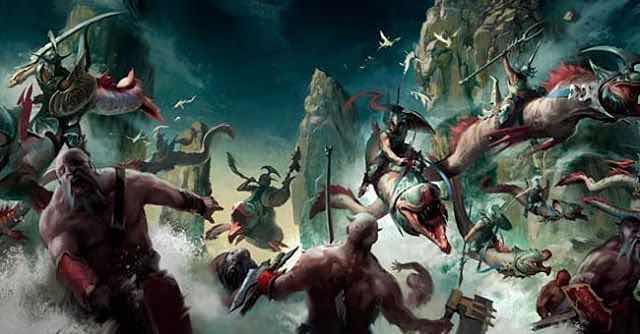 As with most battletomes, you will get the option of choosing which Idoneth enclave your army is from, each coming with their own abilities. The one that stands out to me is the Dhom-hain. These are a very offensive enclave and can re-roll hit rolls of 1 when they charge, and also re-roll failed wound rolls when fighting a monster. The others do have some cool abilities, and overall these bring great variety and flavour to the Idoneth. 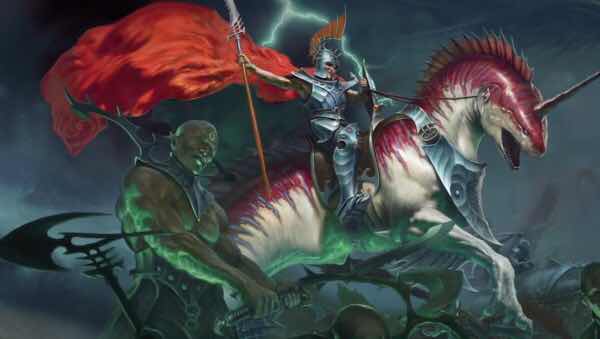 Next up we have the Battleplans. 2 of these are based around the Idoneth carrying out a raid, as to be expected, one is the Idoneth trying to escape with their plunder of souls while being pursued, and the final one is the Idoneth attacking a ship. These do look like good fun, and they can easily be adapted to fit a scenario if your choosing. 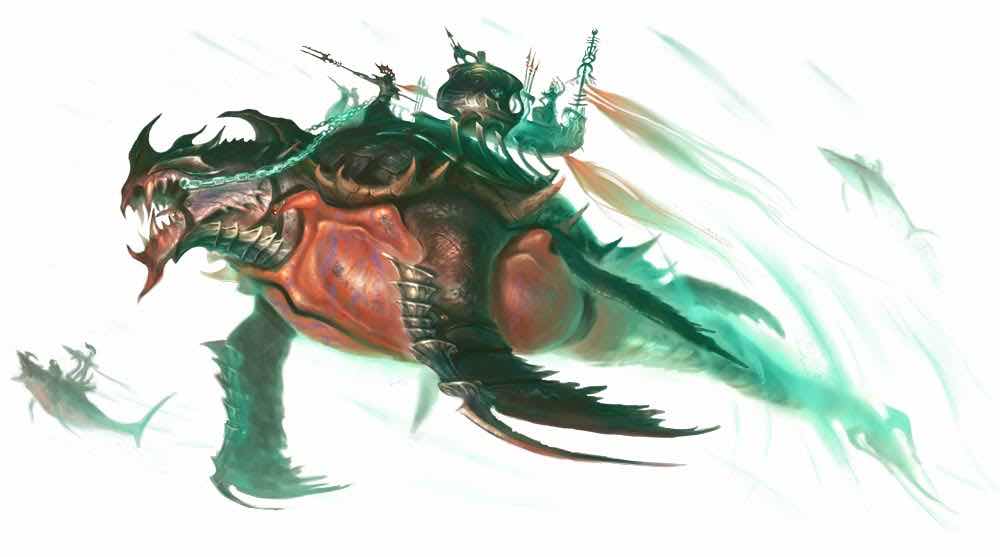 Lastly, we have the warscrolls. I will not be talking about each one individually, as you can see them all for free anyway, but I will pick out my favourite, which has to be the Eidolon of Mathlann. The unit really fits well in the Idoneth play style as he gets all kinds of buffs when he charges, including healing D3 wounds. Not only that, but he a dish out massive amounts of damage. A real standout and in my opinion, a must for any Idoneth army. 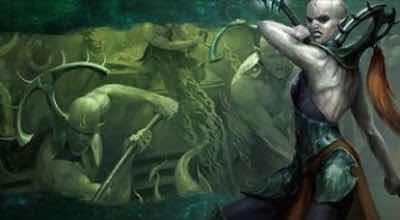 Here is a link to the faction focus on the warhammer community website https://www.warhammer-community.com/2018/06/09/9th-june-faction-focus-idoneth-deepkingw-homepage-post-3/

Overall, I think this army is good. It’s completely unique compared to any other army, with some interesting opportunities when it comes to novels. The only thing I really do not like about them is the flying fish. I honestly think they are a bad idea by Games Workshop, and it would have been much better is they were riding sea creatures that are actually able to walk on land.

Let me know what you think in the comments down below.