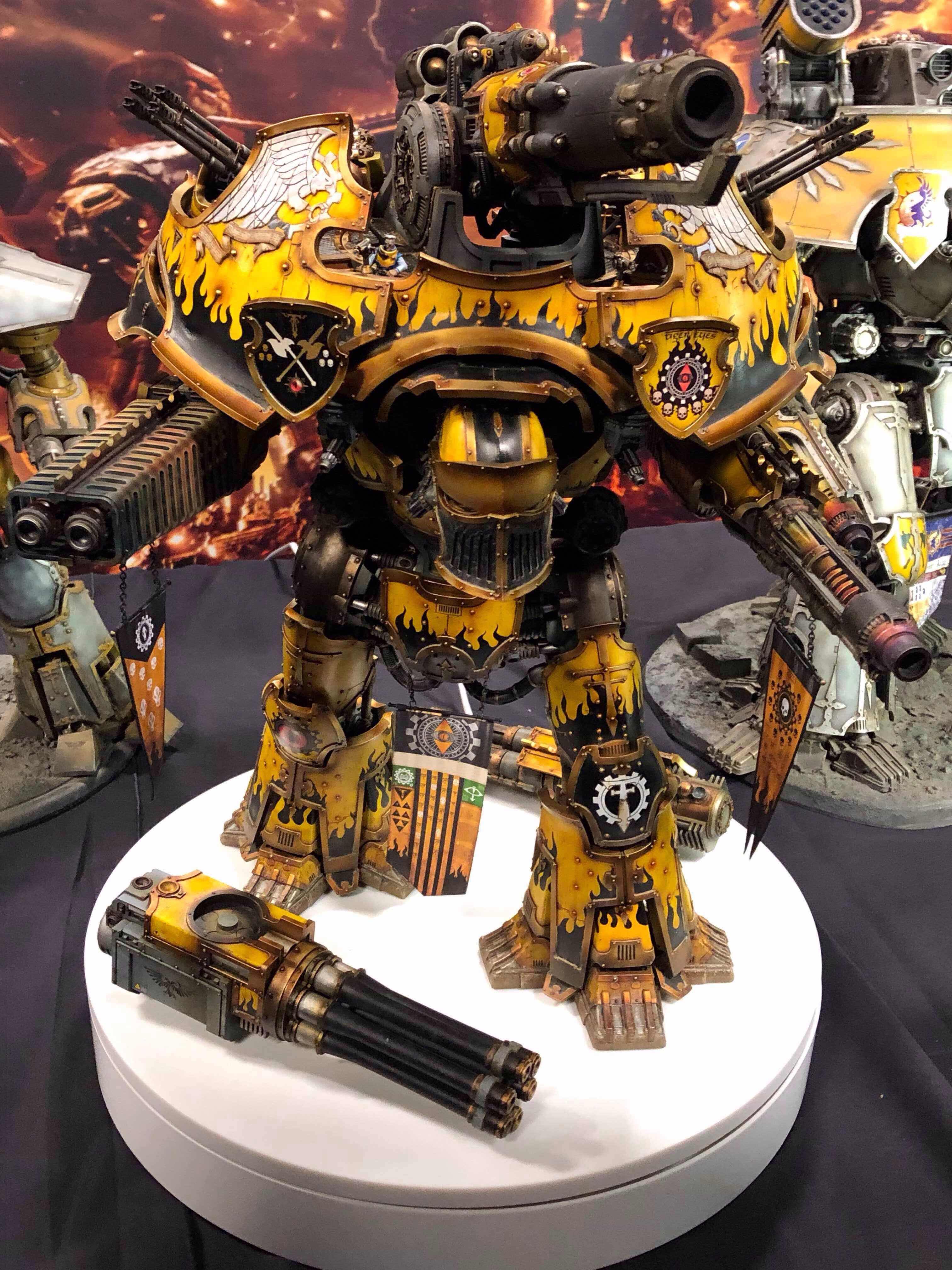 The Warbringer Nemesis. Reaver arm weapons (as I expected). It was crafted by Will Hayes (a big fan of the Reaver design). 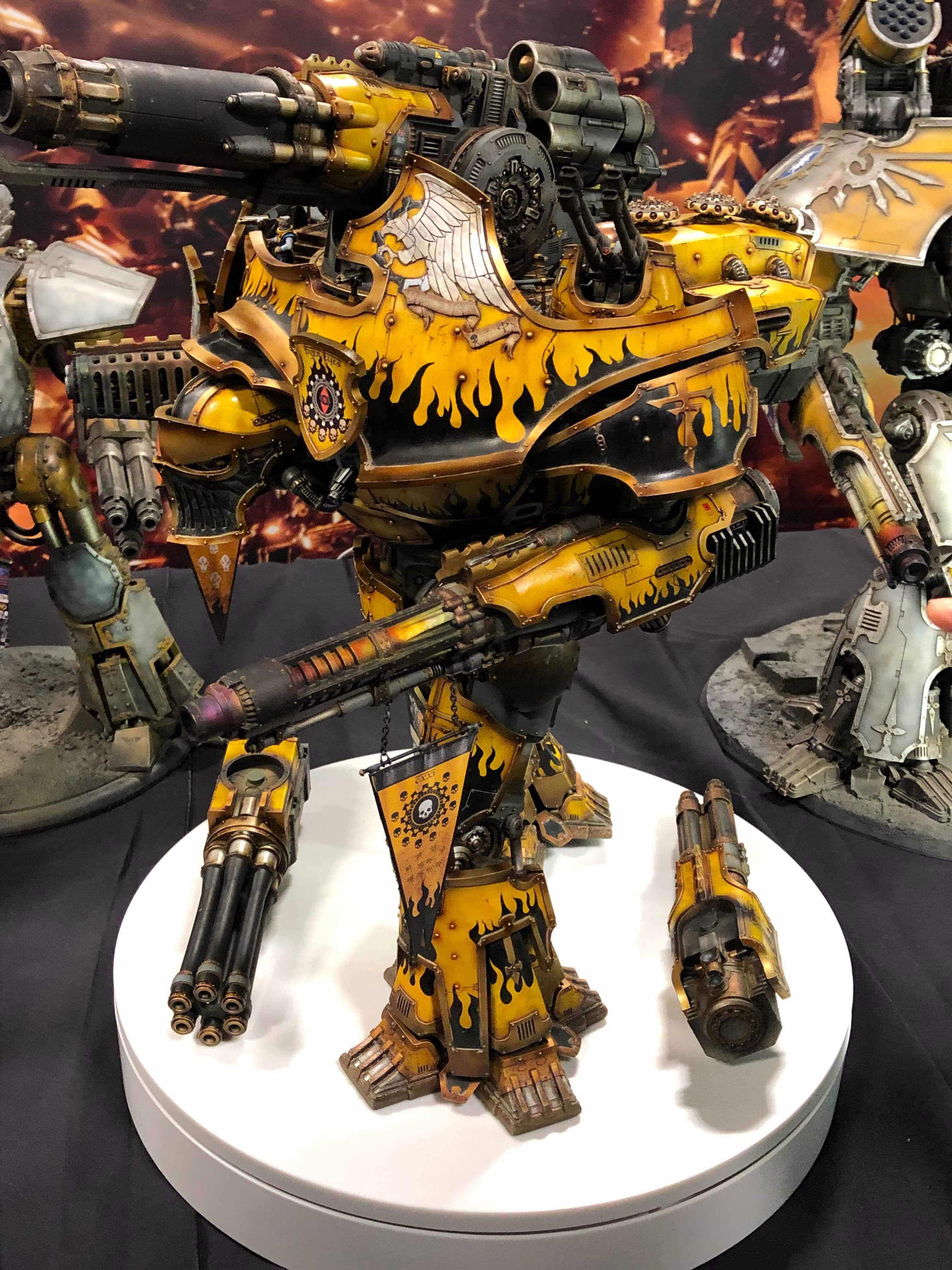 The arm weapon looks much like the new Volcano cannon on the next AT Reaver release (maybe this is a goodbye to the current Reaver Volcano cannon?). 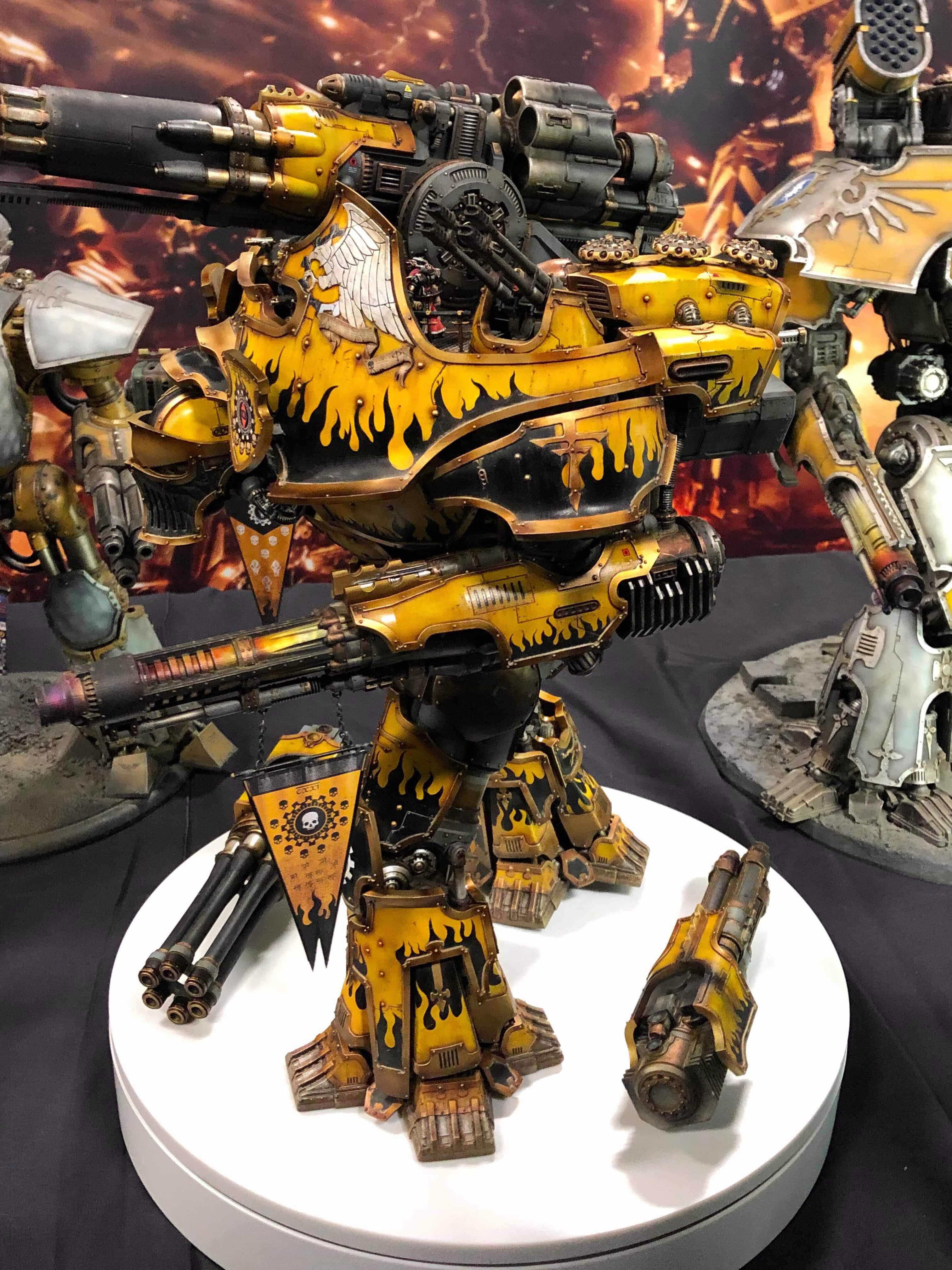 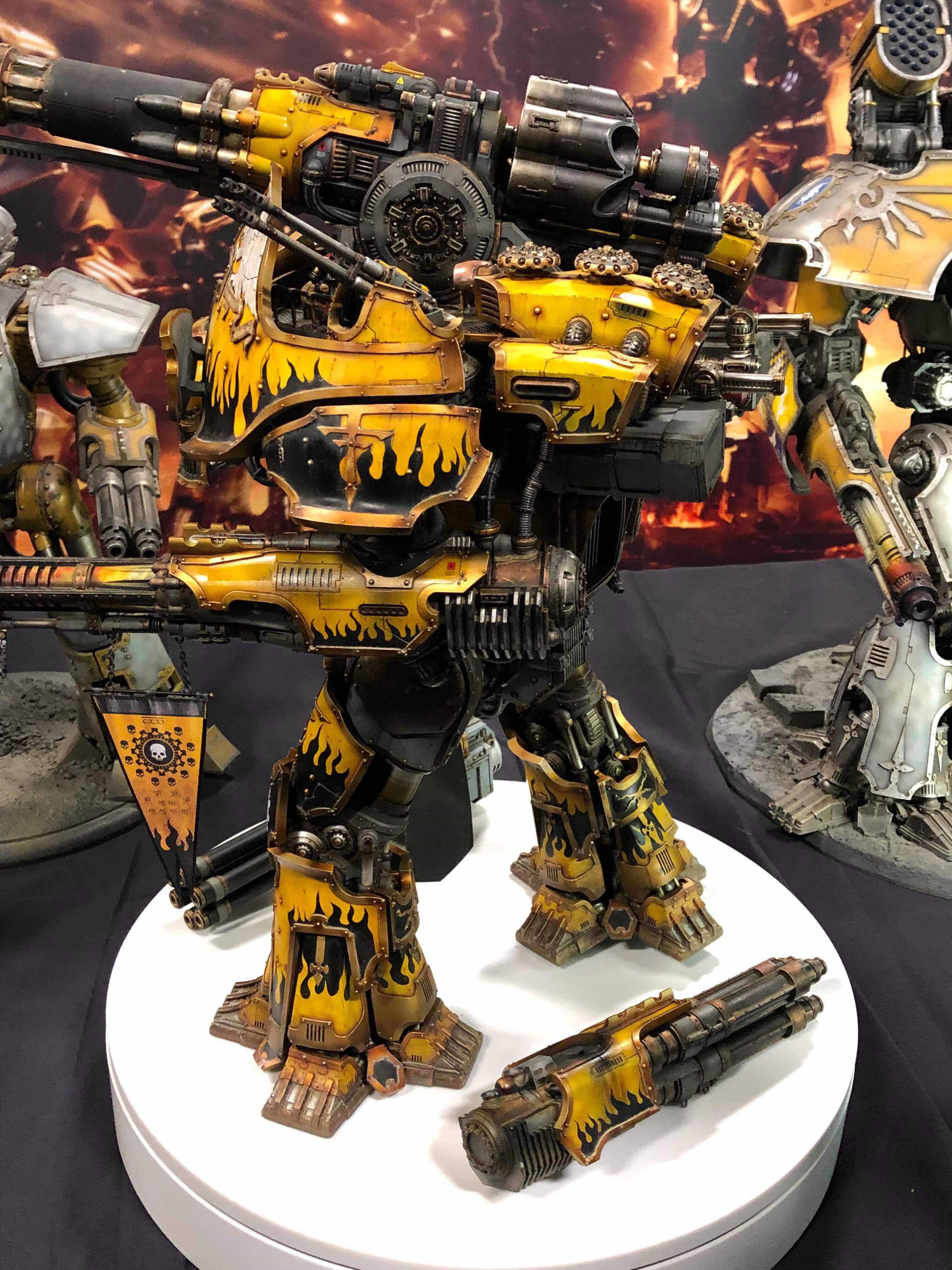 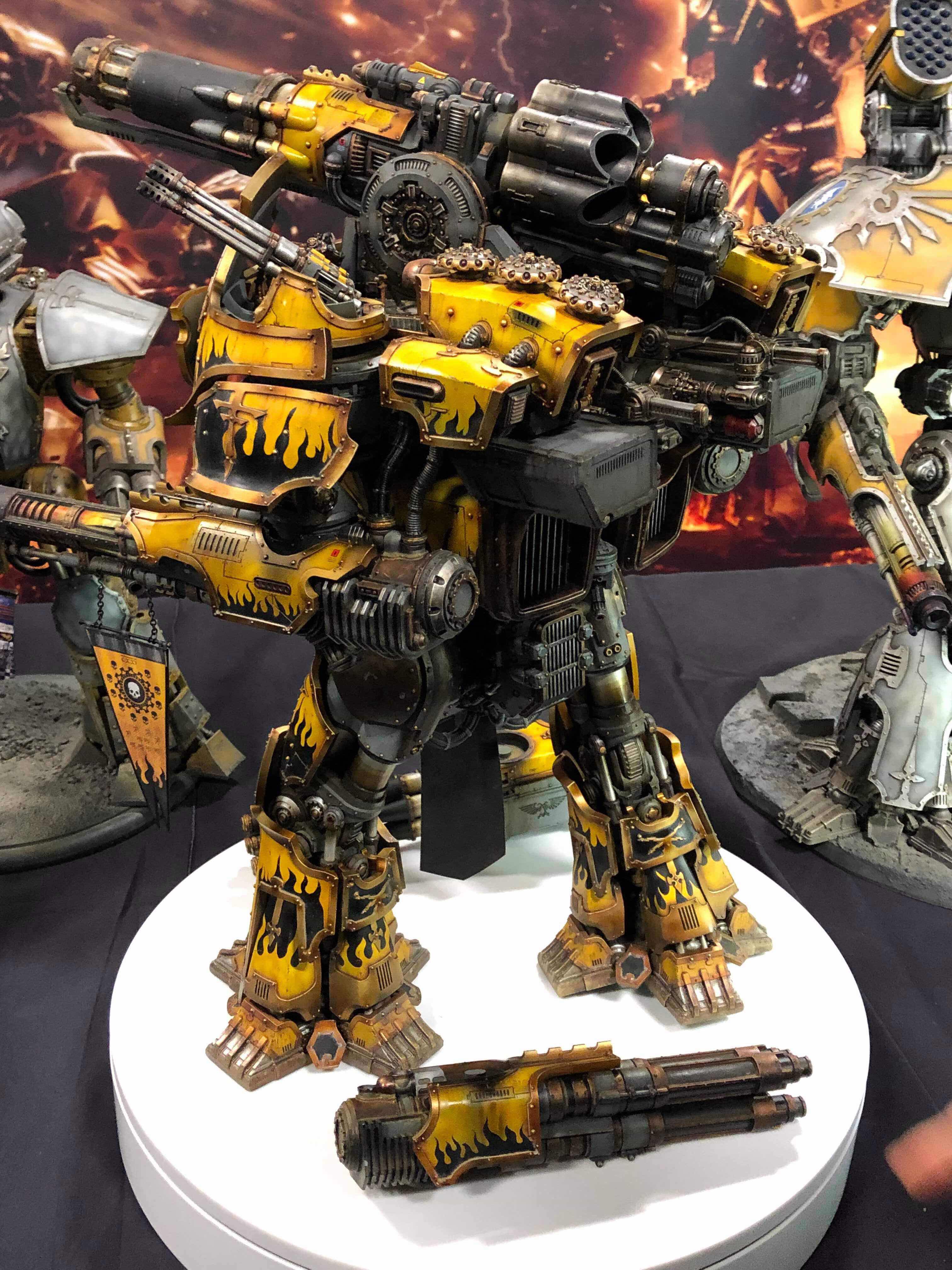 Less void shields than the Warlord but more than a Reaver. 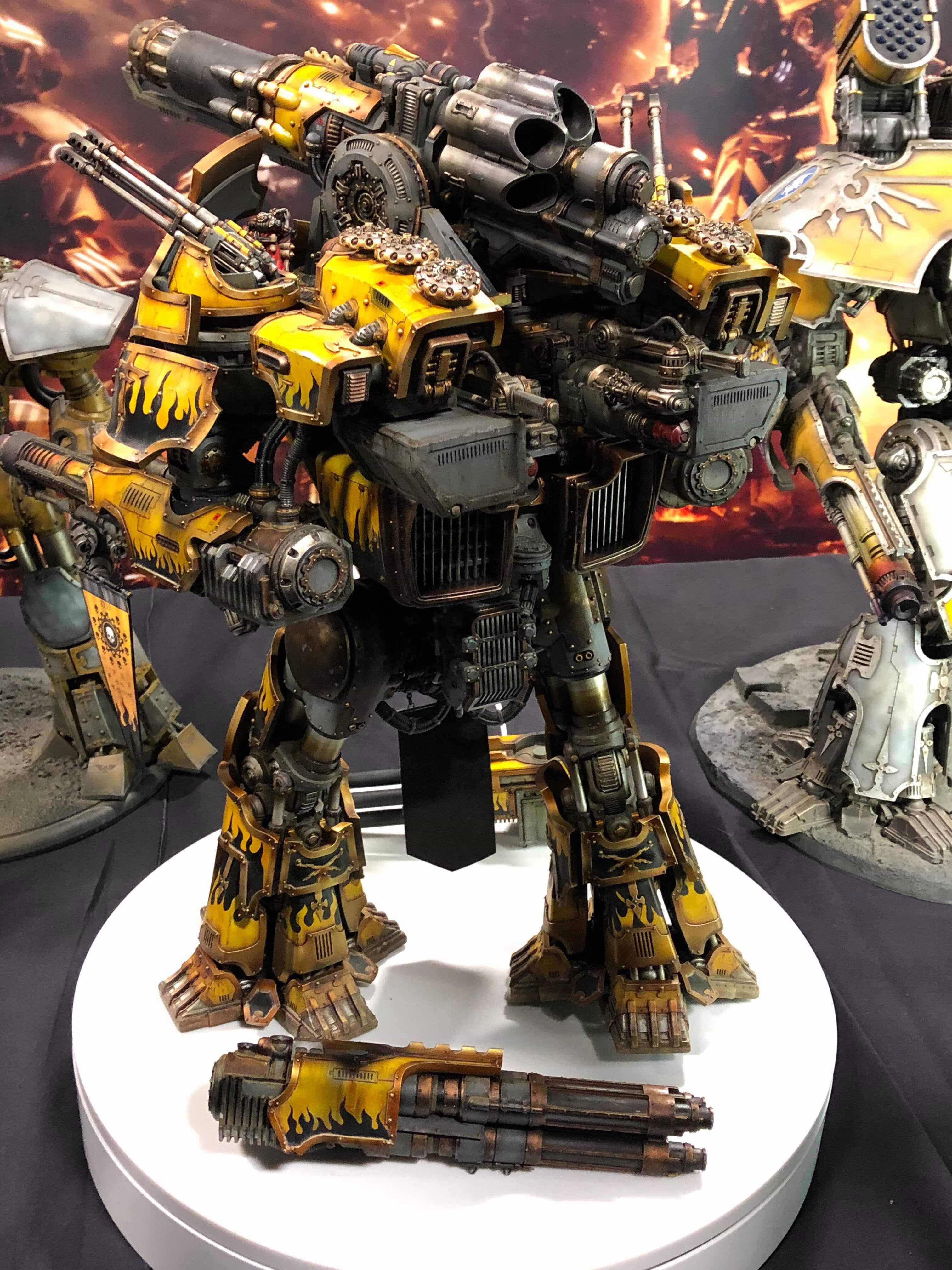