A taste of wargaming and RPGs for little man

Hi all
A day in today because it was all blustery outside. So with a successful painting session yesterday and his request to paint a Velociraptor Purple today, I have decided to play some board games with my son.
Firstly, we started off with a bit of Lost Patrol. He liked the Jigsaw puzzle-esque board side of it a lot. 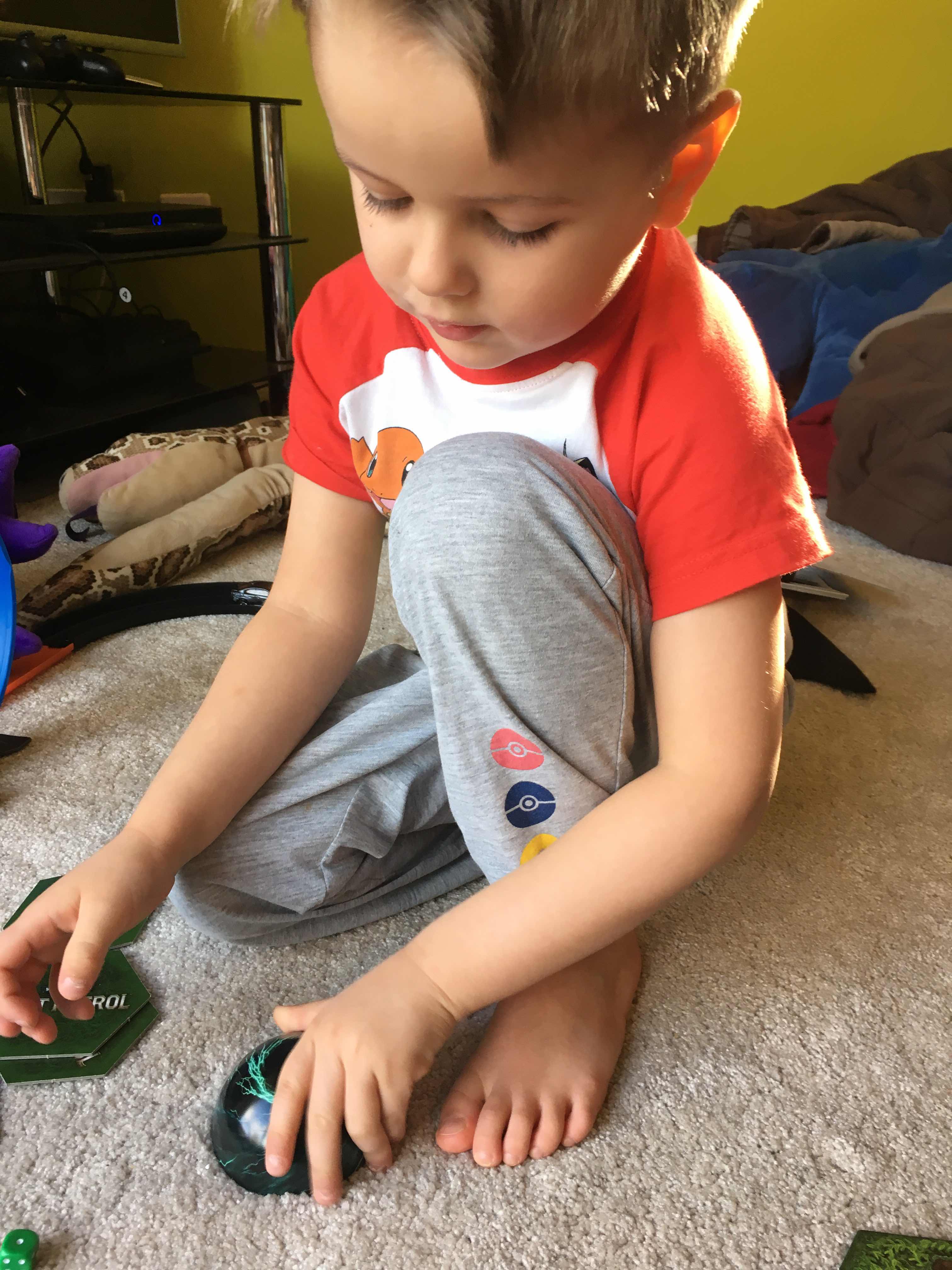 We deployed from a Webway portal into the Jungle. . . A Iron man from Blackstone Fortress, the Rogue Trader (a Doctor) and Purple Marine. Was impressed that Nate spun the portal to simulate the swirling powers. 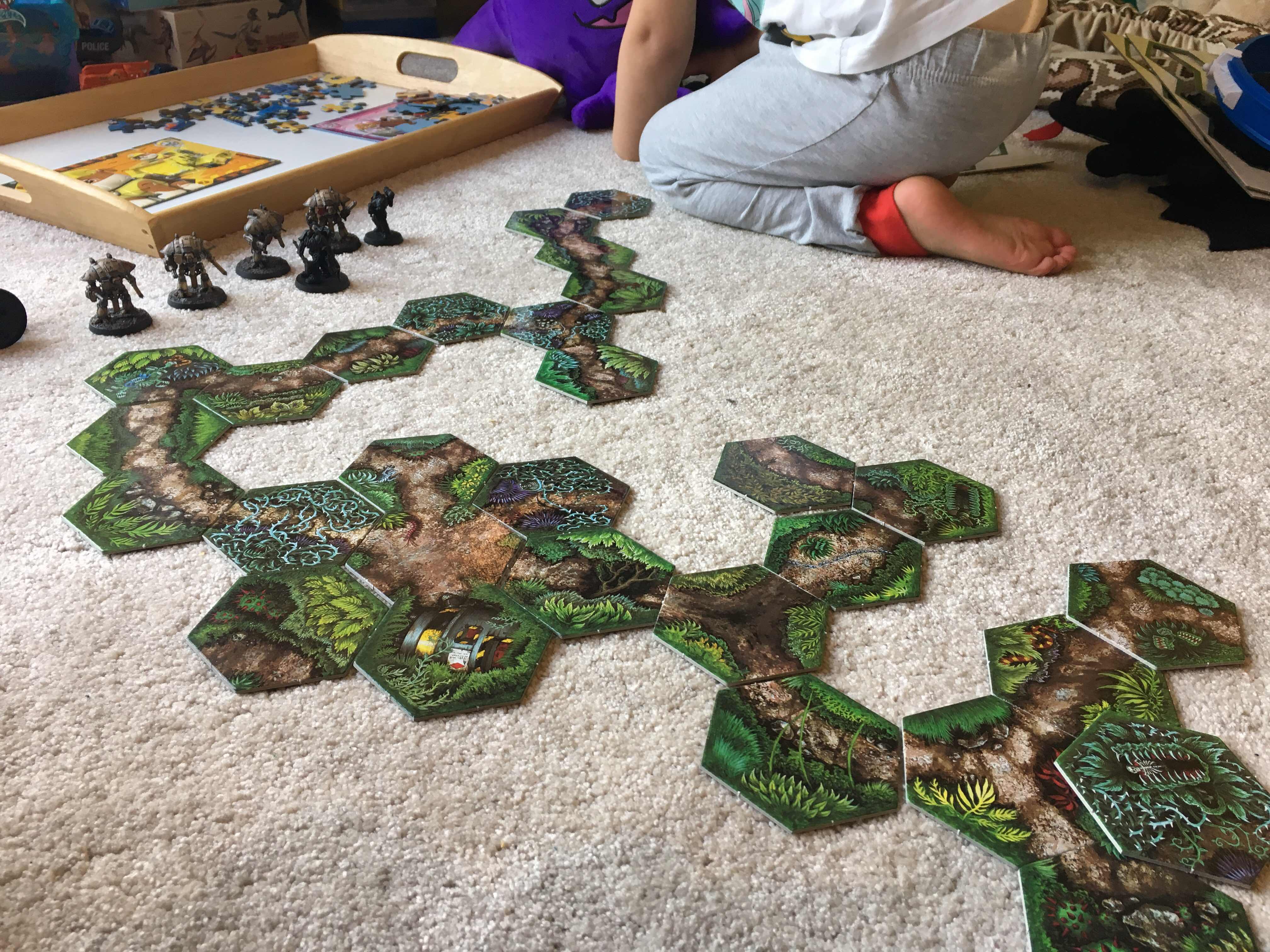 They made their way through the Jungle, slashing through thorns (I told Nate his characters would get stuck on a roll of 6 or a friend would need to cut them out), fighting off snapping plants etc. Every new tile there was a chance a robot would turn up, and when they did some simple easy rolls would blow em’ up.
He stopped to search for treasure in the drop pod (he got some Smarties).
We re-wired one robot to help cut through a thicket and even talked in character (RPG elements), to direct the robot.
When we came upon the red spider tile, I put my best spider voice on and said:
“Hellloo there warrior.”
“Hello Mr Spider.” Nate said (and Mr. . . that’s respect lol.)
“You may not passs until you give me a gift.”
“Okay. I will get you something to eat,” he then took his team back a few tiles until he got some bugs from the ant Line. “Here you go Mr Spider.”
“You may passs. Thank you”
Then off he went to fight the end baddy (queue witty back and forth), before the trio kicked him down the hole tile (which shockingly was the last tile). 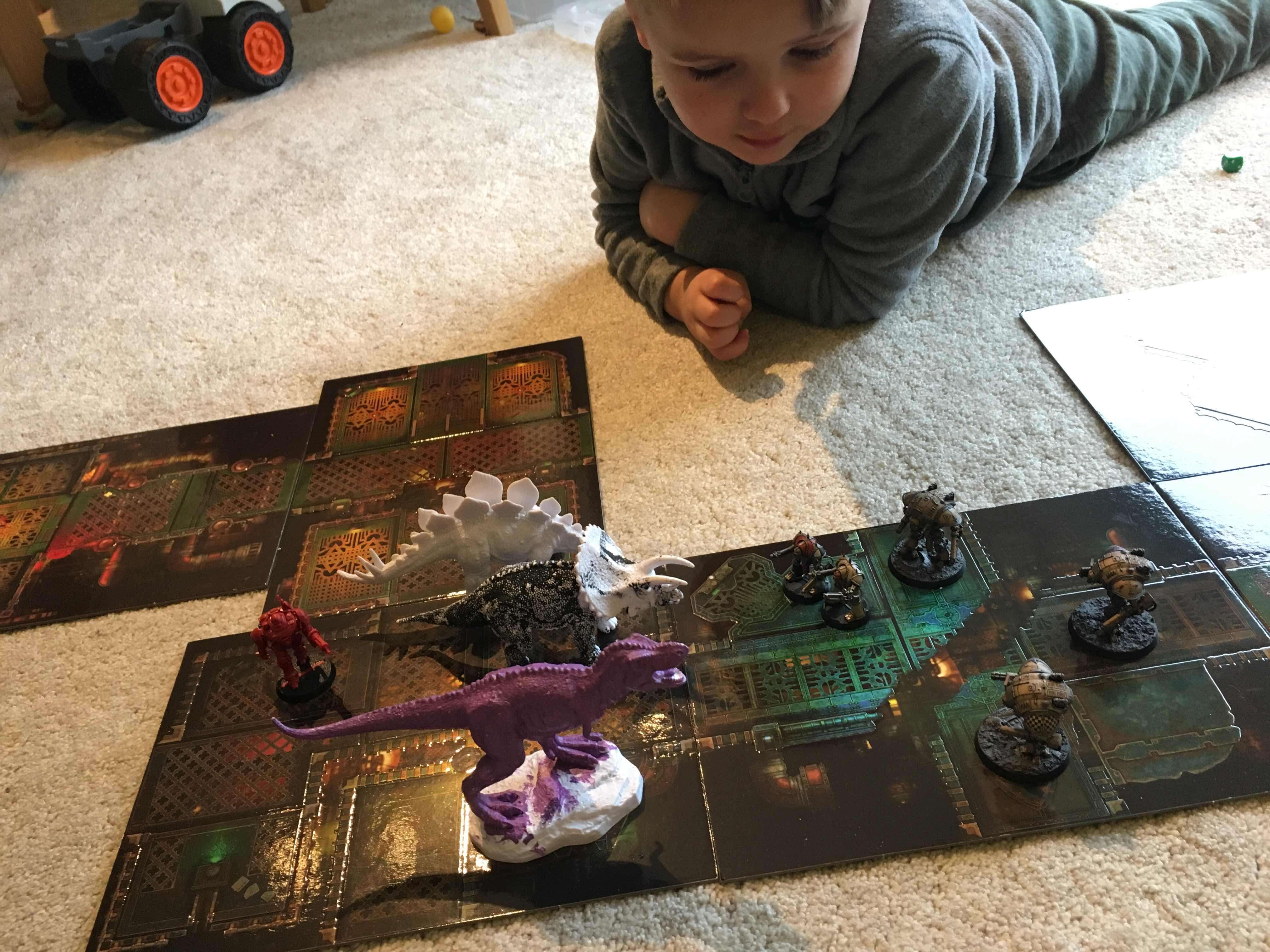 Then later in the day it escalated to another game (at his request). Dinosaurs were needed though to take on the robots apparently. 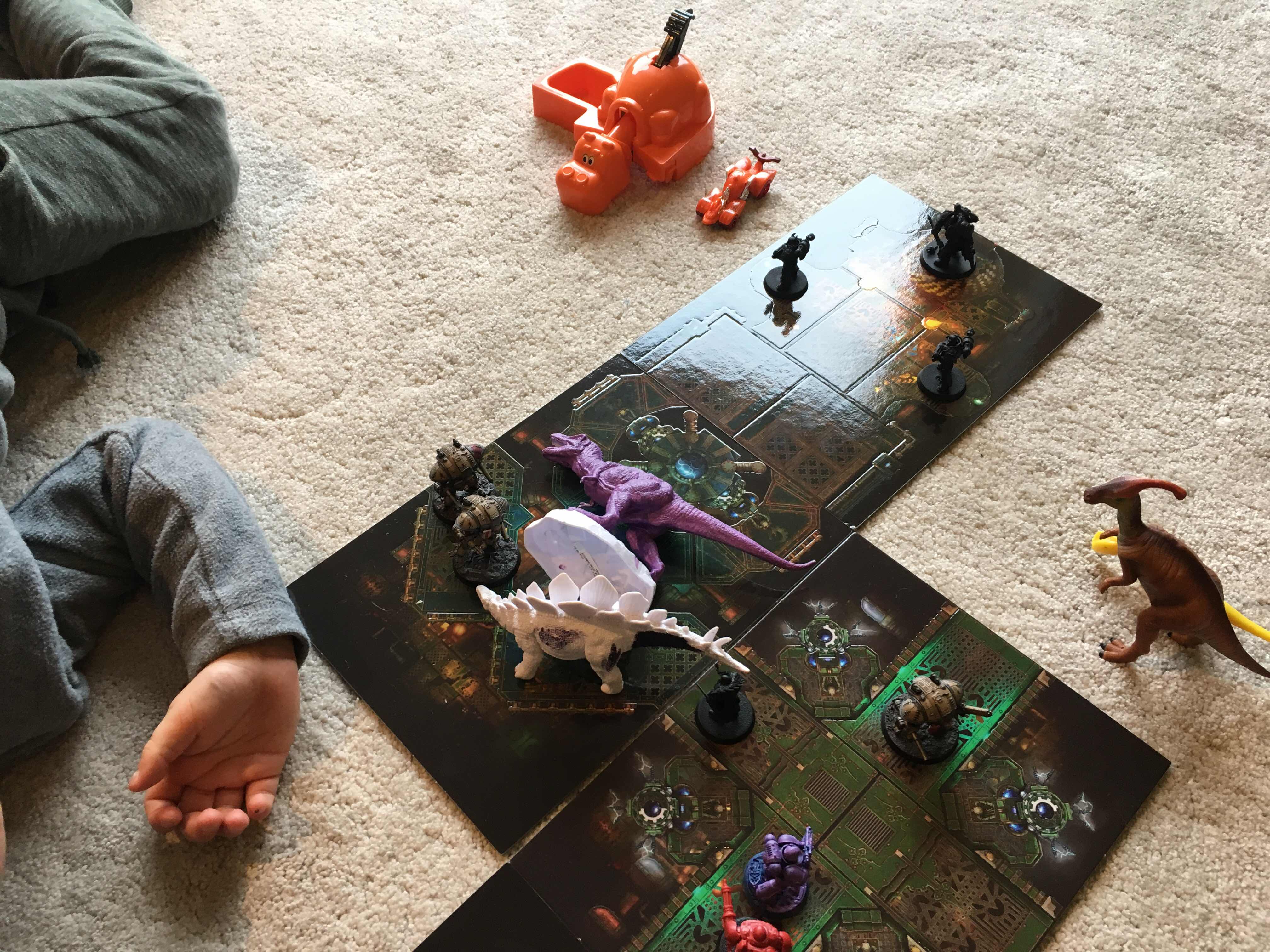 Followed by a pet Hungry Hippo and Hot Wheel car to help the bad guy. The doctor worked overtime as he healed the poorly Dinosaurs (Bolter rounds), before further help was needed by . . . 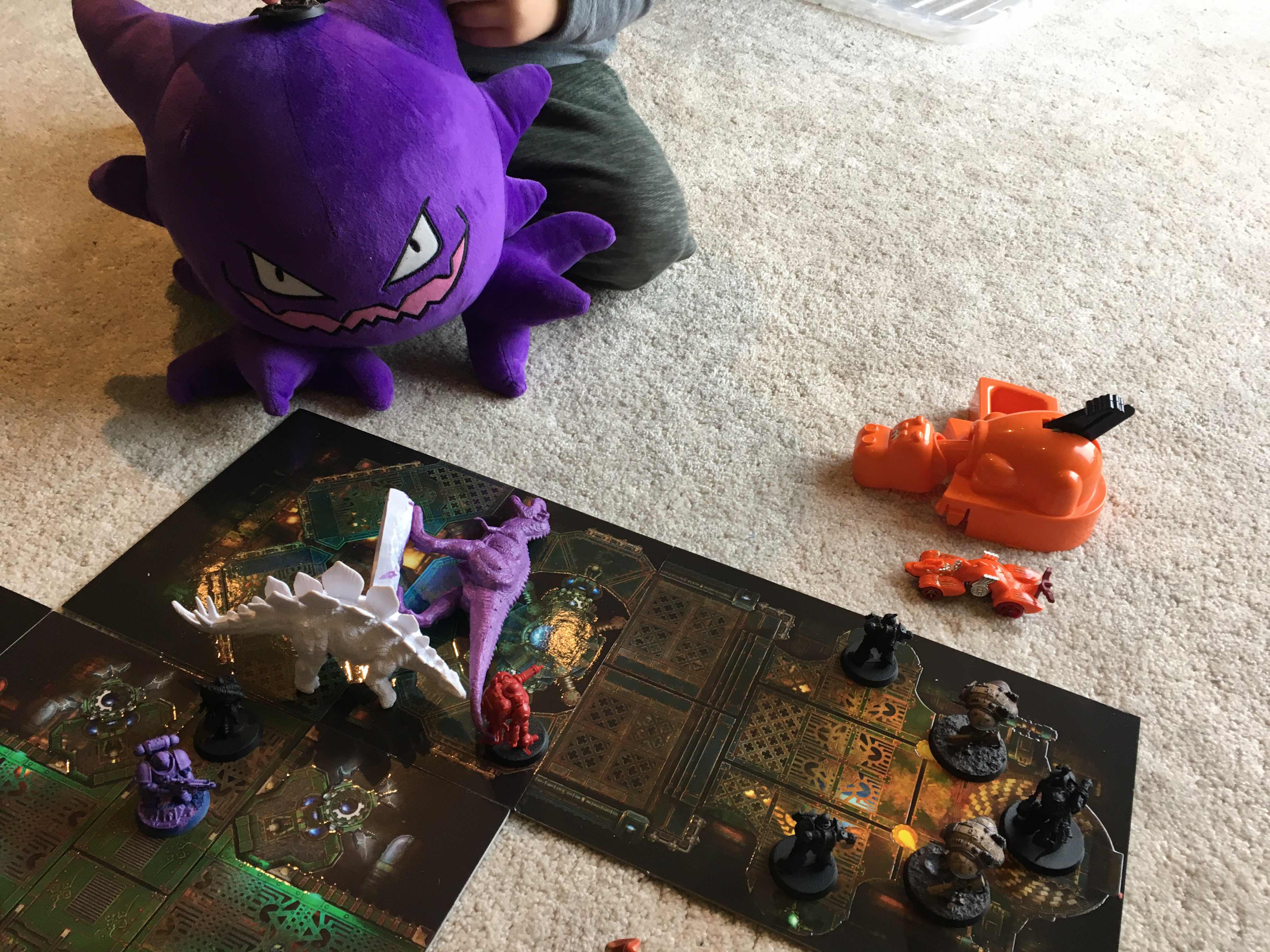 Haunter who scare attacks!!
Nothing could stop the Stegasaurus in the end though from using his tail to impale the Baddy Rufus. 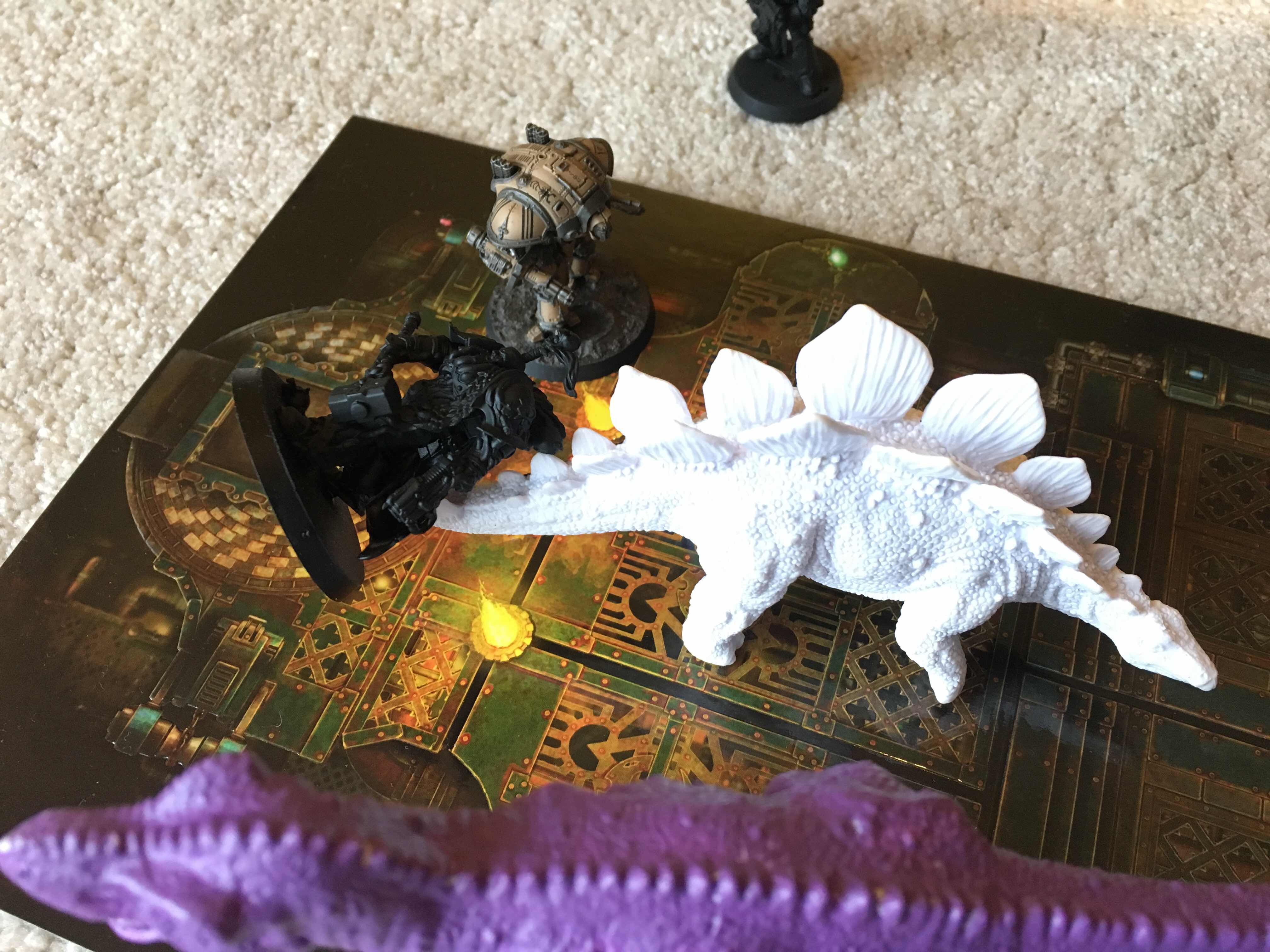 Fun fact. A Steggy’s tail is called a Thagomizer among Paleontologists.
Well it was a fun day. If this is what my adult life will be like, I’m jumping in with two feet.
Posted by Drake Seta at 20:34