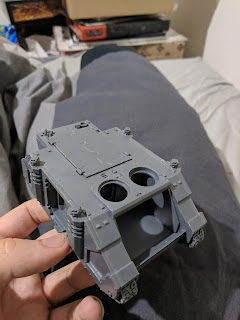 As you may have seen in last week's weekly progress report, I've started a new legion project - this time I went with the Thousand Sons (#MagnusDidNothingWrong). It was inspired in two parts; firstly I was listening to Thousand Sons in the car after a good while since I last listened to it (or any other Thousand Sons related stories) and it just took me back and reminded me of the tragedy that was the downfall of Magnus the Red and his legion. The other part; well, I went to Warhammer World the other week to play a big Kill Team game with some friends and well, yeah, lets just say I didn't take much convincing! 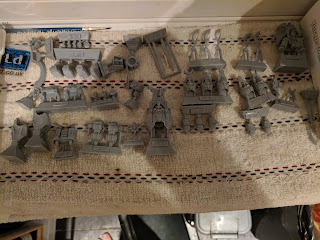 Now I am the proud owner of around 3500 points worth of Thousand Sons and I'm hoping to have at least 1250 ready for the end of May for the Horus Heresy Throne of Skulls Doubles. My planned legion roster is as follows: 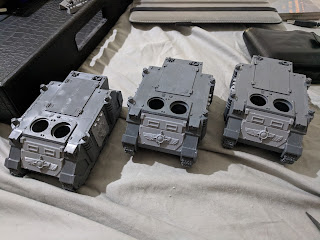 I already had some of the bits anyway because I really like the Xiphon and the Fire Raptor, I just wasn't sure what legion I wanted to do them for and now they have a home supporting my new legion. I am undecided as to whether I go psychic power heavy or not - thankfully, my roster allows me to tone it up and down as I please. My intention at the very least is to go for a smaller elite army compared to my Imperial Fists where I can throw a lot of yellow bodies at a problem.

What do you guys think? Just remember, all is not yet dust!