A very busy week last week with some cool stuff in the pipework. 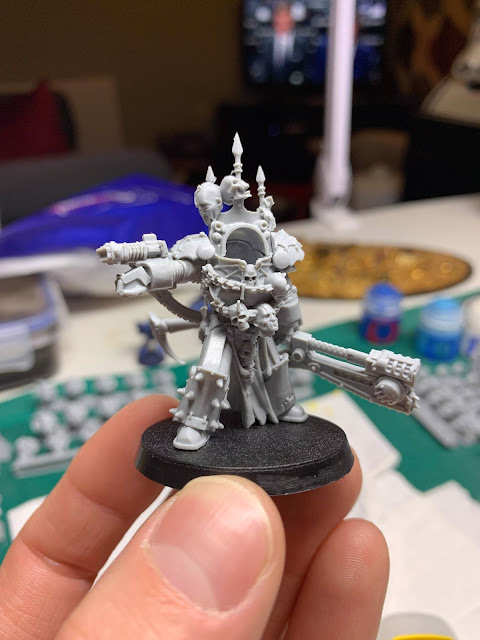 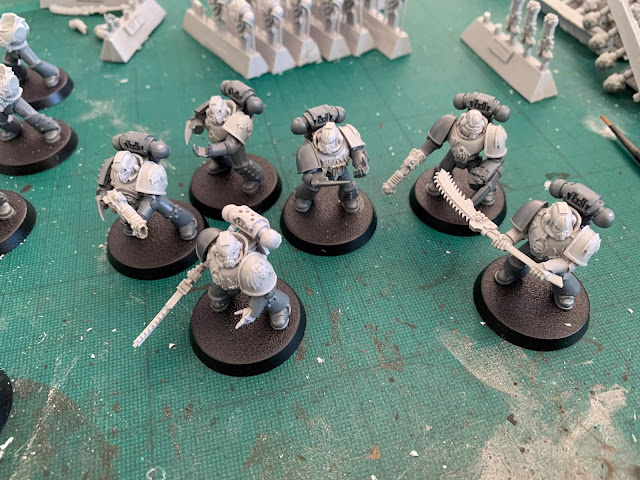 This week Darien set about building the first of his Night Lords. Getting the new Terminator Praetor built and starting on the Terror squads. 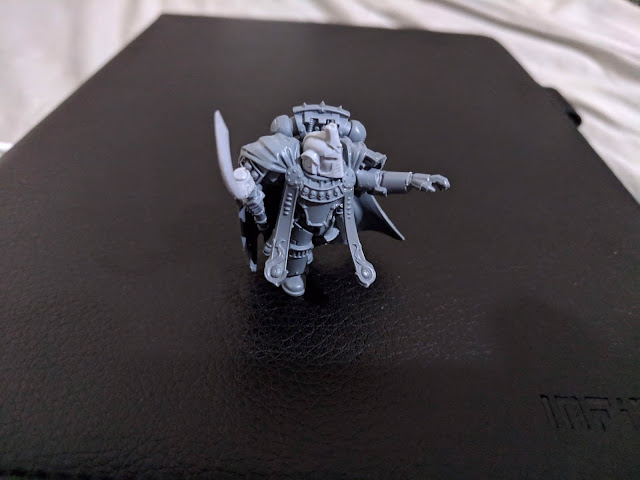 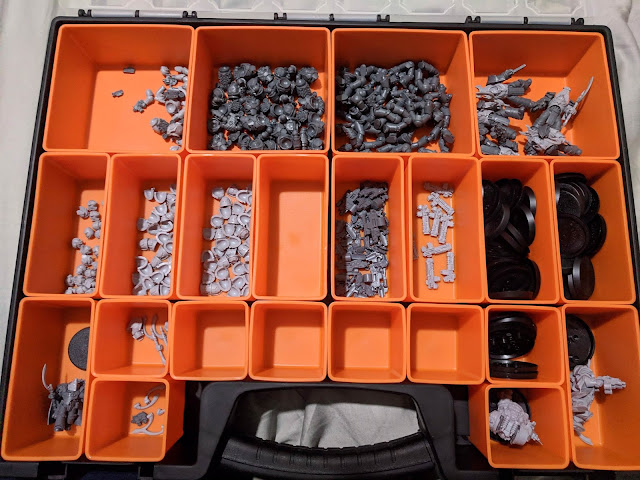 Hector has finished building another character (converted the calth chaplain model into a sorcerer) and has been cleaning up parts ready to build the rest of his infantry. 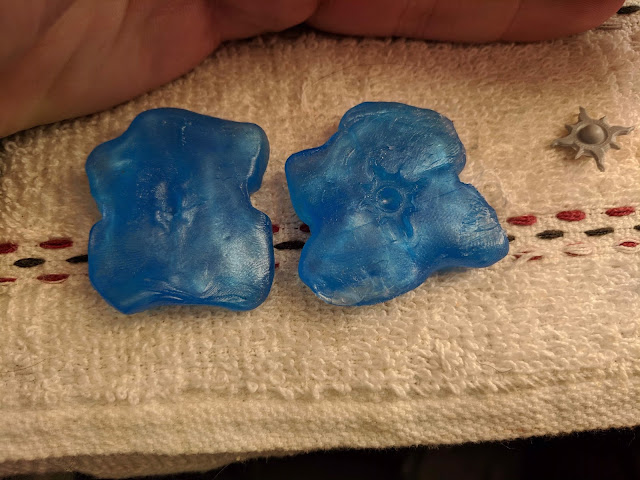 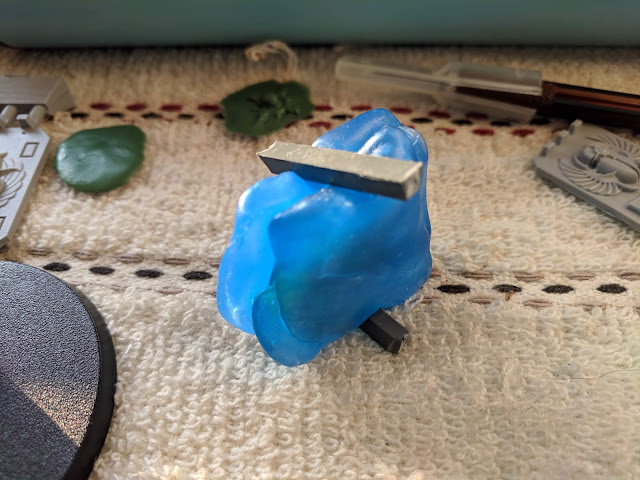 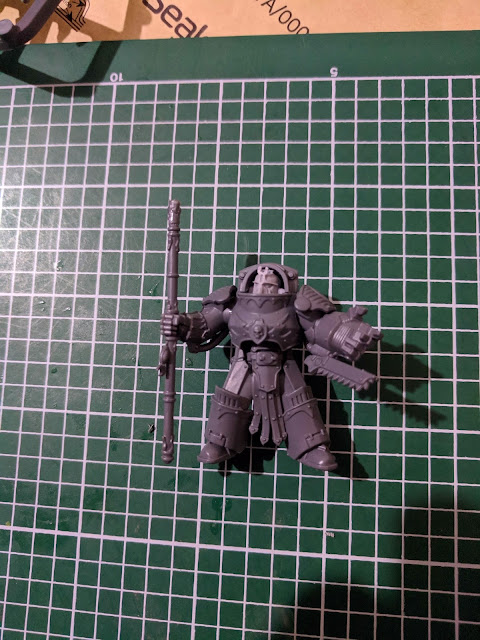 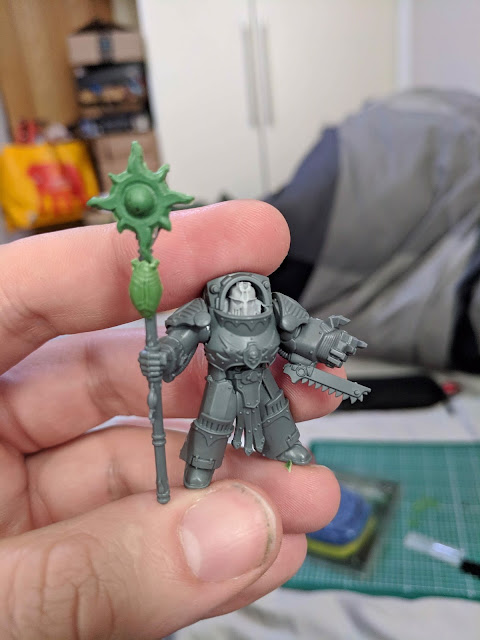 He has also made a push mold for a scarab to go on the standard pole - blue stuff has somewhat "revolutionised" his kit-bashing!

Castiel Druas has been hard at work on his Alpha Legion project. He will hopefully be putting some more info up on this project this week, but he has been using Greenstuff World's colour shift paints. 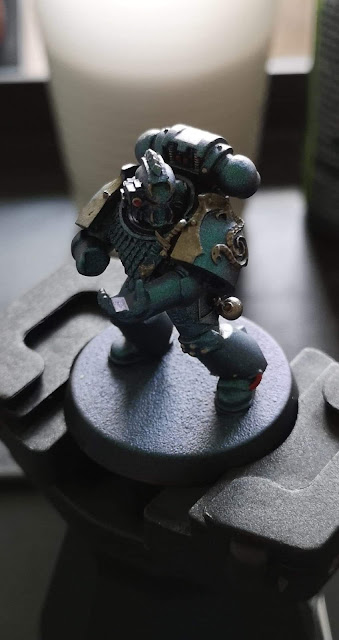 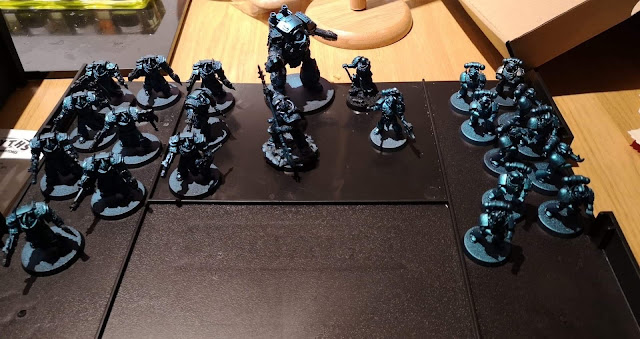 Drake has been busy on some CAD projects which he will be showing off soon.

The Battle Bunnies.
Posted by Drake Seta at 07:46