Hi all
Been pouring through the new House of Artifice book the past few weeks and thought I would just share a few snippets of my favourite bits. 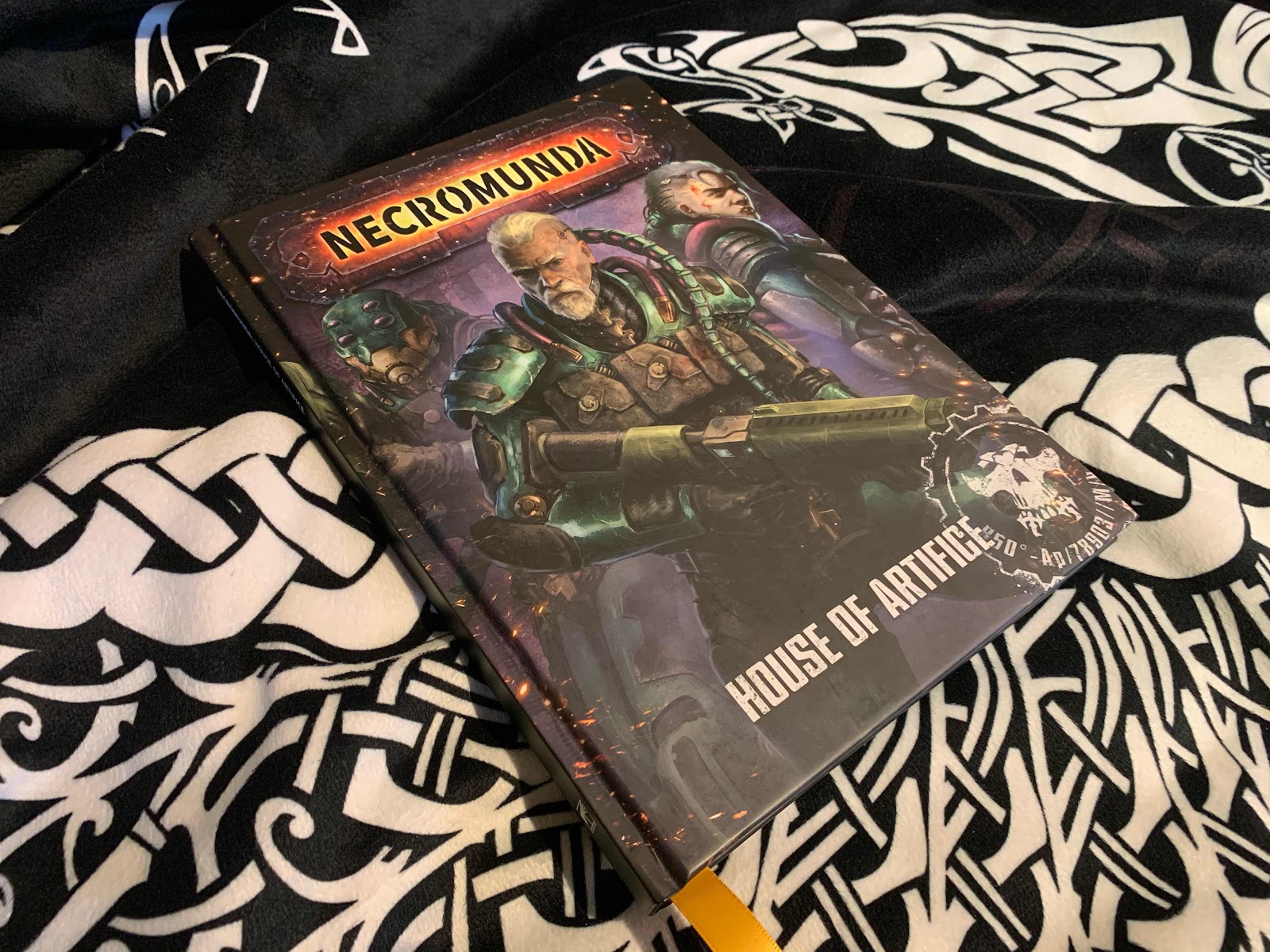 It contains more information on House Van Saar and their standing in Necromunda’s Heirachy. As many know, Van Saar possess an STC device (something that everyone in the Imperium would hope to find so they can retire in a life of pure luxury when it is sold to the Cog Boys). Van Saar’s STC is not working at a . . . healthy capacity, which means they are cursed with shortened life spans due to the radiation they are wracked with from having it in their possession. 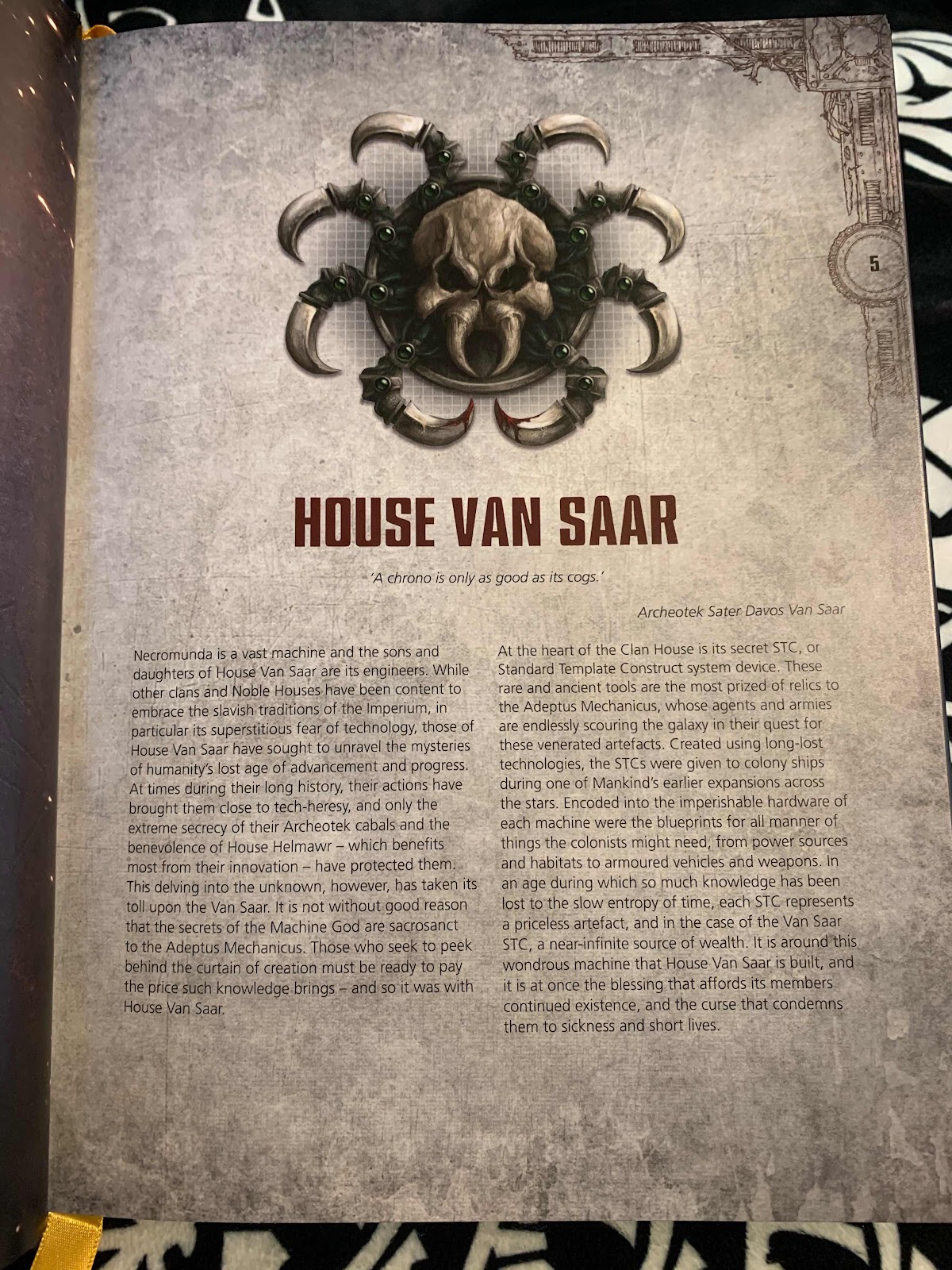 There is a pretty neat cutaway of what is the STC and it’s manufactora and tech Bazaar surrounds. First time I have seen one illustrated. 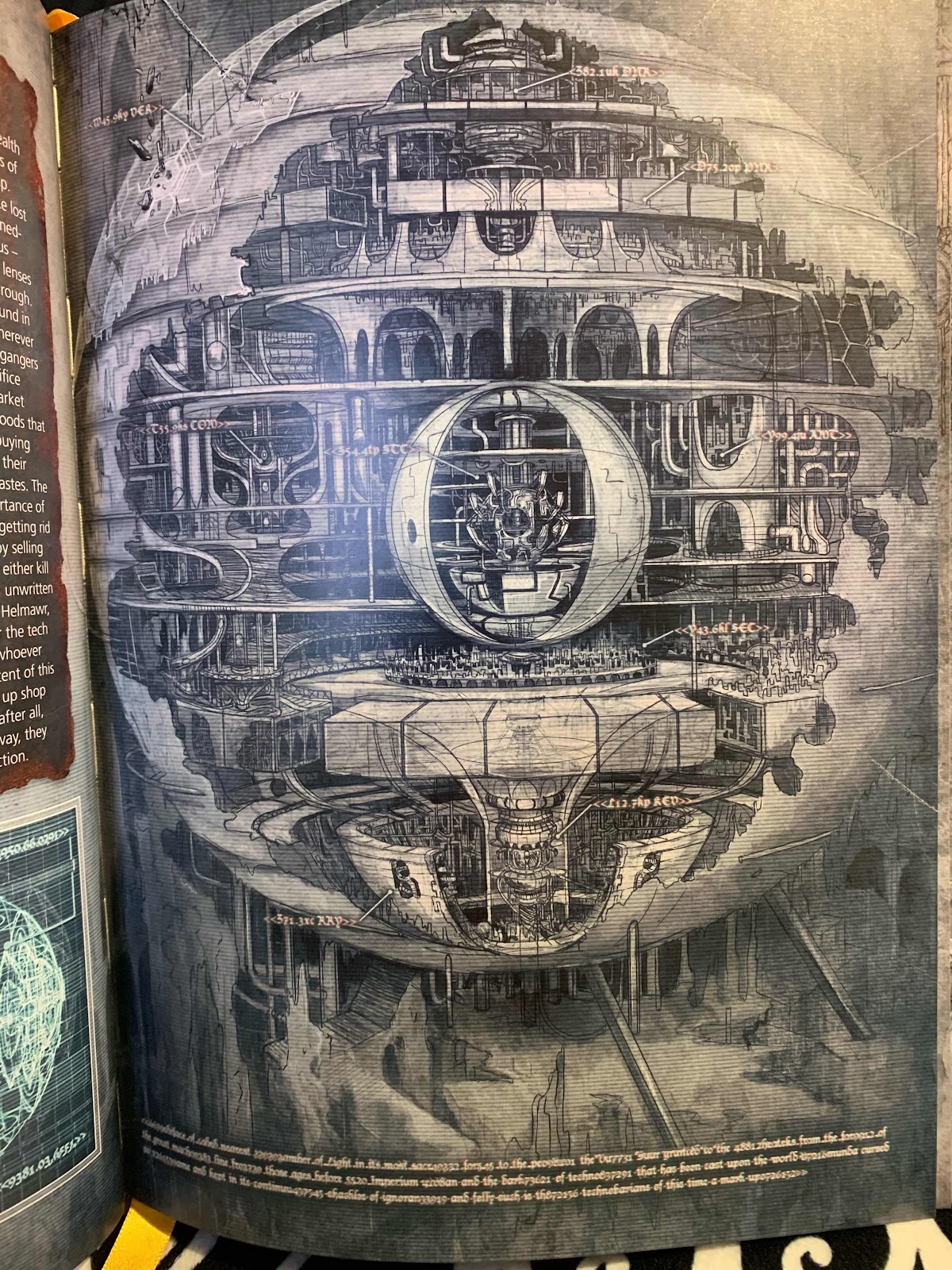 The Gang now has the following unit types:
Van Saar Prime (Leader)
Van Saar Augmek (Champion)
Van Saar Archeotek (Champion) which is a unit which can be equipped with Cybernetika at a cheaper price 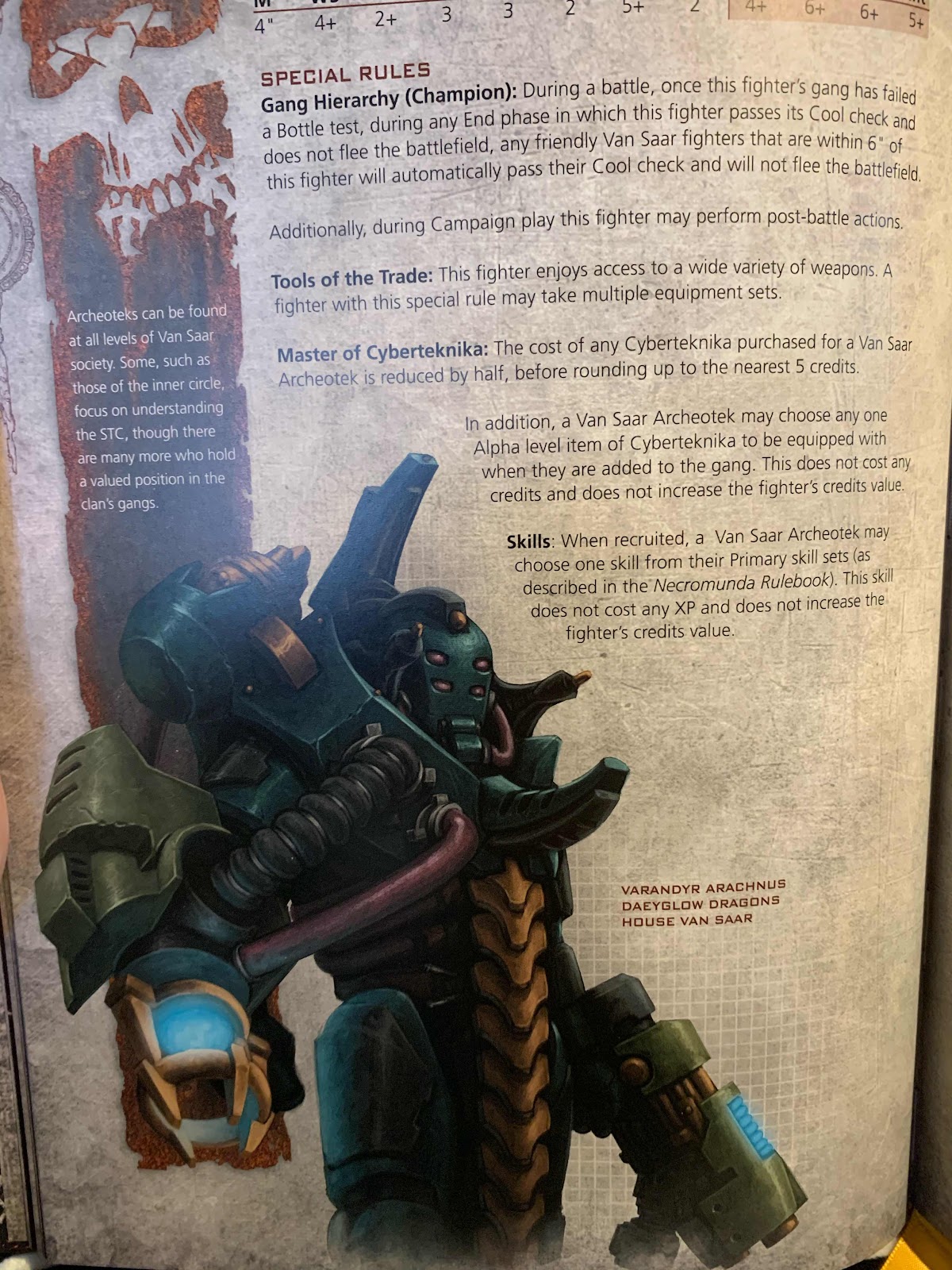 Van Saar Neotek (Prospect) these can be promoted to Augmek or Archeotek in the down phase.
Van Saar Tek (Ganger) can get Mesh Armour for 15 Credits too.
Van Saar Subtek (Juve).
After this you get the little spiders which could be fun, and the 240 pt Arachni-Rig Servo-Suit, which looks badass. 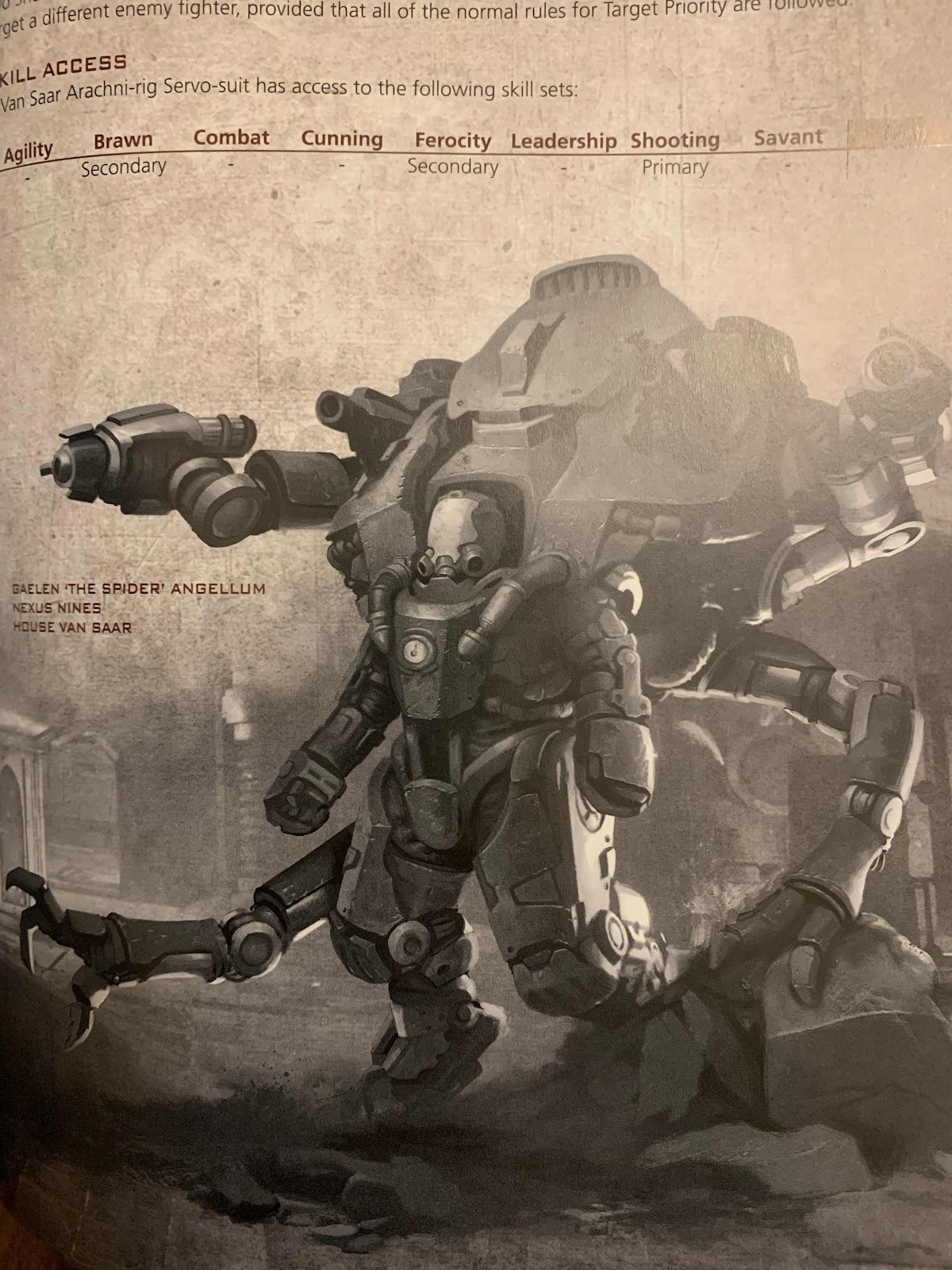 Speaking of which, it was very hard to not drop pics of the stunning options from House Catallus. The background behind the House Catallus Carnival is sooooo sinister they just need to be collected! The Masked Killer and the Mindfrayed just sound utterly terrifying and the rules help to promote that too, just don’t get within 6” and pin him. 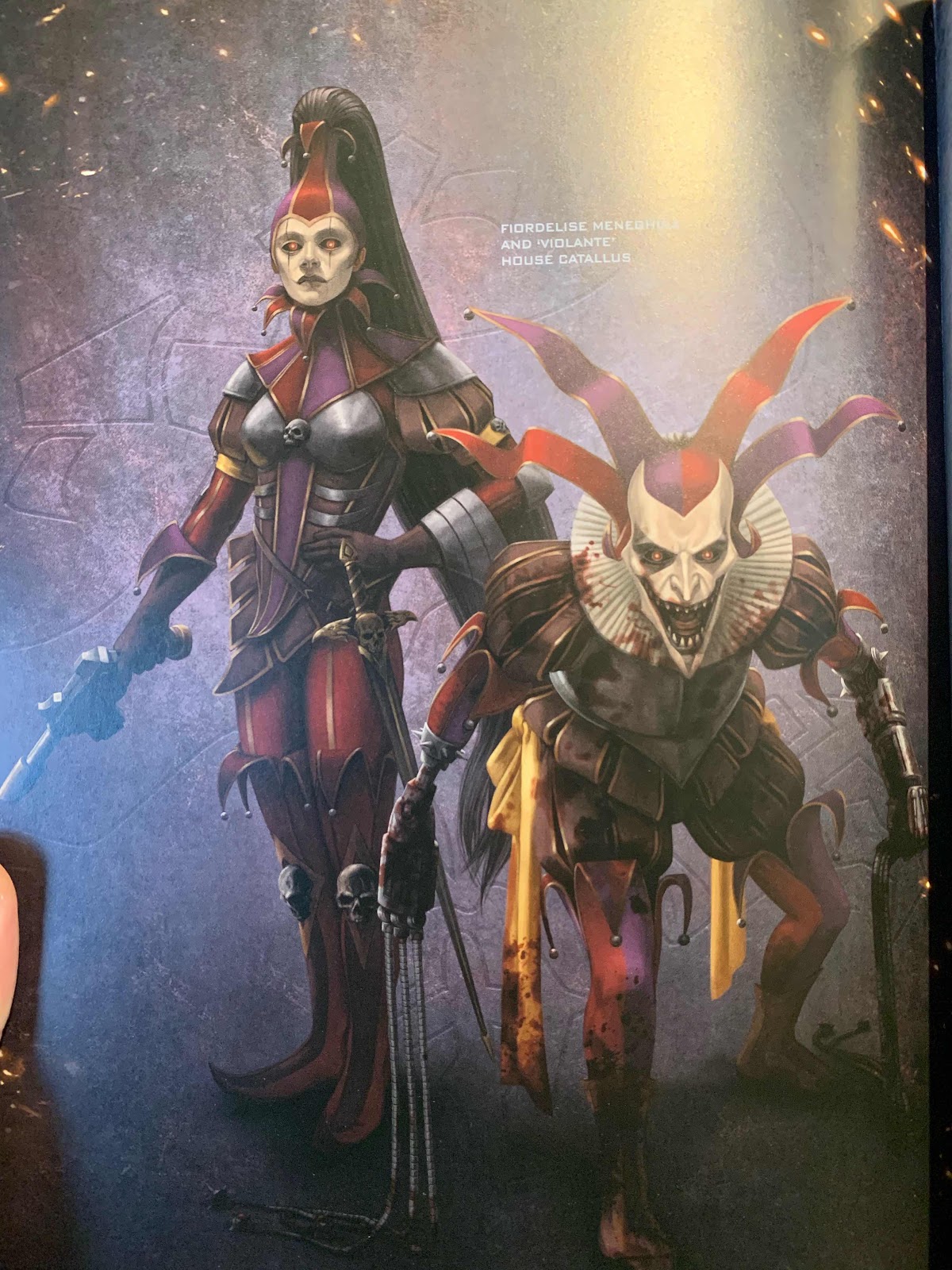 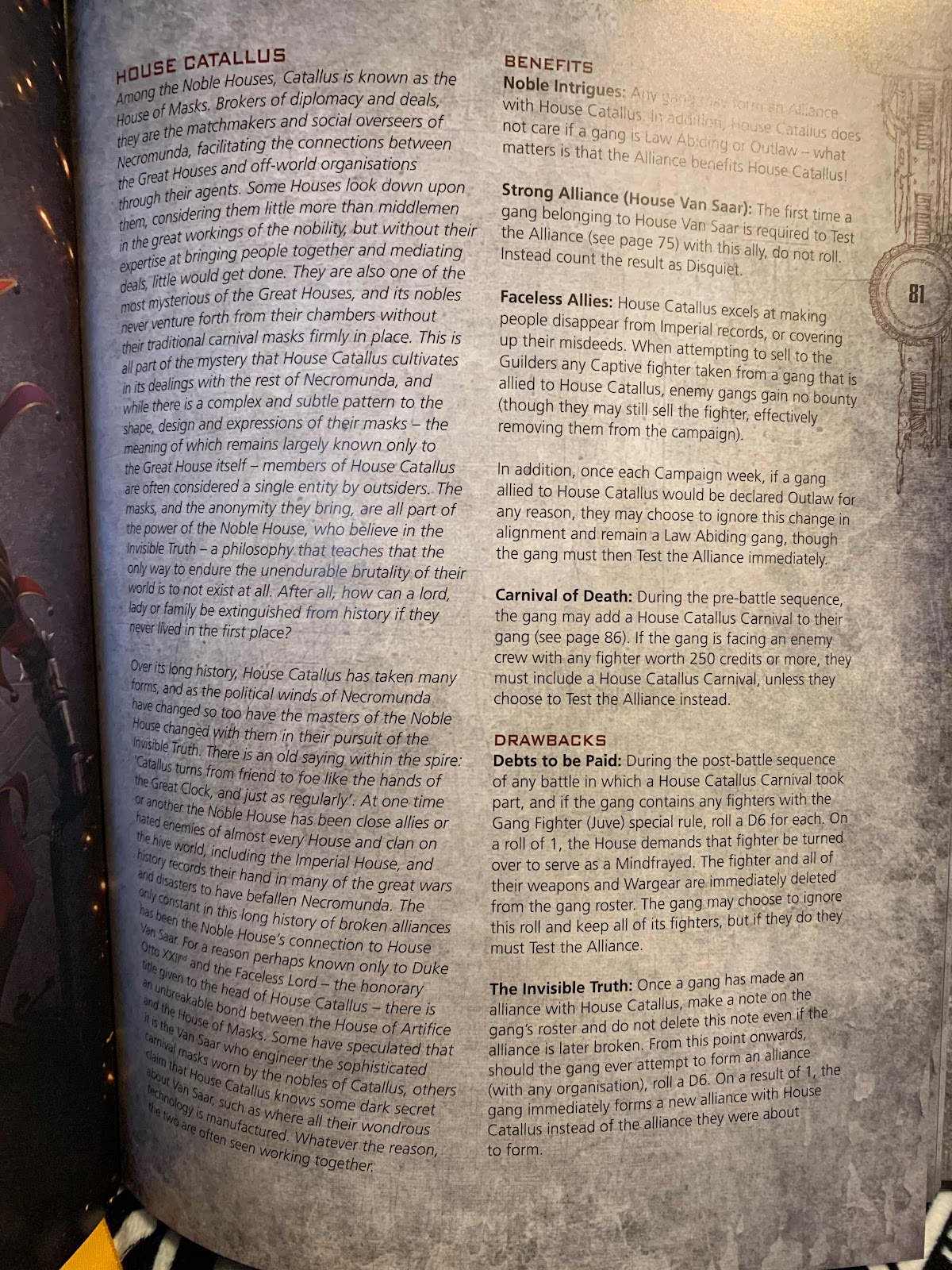 I absolutely love these Necromunda books. I’m collecting them all just for the background in each.
Another brilliant read from the SGD of FW.
Drake.