Tonight I want to share progress on my Breachers - the squad is almost done, just need to finish their special weapons (still waiting for some airbrush paints). Will post the full squad next week - oh, and I may start to paint their Primarch!

The most harzardous and desperate spheres of warfare such as boarding actions amid the cold void of space and the forlorn hope of the first wave of attackers into a breached fortress often proved lethal beyond endurance, even for the warriors of the Legiones Astartes. For this reason, since the early days of the Great Crusade, specialised forms of wargear and tactics had been under continuous development to cope with these "Zones Mortalis". 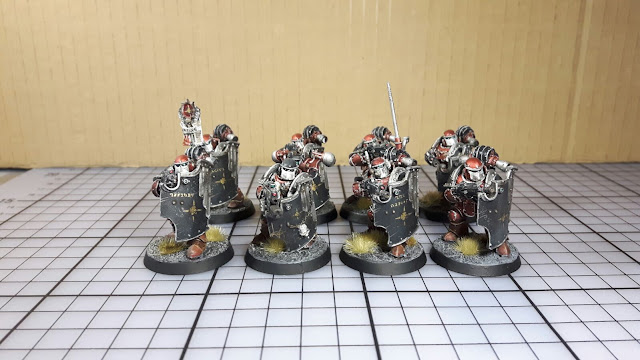 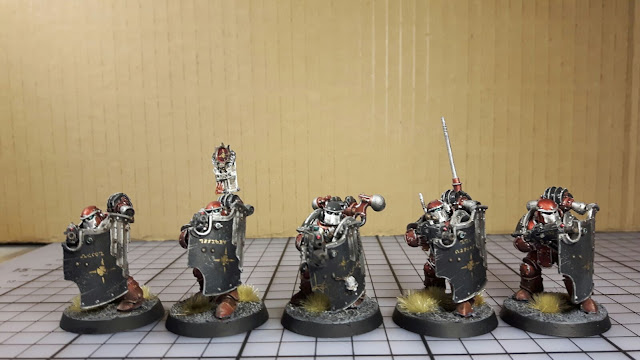 Note: Veteran Sergeant Parkus Raeveth, Chapter of the Graven Star. Sergeant Raeveth's battle plate is typical of that worn by most Legiones Astartes Breacher Units, a sub-pattern of Mark III, although the chest plate got substantially modified by Legion armourers. As an officer he wears a black helmet, a practice that came into beeing after the events of Monarchia. 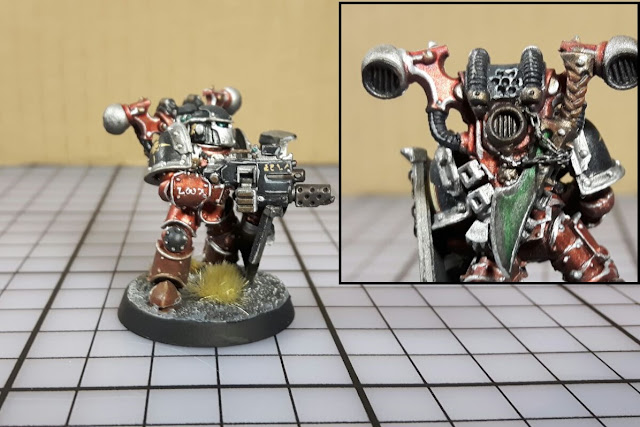 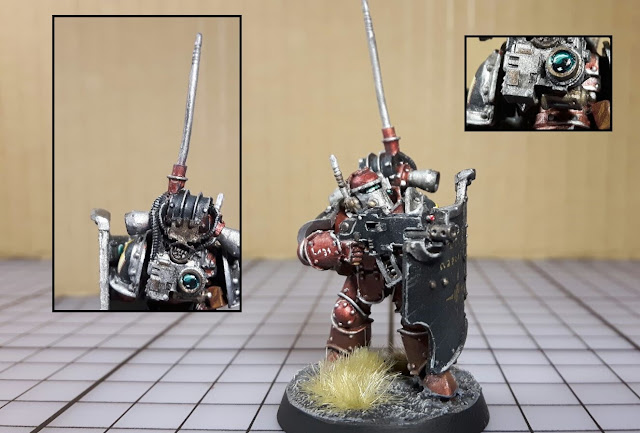 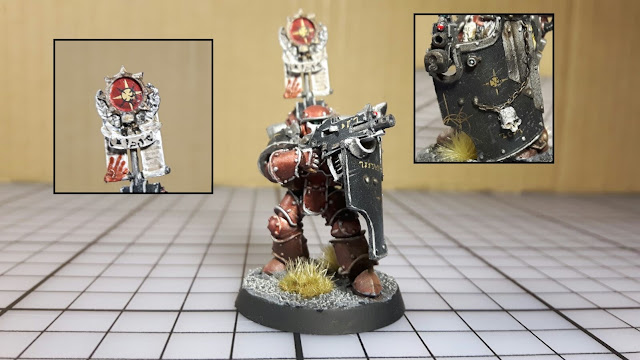 Hope you like them so far! Thanks for reading :)