I'm back to show you my next completed Iron Hands unit the infamous Gorgon Terminators! 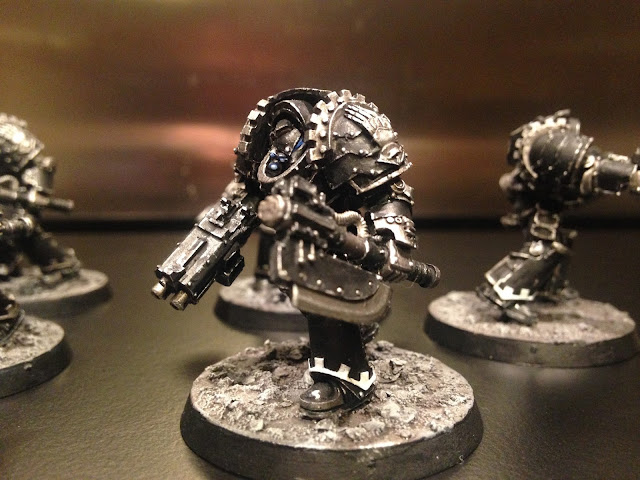 The Gorgons were one of the first units I started for my Iron hands army a long time ago now. I recently decided they needed a revamp as I used to use the Runefang Steel as the battle damage effect, however, the scheme has since involved into using it as both a highlight and a battle damage effect. 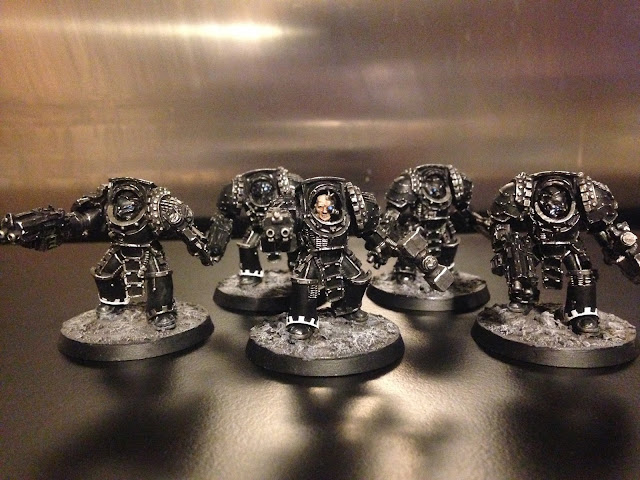 Slightly different lighting for this photo because the sliver gorgets really catch the light and almost dazzle you on group shots. 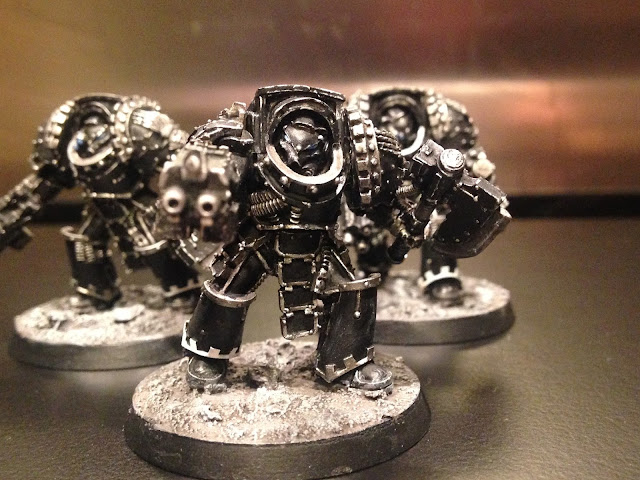 This did take some time as I had to completely revamp the Runefang Steel and effectively start it all over again. This time around I've tried to make the model look cleaner so there isn't as much battle damage but enough to make them look battle worn. 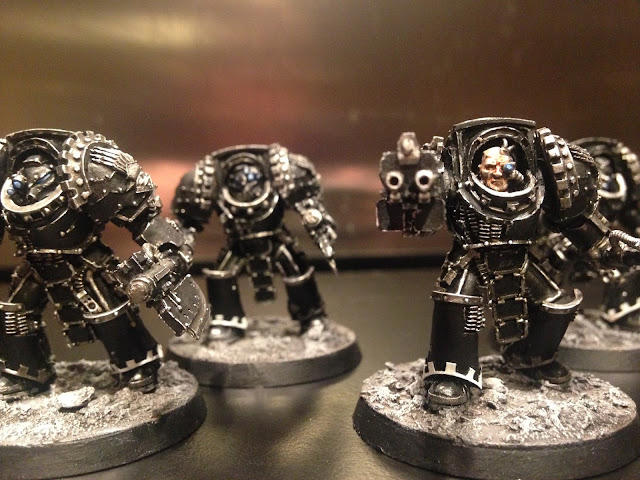 Because this was one of my first units, there are a few mistakes from when I built the kit, so I may go back and sort these at some point. A good example is the mold line on the thunder hammer which is actually sunken so I couldn't get to it very easily. To sort this I think I will just add green stuff to flatten it out and then repaint it. 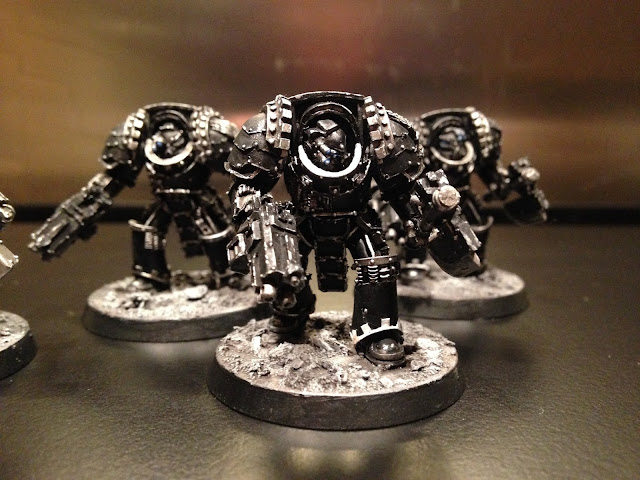 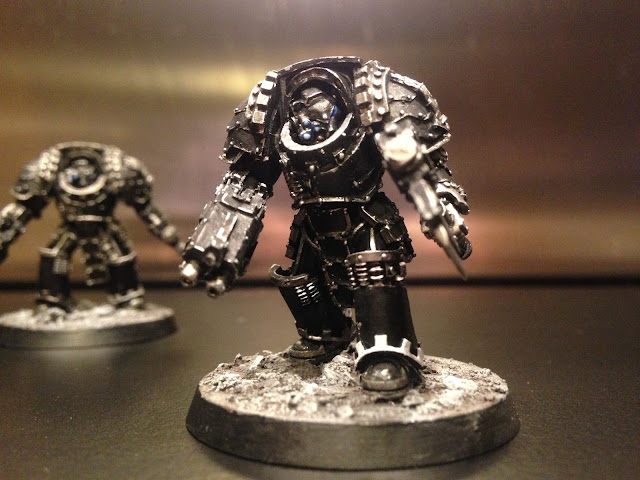 I am also not completely happy with all of the poses and weapon options so I am planning to add another five gorgons with alternative weapons to add a bit of punch to the unit. 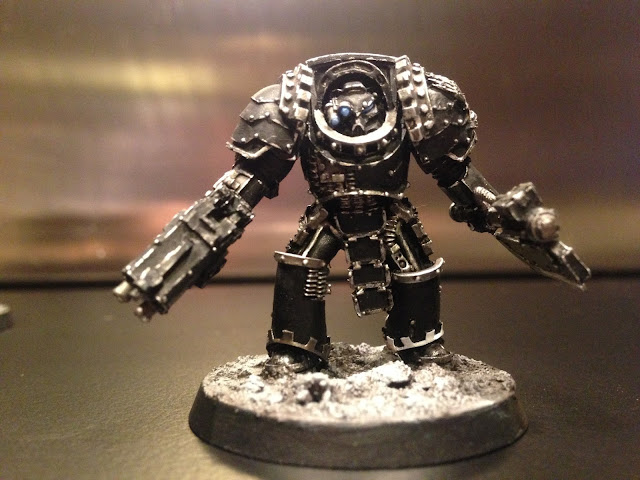 I am planning on using this unit as a body guard unit for Ferrus Manus, they will be relatively cheap and work as a unit that can absorb punishment while Ferrus smashes traitors. I'm hoping they will be very durable like the Meduson Immortals who survived a lot of enemy attacks at the Battle Bunnies christmas battle.

So there you have it! Let me know what you think to them and I'll be back soon with some Xenos related progress.... :)

Thanks again for reading!