Good evening everyone.
My brushes have been taking a slight break from painting midnight clad and instead turned their attentions to the steel and brass of an altogether different force.
As you know I've been slowly accumulating a Legio Cybernetica force to act as both an army in its own right, an ally force for my legions and as a pool of machines to use within the legions.
I've been building and painting in blocks of 250pts every month in order to slowly accumulate at least a 2000pt army by July (hopefully more). This months pledge has been the addition of 2 more Castellax, a Thanator Callix and a Domitar (with a sneaky Abyant on the side).
I've pretty much been batch painting both the machines and the scenic bases, with a primer of grey and a coat of Games Workshop's Leadbelcher spray. Here's my progress so far;
The Domitar: 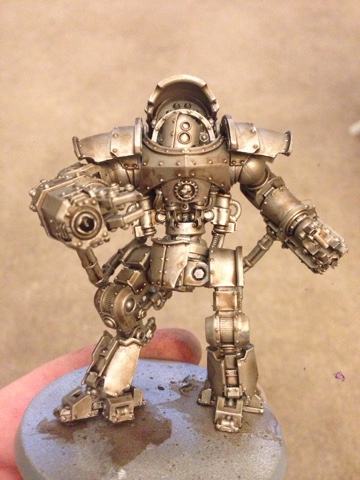 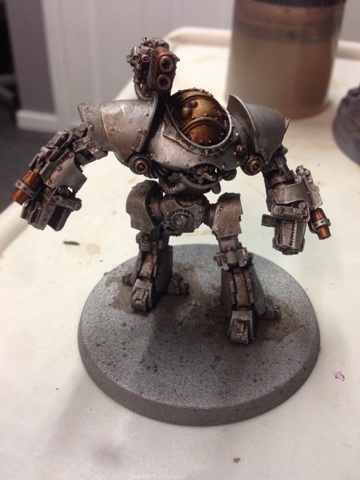 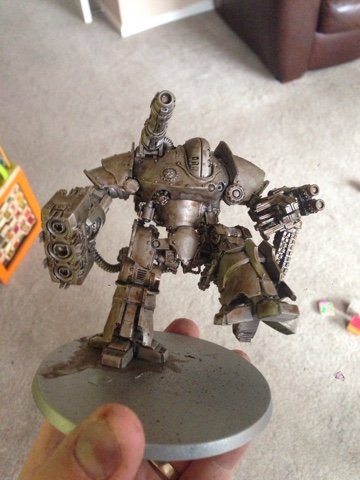 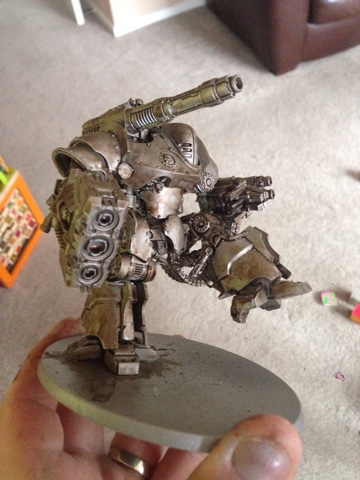 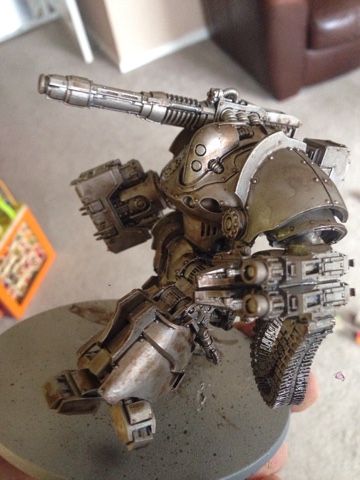 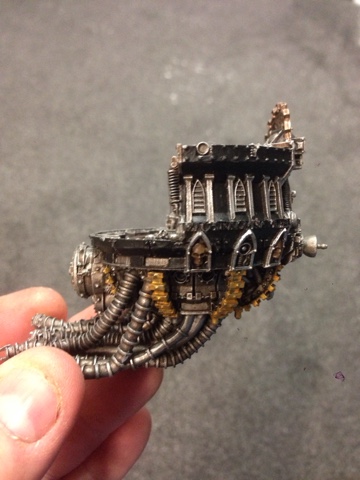 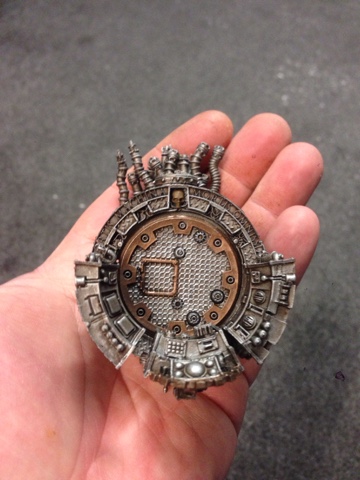 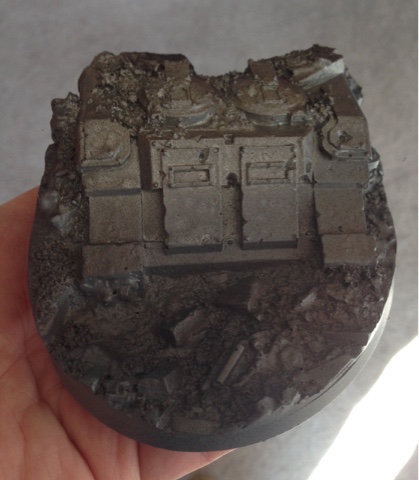 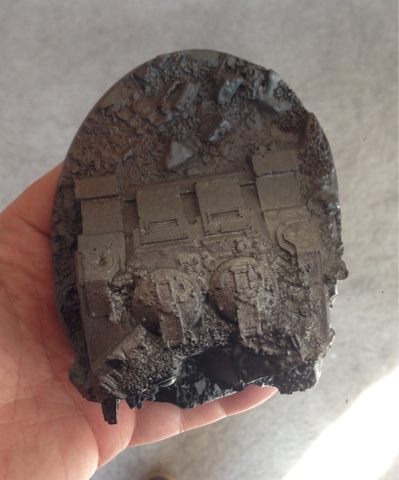 And with the dry fit Callix... 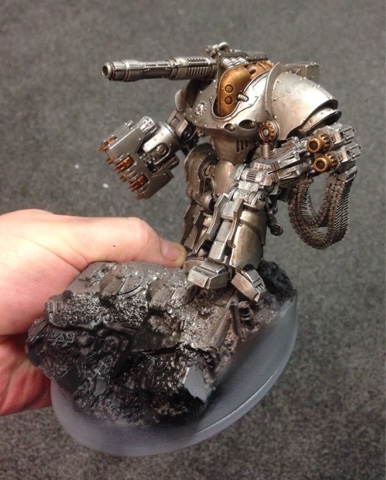 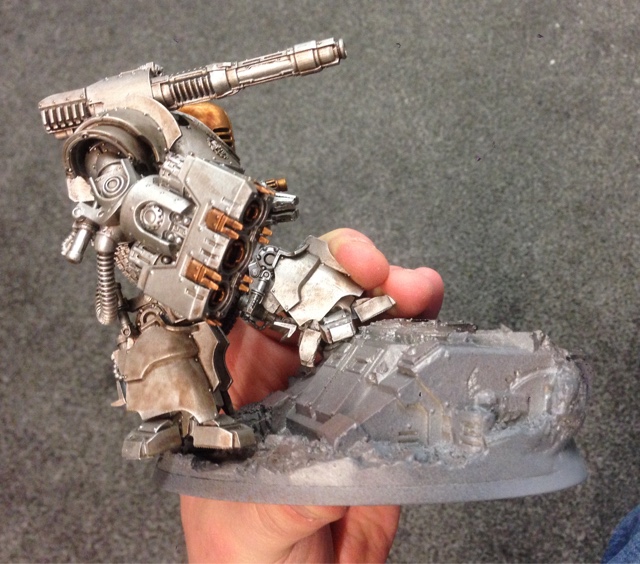 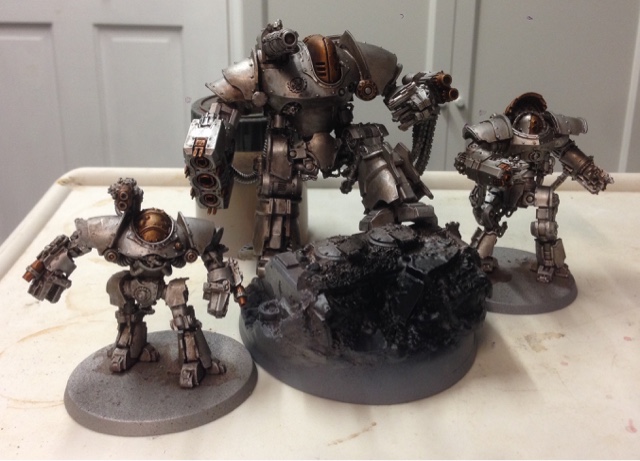 All still work in progress but these will be in the black and bone of Graia before the end of March.
I'm considering adding in a couple of plastic Kastelans (with a twist) to add yet more variety to the force in the next couple of weeks.
Show must go on....
KF
Posted by King Fluff at 22:04