This week I thought I would share with you my First Company as it stands currently. I have now fully completed around 1750 points worth of this army! 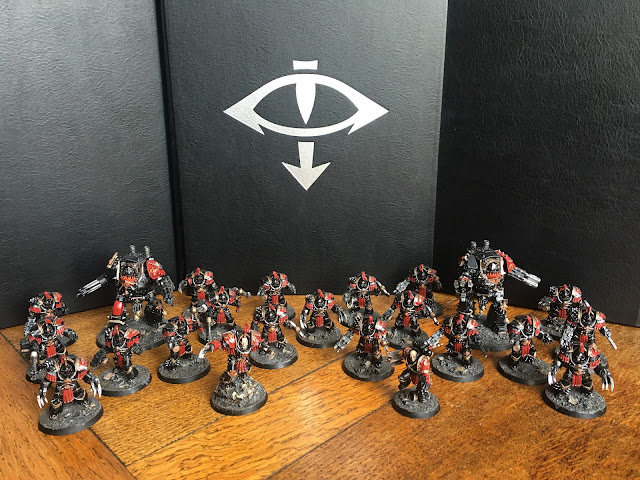 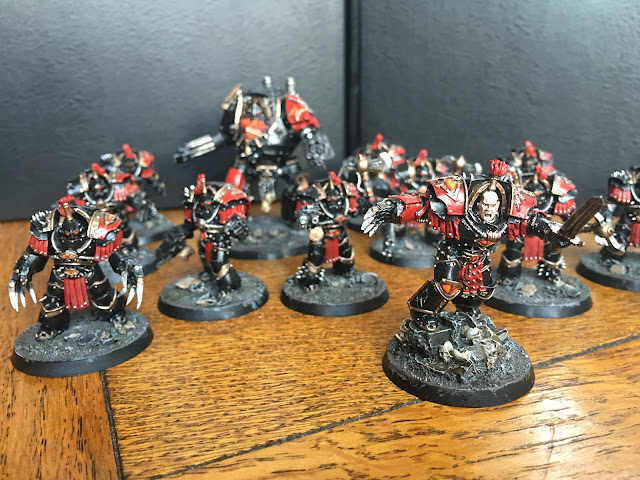 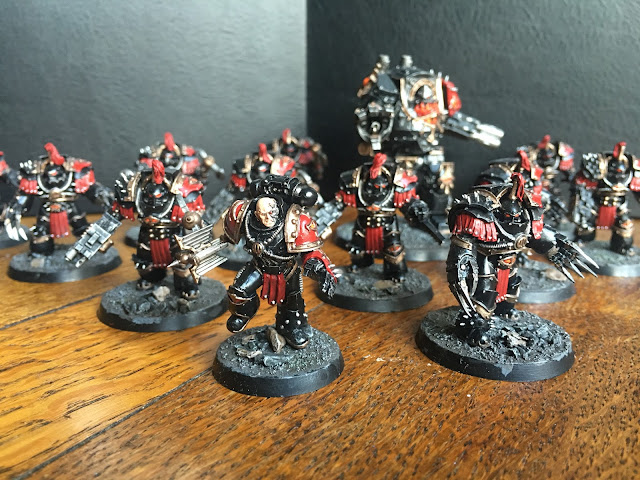 I am now working hard on getting 20 Reavers completed. I have added the red to all of them and I am half way through completing the silvers. All being well I should be able to have these completed by the end of this week.

With the reds done: 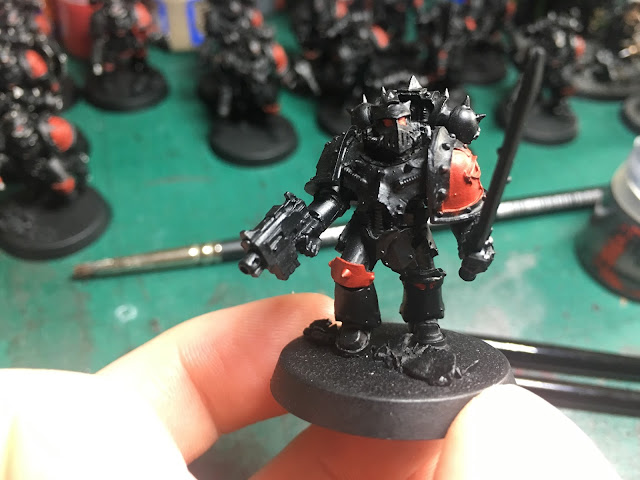 With the silvers done: 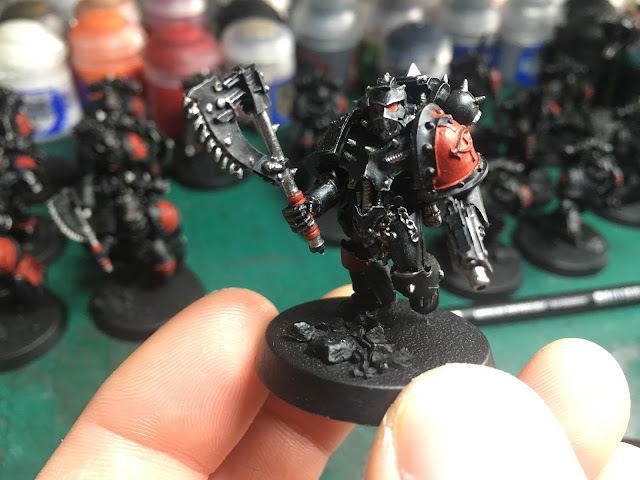 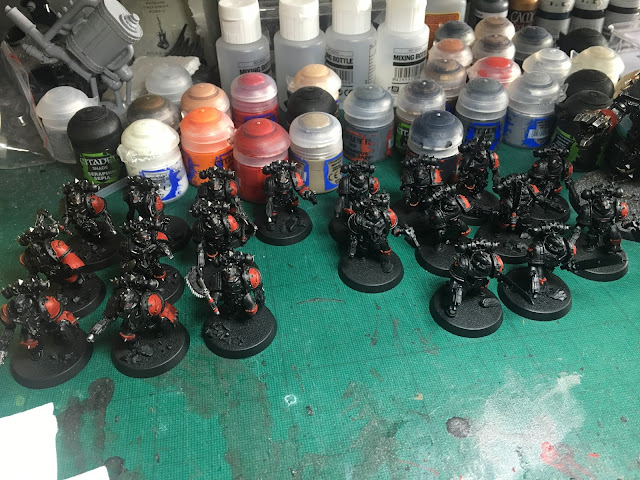 Isaac Cordactus
In update number 5 I showed off my chaplain, Isaac Cordactus, for the first time and ask for some ideas regarding rules for him. Thank you to all of you that made suggestions! There were many great ideas and I now have a more finalised version of what they may look like. I thought it would be great to get your feedback on what you think of the rules.

First Chaplain of the Sons of Horus 1st Company

Potential rule version 1:
Kill for the living, kill for the dead:
Cordactus leads his brother Reavers into battle with a level of zeal and viciousness far above all others. His presence on the field of battle inspires his brothers to fight harder. He leads charges of deadly affect and as he meets his foes his mighty crozius swings in an vicious arc into any unfortunate enemies standing in his way.

Potential rule version 2:
Cordactus can only join Reavers Attack squads. He grants his unit the Hammer of wrath special rule and he himself gets D3 Hammer of wrath hits using the profile of his Crozius Arcanum (Power maul).  Due to his inspiring presence, all Reaver squads within 12" of Cordactus benefit from his Zealot rule. Additionally his unit can make use of the Zealot rule in every turn of combat rather than just the first.

Finding the right balance between being a fluffy character and not just overpowered is difficult! What do you think?

Darien
Posted by Darien Vasco at 12:28