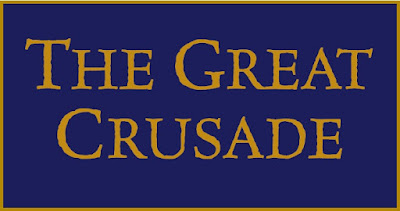 Hello and welcome to our Great Crusade page. Here we will endeavour to log and store links to all of our battle reports and Narratives. At the moment it is very empty, but we do aim to create and add stories (historical and created) to the roll below so that whenever you feel like it you can follow one along. We originally thought "lets start at day one and progress" but with the lack of the Emperor for the foreseeable future, we think a jump around approach would be more suitable. Any canon conflicts don't hesitate to email us!
Timeline: We will then follow the best fit Horus Heresy timeline or official dates, which we have assembled below from the Official Primarch discovery order. This has been updated post Book V Tempest.

M30 801 - Event. Horus is discovered a few years into the Great Crusade and is mentored for 3 decades before the next Primarch is discovered.

Note. Between M30 829 and 834 the following Primarchs are discovered:

M30 870 - Campaign. Conquest of the Galactic North East of Serphina.

M30 934 - Event.  Angron takes charge of World Eaters. He was in command of the World Eaters for 70 years at time of Betrayer Novel so worked out as M30 934. (Although he may have been discovered before this but not trusted).
M30 934 - Golgothan Slaughter.
WE vs. At least 7 different xenos forces over 11 years.
Dramatis Personae: WE-Angron
Betrayal - p98. (Note. Takes place soon after Angron takes control of legion). Breaking of the siege of Sarum follows on straight away.

M30 est 952 - Event. Approx date of Corax discovery (Extermination States he was in command for nearly 50 years at compliance of Indra Sul. Which was around 5 years before Heresy. (Note. Mor Deythan entry suggests discovered 925)

M30 963 - Event. Monarchia falls and Lorgar goes on Pilgrimage.
M30 964 - Event. Gal Vorbak return from the Eye of Terra and rejoin the great crusade circa 965 as were a year out (40 years before Isstvan). At time of istvaan 3 there was only 47 red WBs inc Argel Tal.

Circa M30 966-967 - Event. Lorgar returns (he was told by Ingathel that over the next 5 decades he would need to recruit another thousand Legionnaires a year, and if one falls to replace with 2 - this means he wasn't in there for a long period of time so he could enact his plan.

M30 984 - Event. Destruction of Nostramo by the Night Lords.

Note. For some considerable time before the Betrayal, the Death Guard fought beside the Sons of Horus in the Galactic North attacking targets of extreme environmental hazard / hammer and Anvil style engagements.

Unplaced or date not recorded: further info req / to be investigated:

Unknown (after m30 839 if Thousnd Sons stated) - Conquest of the Dominion of Storms to the Galactic East
The Fall of the Lords Gardinaal.
IH, TS, UM & EC
Dramatis Personae: IH - Ferrus Manus, UM - Ulan Cicerus
Massacre pg88-91
(Note. The fall of the lords Gardinaal occurred after guilliman was discovered). 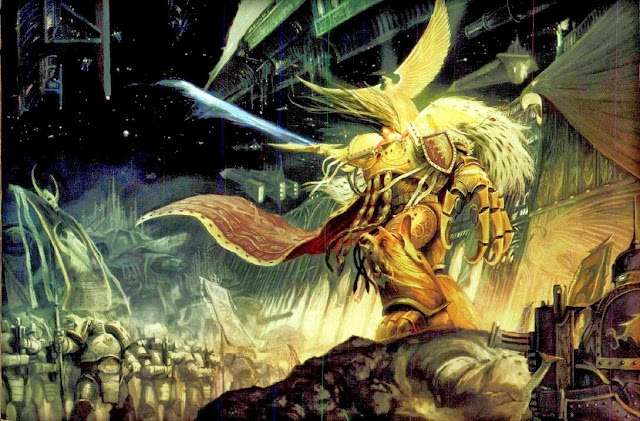 The Horus Heresy (To be updated)

Conquest: We will be basing the Great Crusade Campaigns on the Conquest Tool box in Book 4 Conquest.

The Battle Bunnies view on what they want from the Great Crusade:
Drake Seta: I want to be able to "play" my legion. To have the ability to create heroes with great back stories depending on how my Legion(s) Progress. To play the whole conflict out Game of Thrones style to its conclusion at the Scouring. I want to be able to have Primarch fighting alongside Primarch and see how they compliment each other. I want to also be able to have specialist games of Fantasy Flight style Roleplaying and Necromunda style last stands.

Kaelo Rylanus: I want the ability to fight in the greatest story ever told. To fight as, and alongside characters I have coveted for 20 odd years. Develop solid painting skills and design and make great scenery. I want to write stories that are interesting and camptivating.
For the group: I want to forge exceptional campaigns with you all, starting rivalries and developing friendships. I want variety that you cant get from 40k
For the blog: I want us to be the forefront of 30k. A treasure chest of gaming, painting and modelling tips, stories, dioramas.


Lady Atia: What do I love about the Great Crusade? Giant armies, and an unified, uprising empire. Space Marine Legions, Militia, Mechanicum and Titans working together to re-conquer humanities' birthright. Armour, Tank and Weapons beeing tested by different Legions, and stuff beeing invented when needed. Primarchs fighting side by side against Xenos and other scum. The Orks at the peak of their power, with Waaaagh!Bosses as large as Knights. The Eldar, beeing broken and trying to fight to survive. Hrud, Slaugth and more Xenos who aren't that known in the 41st Millenium. Also - Squats are still alive and not eaten by Tyranids. :( 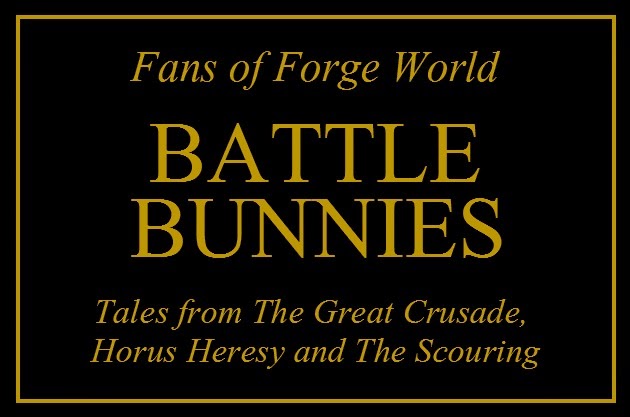