The Retribution Seminar has started! 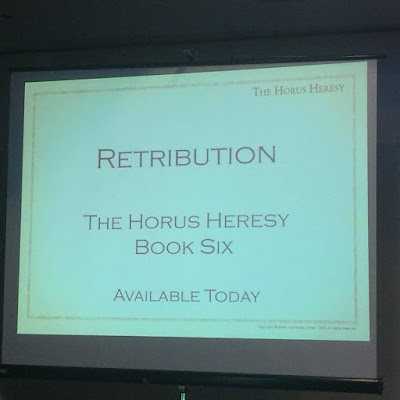 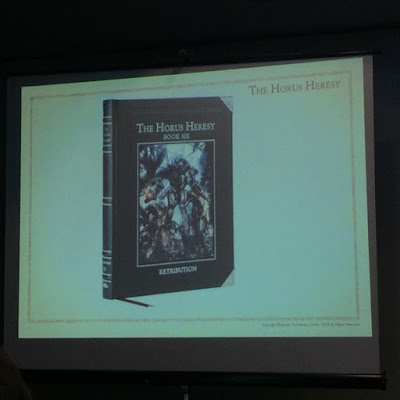 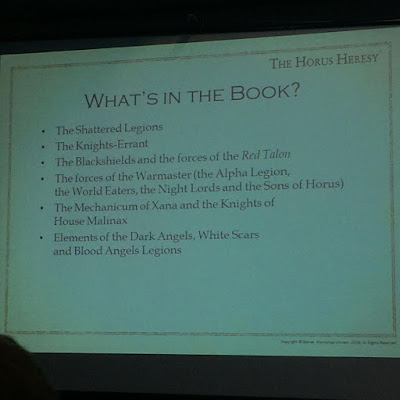 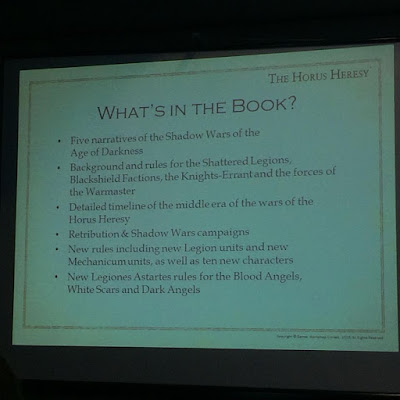 Forge World Xana is a 40k Forge World which goes round the Eye of Terra selling its stuff. It is a setting for a Dark Mechanicum Forge World in the Shadow Wars. 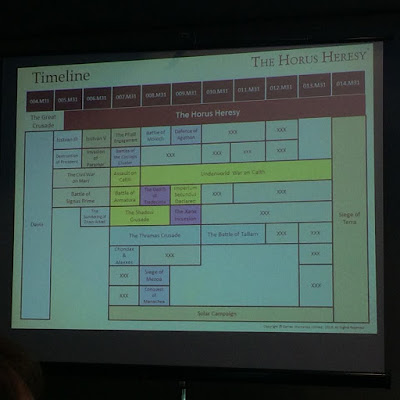 The time line boxes will be updated throughout the weekend. 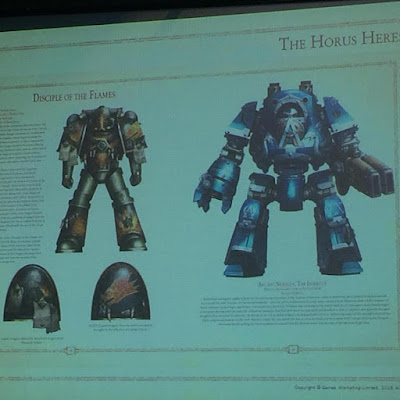 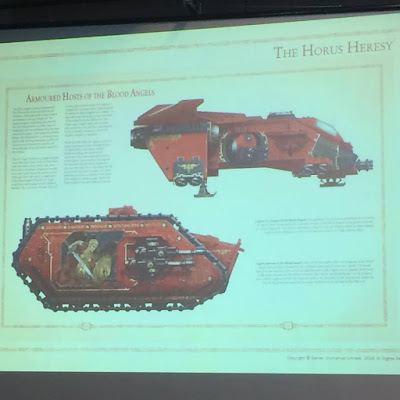 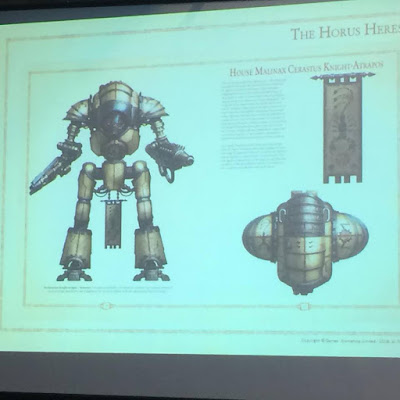 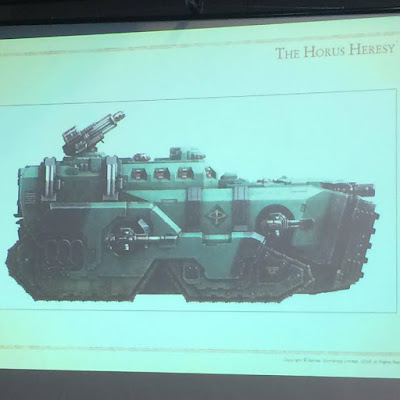 The Mastodon was decided to be done a year ago. Transports can be boring so Blake wanted it to be more Killy. Like a moving Siege Tower. Blake apologises that it isn't here today because he couldn't sign it off as the bits couldn't easily be put together. He is working on it now. 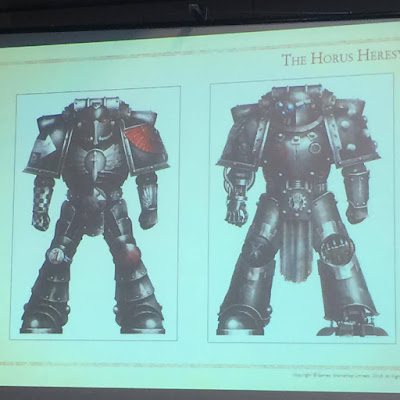 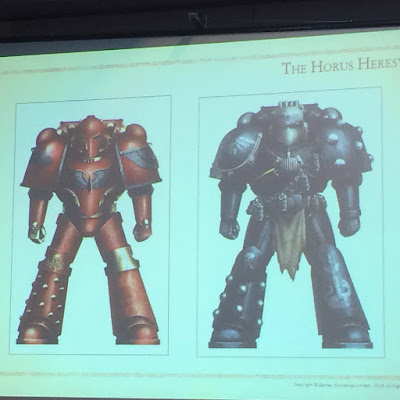 Blood Angel and Blackshield. Dark Brotherhood on right was first reference in 1987. 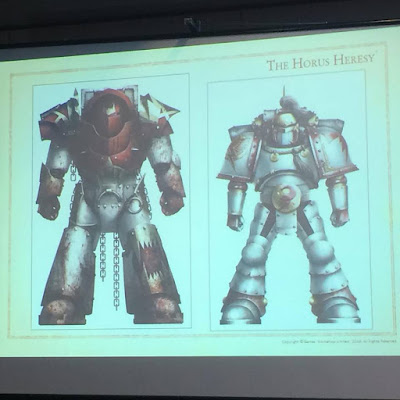 Red butcher (repainted as they like red) and a White Scar. 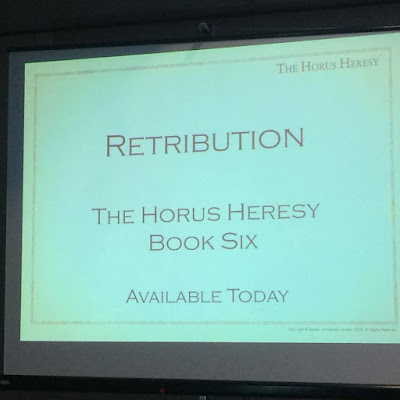 The Nemean Reaver (a Special Character for Black Shields) is not Saul Tarvitz but he is a mystery that they will not be revealed yet.

Endryd Haar pretends to be another character at the beginning. World Eater.

Gahlan Surlak is another World Eater which is a traitor Apothecary.

Tybalt Marr is the person who convinces Horus to take the Shattered Legion seriously.

Shadrak Meduson. Can count as a Salamander, Iron Hand or Raven Guard.

Cassias Dracos Reborn. He comes back after Isstvan 5 (buried there). Salamanders had visions that they would find Vulkan under Isstvan 5 but found him instead.

Nârik Dreygur has got some rules now. Has a part in the Shadow Wars now.

Kheron Ophion is a Night Lord Character of the Kyroptera.

They voted in the room which 4 would be made. Drake lead the vote for Ophion (and was laughed down).

There is a Decal sheet for the Blackshields 2 months away.

Cortus will be available / more versions of the Contemptor in 6 months.

More Knight Errants will likely be coming. End of the seminar.

What do you guys and girls think about Retribution? What characters do you want to get done? Write us in the comments below! Thanks for reading :)

Regards,
Drake Seta, Lady Atia and the other Bunnies =)