Today we have a little preview for the 2nd Primarchs books, aswell as The Silent War. We already talked about "Roboute Guilliman: Lord of Ultramar" in the past. Pretty cool to see the Primarchs getting some stories, especially if they are set around the Great Crusade. That said, afaik not all stories are set during that era - some are during the Crusade, others during the Heresy and some even during the Scouring. 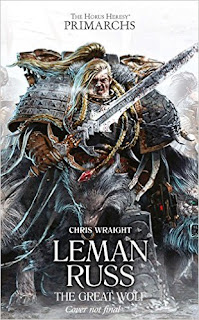 The second part of the series is about Leman Russ - little SPOILERS ahead!!

"Many are the sagas of Leman Russ, Lord of Winter and War, most fearsome of the Emperor s primarch sons. At the height of the Great Crusade, his Space Wolves fight to bring the rebel world of Dulan to compliance. Enraged by the defiance of the tyrant Durath, Russ has pledged to strike him down personally but his brother Lion El Jonson of the Dark Angels advises more caution. With the might of two Legions arrayed against Durath, tensions nevertheless run high, and the rivalry between the Wolf and the Lion threatens to engulf them all."

The story of The Lion and the Wolf? Awesome! One of my favourite pieces of lore, but not sure if it will be good to get a "canon" version now. 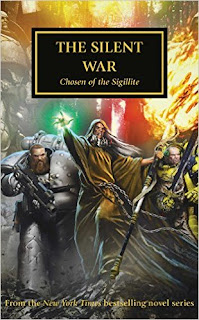 "Anthology of tales about the secret missions that underpin the entire Horus Heresy series. While loyalist and traitor forces clash on a thousand battlefields across the galaxy, a very different kind of war is being fought in the shadows. Rogal Dorn and his Legion prepare to defend the Solar System against the armies of Warmaster Horus, even as Malcador the Sigillite charges his many agents and spies with missions of the utmost secrecy. The future of the Imperium is being shaped by unseen hands... This Horus Heresy anthology contains fourteen stories by some of Black Library's top authors, including James Swallow, Chris Wraight, John French, Anthony Reynolds and many more."

We already heard about this at the Horus Heresy weekender - it's basically a shadow war fought by both sites. I really hope we see some Sisters of Silence action here!

You can pre-order both books, aswell as Guilliman at Amazon!

What do you think about the upcoming books? What stories do you want to see? Write us in the comments below!