Today I want to share some ideas, planning and preparations for my 30k Orks with you all - this project is going to be bigger than I initially thought!

The Orks in 30k - a little overview 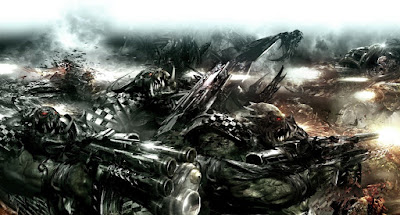 In generally, Greenskins during the times of the Great Crusade were larger than 40k Orks, with Boyz beeing around the size of a 40k Nob. Of course there would be younger Orks too, so there is space for smaller ones in a 30k army. Bosses would be atleast as big as Warbosses, with the largest examples able to dwarf even the Primarchs and the Emperor.

The Ork Empires during that time where large enough to threaten the young Imperium - with the Crusade at Ullanor and the defeat of the Mek-Empire of Gorro beeing really big events for the Great Crusade.

Gorro was rather unusual for the Orks, as it was ruled by a Mek caste - it was defeated by a combined attack of the Lunar Wolves and the Emperor's Legio Custodes. But Gorro was just the start - an even larger Empire was out there. It should need the might of several Astartes Legions aswell as the Emperor himself to defeat the Orks at Ullanor in the last days of the Great Crusade - and it should take almost a thousand years 'till the beast arises again in numbers to thread Mankind again .... 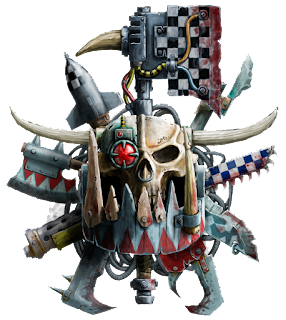 With these basic informations, I started to brainstorm what exactly I want to do for my 30k Orks. I always loved tanks and dreads, so an army focusing on the Mek Empire of Gorro (maybe even surviving Orks who started to annoy the Imperium during the Horus Heresy and the Scouring?) sounded awesome. There is also some space for early Orks lore, like the Tinboyz (Ork Robots) or some feral Orks and Freebootaz.

The idea of bigger Orks was also pretty cool - I never liked the "small" ones, and doing a "larger scale" army is something I always wanted to try. Good for me, the Nobz kit is a great starting point, and you can use parts from the Meganobz and Flashgitz too. Last but not least, the AoS Savage Orks range is also in scale with the Nobz, which gives me another bunch of bitz to work with! 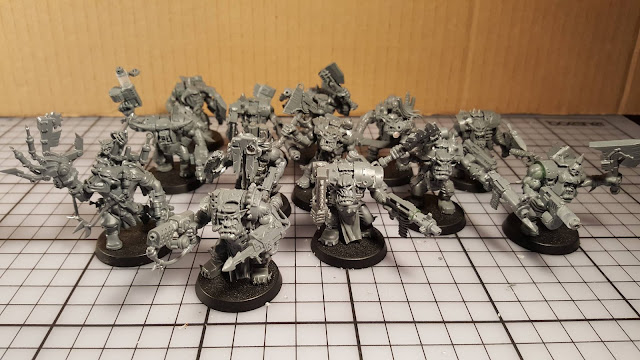 Here are my first 12 Spanna Boyz - basically scrap-looting Orks lead by a Mekboy, aswell as my Painboss. 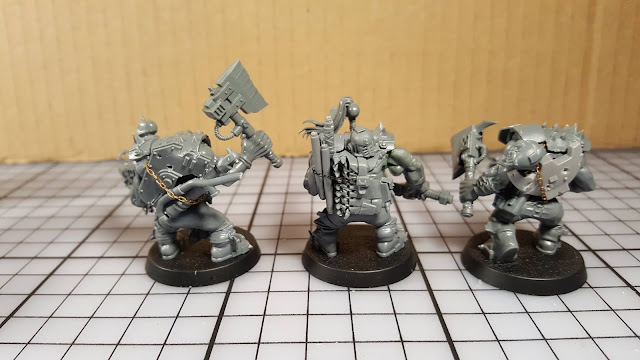 Each of the Spannas' has some loot on his back - scrap, munition, stickbombz or trophies. 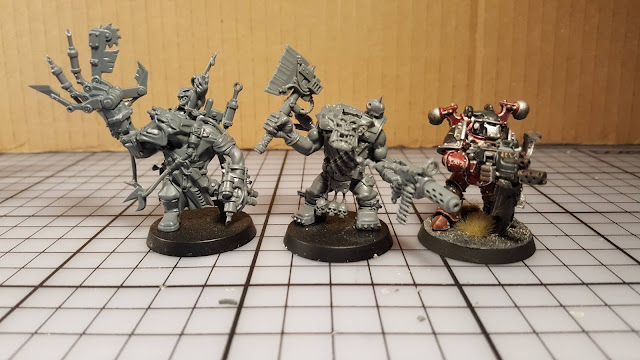 A little scale shot for my "normal Orks". 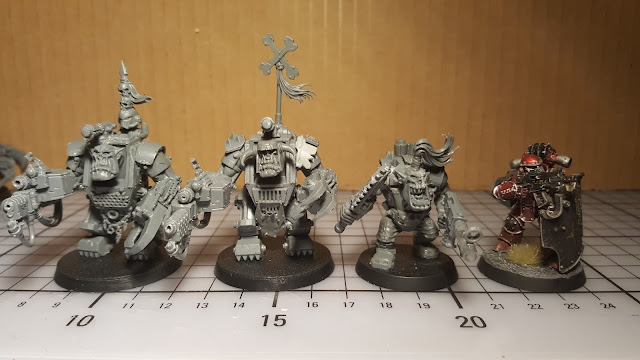 Some Mega armoured Orks - I'll have 10 of these guys, who will form the guard for my Mek Boss. And yep, it looks like they were able to loot some Terminators! Poor Blood Angels ... 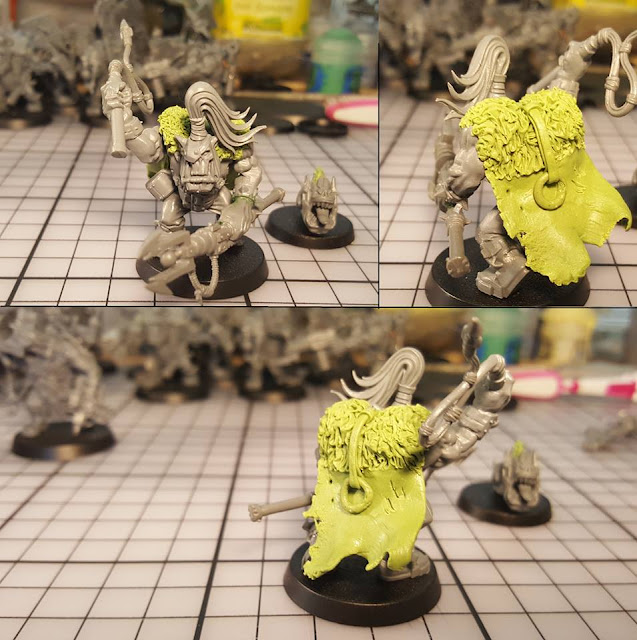 I also build some Gretchin and a Runtherd! I think he is not only a grot horder, but also has some love for Squig Dogs!

The Deathskulls will rise!

After building the first few Orks, I read about their clans - while I liked the idea of an army consisting of many different clans, I also wanted one unifying scheme. The Deathskulls are scrap farmers, and would fit very well with my theme - they also use cool warpaint! Blue, rust and loot? Yep, that's what I want! 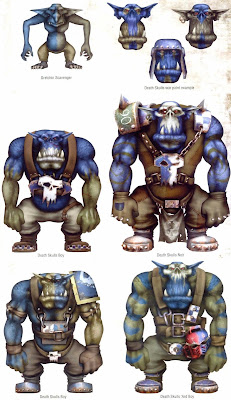 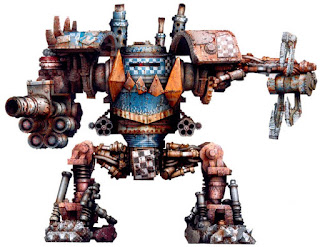 I also like it to have a "big goal" or hobby theme for each of my projects - my Salamanders had sculpting, my Word Bearers my Airbrush. For the Orks, the big motto will be weathering - I ordered a bunch of hobby products (Filters, Pouders and Enamel Paints), and can't wait to experiment with them!

Hope you enjoyed my post - thanks for reading - stay tuned for more Orkzy stuff in the future!