Finally finished my Lorgar - painting and converting this model was pretty awesome and fun! While I like Edgar's take on Lorgar, his old pose fits more with a pre-Calth version in my oppinion. He still has some "calm before the storm" feeling, but represents the Primarch on a battlefield during the Shadow Crusade, using his new powers. Hope you enjoy him :)

Aurelian, The Golden Son, Urizen, The Voice of Chaos, First Chosen of the Primordial Annihilator, Bearer of the Word

— Opening Lines of the "Book of Lorgar" 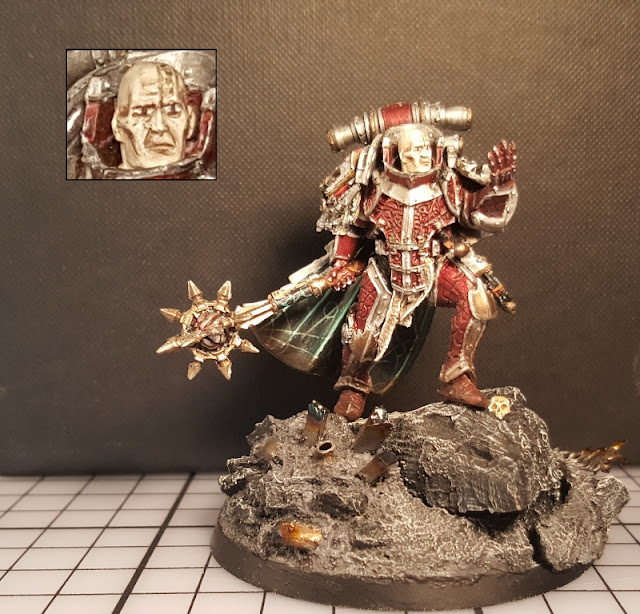 Lorgar Aurelian, who alone amongst his brothers wielded the raw power of devotion as his preferred weapon, was the lord of the Word Bearers Legion. In his earliest days he swayed an enitre world with his powerful oratory and the sheer force of his chrisma, leading Colchis, his home world, through the fires of civil war to the veneration of the Emperor, whose coming he had foreseen in his dreams.

Reunited with his father, Lorgar conquered by the simple craft of exaltion, liberation and example, by inspiring his sons to feats of arms in the name of the Imperial Truth. Under his governance, his Legion did not simply batter a world into submission, but applied force of arms only as needed to raise them up and render them to freedom. But in his interpretation of the meaning of the Great Crusade, he and his Legion stayed from the path that had been set out for them.

For his failings, Lorgar received only disdain, contempt and censure from both his siblings and father. His greatest success, the glorious temple-city of Monarchia was rendered to dust and ashes by the Ultramarines Legion at the command of the Emperor. With his beliefs shattered by the actions of his "father", anger and resentment set Lorgar upon the path that would lead to the Heresy, and his Legion began to secretly accept new, dark truths, even as they channeled their anger into a renewed slew of conquests. Both betrayer and betrayed, it was Lorgar and his Legion who would set the stage for the nighmare of the coming years, seeking to spread his new creed across the galaxy ... 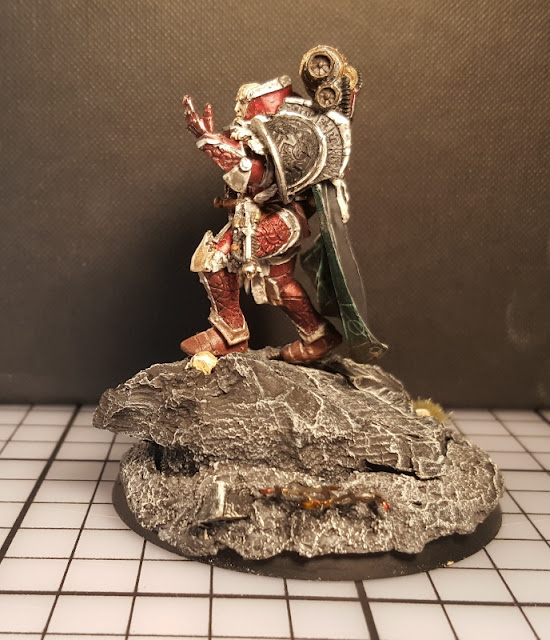 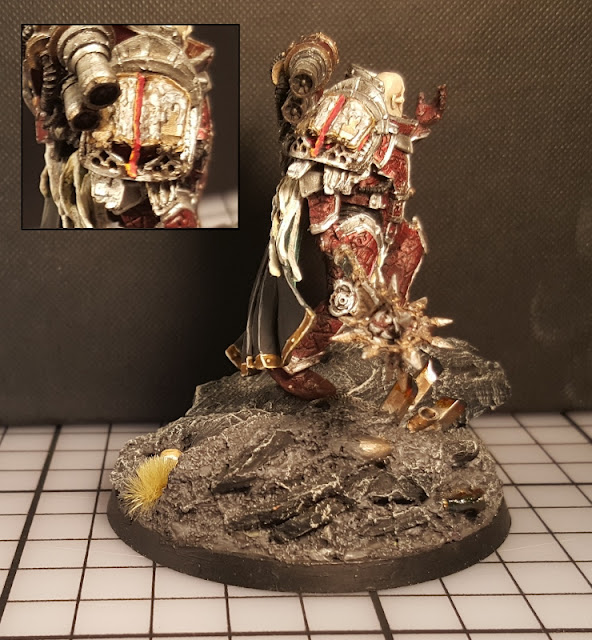 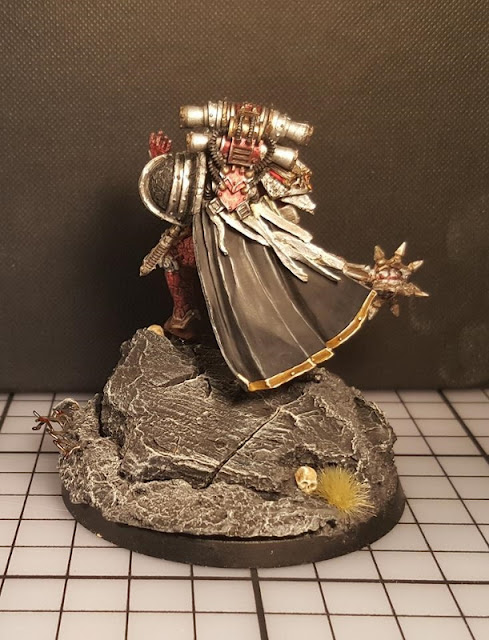 Note - The Armour of the Word: Freshly repainted with the red of his new path, Lorgar's battle plate is a customised suit of artificer armour, said to be based upon the later patterns of Legiones Astartes power armour. This masterfully crafted suit is incorperating a defensive field generator and graven with ancient Colchisian sigils of protection and Lorgar's own words of anathema. 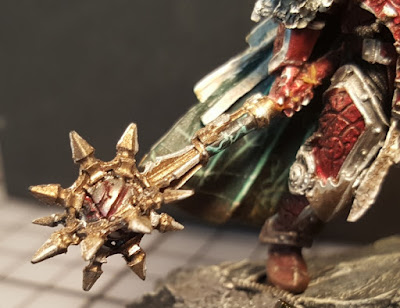 Note - Illuminarum: This ornate sceptre-maul was fashioned for Lorgar by his brother Ferrus Manus, Primarch of the Iron Hands Legion, in a rare display of filial support. Perfectly balanced for Lorgar's strength and size, it is a formidable weapon and apocryphally seen as the pattern on which the Crozius Arcanum was later based. 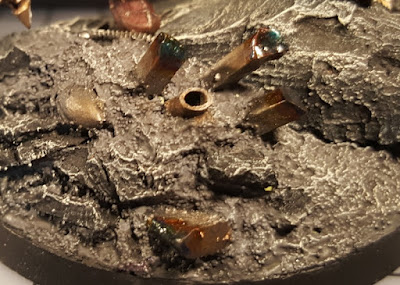 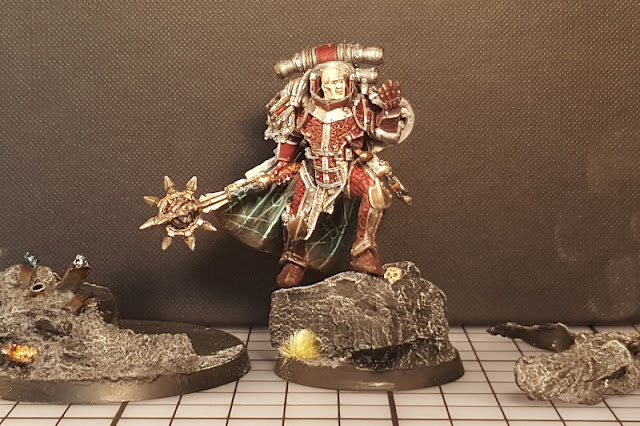 I did both a 40mm gaming and 60mm diorama base for him, and want to do a combi-base for Angron and Lorgar in the future too. Both parts of the base were created using cork, spare bits, greenstuff and Astrogranite.

For the paint scheme I went with the post-Istvaan red, using the same techniques as with my other Word Bearers. The cape was inspired by the 'Eavy Metal team's take on Kurtha Sedd, the tattoos on his head by Forgeworlds' artwork-drawing of Kor Phaeron.

The non-metallic trim on his cape was painted the following way: 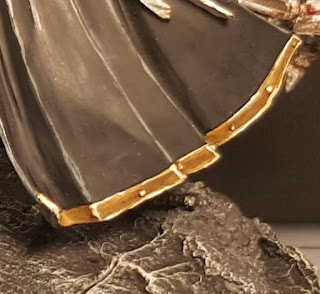 Next up is his dad Kor Phaeron, aswell as an Heavy Support Squad. I also got a bit distracted by a certain Deathwatch Kill Team - hope to get all of this done in the next weeks!