Today I want to do something different - a little overview of ways to play with your 30k models besides the "standard" AoD game. Basically there are 3 big groups - boxed games from GW that can be adepted, different gaming modes within the Age of Darkness rulesframe, and specialist games. Today I want to talk about the first two - the time for Specialist Games will come once FW released new versions of them. That said - I can see Inquisitor, Necromunda or Gothic used for games set during 30k.

Victory is Vengeance and Kill Team: 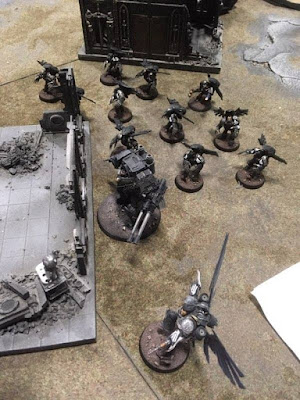 Kaelo's Raven Guard sneeks their way through the ruins - they will get their revenge ...

The Victory is Vengeance Campaign Expansion can be found within the HH Book III - Extermination. It's basically a narrative driven, campaign based kill team mode.

Intended for two or more players, one side represents warbands of the Shattered Legions, the other Traitor Forces unleashed by Horus to hunt them down. That said - you can use the rules to also represent other battles and forces.

Core changes is that your army isn't build around a Force Organisation Chart, but a group of character models, aswell as individual Marines chosen from the army list rather than full squads. You also have ressources and action points for your campaign, and your characters can level up and get new special rules.

I think this game mode is especially great if you are currently creating a new force - you can play with your newly painted models even if you don't have enough for a normal 30k game.

An alternative to this (especially if you don't want to do a campaign) would be Kill Team. Kaelo had some fun with it in the past weeks. You can buy the 40k Kill Team rules as ebook too, in case you aren't a fan of Tau and Mark VII:
http://www.blacklibrary.com/all-products/kill-team-2016.html


Ok, many readers will already know it - I love Zone Mortalis. Deadly fights within a battle ship or bunker system - yep, that's awesome. You can find the 30k rules for it in the first and third black book - the first has the normal rules for bunker fights under Istvaan III, the third an expansion for "Blood in the Void" - ship to ship combat, including some cool strategems like ship crew and murder servitors.

Zone Mortalis games are usualy played on boards between 2'x2' or 4'x4', with 500-1000 points per side. You can't use dedicated transports, and all miniatures must fit within the hallways.

Of course Forgeworld has released their own tiles for ZM games - but if you are worried about the price, there are some alternatives out there. From scratchbuild stuff to Space Hulk tiles - infact my first ZM game was played using said tiles. 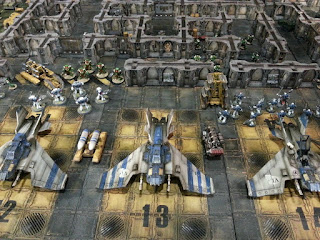 Here you can also download the basic rules from the FW site:
https://www.forgeworld.co.uk/resources/fw_site/fw_pdfs/Warhammer_40000/Zone_Mortalis_Expansion.pdf 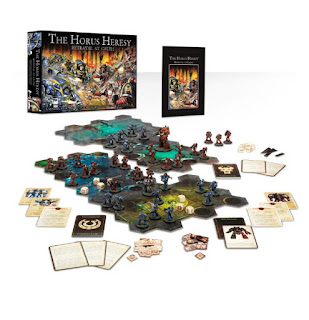 When you think about boxed games, you will probably have Betrayal at Calth in mind. I only tried a few scenarios so far, but it's a great game to introduce someone to the hobby, and it also has some depth. Most of you will already have it, so if you didn't try the game itself yet - do it! GW also published some new rules for daemons and alternate forces via the White Dwarf magazine.

Of course you don't have to use a 30k specific game to play it in the Horus Heresy setting - a good example for this would be Assassinorum: Execution Force - another game that plays fast, is great for introduction and also got some additional rules support already (you now can use daemons in your games!). 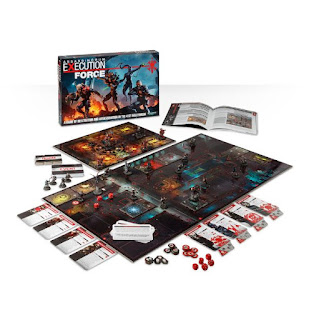 Now you may ask - but how to make it more 30k friendly? Well, I plan to use my Word Bearers for the Chaos side - but you could also use other Legions, or even whole other factions instead. What's with some Mechanicum units, representing a traitor Magus who tries to awake an army of forbidden AI-controlled Robots? You could easily use Tech Thralls instead of Cultists, and Skitarii instead of Chaos Space Marines. This goes for most of the recent and future boxed games - use your fantasy, and you may detect a new way to play 30k.

I hope you enjoyed this little article, and maybe you found some inspiration for your own games, out of big 2k points battles ^.^