Just a quick post from me today to show you what I am currently working on!

The cataphractii squad below is from the battle of calth box set so I decided to build them just using mostly the options included on the standard sprues rather than buying some cataphractii special weapons. The plasma blaster is from a tataros weapon set that I will probably use on some Gorgon terminators in the future. 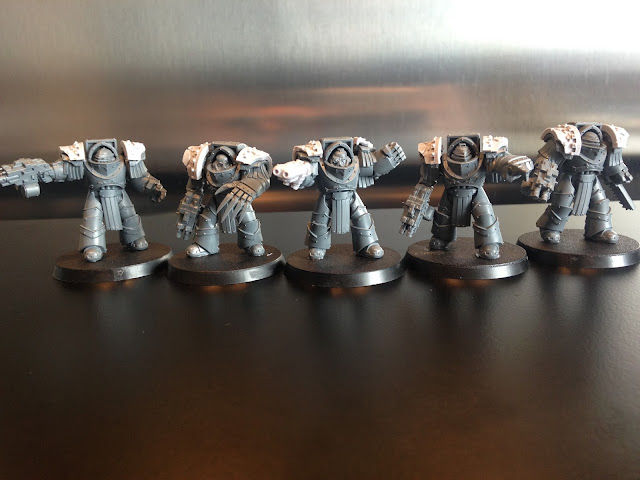 So I did listen to your feedback, on the community question posts a while back and I have decided to arm the squad based on what the majority of people recommended. Power fists, a lightning claw and a chainfist fist were included as a kind of good for most situations unit with some punch.

Now I am going to probably build another unit of these in the future to add combi-weapons but that can wait until the monies available. Another five Gorgons will also make an appearance and i'll again be arming them based on suggestions from the community question posts. 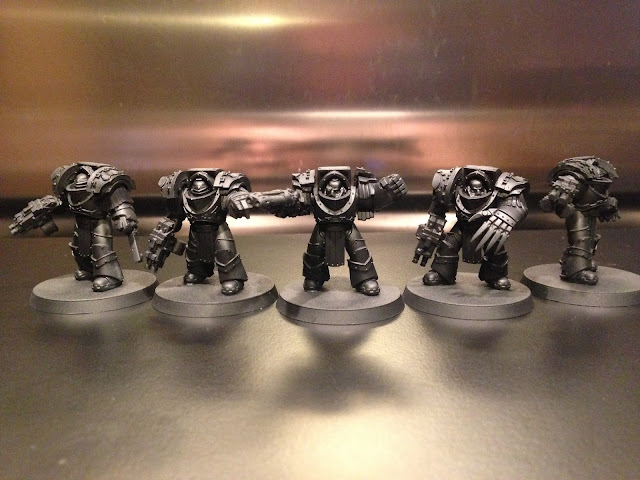 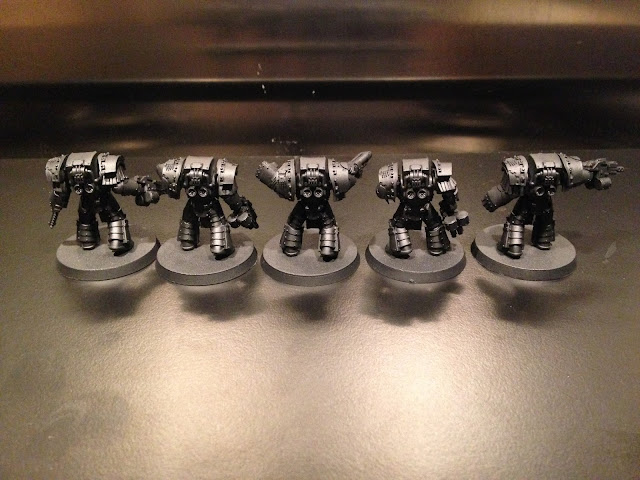 The one unique thing about this squad is that I am using the Iron Hands Cataphractii shoulder pads. As you can see below they are pretty cool and already look great on the models. Some of them didn't fit too smoothly but after playing around for a while they look great. I really like the cog motifs and this should really tie the unit into the rest of my army.

Hopefully by the time I post next I should have the leadbelcher applied.

So happy hobbying everybody and thanks again,