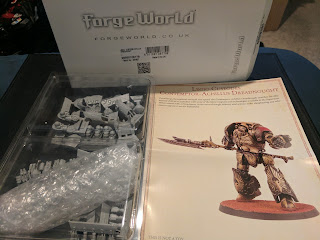 I didn't require too much convincing huh? Following on from last night's unboxing post, I am going to show you guys what you get in a Contempto-Achillus kit. 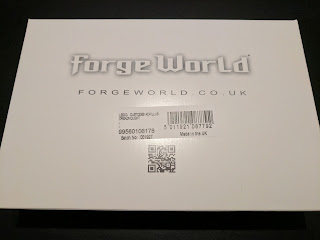 Like the jetbike, this also comes in a white Forge World box like most medium to large kits seem to be being packaged in these days. The box is exactly the same size as the jetbike one and is probably the smallest ones they will do. This kit comes with a colour-coded instruction leaflet but unlike the jetbike, you probably will need to use this, particularly with the arm assemblies. 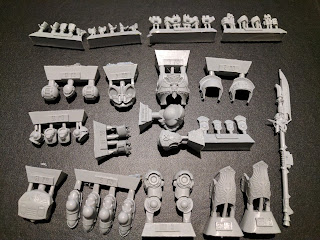 As you can see, there are quite a few pieces in this kit - the usual flat and bent feet options are present but this kit is probably more customisable and unlike any Legio Astartes contemptor, you do not need to also buy additional weapon kits to get the full mileage out of this kit as you already have all your possible options available here. 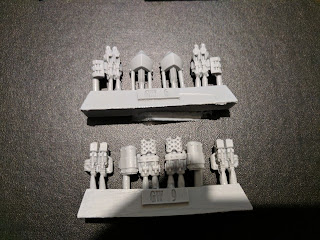 Here you have all the possible wrist mounted weapons you can have (in terms of looks I really like the Infernus Incinerators but in terms of coolness I would have to do with the Adrathic Destructors) and of course the Achillus Dreadspear: 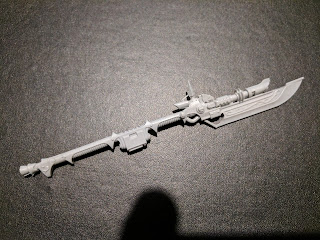 This is the main reason I got the kit. Don't get me wrong, I like the other Dreadnought kit with the sword and shield but I just love Guardian Spears - my Custodian Guard detachment is going to be spear-heavy for better and for worse!!! A nice thing to note is that the spear is completely devoid of molded on hands so it doesn't restrict you on how you can pose the model which is fantastic - it's given me some cool ideas of how I want to post the model in general. 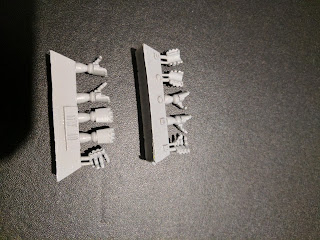 You would not believe how hard it was for me to not make some kind of a hand pun here but yes, two whole sprues with hand options which ultimately boil down to "clenched fist", "gripping hand" and "open hand" for both the left and right hands (so 6 hand options in total). 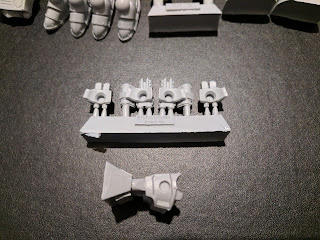 Forge World has been clever here - they've deliberately left round recesses in the wrists and all wrist weapon options to allow you to easily magnetise your weapons. I'm hoping the hands aren't going to be too close to the wrist magnet sockets as I'd like to also magnetise the hands too to allow me to transport this model more easily once its built. I'll let you know how that goes!

Let us know what you thought about this. I personally love this kit and I think it will be a pleasure to build - I'll have so much fun posing the model before I even start gluing!