Hello all.
So we have some more great looking Thousand Sons bits from Forge World today! This can only mean we are getting closer to a Vlka Fenryka release! 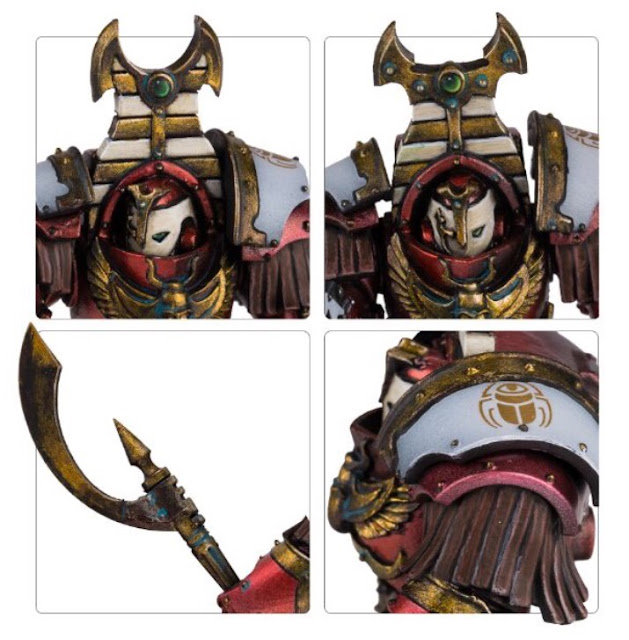 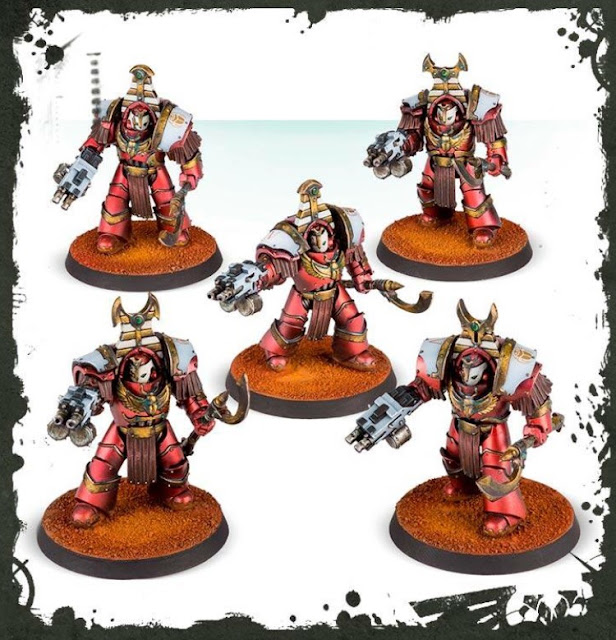 The Sekhmet, also known widely as the Scarab Occult outside their Legion, were the elite of the First Fellowship of the Thousand Sons, and when called upon to do so, served as Magnus’ personal bodyguard. Clad in Terminator armour, each of them was a high initiate of the Prosperine Mysteries who had sublimated their abilities and emotions into the highest levels of spiritual control, and were able to shun injuries by mere strength of unified will that even to a Space Marine would have proved mortal.

Marked by the jade scarab bonded to their armour, they stood apart from others of the Legion, a brotherhood within a brotherhood. Able to hold their minds at the highest levels of the Enumerations, the Scarab Occult fought with such unified precision and control that they seemed to some less warriors of flesh and blood, but more automata sculpted in the form of men.

There are three different types of cowl – one unique, two repeated – along with five left arms and force axes, which replace the standard left arms and weapons found with the plastic Cataphractii Terminators. An Elite choice for Thousand Sons Legion army list, their rules can be found in The Horus Heresy Book Seven: Inferno.

The kit is supplied with 5 40mm round bases. 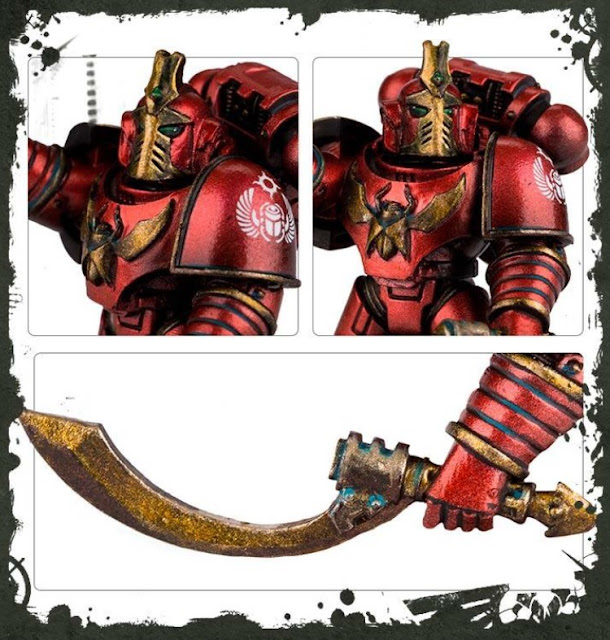 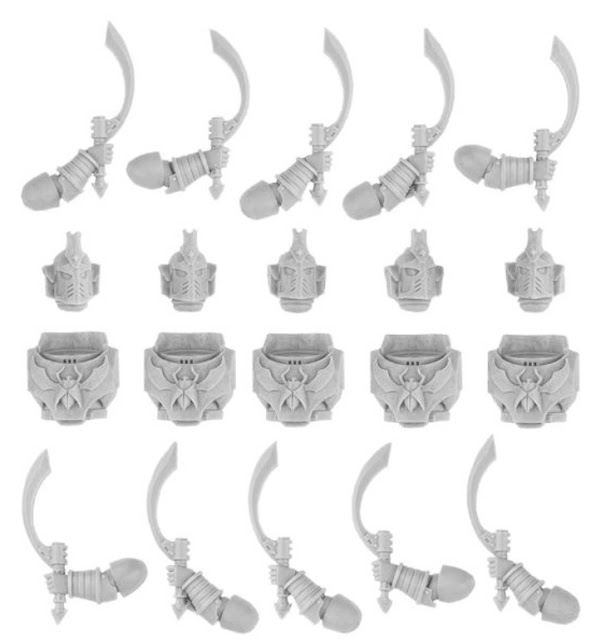 The resin upgrade sets are designed to allow you to upgrade ten plastic Mark IV Space Marines to the status of a Khenetai Occult Blade Cabal. It contains ten torsos, ten right arms and ten left arms (each wielding force swords, meaning two of these curved blades for each model) and ten heads. These parts replace their equivalents from your Mark IV Space Marines, turning them into this Elite choice for a Thousand Sons Legion army list.

Rules for the Khenetai Occult Blade Cabal can be found in The Horus Heresy Book Seven: Inferno.

The bundle is supplied with ten 32mm bases and the transfer sheet from the Mark IV Space Marines kit.
Posted by Drake Seta at 21:13