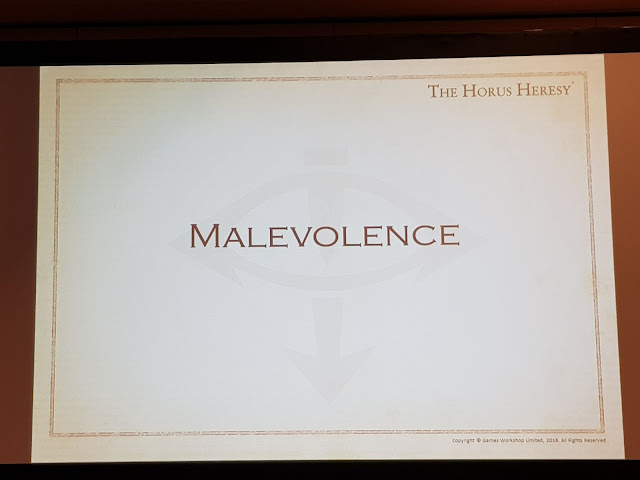 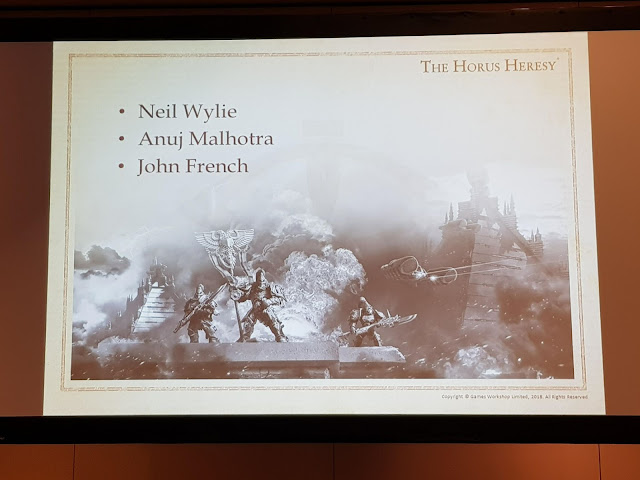 Infos from the Malevolence Seminar - it's all about daemons, Blood Angels, White Scars, Space Wolves and Alpha Legion. 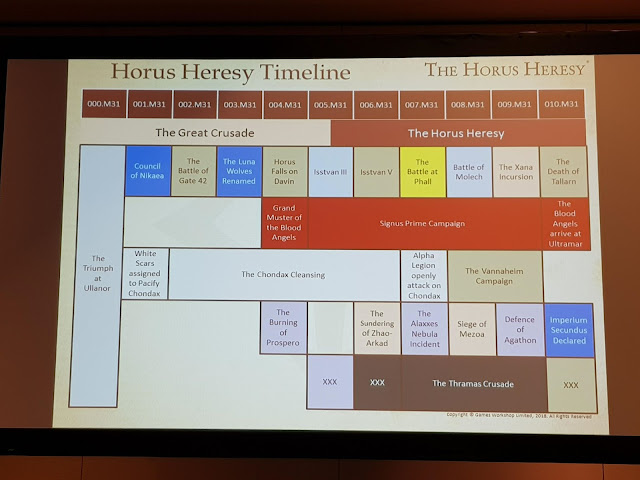 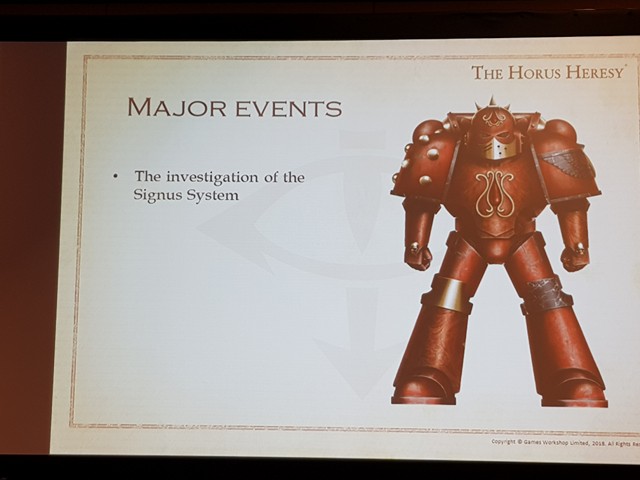 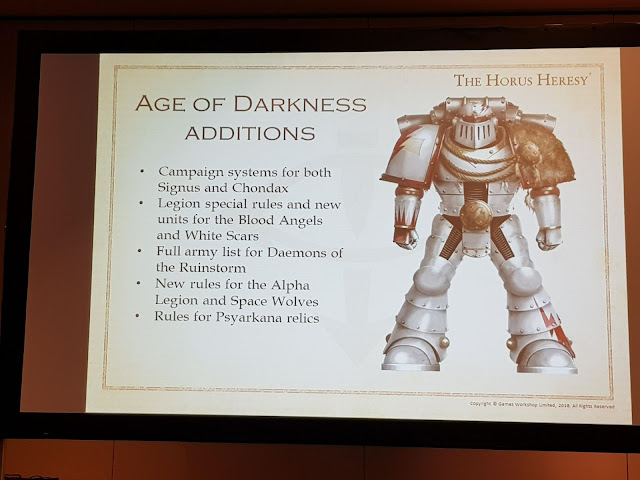 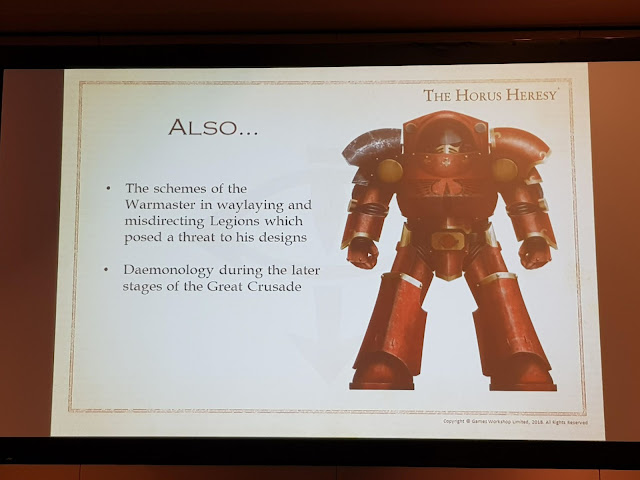 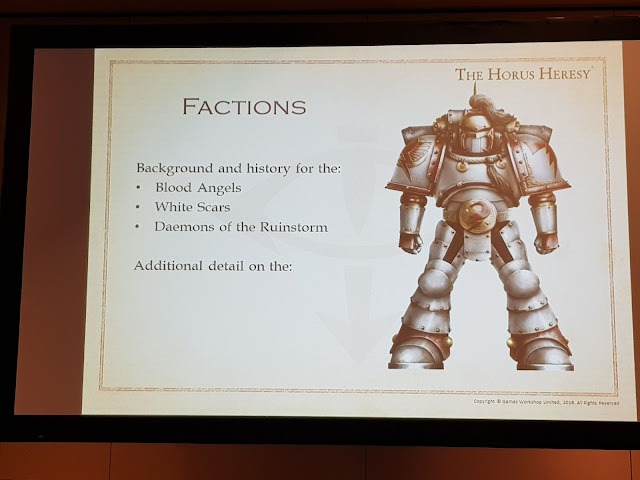 New Daemon kits coming to combat Legions. Variations and upgrades. They are still working on the rules, and are looking at militia style rule builds.

Rules for Jaghatti and Sanguinius!

Book will be hopefully out this year.

Vlka Fenryka are in attendance and it is to do with the Alpha Legion chasing the Rout into the Alaxxes Nebula. Possibly Lord Gunn (oh throne yes!!!!!) will get a character.

Alpha Legion may get some new Characters too (that said, they are all Alpharius, right?)

There will be a new Destroyer unit for the Blood Angels - they wear silver death masks!

Destroyer units will get updated in time. Possibly after they release the Dark Angels in the next Red Book Army Book (where they will be adressing unit options too!).

Sanguinius: will be one of the better melee Primarchs.

Raldoron will get rules (almost certainly) in this book. 1 Primarch and 2 Characters for White Scars and Blood Angels.

Possibly Amit might be with the Fleshtearers faction at a later date. But he is still in the runnings.

Dark Angels hopefully in a book 2019, with the updated red books 2020 (this is a best guessed time line).

White Scars. The previous rules might be updated slightly (from feedback from the community).

Khan will possibly have the option for jet bike, including model option.

Yesugai might not get rules in this book for pretty much the same way as Amit above, he might not be so central to the story they are telling at the moment.

But the White Scars First Captain could get featured!

Book 9 Dark Angels and Night Lords, Dark Mechanicum and the Sarum Campaign too. This is subject to change though. Basically, they have split Angelus in two and added White Scars.

Existing named Daemons will be present, the big ones from Signis may get special rules, but it is likely that you can make your own Greater Daemon with options/structure akin to Militia to build him.

Regards,
Drake Seta and Lady Atia
Posted by Unknown at 15:17