Just like Age of Sigmar, there are 3 main ways to play Kill Team, Open, Matched and Narrative.

Kill Team has something to offer all kinds of gamers – from matched play maniacs to die-hard fans of the narrative – with the core manual alone being absolutely packed with content for you to try in your games. 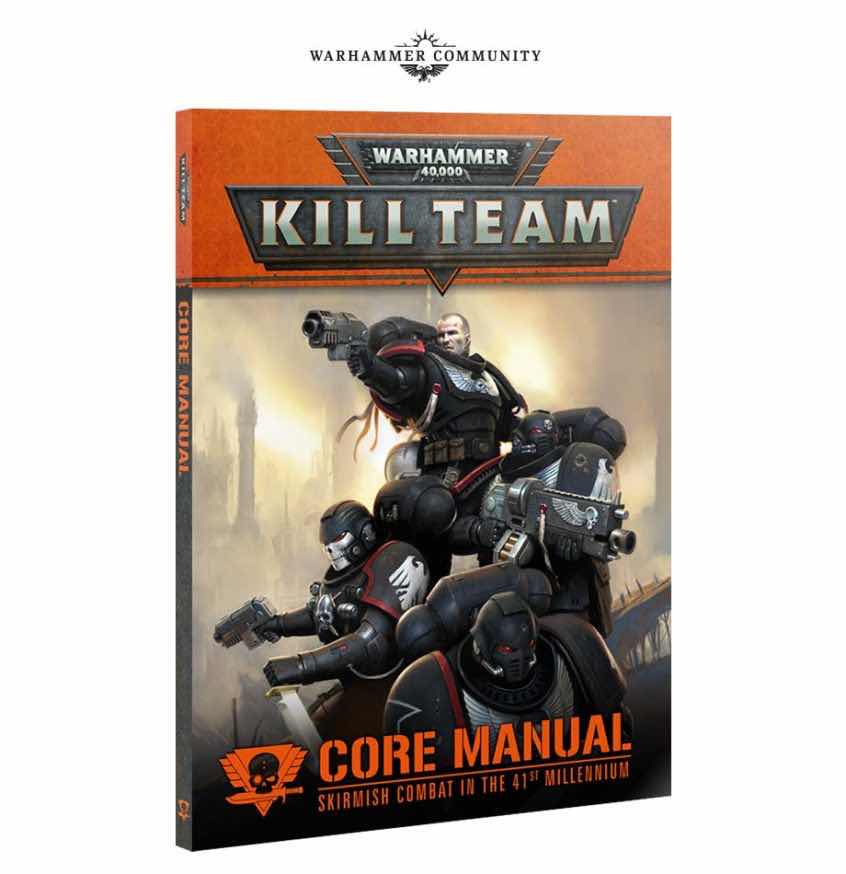 Here’s what you can expect for each of the three main ways to play – open, matched and narrative:

Want to throw down models and have some fun? Kill Team has you covered. Kill Team is a really exciting game experience, providing loads of moment-to-moment action from the first turn to the last. You’ll find picking up the rules easy, and the Kill Team Starter Set is a solid boxed game in its own right, letting you expand your selection of teams and Killzones at your own pace. 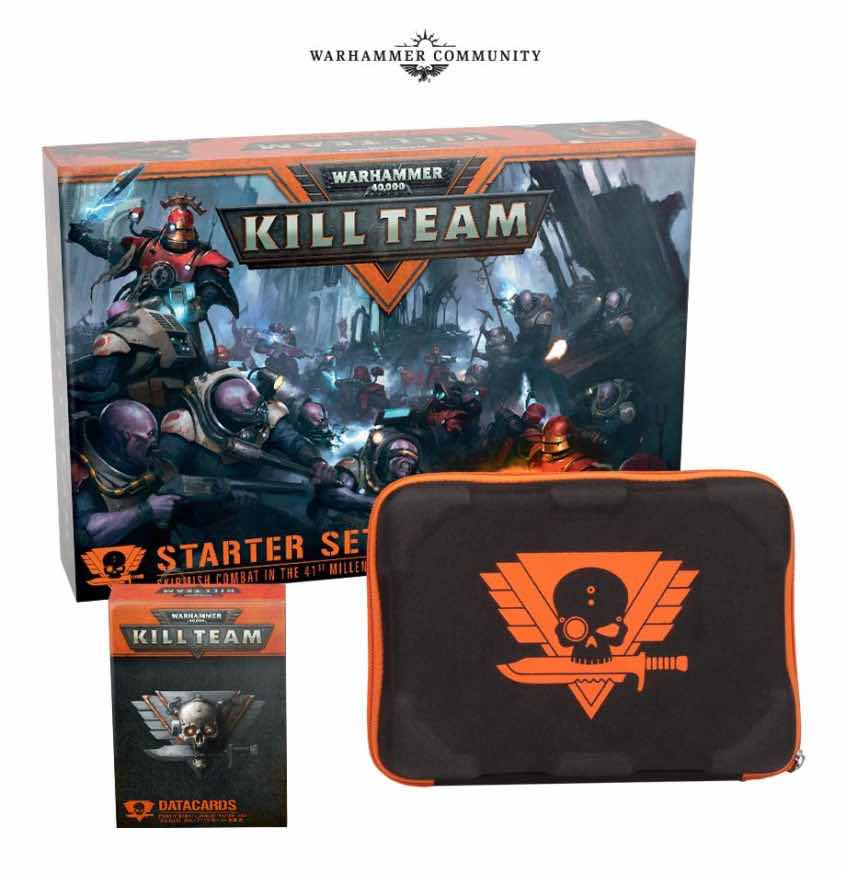 Open play Kill Team can be anything you want it to be. There are 3 missions for open play in the Core Manual to get you started, plus a host of ideas to inspire your future games. Maybe you’ll pit one kill team against endless waves of Poxwalkers to see how long they survive. Perhaps you could enact daring prison escapes with your soldiers? You could even take your favourite moments from Black Library novels and re-enact them yourself. 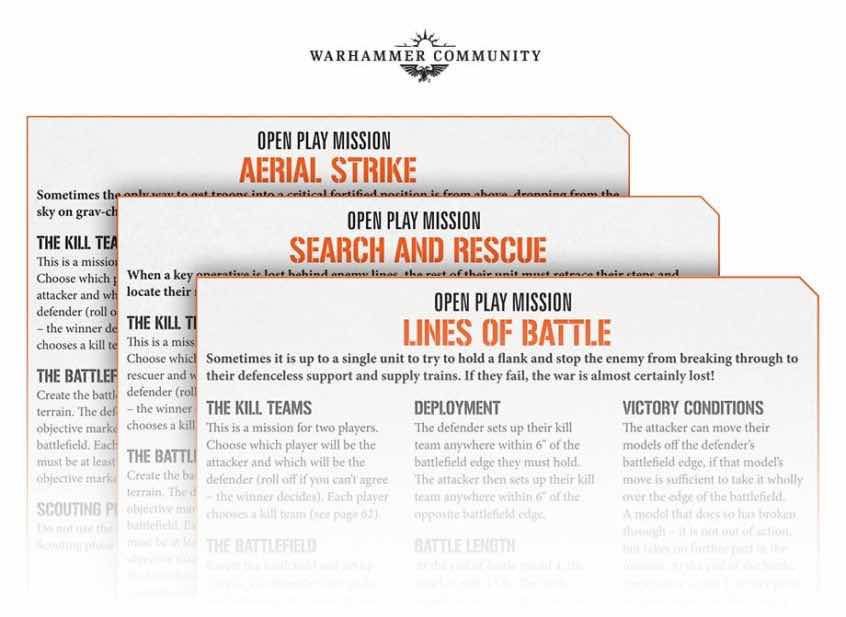 Kill Team is a thrilling, fast-paced matched play game that’s ideal for anything from a quick, 40-minute bout over lunchtime or to fully fledged tournaments. We’ve done our utmost to make this one of our most tightly balanced rulesets ever, with a specially curated unit pool, design insights from the team behind Warhammer Underworlds: Shadespire and relentless playtesting.

While the rules for Kill Team are simple to pick up and master, there’s plenty of tactical depth to explore, including how to make the most of the terrain and how you assemble your team. It takes very little to get started playing matched play Kill Team games – trying out and building a new list is often as simple as grabbing a single kit, while having all the rules in one Core Manual means you’ll be able to research your foes in detail. 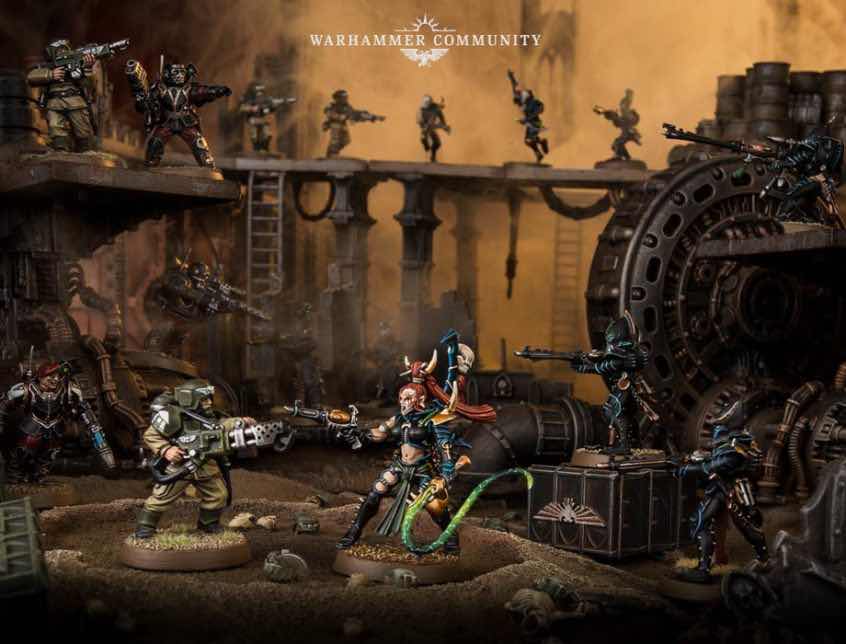 In fact, several events have already announced their plans for matched play Kill Team tourneys already – if you’ve never tried competitive Warhammer before, this could be the perfect place to start.

It’s in narrative play that Kill Team really comes to life, as you fight thrilling missions linked together in campaigns. Every game you play will see your squad develop their abilities, as specialists progress through skill trees and even “normal” fighters increase in power.

Assembling a kill team as you would for matched play, you’ll be battling against enemy players in campaigns of guerrilla warfare where victory hangs on a knife-edge, vendettas flare and operatives turn into battlefield legends. 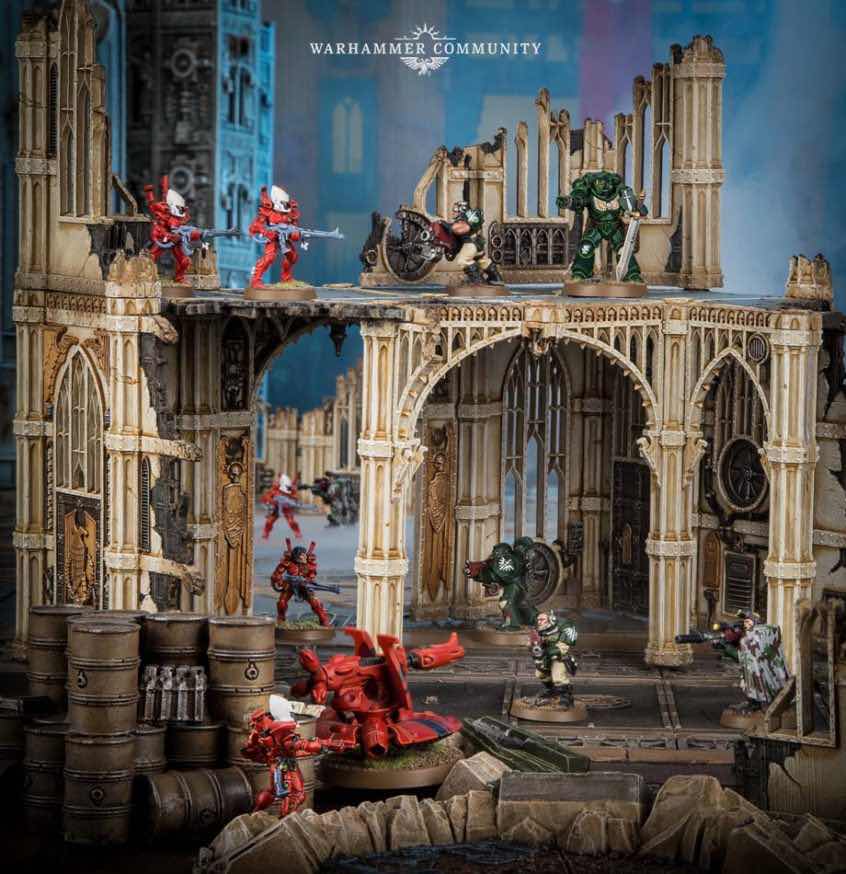 Campaign play is still balanced, with the rules ensuring that your team can meaningfully grow and progress without snowballing – specialists cost more points as they improve, meaning you’ll be able to choose between sending small squads of hardened veterans or larger units of fresher troops into each battle.

Kill Team campaign play is designed to be flexible enough to accommodate anything from two players to a larger gaming group.

Even if you’ve never got stuck in with narrative play before, you’ll find Kill Team makes it easy thanks to a variety of tables that allow you to generate backgrounds and lore for your squad in no time – and if you fancy designing some of your own, you can do that too. We’ll be diving into the roleplay and background generation in Kill Team in more detail soon.

However you want to play Kill Team, you won’t have to wait long now – you’ll be able to pre-order your copy in only a couple of weeks! To whet your appetite in the meantime, we’ll have loads more previews – check back regularly on Warhammer Community, and see what we’ve revealed so far with the Kill Team Focus Index.

This really is a great move by Games Workshop, and it covers all bases. As I am all about the narrative, that is the way I’m sure I will play the most.