Today on the Warhammer Community, there is some more information regarding one of the factions that will feature in Kill Team

Welcome to Kill Team Focus – a new series on Warhammer Community where we take a look at all 16 factions from Kill Team, checking out their unique skills and just which units you’ll be able to field.

We’re kicking of Kill Team Focus with a look at the relentless Skitarii clades of the Adeptus Mechanicus, as well as some of the unique tactics they wield on the battlefield… 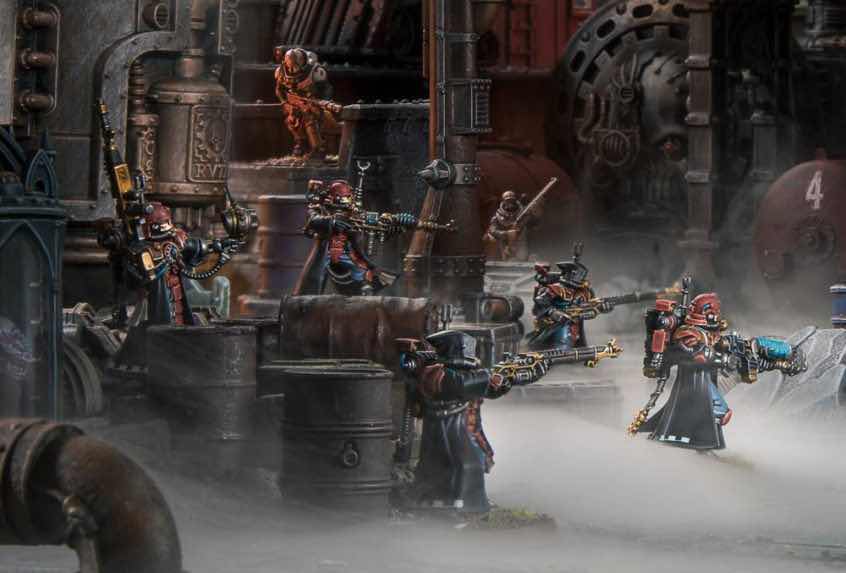 Every turn, you’ll get to choose (or roll for) one of six powerful blessings of the Machine God for your kill team – if you play Warhammer 40,000, you’ll be familiar with these already. They’ll allow you to switch up your tactics on the fly, shifting from hiding with Shroudpsalm to charging in with Chant of the Remorseless Fist when the enemy closes range.

If you like guns, you’ll love Skitarii kill teams. You’ll be able to arm up with plasma calivers, transuranic arquebuses and more, allowing you to build a roster capable of turning any enemy into radioactive ash.

The Adeptus Mechanicus kits are a treat for tinkerers. You can build your whole kill team from two diverse dual kit boxes with loads of options, from cosmetic changes like alternative heads and accessories to wargear like scryer-skulls and data-tethers.

These guys provide long-range fire support to your kill team, whether toting special weapons or just using their galvanic rifles. Alternatively, kit them out with an omnispex and use one as a spotter for one of your more heavily armed troops.

What if Skitarii Rangers were also dangerously radioactive? Skitarii Vanguard fight much like their brethren, while also sapping the Toughness of anyone they get close enough to – you’ll want to keep one on your front lines for this very reason.

Sometimes, shooting just won’t cut it in Kill Team – which is where the Ruststalkers come in. Capable of closing in on the foe at terrifying speed, you’ll be able to turn entrenched foes into coleslaw in a blitz of their transonic blades…

Striking a balance between shooty and choppy Skitarii units, Sicarian infiltrators are just as comfortable gunning foes down as they are electrocuting them with their taser goads – AND they mess with enemy Leadership to boot!

Adeptus Mechanicus Tactics allow make the most of this kill team’s adaptability and represent the various high-tech augmentations wielded by their troops. 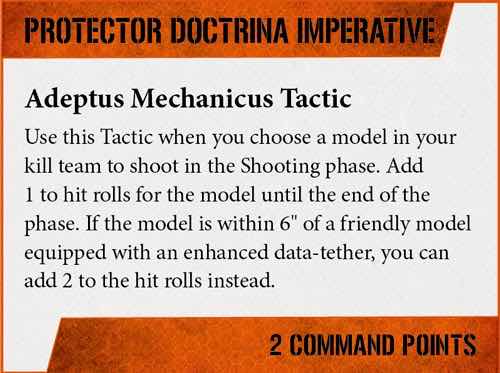 Modifiers to hit are everywhere in Kill Team – this Tactic allows you to reliably hit foes hiding at long range or ducking behind cover.

In Kill Team, games begin with a Scouting phase – a deadly battle of wits where both players select secret strategies. Scryer-Skull allows you to avoid traps your opponents lay in this phase…

With enough models to build a mix of Skitarii Vanguard and Skitarii Rangers, not to mention some unique tactics cards, the Kill Team boxed set is a must-have for Adeptus Mechanicus players – but if you can’t wait, we’d recommend getting some Sicarians to round out your roster in the meantime. 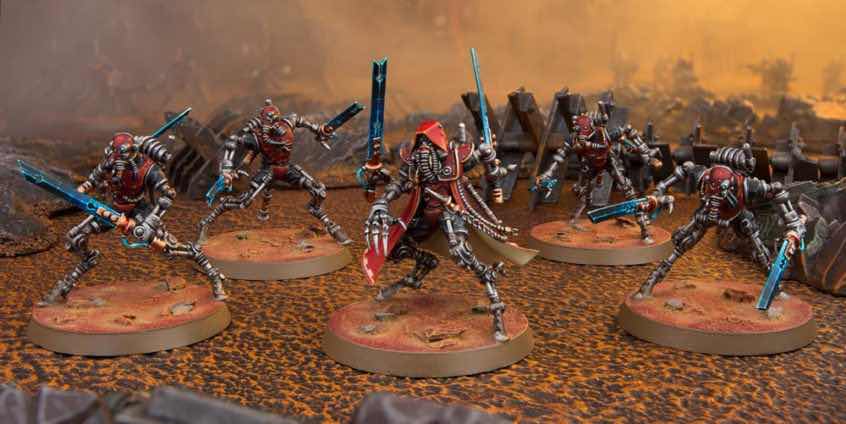 Find yours online or in your local store, and make sure to come back tomorrow when we’ll be looking at the insidious Genestealer Cults…

A really great looking force. My choice will be the Genestealers however.