For some, Kill Team will be a game of tactics and strategy – a battle of wits where every decision is deliberate and exacting.

Orks – and Orks players – tend to take a different approach, preferring instead to blitz through the enemy in a mass of dakka, choppas and muscle, spreading anarchy and leaving enemy kill teams in the dust. In today’s Kill Team Focus, we’re looking at the unique charms of an Orks kill team, as well as checking out the units and Tactics you’ll be able to use…

Orks kill teams are really versatile, with five different units to draw their team members from – from the ‘umble Ork Boy to dakka-spraying Lootas.

Like converting? You’ll love Orks! From chopping and changing heads, weapons and armour between kits to lootin’ guns and gear from the rest of your bitzbox, there really is no limit…

Orks are a close-combat warband through and through – if you want to win Kill Team in brutal melee, they’re the kill team for you.

Strong, tough and numerous, Boyz will be the backbone of many kill teams, excelling at close-quarters warfare.

The sneakiest gits around, Kommandos are dangerous close-combat fighters who are nearly impossible to hit in cover – use them to hunt shooty foes.

Who needs aim when you’ve got a burna? These flexible Orks troops are great in the close confines of Kill Team, whether in melee or torching enemies in cover.

Orks with a knack for re-appropriating enemy war materials, Lootas provide long-ranged fire support for their kill teams with their dreaded deffguns.

Let’s face it – Gretchin are not exactly the most heroic fighters. They are, however, very easy to hide in cover, cost next to no points AND can be your leader if you’re bold enough to recreate the glory days of the Gretchin Revolutionary Committee.

Orks are well known for making up for any deficiencies in accuracy with sheer volume of firepower. This Tactic allows you to immediately open fire again on the foe and is great when combined with Burnas or other weapons that hit automatically. 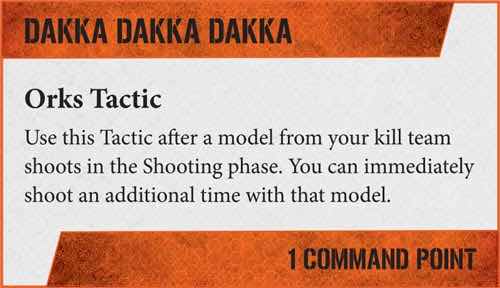 Picture the scene – you’ve dashed out of cover to blast some ‘umie to smithereens, when suddenly, you’re in the gunsights of all the other ‘umies! By grabbing the nearest grot, you’ll be able to fight another day… 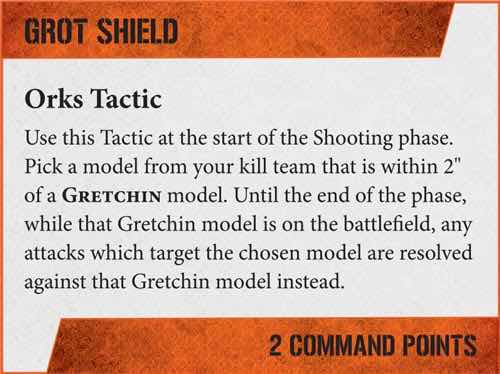 At launch, players looking to make the most of their Orks will want to make sure they pick up the Krogskull’s Boyz expansion – with Burna Boyz (or Lootas, depending on how you build them). 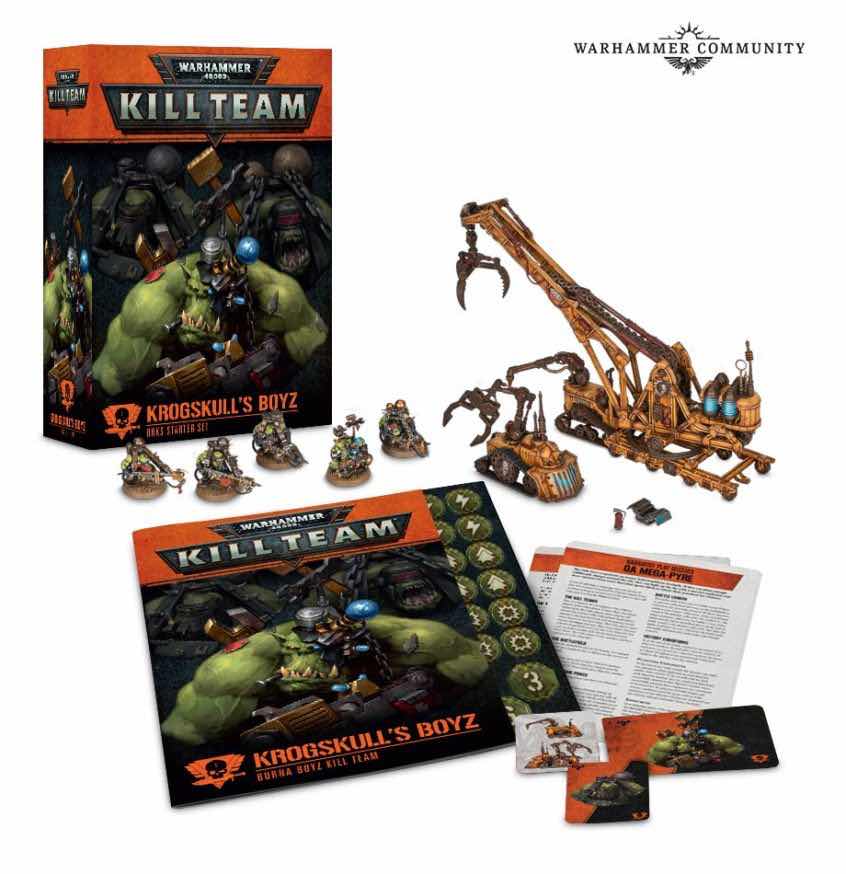 Of course, there’s no reason not to start right away – a set of Kommandos is well worth it for a Kommando Boss Nob alone, a stealthy bruiser who’s both thematically fitting and deadly on the tabletop. 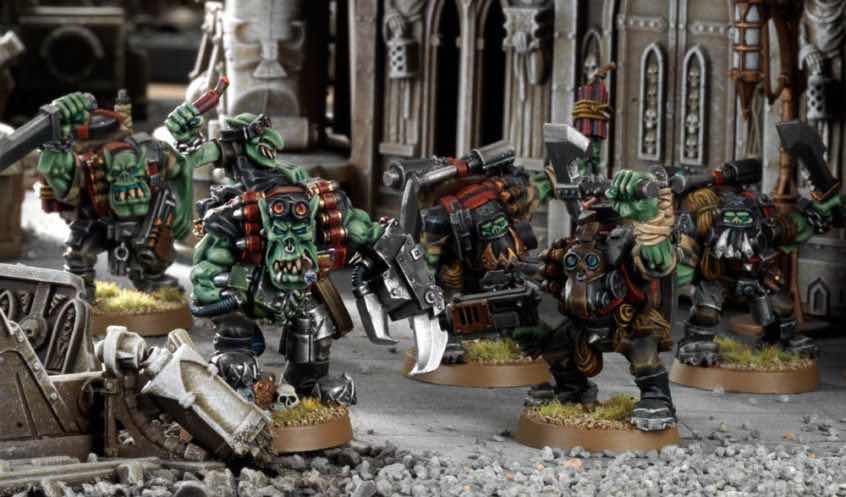 Get yours online today – and stay tuned for tomorrow’s Kill Team Focus, where we’re checking out the brave troopers of the Astra Militarum.

I have always loved the Orks. A really fun army with ton of character. I’m sure this will be no different in Kill Team